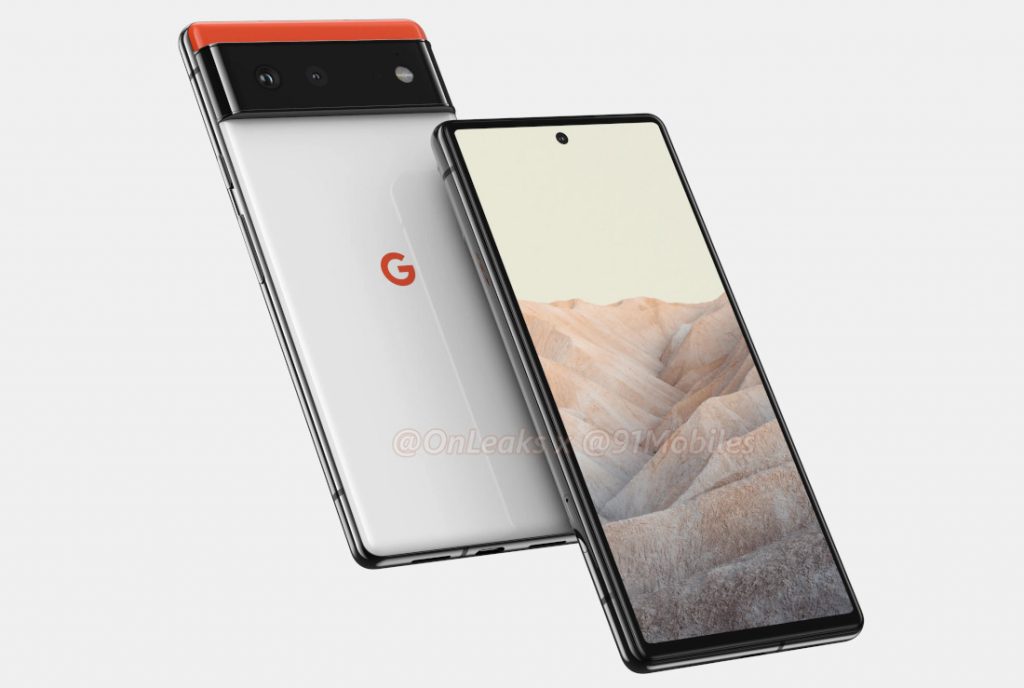 Google Pixel 6 and Pixel 6 Pro surfaced in renders last week, thanks to leaker, Jon Prosser. It didn’t reveal the complete design of the phones. After the Pixel 6 Pro, detailed CAD-based renders of the Pixel 6 have surfaced, thanks to OnLeaks. This shows the chin below the display, and the phone is said to feature a 6.4-inch flat AMOLED screen, compared to 6.67-inch curved AMOLED screen in the Pro version. It has minimal bezels and an in-display fingerprint scanner and the image shows centre punch-hole that was had seen in earlier renders. 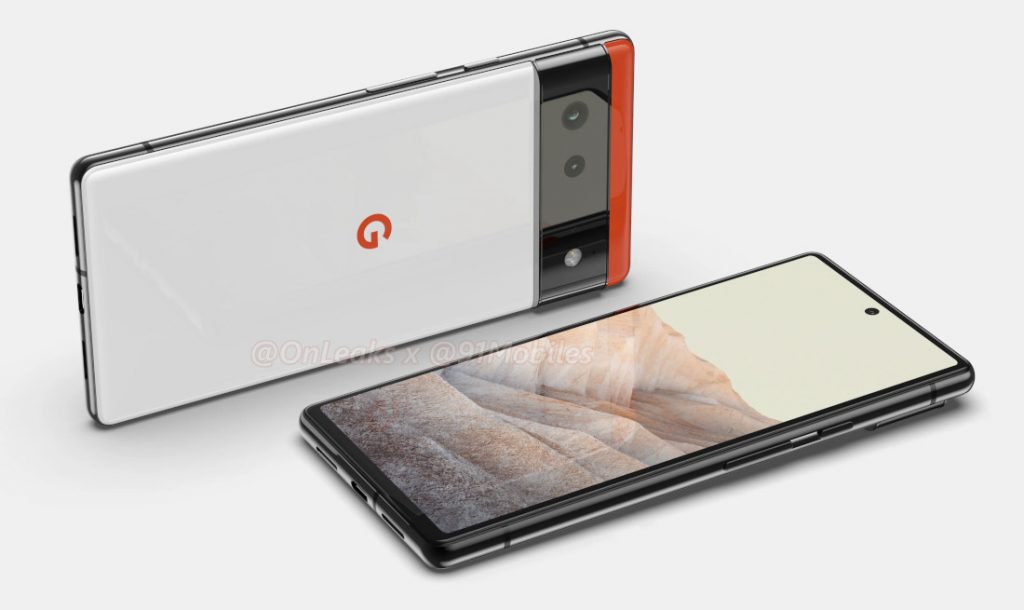 The design of the phone is similar to the Pixel 6 Pro that includes a USB Type-C port and loudspeaker grill on the bottom and the phone has a metal frame with cutouts for the antenna, according to the images. It is said to come with support for stereo speakers with a top and bottom speaker unit. The image shows power button and volume rockers on the right side.

Compared to triple rear cameras in the Pro version, this is said to feature dual rear cameras, which could be main and ultra-wide camera. The LED flash is present next to it along with an unknown sensor next to it, which could be laser autofocus sensor. There is a two-tone design with an orange colour on the top, huge camera bump below it and the rest of the back is white, but the final colour might be different.

The phone is said to measure 158.6 x 74.8 x 8.9~11.8mm (with the camera bump). It is also said to support wireless charging, but the battery capacity is not known yet. Earlier rumours revealed that the Pixel 6 series will be powered by Whitechapel chip, which is a custom-chip being developed by Google. We should know more details about the phone in the coming months before the phone goes official sometime later this year.