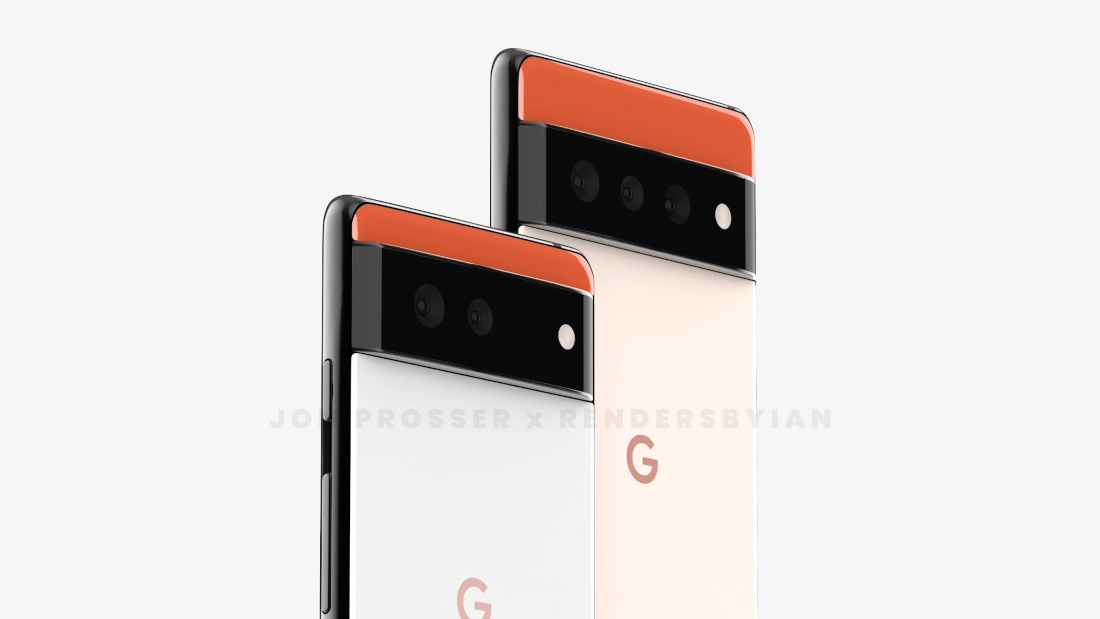 Another day, another possible leak in the busy smartphone world. This time its Google’s turn, as new renders of the upcoming ‘Pixel 6’ and possibly ‘Pixel 6 Pro’ have been leaked, revealing a radical new design. If these renders are accurate, this Pixel 6 design would be quite a big departure from Pixel smartphone designs in the past. 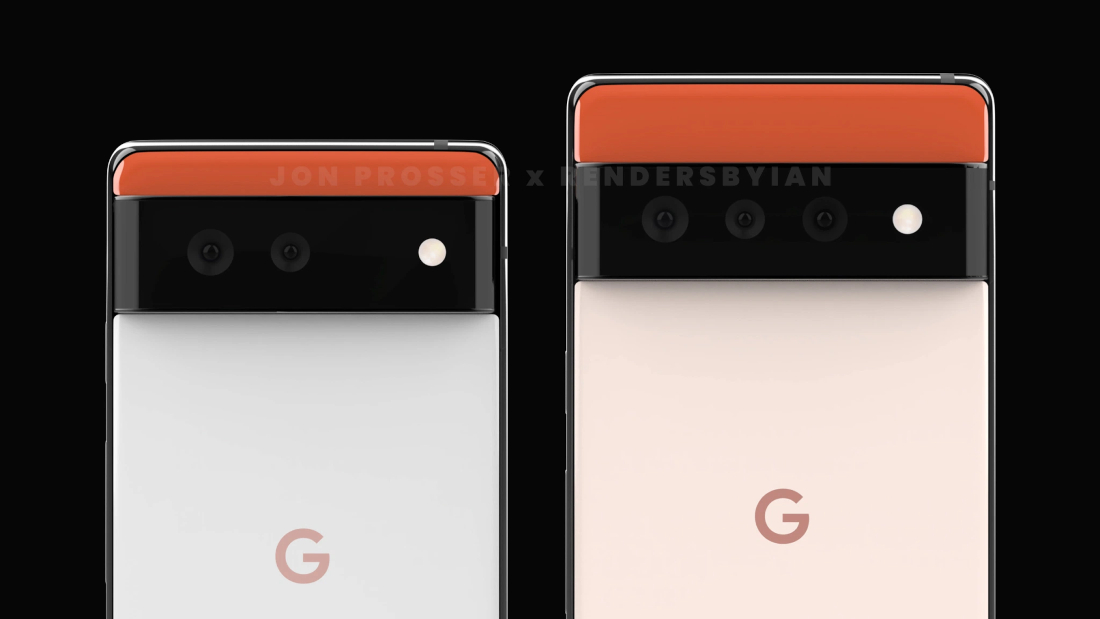 The renders were posted by popular leaker, Jon Prosser, who recently revealed renders of a new Apple Macbook model. According to Prosser, Google is developing two phones for the Pixel 6 lineup, the smaller one will be called ‘Pixel 6’ and the bigger model will be called ‘Pixel 6 Pro’. This would mean that Google is ditching the “XL” naming scheme for their bigger phones. 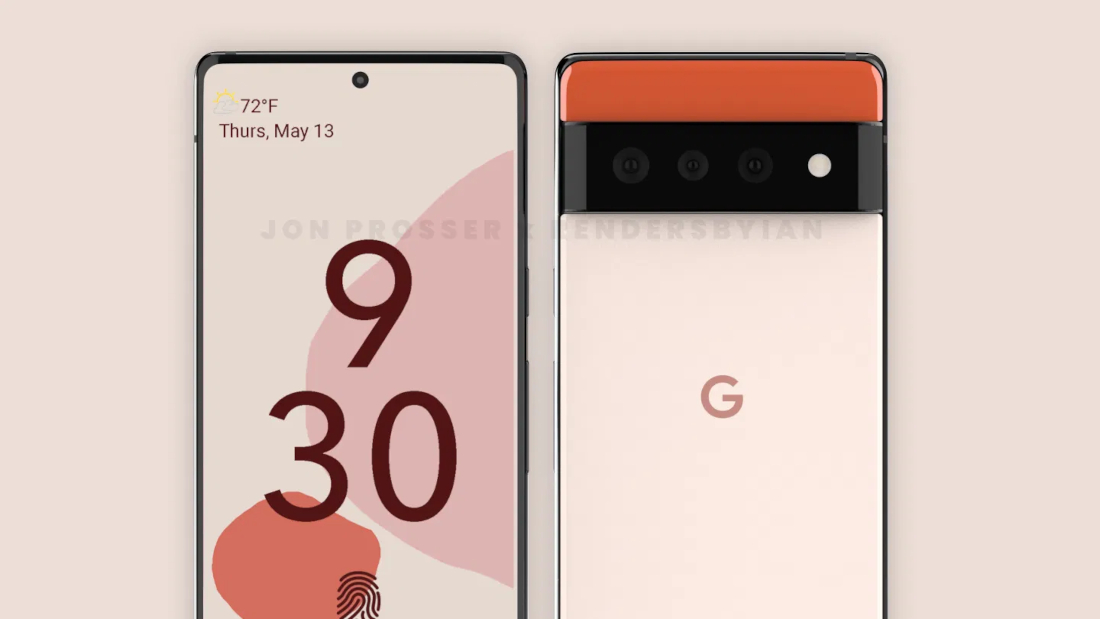 The front of the rumoured Pixel 6 appears to have all around thin bezels, with a center punch hole for the front camera, instead of being on the left corner like the Pixel 5. There is also an in-display fingerprint sensor in the bottom half of the display. 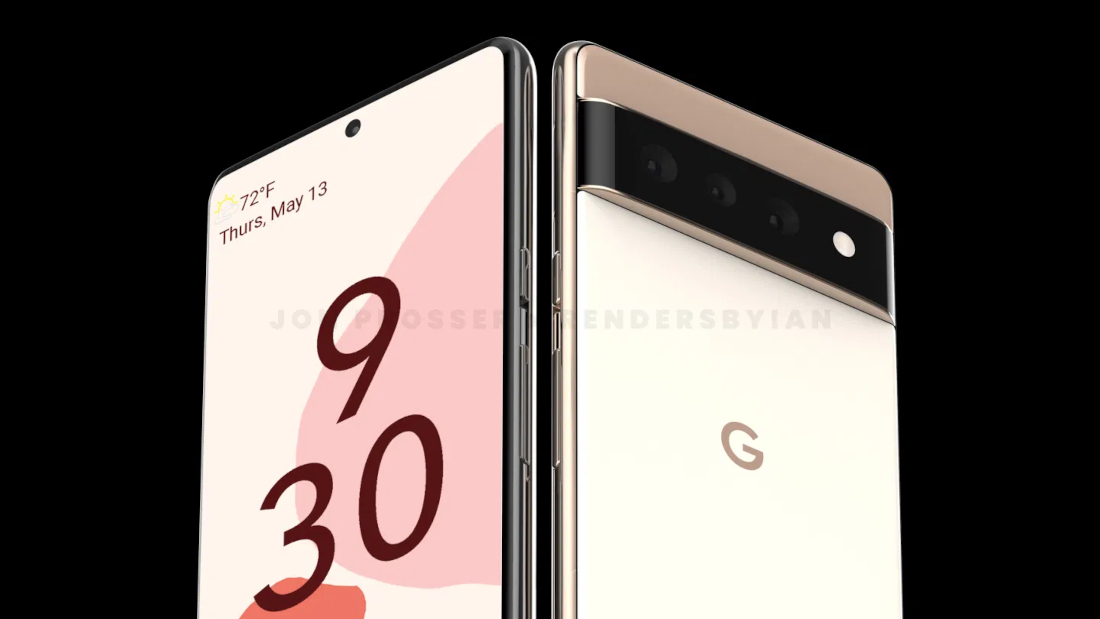 Above the camera module is a bit of coloured accent, which come in two colours – Orange and Champagne. However, other rumours claim that these colours aren’t accurate.

In fact, there is no information about the internal specs about these Pixel 6 smartphones either. The only rumours about them are that they will be running the Whitechapel chip inside, which is a custom-chip being developed by Google.