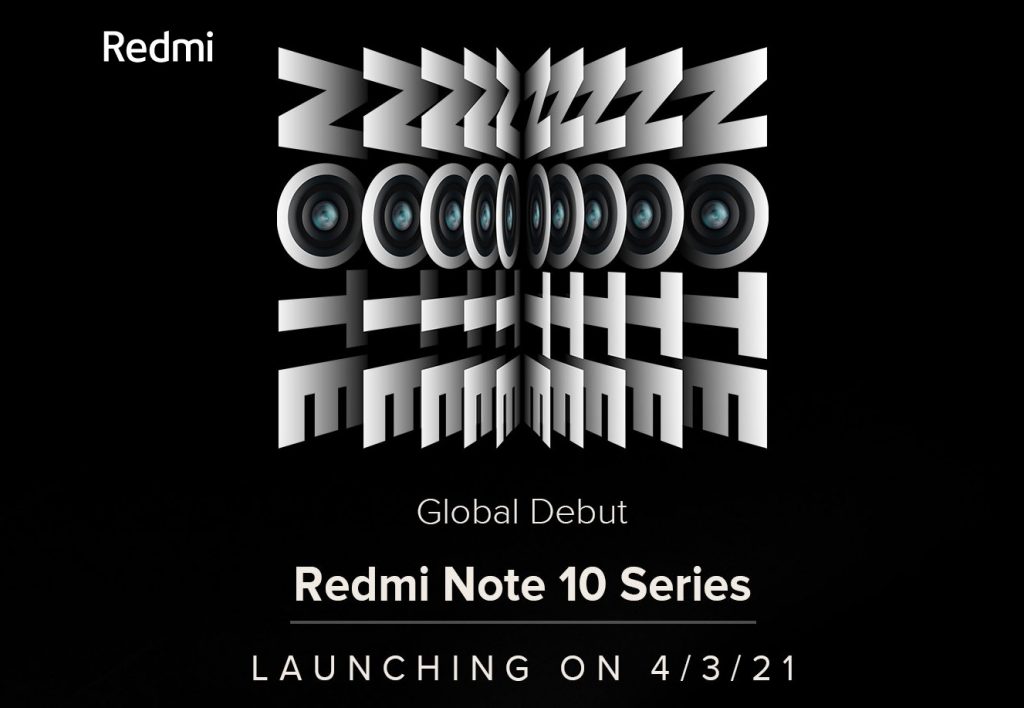 Update: Xiaomi’s Redmi brand has confirmed that the Redmi Note 10 series will make their global debut in India on March 4th.

The teaser shows several cameras hinting at a big camera upgrade and the company yesterday posted #SM10THChallenge ahead of announcement, so it will likely come with a high refresh rate screen.

Based on earlier rumours and the FCC certification, the Redmi Note 10 (M2101K6G) will come with a 120Hz FHD+ LCD screen, powered by Snapdragon 732G Mobile Platform with up to 6GB of RAM, 64MP quad-camera system and a 5000mAh battery with support for fast charging. The Redmi Note 10 Pro 5G (M2101K6I) is also expected alongside with up to 8GB of RAM. It is not clear if we can expect the Redmi Note 10 Pro Max version like the last time.

We should know more details including the exact launch date in India soon.