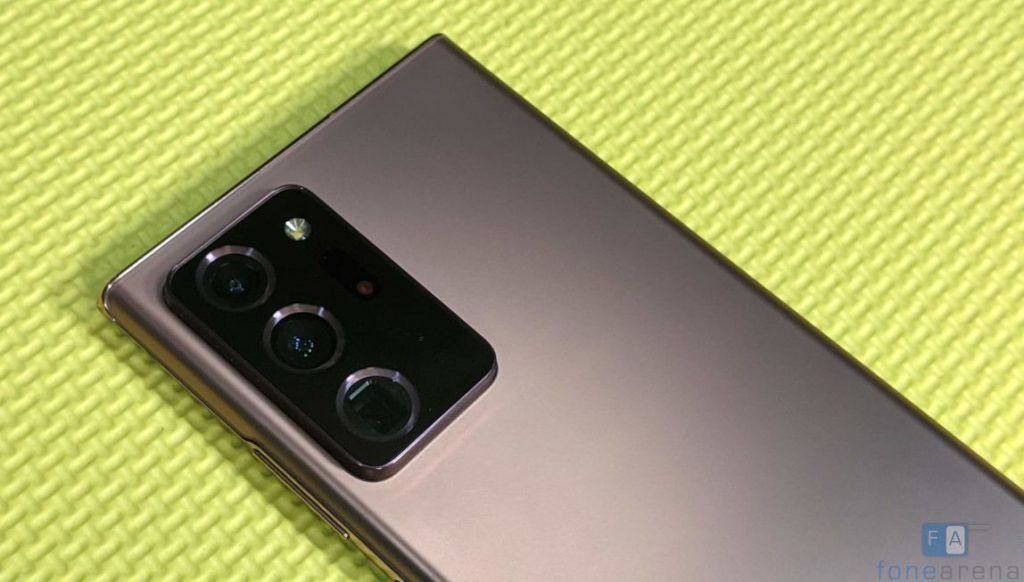 Samsung Galaxy Note 20 Ultra was launched last year packing triple rear cameras. Here we have the camera samples and the camera review of the phone.

On the video front, the Samsung Galaxy Note 20 Ultra can record 8K@24fps, 4K@60fps, 1080@60fps, and 720@30fps.  There is a Pro Video mode that lets you control various aspect of the device including ISO, Aperture, Focus, White Balance and others. Samsung has added support for an external Bluetooth mic for recording audio during video shoots

With Note 20 Ultra, Samsung has addressed several issues that persisted on the S20 Ultra including, focus issues with a dedicated laser auto-focus sensor. As expected, the daylight shots were excellent, with a slight saturation tone to it, typical Samsung. Focusing was quick most of the time. In the case of macro photos, we zoomed it 2X and shot. It gives the same effect as a macro with good natural depth.

In terms of zooming capabilities, the output looks sharp and detailed till 10X, and anything beyond 20X looks kind of washed out and blurry. At max, you can go up to 50X using the buttons that appear on the sides. Most of the zoomed images are better than what we saw in the Galaxy S20 Ultra.

The 108MP mode, which for some unknown reasons kept in the aspect ratio bar, offers plenty of details. The ultra-wide camera is good as well and maintained the same color profile as other cameras.

As expected, the low-light performance was good. It manages to pick up and retain the detail, color saturation is better too. The Night mode kicks in the pseudo-long exposures and brightens the darker areas, but in the right way.

The front camera, on the other hand, takes good selfies during the daytime and passable ones at night. There are options for individual and group selfies as well. The portrait photos (Live Focus mode) comes out well most of the time but occasionally leaves focus alongside the border of the subject.