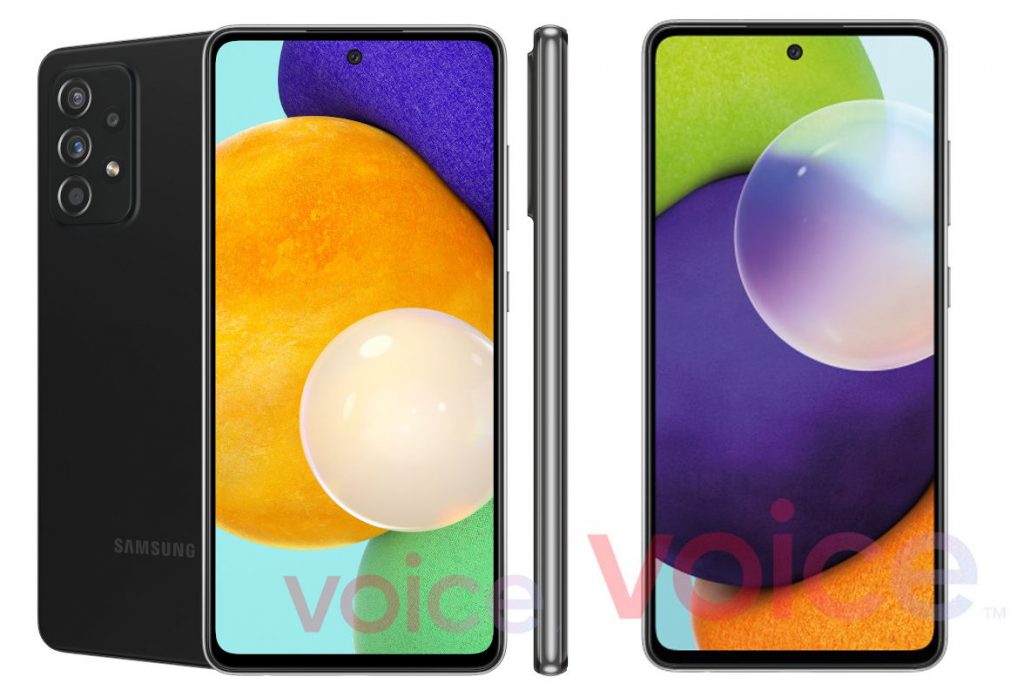 After the CAD renders of the Galaxy A52 5G and Galaxy A72 5G last month, now the press renders of the smartphones have surfaced, thanks to @evleaks. This shows a punch-hole display for both the smartphones and a rectangular rear camera housing with a quad camera setup in the Galaxy A52 5G. Based on earlier renders the Galaxy A72 5G is also expected to feature a similar quad camera setup but the position of the fourth camera and the LED flash are expected to be interchanged.

Earlier rumours revealed a 6.5-inch and 6.7-inch FHD+ AMOLED flat display with an in-display fingerprint scanner, and an Infinity-O front camera for the A52 and A72, respectively. The phones are said to feature a 64MP main camera, and the earlier rumours revealed a 12MP ultra-wide camera along with 5MP depth and macro sensor for the A72. These phones should run Android 11 and One UI 3 out-of-the-box.

These are said to be powered by Qualcomm Snapdragon 750G Mobile Platform and 6GB RAM with 128GB for the A52, while the A72 is also expected to come in 8GB RAM with 256GB storage version. There are also reports of Snapdragon 720G-powered 4G version. We still don’t have and details on the battery capacity yet.

The Samsung Galaxy A52 and A72 smartphones in the A series are expected to be introduced in the next few weeks.