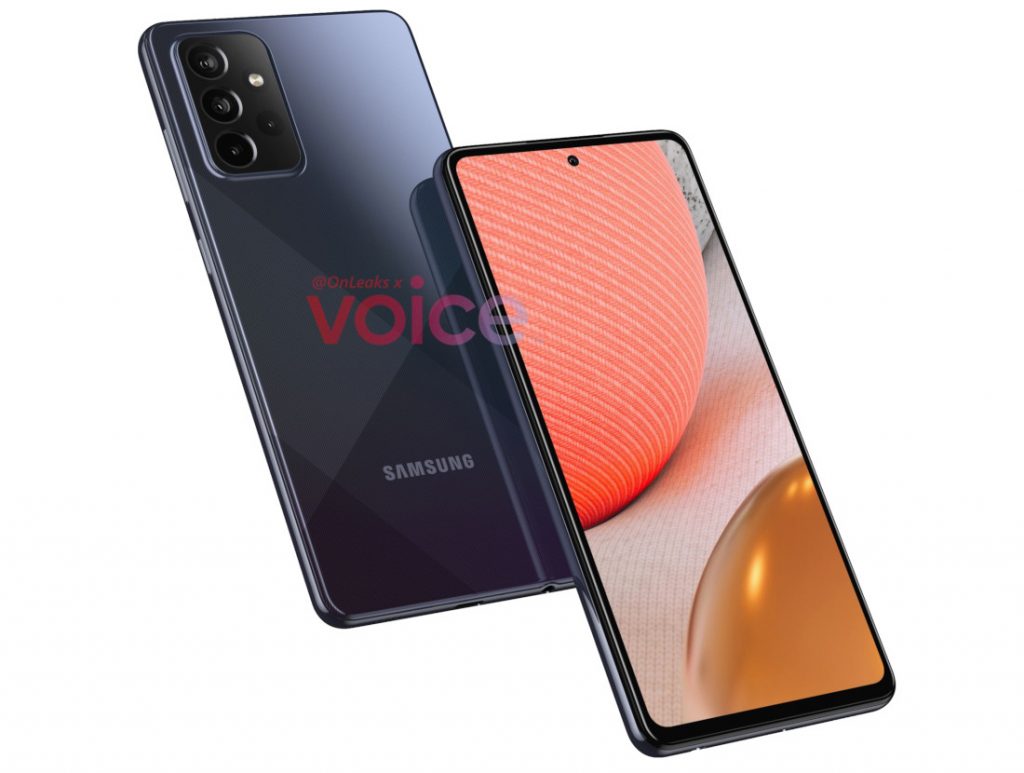 After the renders of the Galaxy A52 5G that surfaced last week, now the CAD renders of the Galaxy A72 5G has surfaced online. This shows a similar Glasstic rear panel as the A52 and the phone is said to feature a 6.7-inch FHD+ AMOLED flat display with an in-display fingerprint scanner, and an Infinity-O front camera which might feature a 32MP sensor similar to the predecessor. 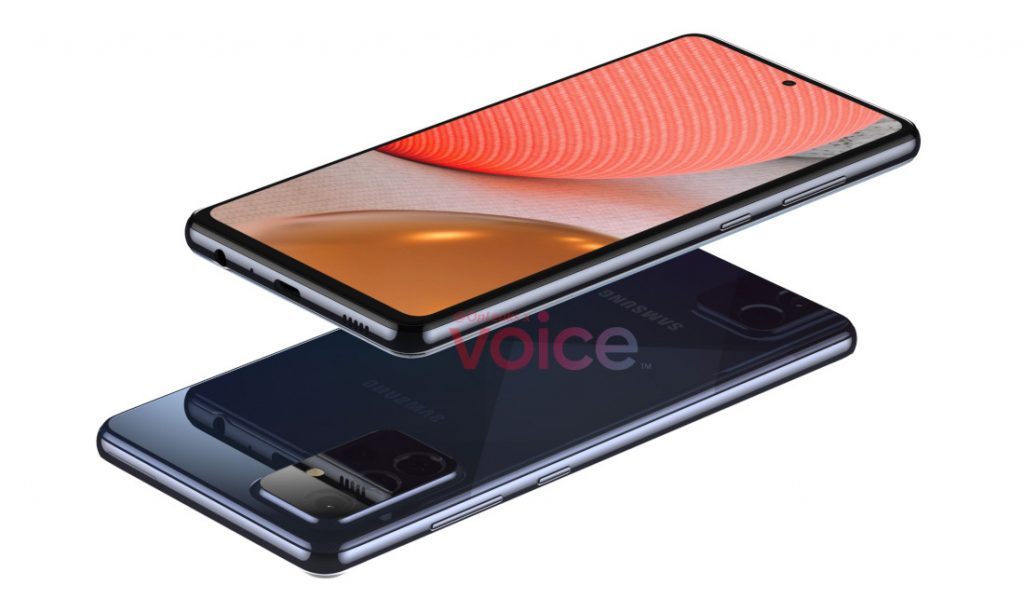 The 3.5mm jack is still there. The phone is said to feature at least 64MP main camera, and the earlier rumours revealed a 12MP ultra-wide camera along with 5MP depth and macro sensors. The phone will measure 165 x 77.4 x 8.1mm (nearly 9.9mm with the camera bump).

The Galaxy A71 5G is powered by Exynos 980, but it is doubtful if the successor will be powered by the latest Exynos 1080 SoC. Samsung already confirmed that it will debut in the Vivo X60 smartphone first, and it is expected to remain exclusive for the Chinese market for a few months. So, this might come with Snapdragon 765 SoC. We still don’t have and details on the battery capacity yet.