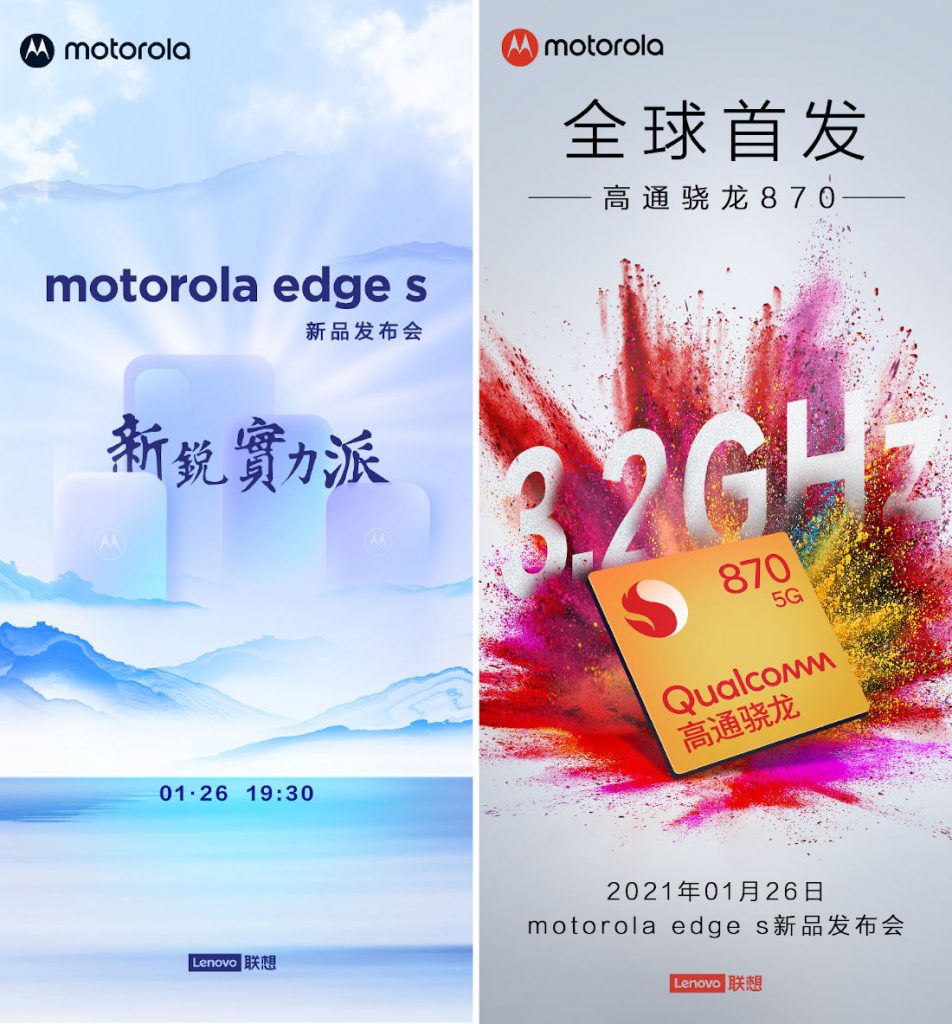 Qualcomm introduced the Snapdragon 870 as an upgrade to Snapdragon 865 Plus yesterday. motorola has confirmed that it will introduce motorola edge with the SoC in China on January 26th. Based on earlier rumours this  is codenamed “nio” and some rumours said that it is expected to be launched under the moto G series.

The motorola edge s launch event starts at 7:30 PM China time (5PM IST). Even though iQOO, OnePlus, OPPO, and Xiaomi have confirmed to use Snapdragon 870, Motorola will be the first one to use the SoC. The upcoming OnePlus 9 Lite and one of the variant in the Redmi K40 series is expected to be powered by Snapdragon 870.