LG unveiled its WING smartphone with a unique swivel screen last week. Today the company already confirmed that it will go on sale starting from South Korea starting from October followed by key markets in North America and Europe. Today it has confirmed that it will be available from early October in South Korea priced at 1,098,900 won (US$ 943 / Rs. 69,385 approx.). As a part of launch offer in October, it will offer 70% discount on the replacement cost when the main screen or the second screen is damaged within two years. 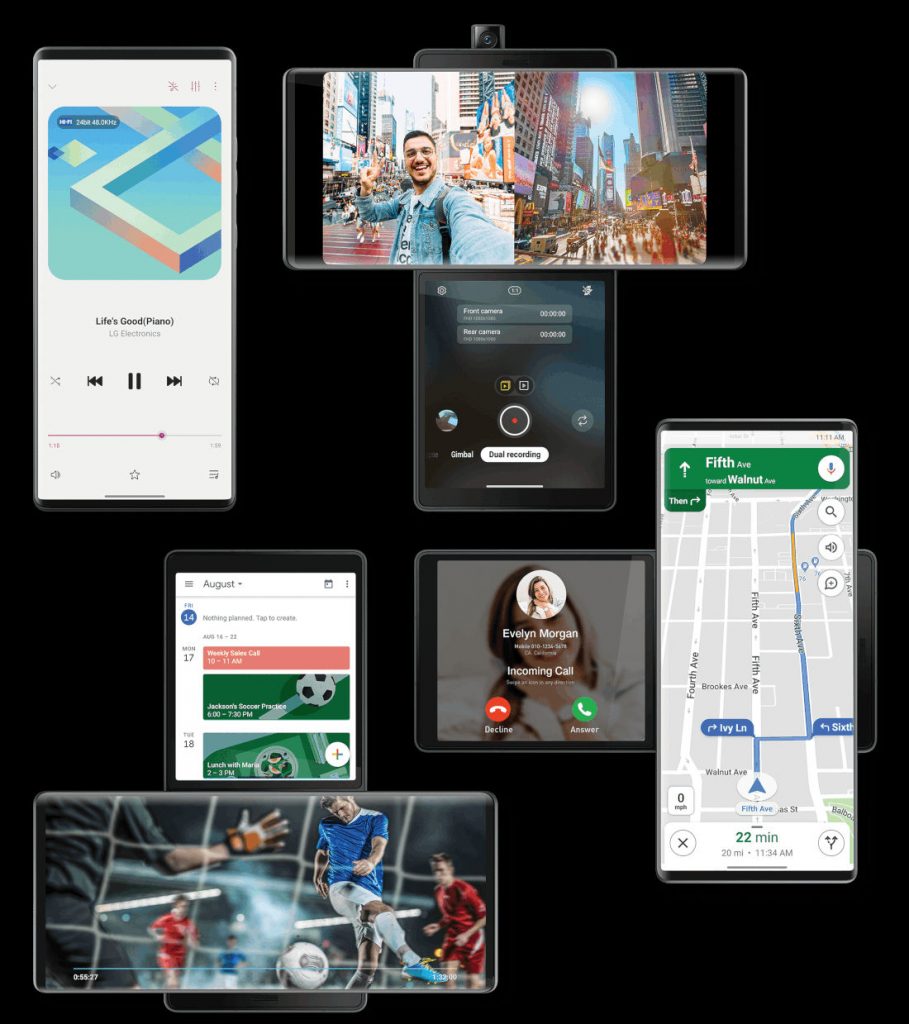 The phone packs a 6.8-inch P-OLED FullVision main screen and a 3.9 inch FHD+ hidden Second Screen that lets you use the phone in Swivel Mode in which the entire front of the phone rotates clockwise 90 degrees allowing users to interact with the Second Screen while content plays uninterrupted on the Main Screen.The hinge module with Hydraulic Damper reduces stress on mechanism when the Main Screen is rotated and the Thermoplastic polyoxymethylene is applied to the back of the Main Screen to facilitate smoother swiveling and to prevent scratches on the Second Screen.