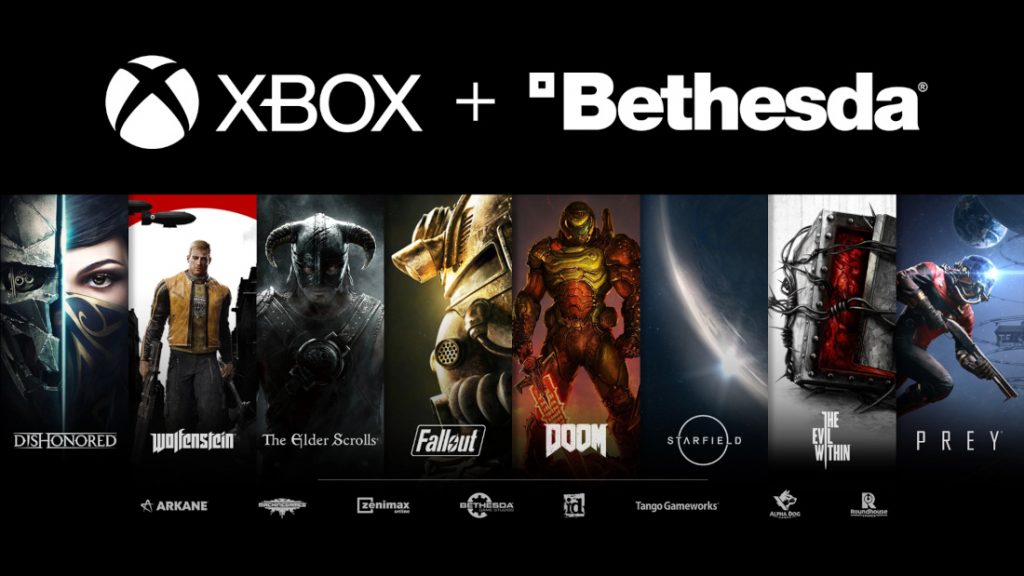 In a move that was quite surprising and also quite confusing to many, Microsoft has announced its acquisition of ZeniMax Media, which is the parent of the famous game publisher, Bethesda Softworks, for a price of $7.5 billion.

Bethesda Softworks is the game studio that was behind many popular games such as The Elder Scrolls, Fallout, Wolfenstein, DOOM, Dishonored, Prey, Quake, Starfield , etc. Naturally, with Bethesda Softworks joining the Xbox family, there are fears of their games becoming exclusive to the Xbox. However, considering Microsoft’s recent moves towards becoming more consumer friendly, it appears that Microsoft does not care about exclusivity for their consoles anymore.

While Sony is continuing to focus on garnering exclusives for the PS5 platform, Microsoft is more invested in making its Xbox Game Pass more enticing for consumers. Having Bethesda’s games added to the Game Pass library is huge bonus for Microsoft and will definitely increase the number of customers for the Game Pass.

Microsoft has confirmed that two of Bethesda’s games — Deathloop and GhostWire: Tokyo would remain as PS5 timed-exclusives. Other games would be considered on a case by case basis on whether Microsoft will release Bethesda’s games to other platforms.