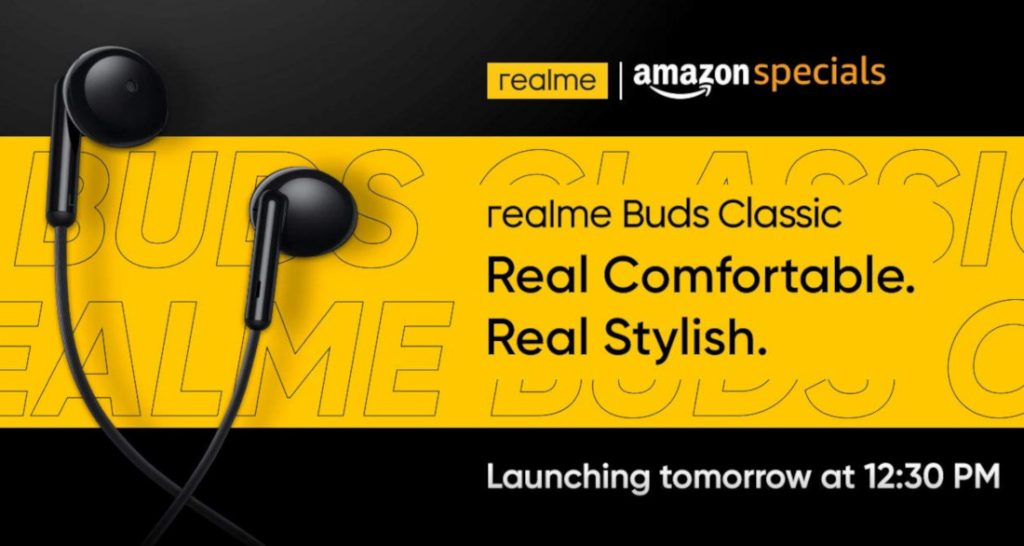 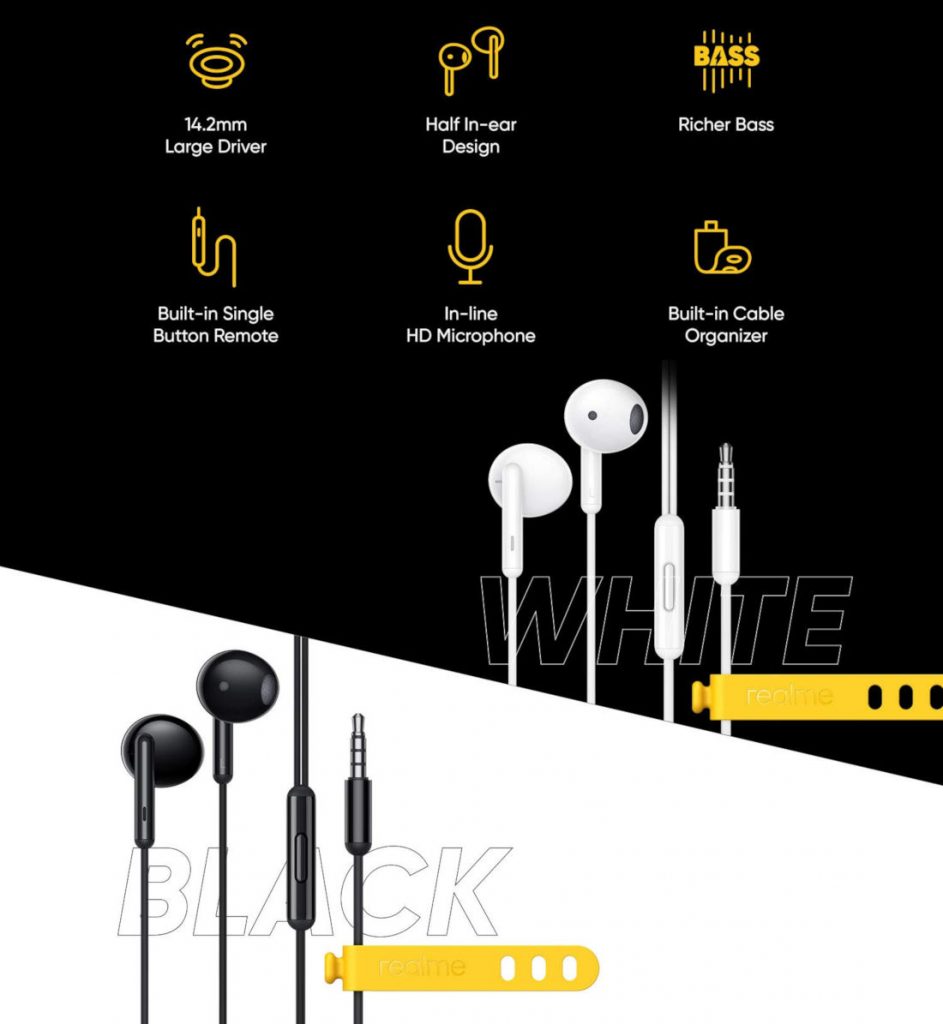 It will come with single button remote for call and music control, in-line microphone, built-in cable organizer and will be available in Black and White colours. The company says that the half-in design with a rounded shape will fit the ear canal comfortably, and the 14.2mm drivers promise deeper bass and clear vocals.

The realme Buds Class is expected to be cheaper than the earlier realme Buds models. We should know the exact price when it is launched tomorrow. It will be sold on Amazon.in and realme India online store.