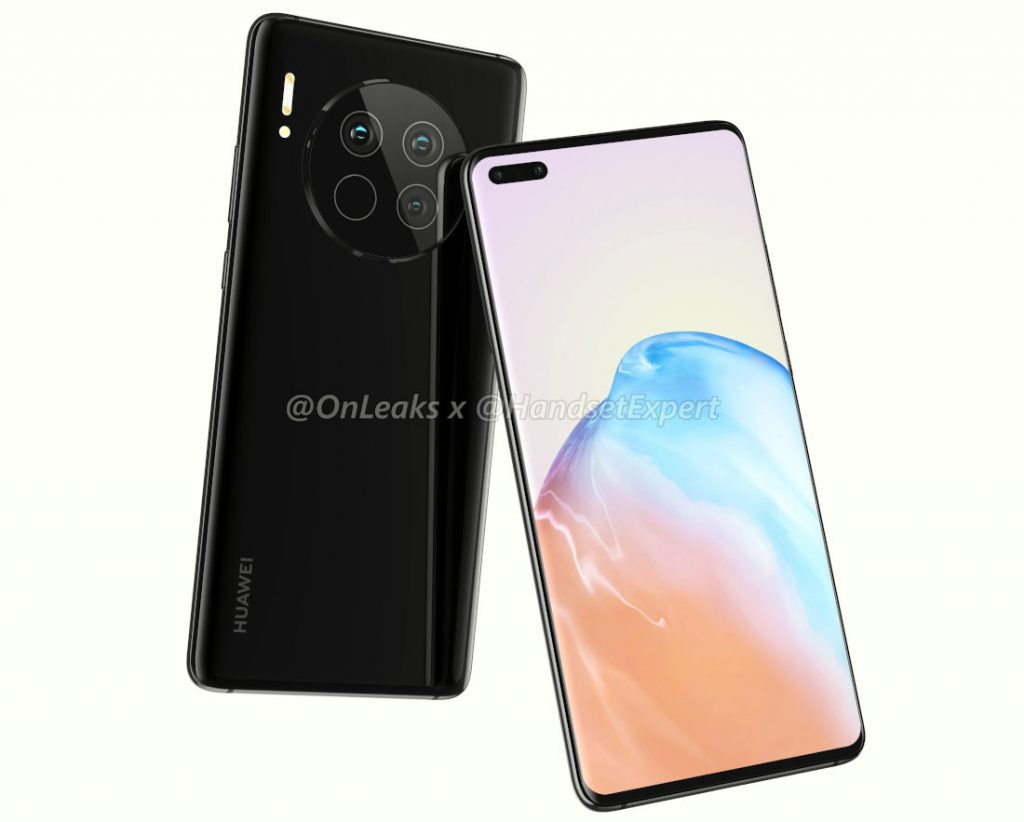 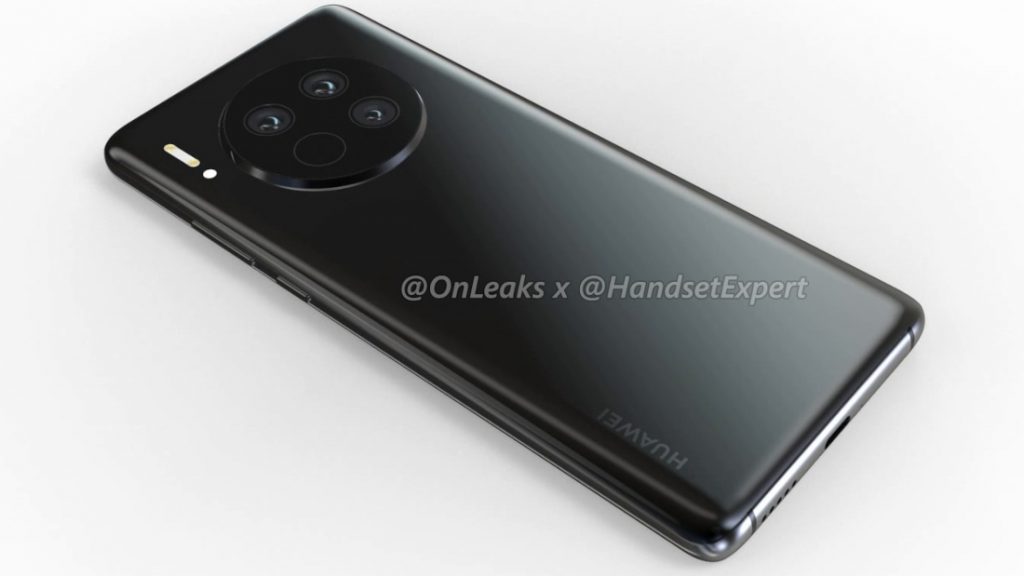 Looking at the rear of the device, we see a huge camera system housed in a pretty sizeable bump. Inside we can see three camera sensors and an extra sensor whose purpose is unknown. Flanking the camera bump on the left side is an array of flashlights. 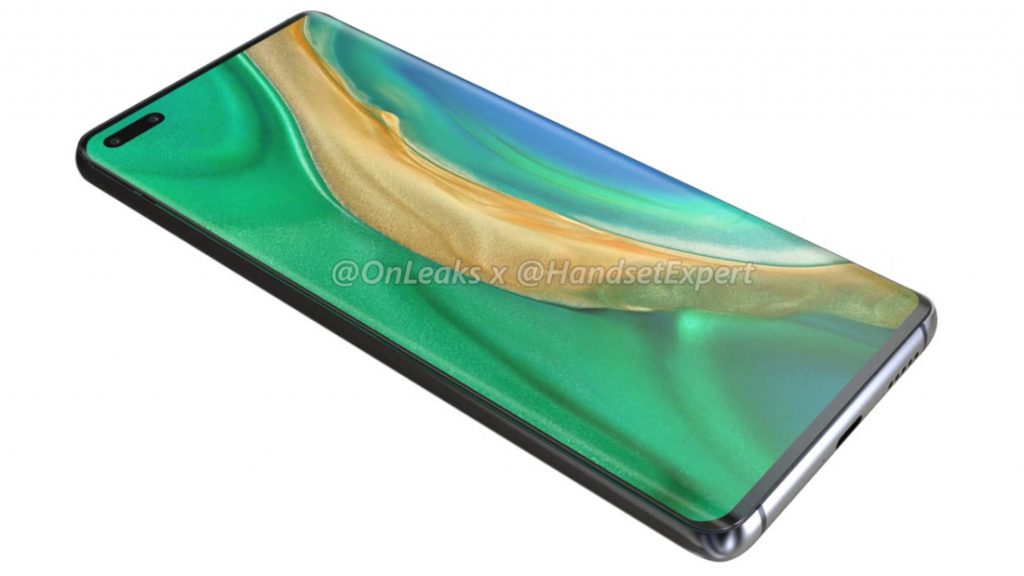 Coming to the front of the device, it looks like HUAWEI is sticking with its waterfall display, however this time, they have ditched the notch in favour of a dual punch hole for the front facing cameras. In the renders, the screen size measures 6.7-inches diagonally. The device itself measures approximately 158.6 x 72.5 x 8.9mm.

It can be assumed that it will run some version of EMUI skin on top of Android that will not have any access to Google’s services. HUAWEI is still part of USA’s entity list, which prohibits it from doing business with American companies. HUAWEI is expected to release the Mate 40 sometime in September or October.