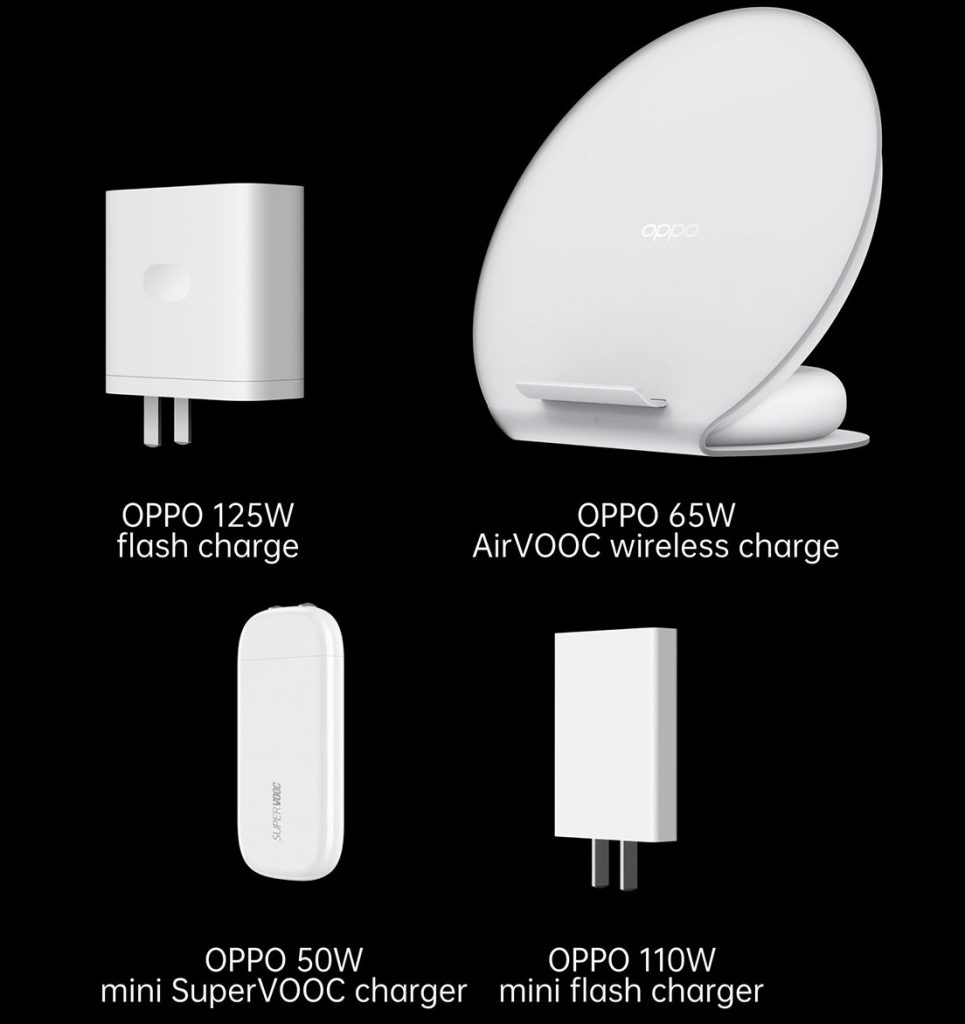 Here’s a first look at 125W Flash Charge technology in action. It can fully charge a 4,000mAh battery in 20 minutes. 🤯 #FlashForward pic.twitter.com/EWtfGcsL4m 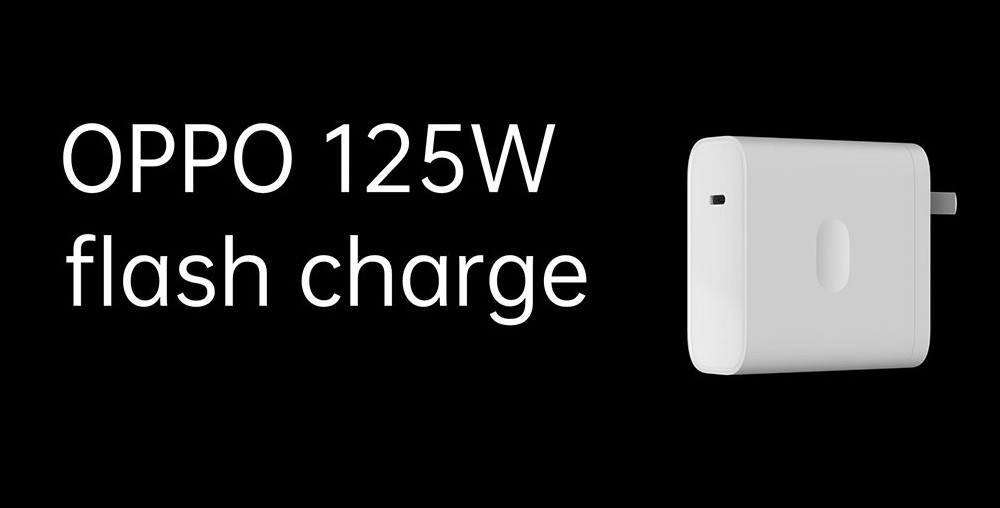 The phone is equipped with dual 6C cells with multiple tab structures, charge pumps and a highly integrated MCU to improve charging efficiency, which is up to 98%. It uses fuse overvoltage protection measures, Type-C to Type-C wire as well as 128-bit high-strength encryption algorithm to enhance safety. 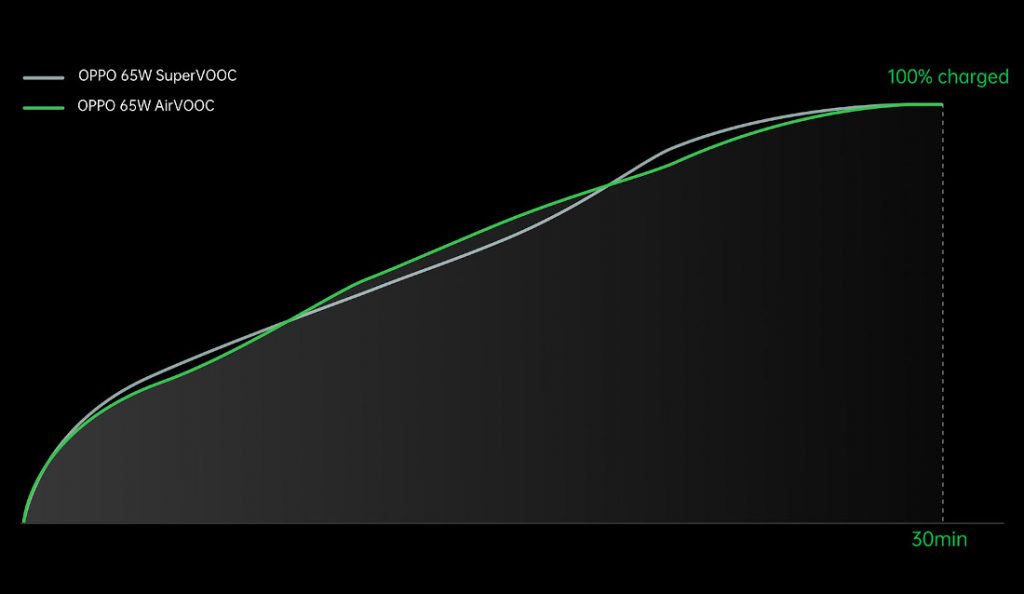 The new 65W AirVOOC wireless flash charge adopts self-developed isolated charge pump technology and parallel dual-coil design to further increase wireless charging efficiency. It can fully charge a 4000mAh battery in 30 minutes. The technology has five-fold safety protection measures in addition to a foreign object detection function. It is also compatible with the Qi standard and provides users with a cable-free and super-fast charging experience. 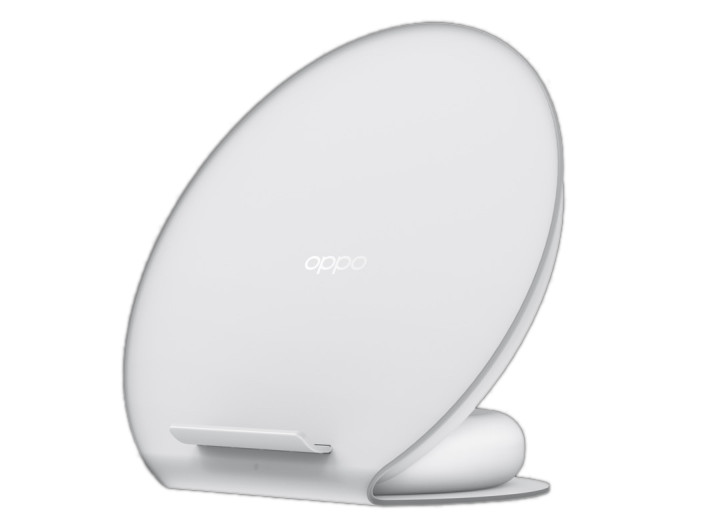 OPPO also showcased 65W AirVOOC wireless flash charge concept which features sculpted glass made of moldless rapid prototyping technology first time. The bottom of the charger is equipped with a semiconductor cooler in order to adjust the heat entering and exiting thereby ensuring that the handset is not hot after the appliance has been charged. In this case, the temperature of the back of the phone is kept over 2℃ lower than that of only using the fan to dissipate heat. 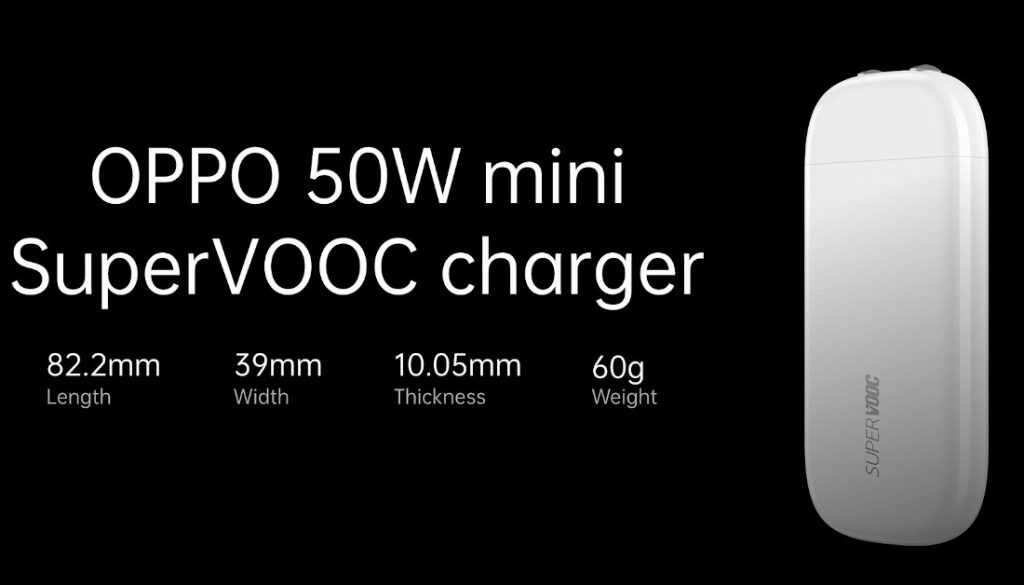 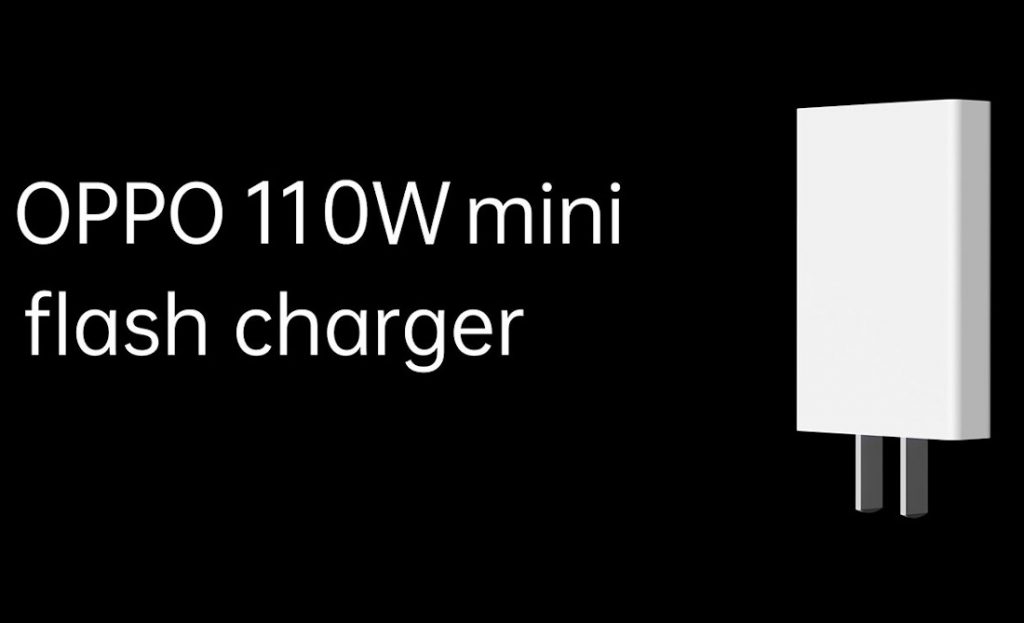 OPPO’s 110W mini flash charger features innovative dual-level architecture to achieve high-efficiency power conversion and temperature rise control, is built upon the combination of laminate and compact structures which minimizes its size to just 35.76 cm³ — similar to the size of a normal 18W charger.