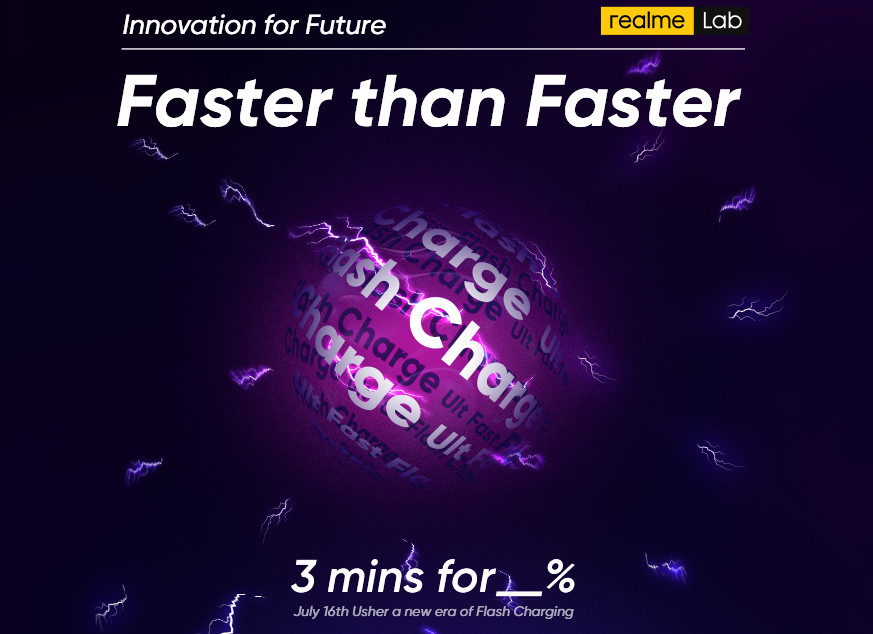 Realme today confirmed that it will introduce its fast charging technology on July 16th. The company said that it can charge up to _% in 3 minutes, without revealing the value. realme China CMO Xu Qi Chase in binary code hinted the number 125, so it should be 125W fast charging. Realme India CEO Madhav seth said “we’re about to usher in a new era of Dart”. Based on earlier rumours it could be called Ultra Dart.

Remember which brand launched India’s #FastestChargingFlagship in 2019 & brought India’s 1st 65W charging phone in 2020?
We have more to offer now.
Being pioneers of charging technology, we’re about to usher in a new era of Dart!

This comes after iQOO announced its 120W fast charging that can charge from 0 to 50% in 5 minutes and charge to 100% in 15 minutes. OPPO has also confirmed that its fast 125W fast charging technology tomorrow, July 15th. This might debut in the next-generation OPPO Ace smartphone launching later this year.

realme’s 125W fast charging should be based on OPPO’s technology. We should know more details when it goes official on Thursday.