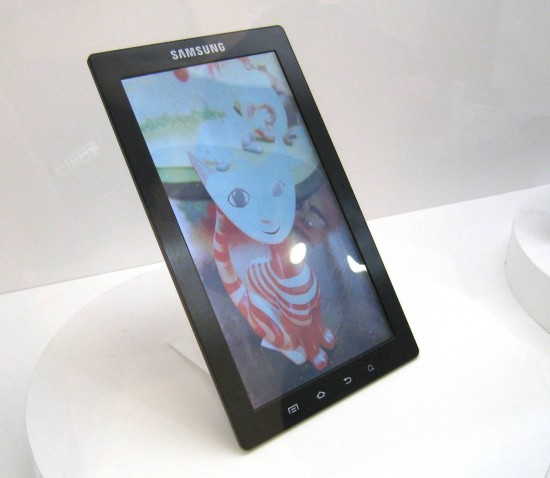 At the MWC (Mobile World Congress) in Fira, Barcelona last week, Samsung announced the Galaxy Tab 10.1. They justified the naming scheme by stating that they are planning to release tablets of different sizes in order to meet the needs of different consumers.

It seems that now Samsung is getting ready to announce it’s next tablet which has an 8.9″ screen. It would be positioned between the original Galaxy Tab and the new Tab 10.1.

No details of the device is available apart from the fact that it is expected to run Android 3.0 Honeycomb. We also haven’t received any news on the successor to the original Galaxy Tab.

We will keep you informed if we get any more info.