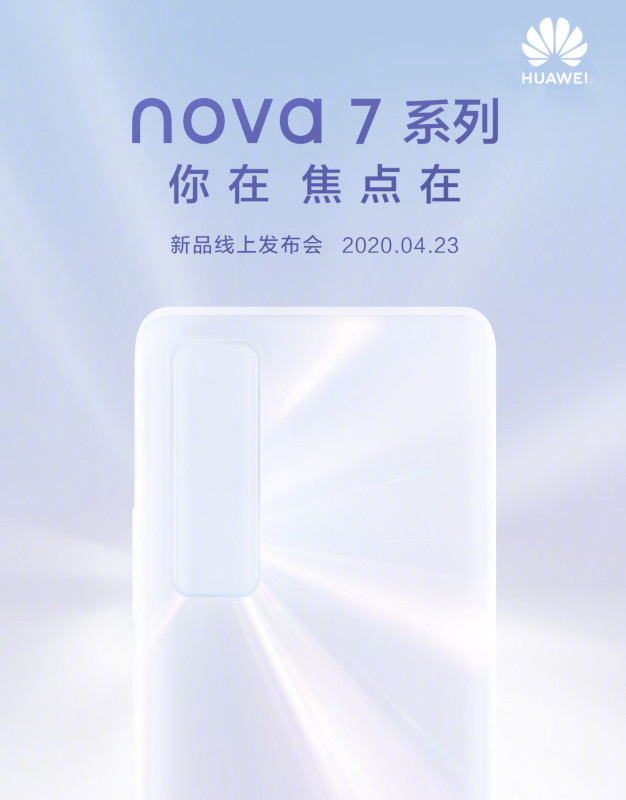 After rumors HUAWEI has finally confirmed that its Nova 7 series, successor of last year’s HUAWEI nova 6 series will be introduced in China on April 23rd. This comes after its P40 series that were unveiled globally last month, and in China a few days back. The image in the invite reveals large camera part, so the phones might pack quad rear cameras compared to triple cameras in the predecessor.

We still don’t have any of the specifications of the phone, but HUAWEI phones with model numbers JER-AN10 and JEF-AN00 showed up on TENAA certification last month revealing 5G support for both the phones, which could be Nova 7 and Nova 7 Pro. 3C certification revealed 40W charging support for both the phones, same as the predecessor. There are also reports of a cheaper Nova 7 SE version.

We should know more details about these Nova 7 series smartphones in the coming days.