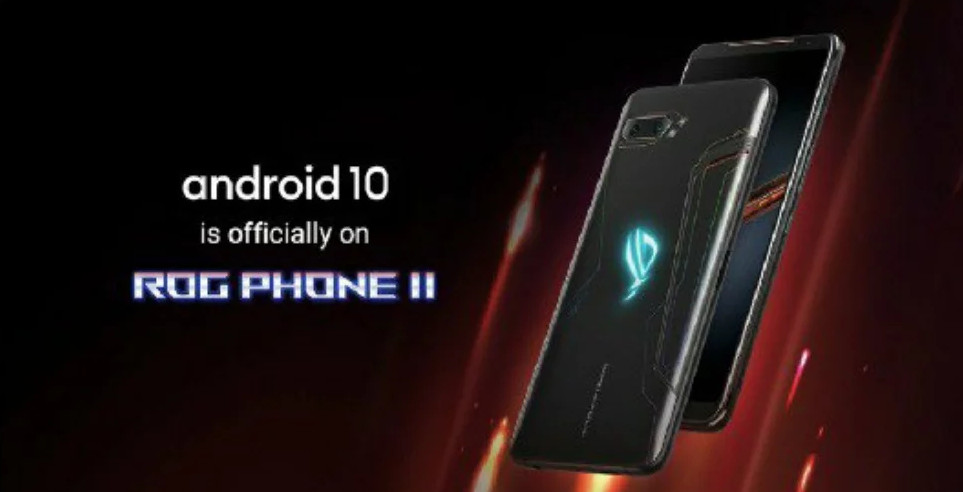 ASUS launched the ROG Phone II back in September last year running Android 9.0 (Pie), now after about 6 months the company has released Android 10 update for the phone. This comes after the company started beta testing few months back.

The update brings new Dark theme that can be enabled or disabled for specific apps or the entire phone. Gesture Navigation allows users to perform common tasks, such as navigate back, go to the home screen, or launch Google Assistant, with simple swipe and pull gestures. Privacy has also been improved to give users easier control over their personal data: all privacy controls are now in one place, and users can customize how location information is shared with apps.

This update also includes several new system improvements and bug fixes ROG Phone II, making it an even more compelling platform for serious mobile gamers, according to the company. It also adds that games designed to support ROG Phone II offer better performance and higher framerates, and the list of supported titles continues to grow.

According to ASUS Android 10 update for ROG Phone II will be available from today via a firmware-over-the-air (FOTA) update that will be rolled out incrementally worldwide, with broader availability expected shortly. We should get the company changelog soon.