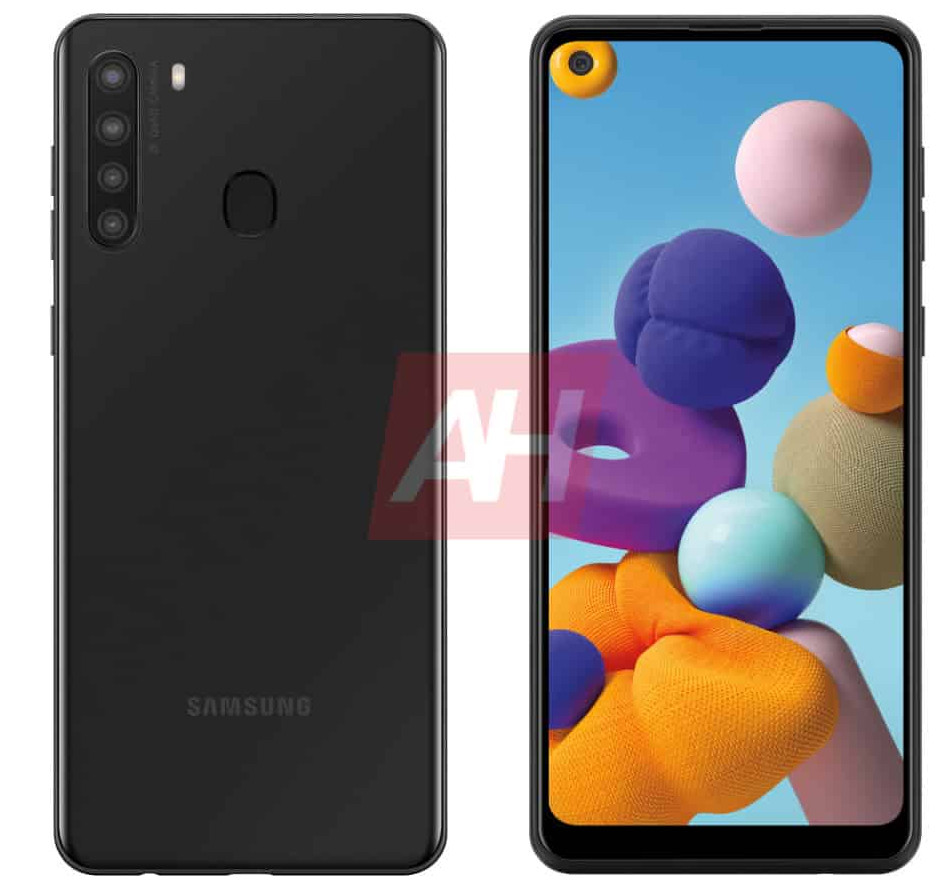 Press image of Samsung Galaxy A21, the company’s upcoming budget ‘A series’ smartphone has surfaced. This shows HD+ Infinity-O Super AMOLED display, and quad rear cameras, which could be an ultra-wide, macro and depth sensors, in addition to the main camera and the image shows dual LED flash.

It is said to be powered by Octa-Core Exynos 7904 14nm processor with Mali-G71 GPU with 4GB RAM and 64GB storage with microSD expansion slot. The image also shows rear-mounted fingerprint sensor, and the phone should come with a glastic body similar to most other ‘A series’ phones. It is said to pack a 4000mAh battery that charges via a USB Type-C port.

The phone is expected to come in range of colors, and is said to be introduced for the US markets first. We should know more details about the Galaxy A21 in the coming week.