Update: January 17, 2020 — Ather today confirmed that it will launch the Ather 450X at an event in Delhi on January 28th. It will be streaming the official unveil. The invite says “Super quick, super intelligent and super connected, the super scooter is on its way”. 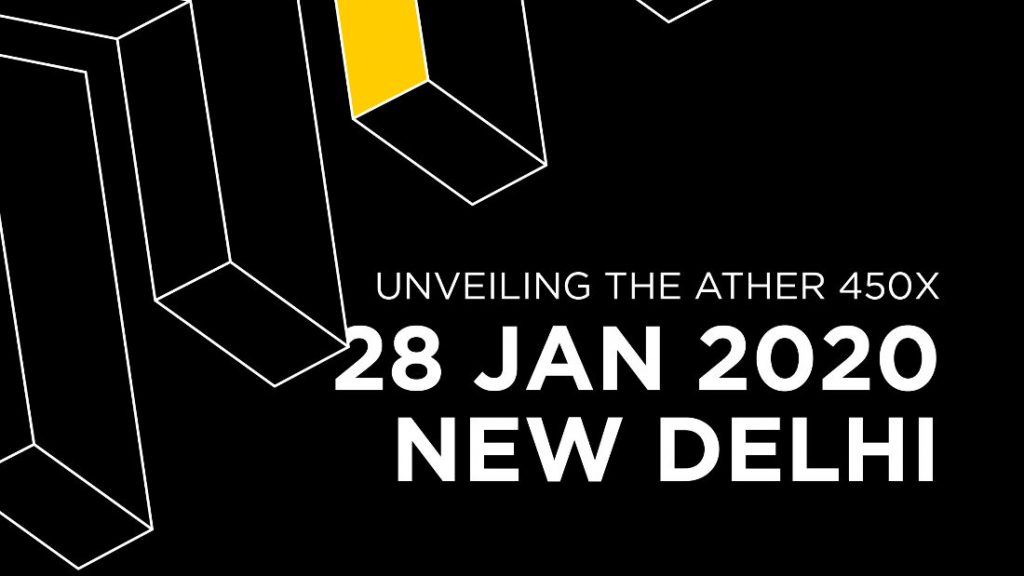 Earlier this week it released a new teaser hinting at different colors.

For the 1000+ people who asked us for more info about the #Ather450X…
Say hello to the #SuperScooter! See anything you like? pic.twitter.com/EgwqDp0Q5B

Earlier: Ather Energy just announced the Ather 450X, an upgraded version of its popular Ather 450. It says that this will feature major upgrades including new features based on feedback from existing Ather 450 customers. Even though it has not revealed features, specifications and price of the Ather 450X, it has opened pre-orders for those who have already pre-ordered or purchased the Ather 450 or expressed pre-order interest on or before 5th January 2020.

Ather will send them 2 invite codes by email to the registered email ID so that they can pre-order the Ather 450X  atherenergy.com by paying Rs. 2500 refundable deposit. Those who pre-order early will get their hands on the 450X Collector’s Edition and a host of other privileges that includes

Those who have already bought the Ather 450 already will have an option to upgrade to 450X through an upgrade program with its external partner(s), and more details about that will be revealed later, but you’ll need to pre-order the 450X by paying the deposit amount.

Ather assures that it will continue to support and improve the Ather 450 through OTAs. After Bengaluru and Chennai, Ather is gearing up to launch soon in Pune, Hyderabad, Delhi & Mumbai. It will reveal more details about the Ather 450X including the features, price and delivery timelines later this month.