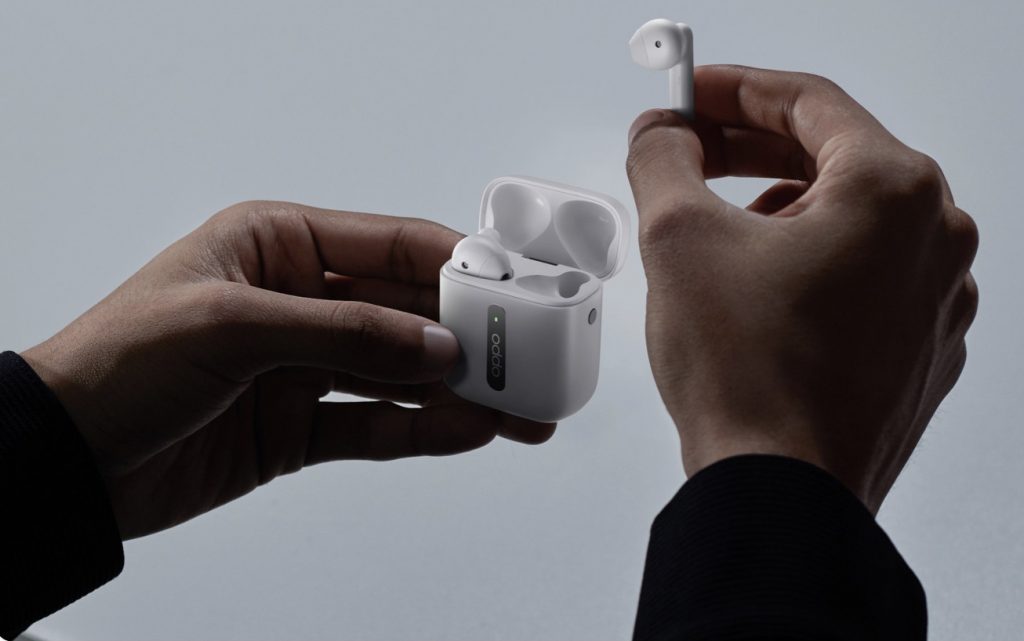 Earlier today OPPO confirmed that it will introduce Reno3 series in China on December 26th. Today it has confirmed that it will introduce new Enco Free True Wireless Earbuds alongside. This shows earbuds with a long stem and a charging case. The design is almost similar to the realme Buds Air, which will launch in India next week, but this comes in White, Black and Pink colors, while realme earbuds come in yellow instead of Pink. 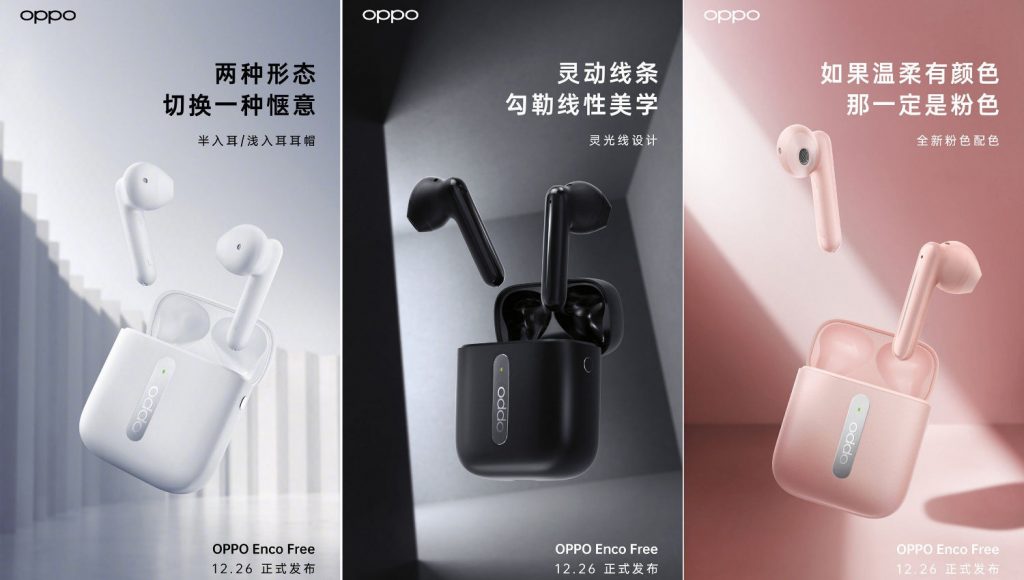 There is OPPO branding on the front company doesn’t reveal the specifications of the phone, but it could come with Bluetooth 5.0, option to connect the headset to once you open the case, one touch to activate Google Assistant, music and calls controls with touch, and more, similar to realme Buds Air.

It is not clear if the earbuds will feature active noise cancellation, similar to its Enco Q1 neckband headset, which was launched back in August. We should know more details about the earbuds in the coming days.