Update 2: OPPO Reno3 5G landing page has revealed that the Reno3 will be powered by the latest MediaTek Dimensity 1000 compared to Snapdragon 765G SoC in the Reno3 Pro 5G.

Update: OPPO has confirmed that the Reno3 and Reno3 Pro smartphones will be introduced at an event in China on December 26th. A recent teaser revealed quad rear cameras, metal frame and glass back with a gradient finish. Reno3 Pro has a punch-hole screen on the left side, while the Reno3 features a water-drop notch screen with a slightly bigger bottom bezel. 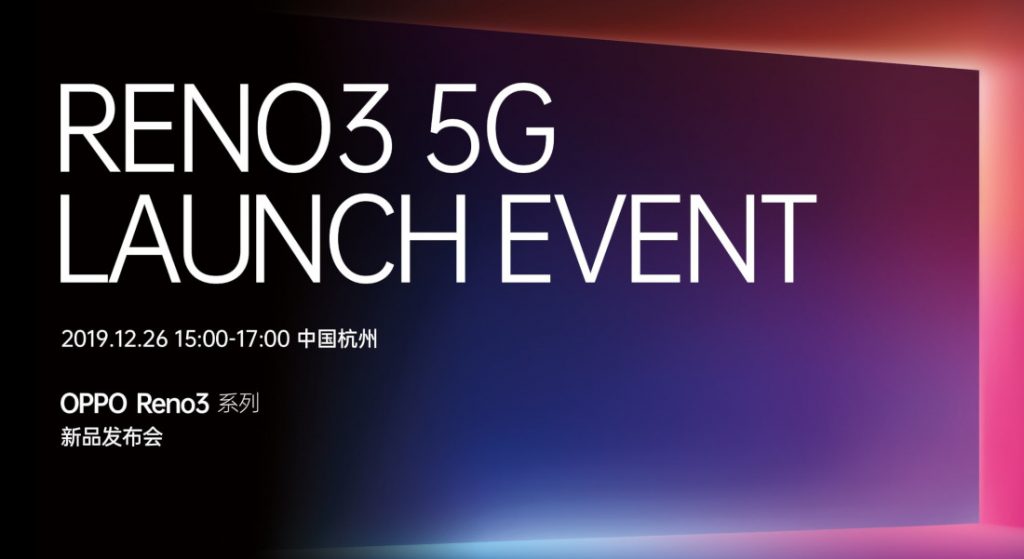 Earlier: OPPO introduced the ColorOS 7 at an event in China today. At the event the company has confirmed Reno 3 series, successor of the Reno 2 series will be introduced in December. This will come with ColorOS 7 out of the box and will have support for 5G standalone and non-stand alone (SA/NSA) sub-6GHz networks.

ColorOS image algorithm has been improved, there is Soloop recording video editor, new album interaction and more. We should know more details about the OPPO Reno 3 in the coming weeks.