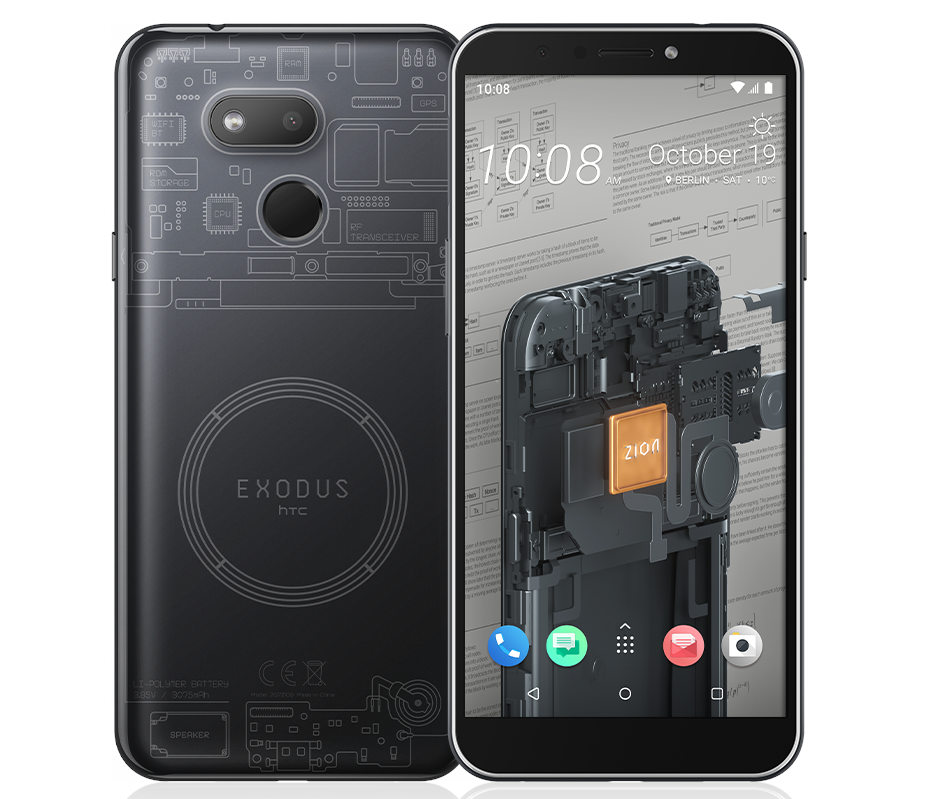 HTC introduced the Exodus 1 as its first blockchain-powered smartphone last year. It announced Exodus 1s, a cheaper version back in May and said that it will be available in Q3, now it has started rolling out the phone at Berlin’s Lightning conference.  HTC says that running a full Bitcoin node “is still quite experimental,” and it recommends that users connect to Wi-Fi and plug their devices into a power source while doing so.

The full Bitcoin ledger is around 260GB right now, and increases by 60GB per year; the phone has 64GB of storage, but that ledger can be stored on a 400GB+ SD card.

In terms of specifications, this has similar specifications as the Desire 12s, which was launched last year that includes 5.7-inch HD+ 18:9 aspect ratio display, Snapdragon 435 with 4GB of RAM, Android 8.1 (Oreo) with HTC Sense UI , 13-megapixel front and rear cameras, both with LED flash, rear-mounted fingerprint sensor, and a 3075mAh battery.