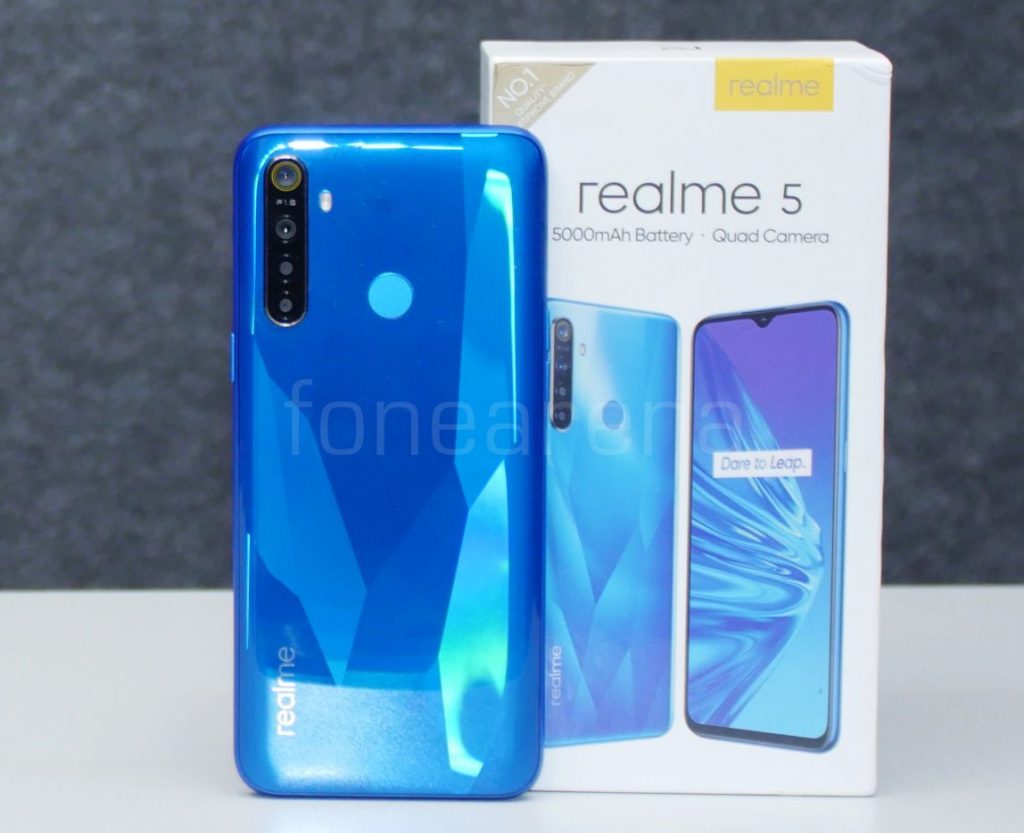 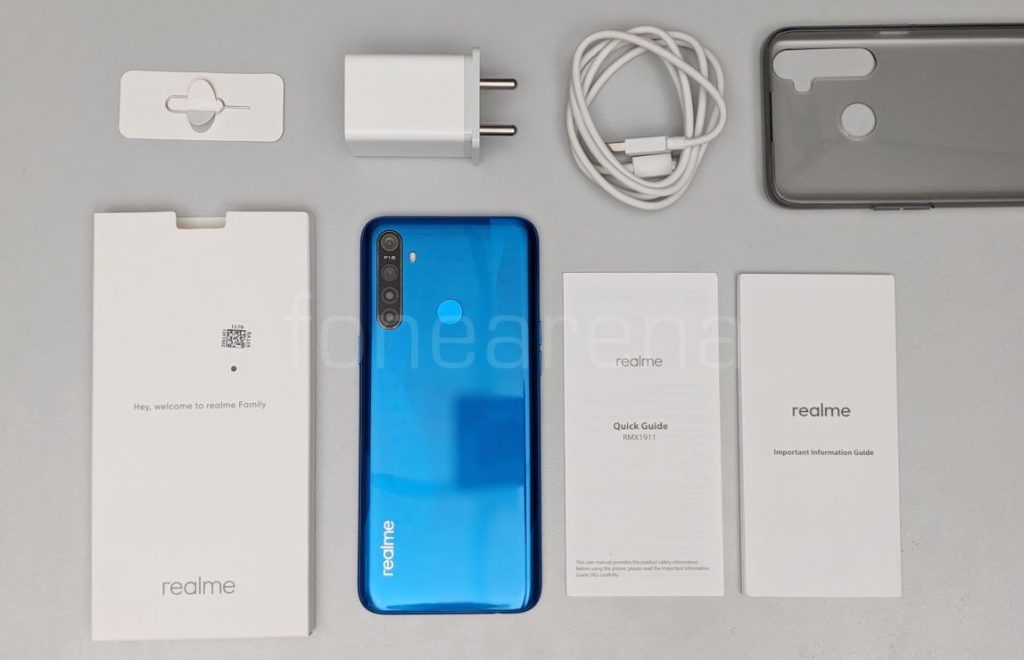 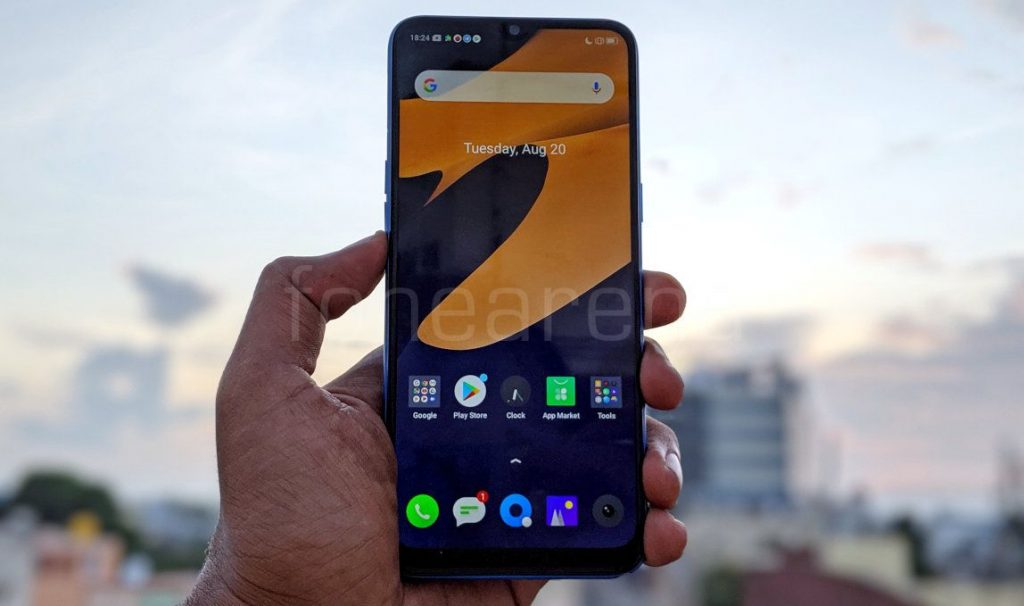 The major change in the Realme 5 is the large 6.5-inch HD+ (1600 x 720 pixels) 20:9 aspect ratio display, compared to the 6.2-inch screen on the Realme 3, however the screen has 269 PPI pixel density, which is almost same as the predecessor since the resolution has also increased. The screen is protected by Corning Gorilla Glass 3+. It is 164.4mm tall due to the bigger screen, but the width is 75.6mm, same as the predecessor. 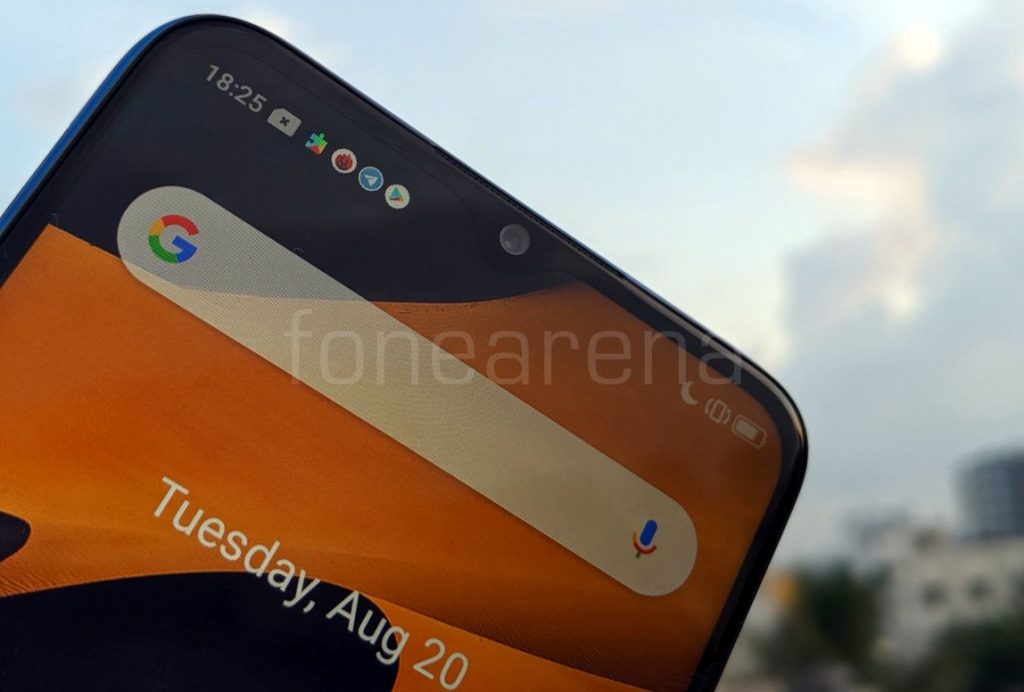 The company is calling the notch as mini-drop, which it says is 30.9% smaller than the previous generation. The usual set of proximity and ambient light sensors are present on the bezel near the 13-megapixel camera. It is powered by Snapdragon 665 11nm SoC with up to 4GB RAM and runs Android 9.0 (Pie) with ColorOS 6.0 realme edition which has few visual changes in the lockscreen, homescreen and notifications. 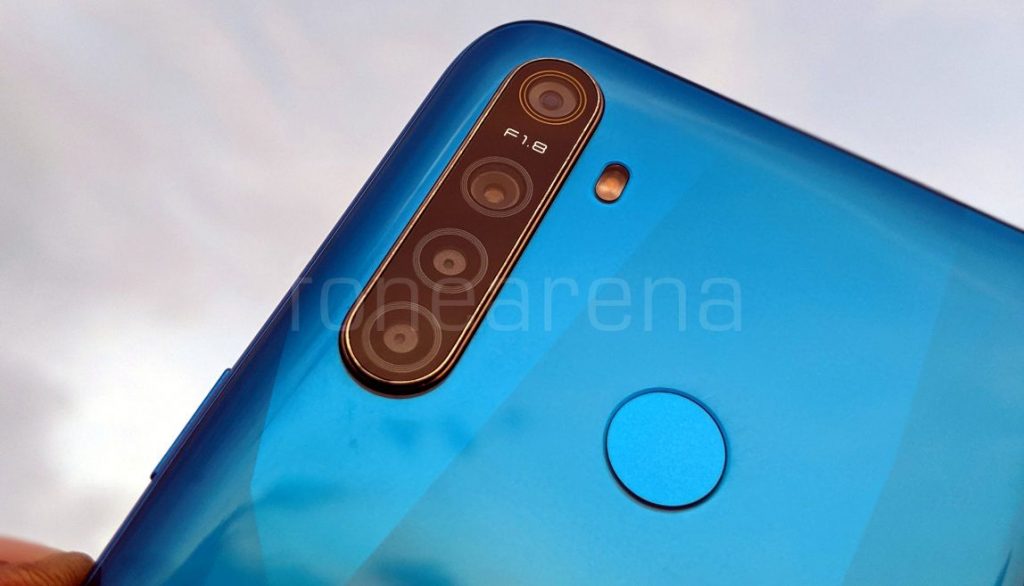 The phone has quad rear cameras similar to the realme 5 Pro, but this has a 12-megapixel primary rear camera with Sony IMX386 sensor and f/1.8 aperture, while the 8MP 118° ultra-wide angle lens with 1.12μm pixel size, f/2.25 aperture, 2MP depth sensor and 2MP camera for 4cm macro with 1.75μm pixel size, f/2.4 aperture are same. There is a fingerprint sensor next to it. 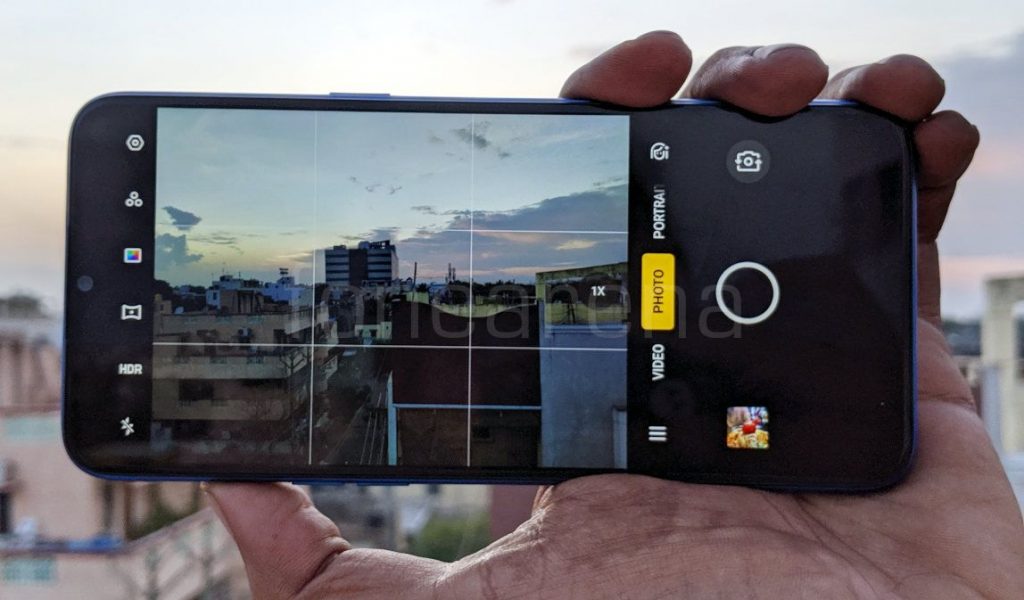 It has AI scene recognition, Chrome boost, Super nightscape and Expert mode. There is EIS support for video. 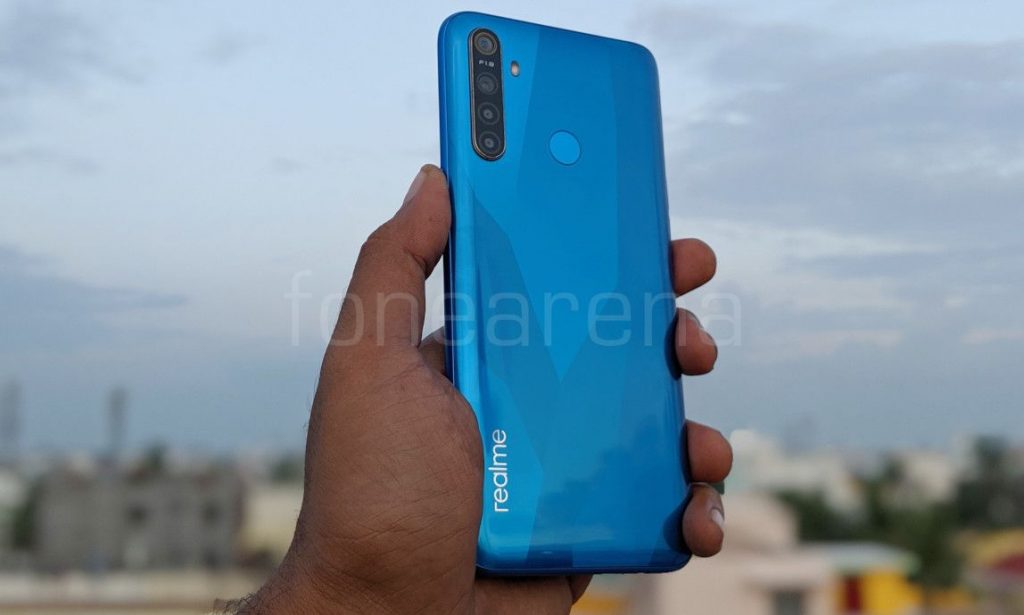 The plastic back has a crystal design that offers a combination of glossy surface and nano-scale texture and offers holographic effect when light hits at certain angles. It has a huge 5000mAh battery, but it comes only with 10W charging via micro USB. It weighs about 198 grams since it has a huge battery.

The Realme 5 also comes in Crystal Purple color, starts at Rs. 9999 for the 3GB RAM with 32GB storage version and will go on sale on Flipkart and realme.com starting from August 27th.