After rumors, Google has confirmed that its upcoming Pixel 4 smartphone will feature Face unlock with IR sensors, Motion Sense powered by Project Soli, a radar-based gesture control technology that was developed by Google’s Advanced Technology and Projects team (ATAP) back in 2015. 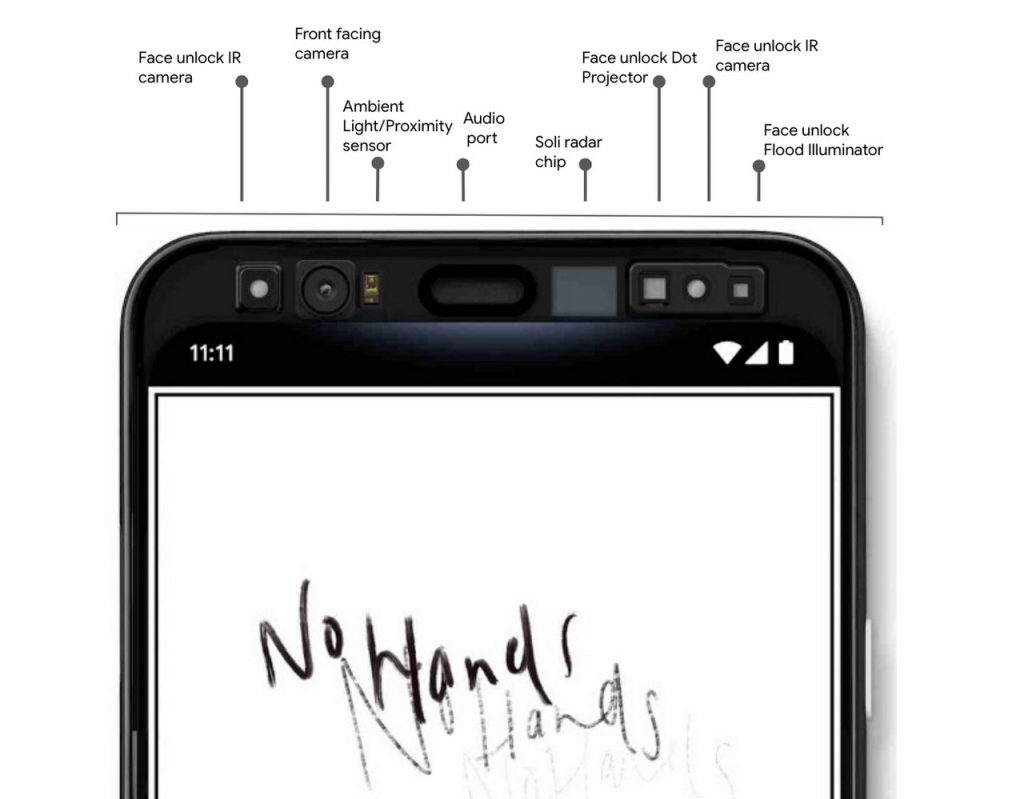 Pixel 4 with Soli radar chip proactively turns on the face unlock sensors when you want to unlock the phone. “If the face unlock sensors and algorithms recognize you, the phone will open as you pick it up, all in one motion,” said Google.  Face unlock on Pixel 4 will work in almost any orientation—even if you’re holding it upside down—and you can use it for secure payments and app authentication too.

Miniature version of Soli, a motion-sensing radar located at the top of Pixel 4 senses small motions around the phone, combining unique software algorithms with the advanced hardware sensor, so it can recognize gestures and detect when you’re nearby. This will allow you to skip songs, snooze alarms, and silence phone calls, just by waving your hand. Motion Sense will be available in select Pixel countries, said Google.

Earlier rumors revealed Qualcomm Snapdragon 855 or 855 Plus SoC, 6GB RAM, and it will run the latest Android Q. We should know more details in the coming months, before it goes official later this year.