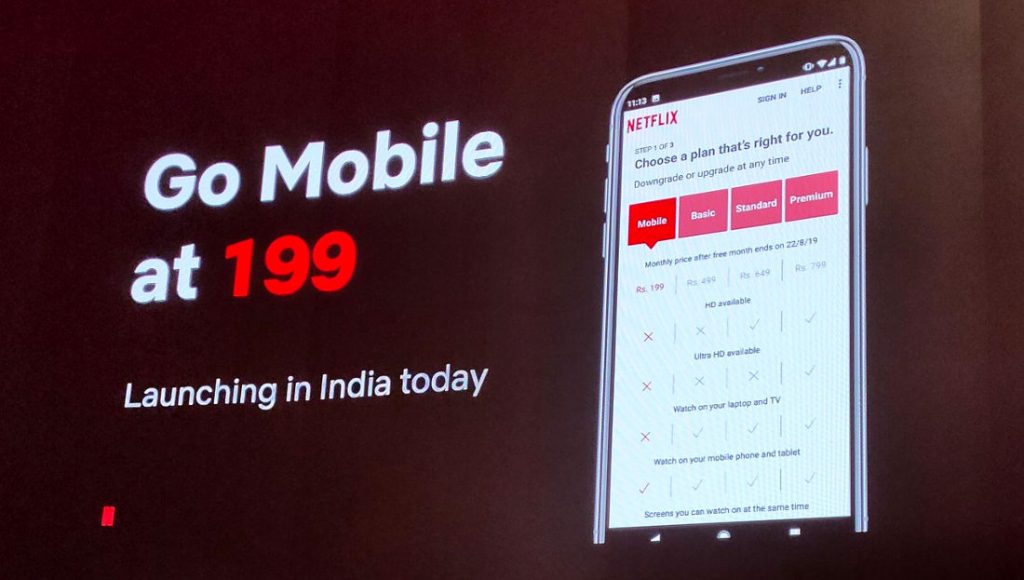 After trials earlier this year, Netflix has officially launched mobile-only plan in India at Rs. 199 per month, which the company says it ‘Made for India’ where mobile devices are increasingly driving consumption. This is our fourth plan in the country, in addition to the existing basic, standard and premium plans that are available for Rs. 499, Rs. 649 and Rs. 799. Subscribing to the mobile-only plan will allow you to watch Netflix content on mobile and tablets (one mobile/one tablet at a time) in SD (480p) quality.

At the launch event the company confirmed that the mobile plan will work abroad as well, but downloads will work. You cannot cast or mirror to TV with the plan. Netflix users in India watch more on their mobiles than members anywhere else in the world and are among the highest downloaders of content globally, said the company. 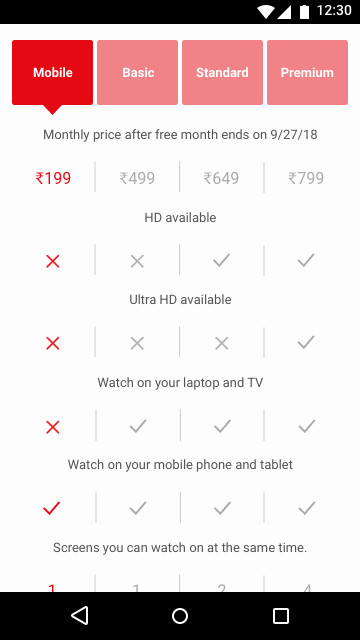 Our members in India watch more on their mobiles than members anywhere else in the world- and they love to download our shows and films. We believe this new plan will make Netflix even more accessible and better suit people who like to watch on their smartphones and tablets—both on the go and at home.

With inputs from Bharadwaj