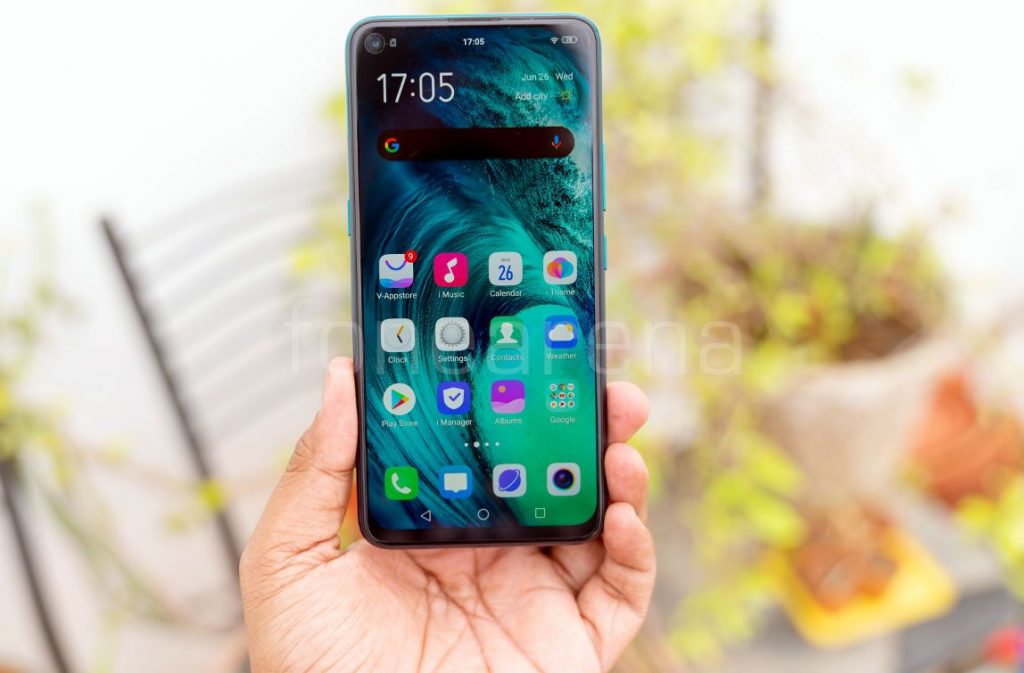 Which smartphone to buy under Rs. 15,000 is a frequently asked question. At this point in time, it is wise to invest in a smartphone at this price range, considering all the features you get are just like the ones in high-end devices.

Especially in the Indian market, it is the price that determines the success or failure of the phone. In an attempt to attract youth, various manufacturers like vivo, Xiaomi and Samsung have launched several amazing smartphones recently in an attempt to outdo one another in various departments, including performance, camera and much more.

Having said that, it’s not an easy task at all to select a smartphone from thousands of options. Here is the list of 5 smartphones that will help you in this process.

In this guide, we took factors like user experience, performance, camera, value for money, VoLTE, OS updates and after-sales in consideration before listing it down. Do have a look. 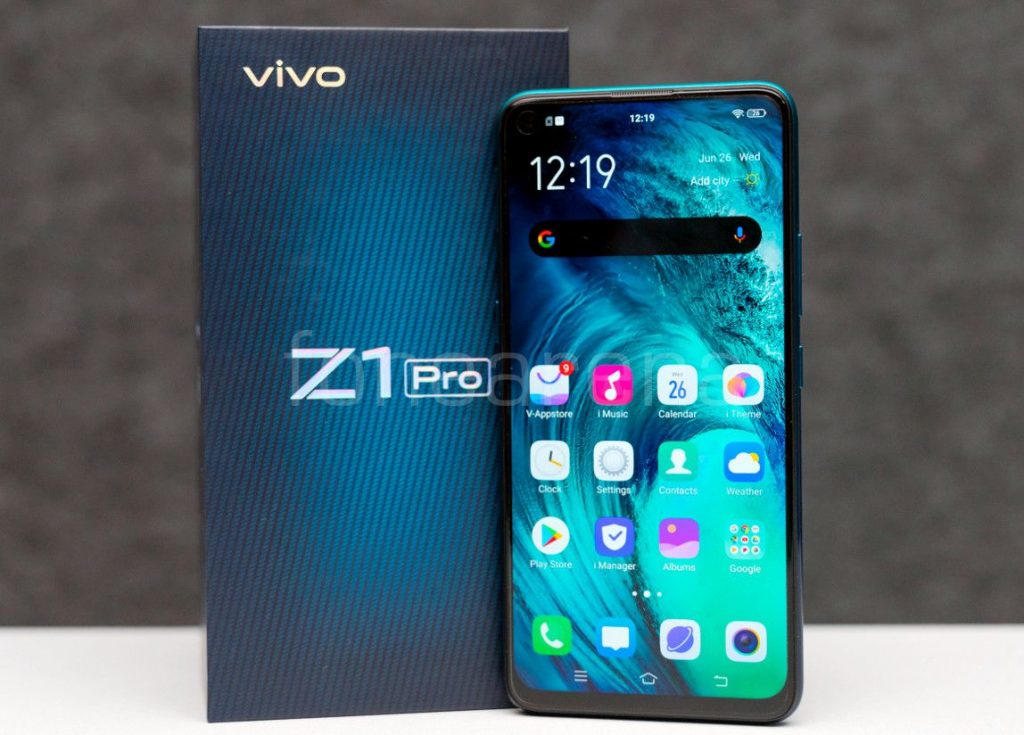 Best and latest out of the bunch, the vivo Z1Pro was launched in India a few days back with exciting specifications. The Z1 Pro is the first smartphone in India to feature Snapdragon 712 processor, which was announced earlier this year.

Built on a 10nm process, it features six 1.7GHz Kryo 360 Silver cores tuned for efficiency and two 2.3GHz Kryo 360 Gold cores for power. The graphics is taken care of by the capable Adreno 616 GPU. Notably, the Snapdragon 712 is 10% faster than the 710 and offers smooth experience when playing games on a mobile device.

Being a performance-centric device, the Vivo Z1 Pro comes with systematically optimised technology called Multi Turbo. It has various customisable options to improve the performance of the smartphone. They are:

On top of that, the vivo Z1 Pro has Ultra Game Mode with a variety of features ensuring a perfect mobile phone gaming experience. It offers several features such as Voice Changer, sound localisation training centre, 4D Vibrations with real-time recognition of the game scene, game countdown feature, and DND mode.

However, this doesn’t end here! Designed specifically for Gen-Z users, it has a dedicated AI button for easy accessing of Google Assistant/Google search on the left, just below the SIM and microSD card tray. Having said that, the Google Assistant button can’t be reassigned to other functions.

To make its media consumption more immersive, the vivo Z1Pro sports 6.53-inch FHD+ IPS with 90.77% screen-to-body ratio and 1.76mm narrow side bezels. Notably, the vivo Z1Pro packs a new user interface with dark mode and Widevine L1 certification as well. It is shipped with the latest Funtouch OS 9 based on Android 9.0 (Pie) out of the box. It will now be available on Flipkart and vivo India E-Store from July 26th, starting 12 noon for the next sale. 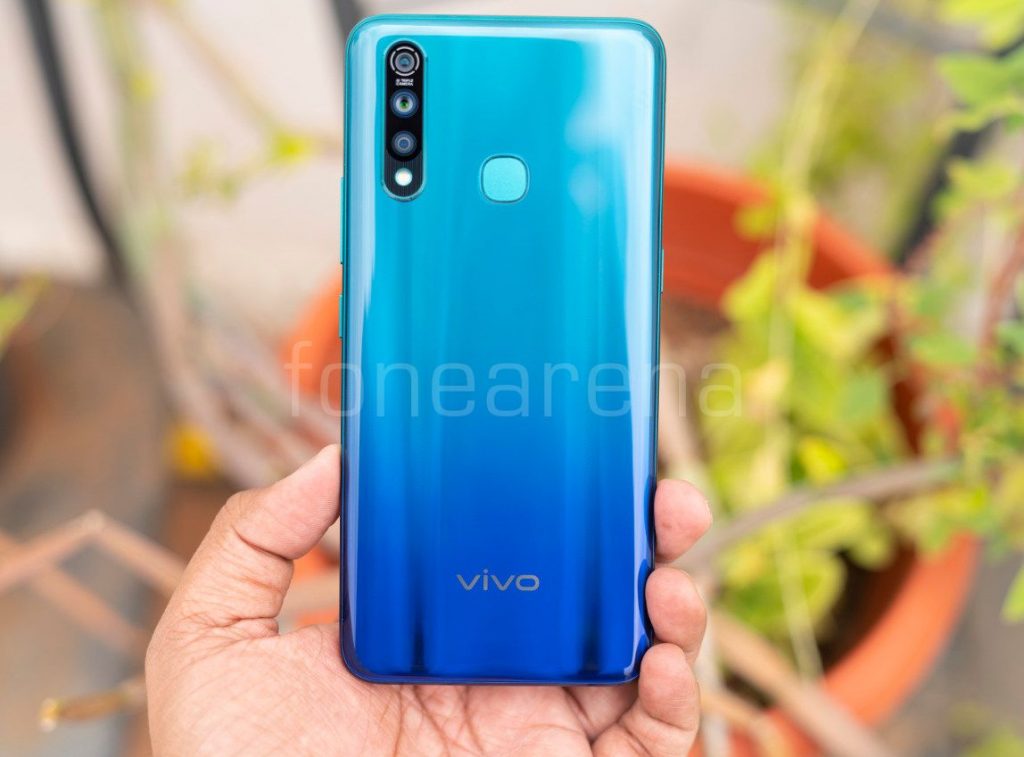 For photos and videos, the vivo Z1Pro sports a capable triple rear camera setup — a 16MP primary sensor with an f/1.78 lens, an 8MP secondary sensor with a 120-degree super wide-angle f/2.2 lens, and a 2MP sensor for bokeh with an f/2.4 lens. vivo has provided a list of camera features on the Z1Pro, including AI Filter, Backlight HDR, Portrait Bokeh, Portrait Light Effects, AI Stickers, AI Beauty and Live Photo among others.

With the focus on selfies, the vivo Z1Pro comes with a better 32MP In-Display camera with Super Black technology to blend the camera with the screen

To power up all the features and make it more enjoyable for a long time, this device packs a 5000mAh battery with support for 18W fast charging and also lets you charge other devices with OTG. Coming in Sonic Blue and Sonic Black colours, the vivo Z1Pro is the best bang for buck device present right now and managed to send a ripple through the Indian market, especially under the Rs. 15000 bracket. 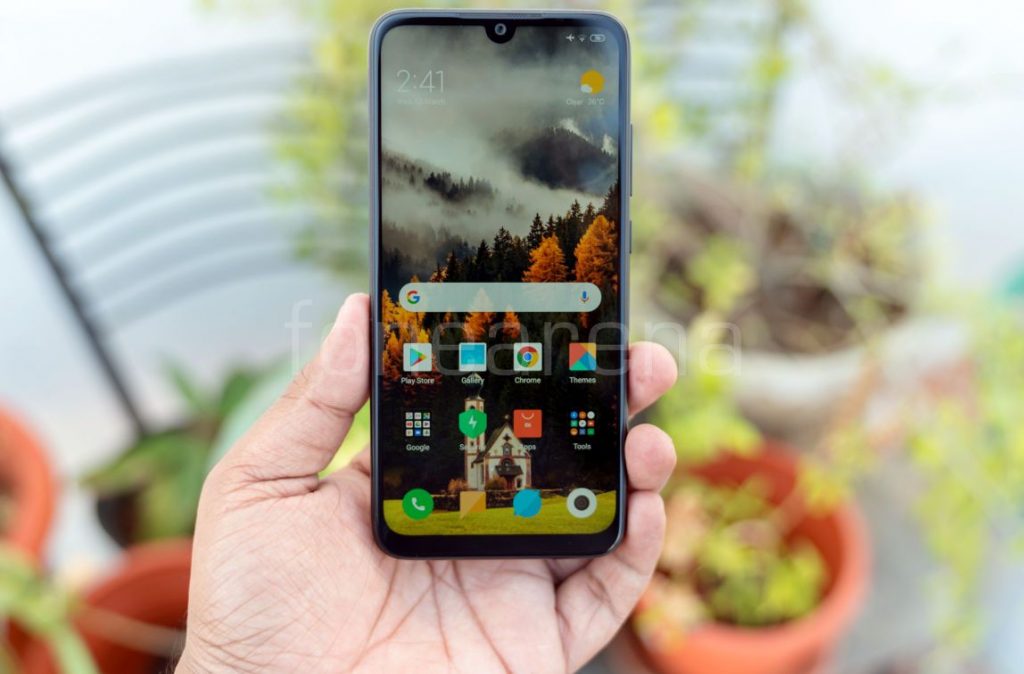 Launched earlier this year, Xiaomi’s Redmi Note 7 Pro is another good option. With so many ads here and there, it might frustrate users a bit, but it can be manually disabled. The phone packs a 6.3-inch Full HD+ DotNotch display with 1.95mm narrow bezels, 81.37% screen-to-body ratio. 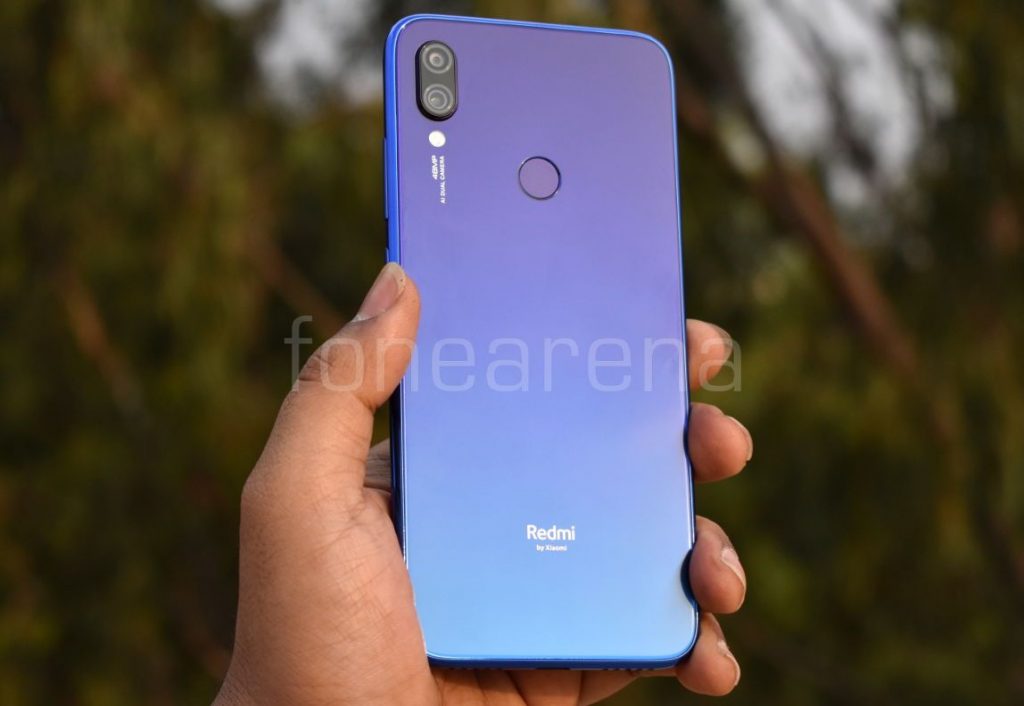 Moreover, it comes with an Octa-Core Qualcomm Snapdragon 675 64-bit 11nm Mobile Platform and Adreno 612 GPU under the hood. It comes with dual camera setup — 48MP rear camera with f/1.79 aperture, and 5MP secondary camera. The front is taken care of by its 13MP front-facing camera. This device packs a 4000mAh battery with support for Qualcomm Quick Charge 4.0 for 18W fast charging, but you have to get the fast charger separately since it comes with 10W charger bundled in the box. The Redmi Note 7 Pro comes in Neptune Blue, Nebula Red and Space Black and starts at Rs. 13,999 for the 4GB RAM with 64GB storage version. It is available on Flipkart and mi.com. 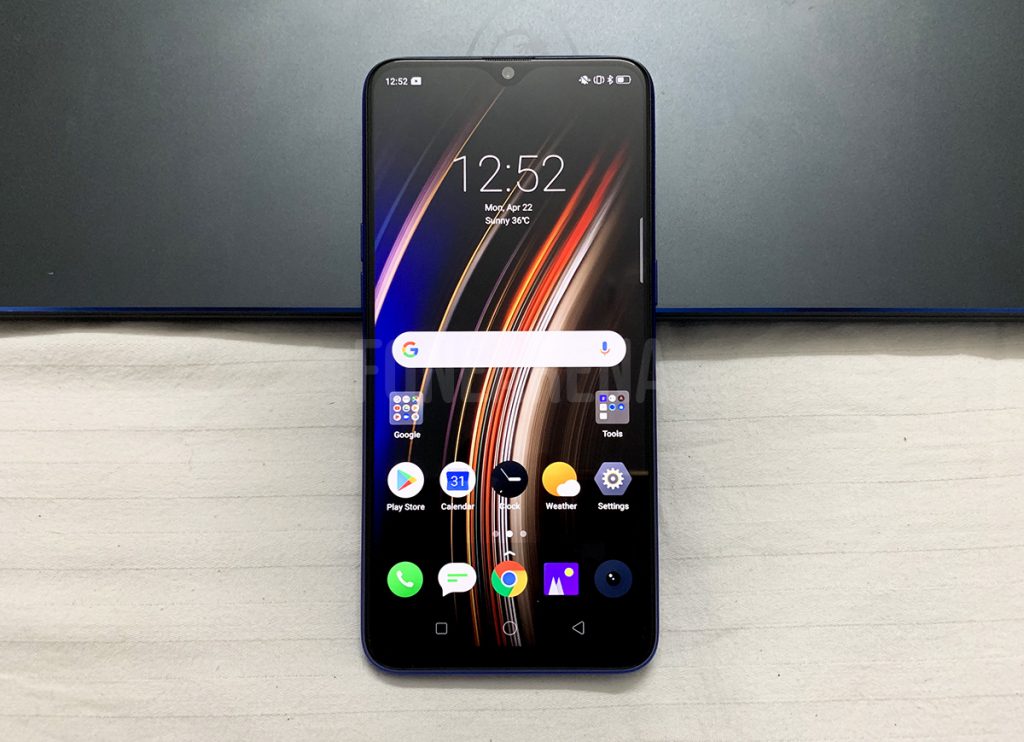 Realme 3 Pro was launched a couple of months back in India with all-round specifications. It has a 6.3-inch Full HD+ Dewdrop notch display with 90.8% screen-to-body ratio and Corning Gorilla Glass 5 protection, is powered by Snapdragon 710 10nm SoC with up to 6GB RAM, and Hyperboost 2.0 with touch boost and frame boost for enhanced touch control and frame rate while gaming. 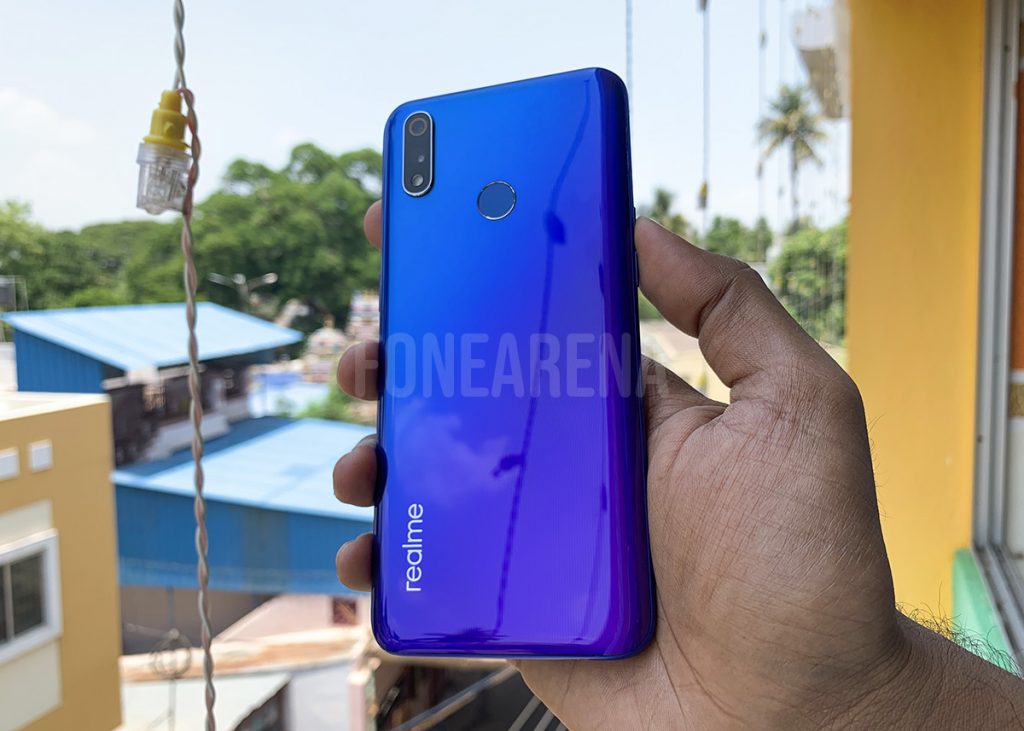 It has a 16-megapixel rear camera with Sony IMX519 sensor, f/1.7 aperture, AI scene recognition, 960 fps super slo-mo and 64MP Ultra HD mode along with a 5-megapixel secondary camera. It has a 25-megapixel front camera with 4-in-1 superpixel technology.

Shipped with ColorOS 6.0 based on Android 9.0 (Pie), it also packs a 4045mAh battery with VOOC 3.0 fast charging. The Realme 3 Pro comes in Carbon Gray, Nitro Blue and Lightning Purple colours and starts at Rs. 13,999 for the 4GB RAM with 64GB storage version. It is available on realme.com. 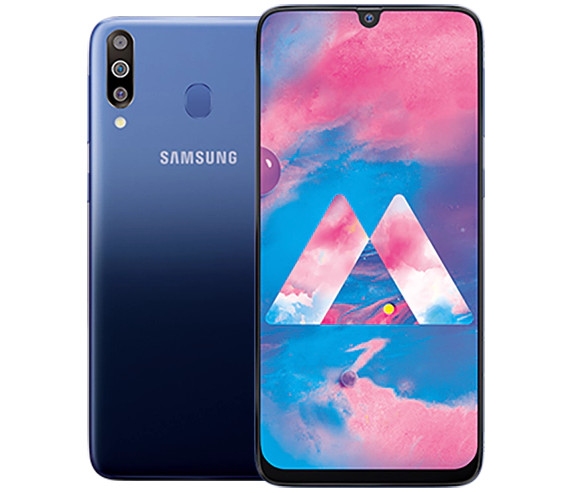 The successor of Samsung Galaxy M20, the Galaxy M30 was launched under the mid-range segment earlier this year in India at Rs. 14990. It has a 6.4-inch Full HD+ Super AMOLED Infinity-U display and features triple rear cameras that include a 13MP main camera, 5MP camera for portrait shots and a 5MP 123-degree ultra-wide lens.

It is powered by Exynos 7904 14nm SoC under the hood, runs on Android 9.0 (Pie) after the recent upgrade and packs a 5000mAh battery with support for 15W fast charging. The Samsung Galaxy M30 comes in Gradation Blue and Gradation Black colours and is available on Amazon.in and Samsung India eStore. 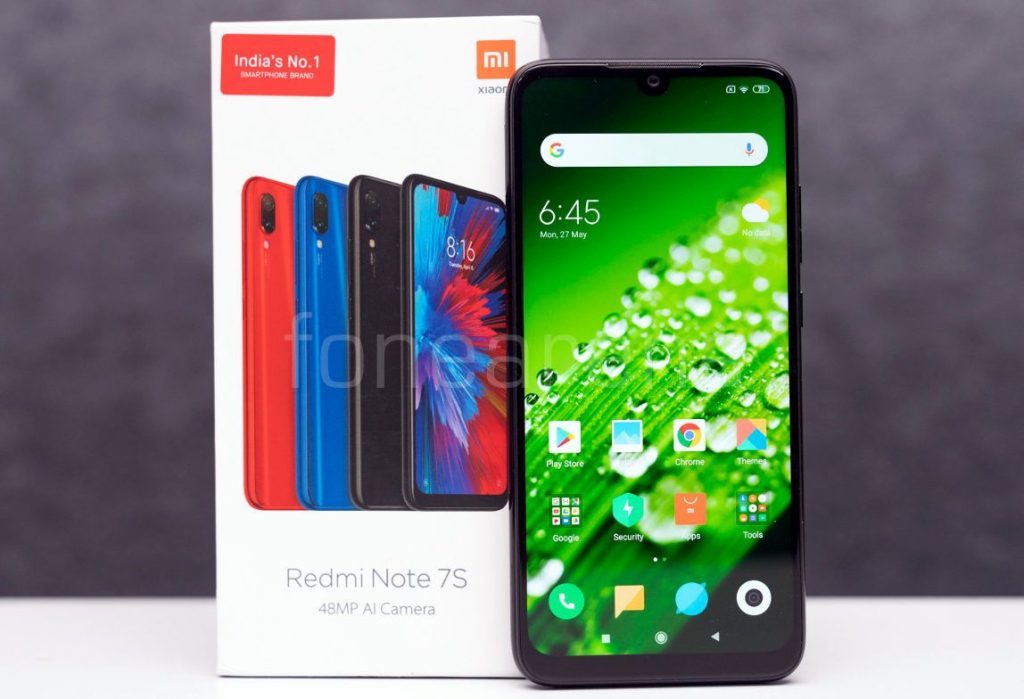 Redmi Note 7s is an improved version of the Redmi Note 7 and was launched in India back in February. It packs a 48MP rear camera with 1/2″ Samsung ISOCELL Bright GM1 sensor along with the 5MP secondary camera. Other specifications are similar to the Redmi Note 7, including a 13MP camera on the front, 6.3-inch Full HD+ DotNotch display, rear-mounted fingerprint sensor and a 4000mAh battery with support for Qualcomm Quick Charge 4.0 for 18W fast charging.
The Redmi Note 7S comes in Onyx Black, Sapphire Blue and Ruby Red colours, starts at Rs. 10,999 for 3GB with the 32GB version and is available on Flipkart.