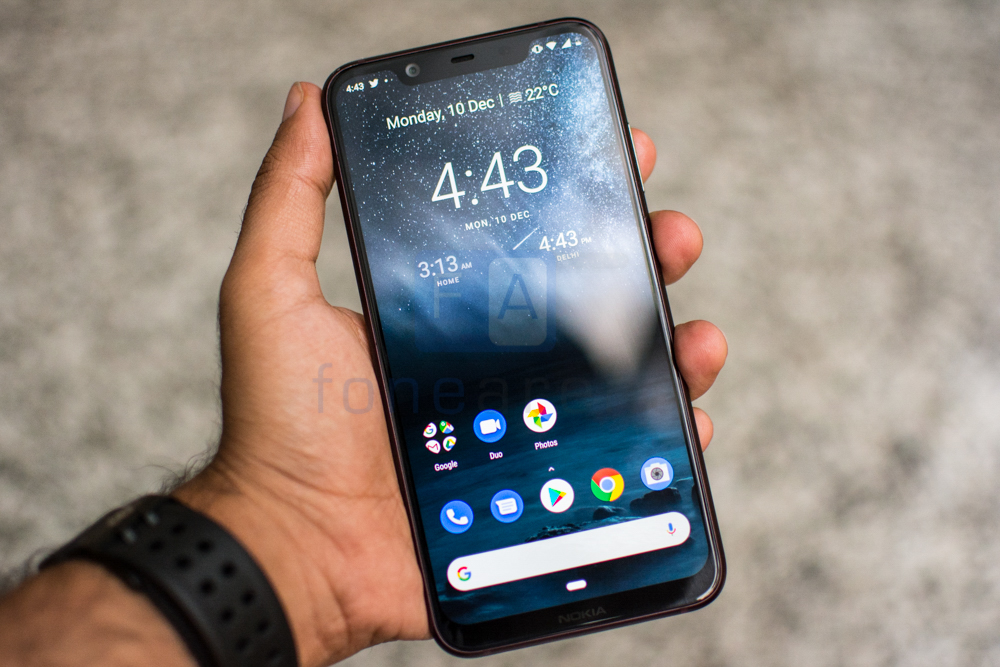 Nokia 8.1 smartphone was launched in India in December 2018. Initially, the company launched the 4GB RAM with 64GB storage variant and after a month, the 6GB RAM with 128GB storage was launched. After nearly 4 months of launch, now both the variants of Nokia 8.1 have received a whopping Rs. 7000 price cut in India.

The revised prices are already live on Nokia’s official website, and are expected to available at the new prices in offline stores too.

There is a 20-megapixel front camera with f/2.0 aperture and pixel binding that can combine four pixels to form 1.8μm large pixel. It has a 6 series aluminum-magnesium alloy frame, glass back, rear-mounted fingerprint sensor, and packs a 3500mAh battery with support for 18W fast charging.