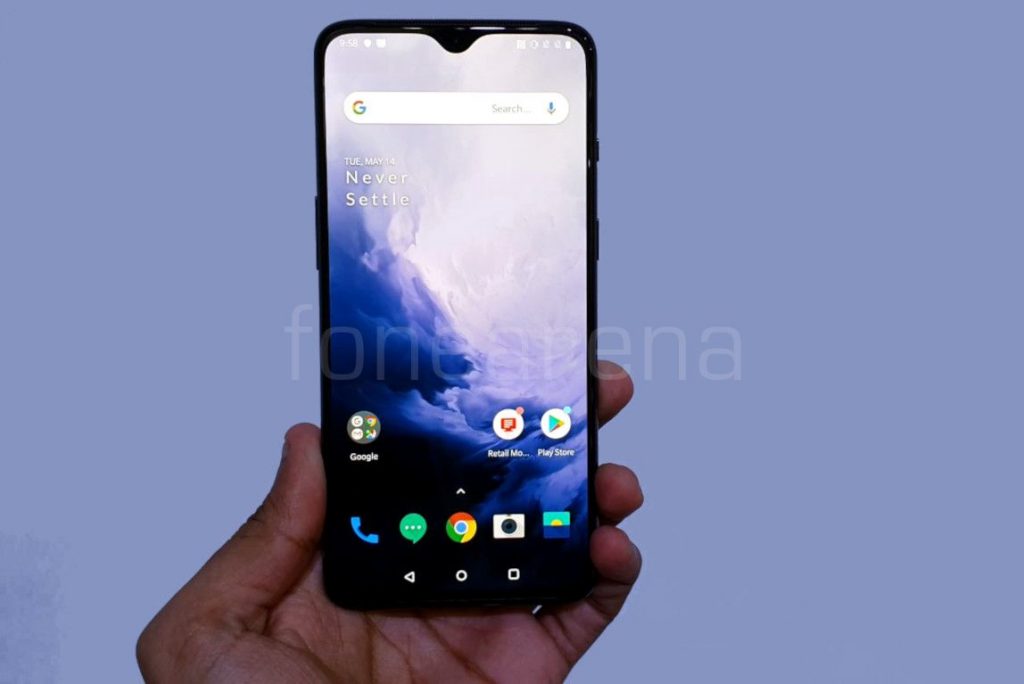 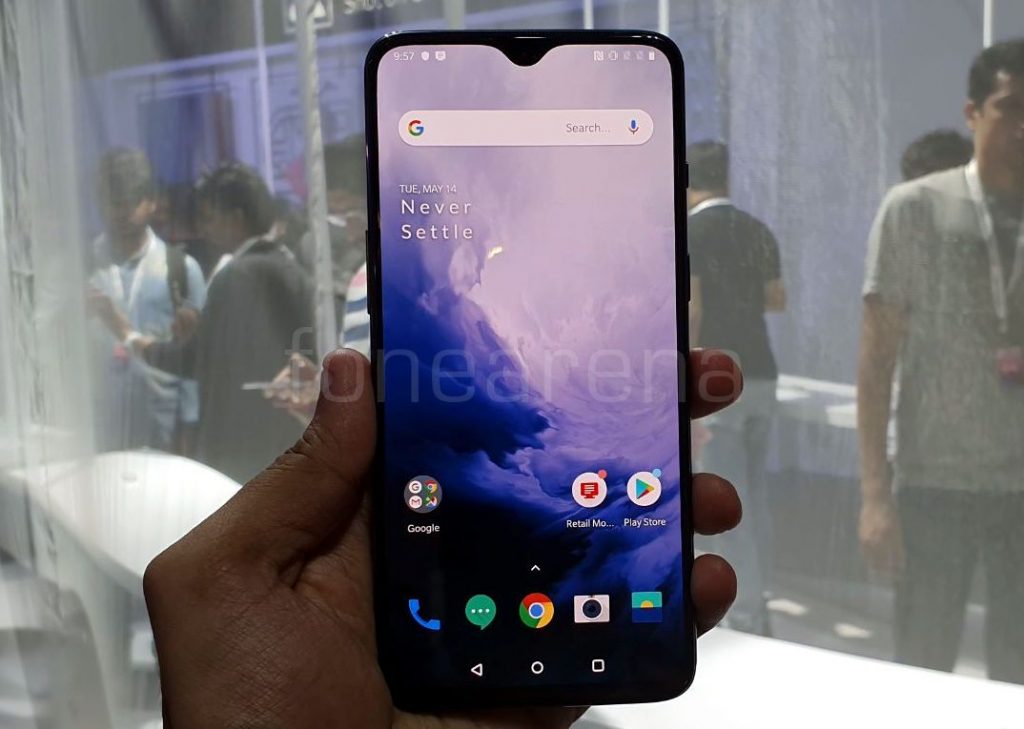 The OnePlus 7 shares the same design language as the previous generation OnePlus 6T smartphone and sports a similar 6.41-inch Full HD+ Optic AMOLED display along with the tiny notch. The display quality on this smartphone looks good and thanks to the AMOLED panel, the blacks are deep and the overall quality of the display felt marginally better than the Oneplus 6T. The ergonomics of the device remained the same as Oneplus 6T, which is a good thing.

Regarding the physical overview, OnePlus 7 has a power button and an alert slider to the right. On the left side, we have the volume rocker and a dual SIM slot. Up top, we have a secondary noise-canceling microphone and at the bottom, we have speaker grille, USB Type-C port, primary microphone and just like the OnePlus 6T, there is no 3.5mm audio jack on this smartphone. There is no IP rating, but the smartphone is water resistant. However, the company will not honor the warranty for any water/liquid damage. 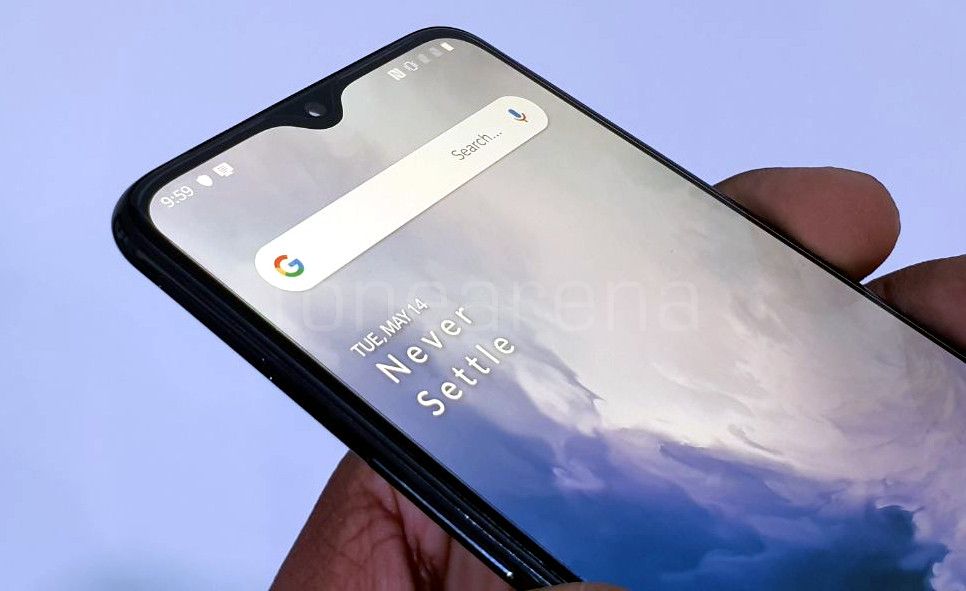 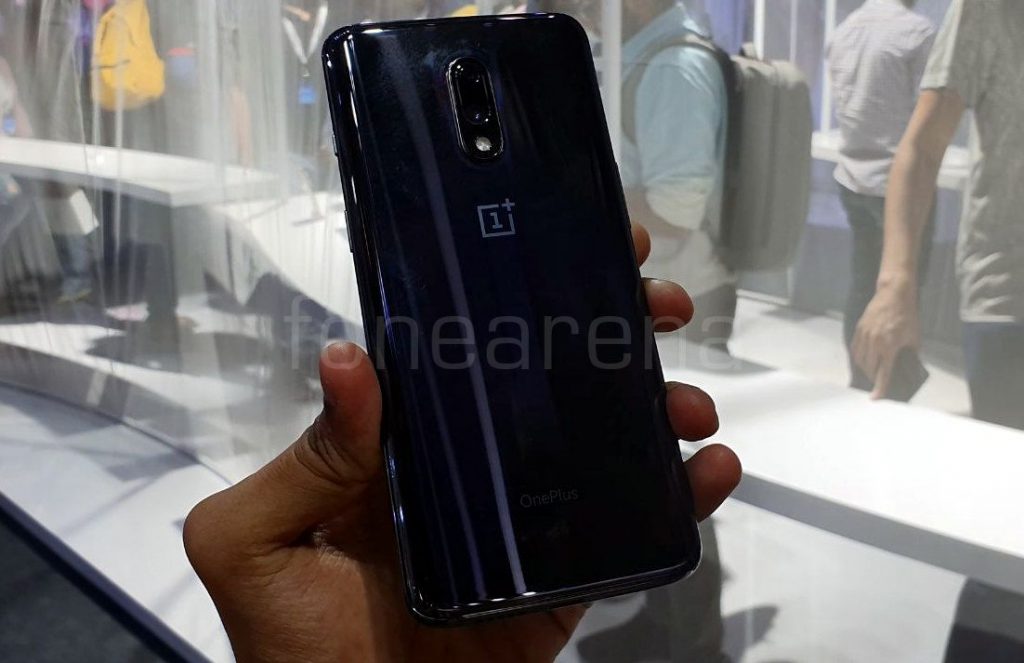 On the back, we have got a dual camera setup that is different from the OnePlus 6T and a Dual LED flash. This time around, there is a slight camera bump to the rear and all of this is housed in a glossy back. The back is highly slippery, attracts fingerprints and smudges easily and it is highly recommended to use a protective case with this smartphone.

When it comes to the specifications, OnePlus 7 is powered by an Octa-core Qualcomm Snapdragon 855 Mobile Platform with Qualcomm AI Engine and Adreno 640 GPU under the hood. It is coupled with 6GB/8GB LPDD4X RAM along with 128GB/256GB internal storage. For the first time, OnePlus 7 comes with UFS 3.0 2-LANE storage which should result in fast read/write speeds compared to UFS 2.1 that was seen on OnePlus 6 and OnePlus 6T smartphones. 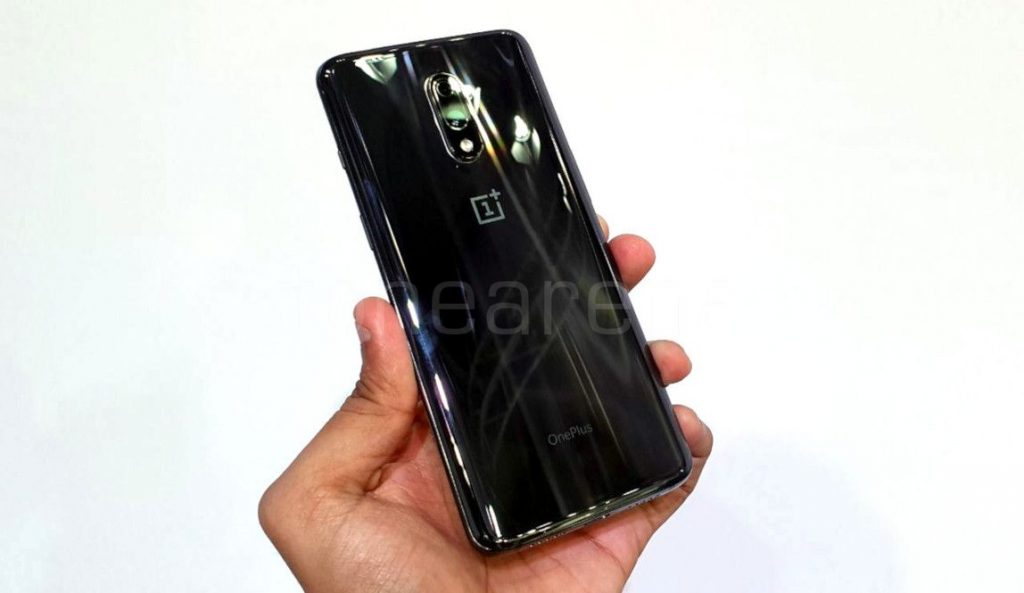 Moving on the camera department, the OnePlus 7 comes equipped with the new 48MP Sony IMX 586 primary sensor and a 5MP secondary sensor. The primary sensor has an aperture of f/1.7 and the secondary sensor has an aperture of f/2.4. The camera supports both OIS and EIS which should help in low light and shooting stabilized video. The front camera is a 16MP Sony IMX 471 sensor with 1.0 µm pixel size and has an aperture of f/2.0. The front camera also supports Electronic Image Stabilization(EIS). With regards to video, OnePlus 7’s rear camera can shoot 4K video at 30/60fps, 1080p video at 30/60fps and also supports Super Slow Motion 1080p video recording at 240 fps and 720p video recording at 480 fps. The camera also has different shooting modes like UltraShot, Nightscape, Studio Lighting, Portrait, Pro Mode, Panorama, HDR, AI Scene Detection and RAW Image.

The OnePlus 7 comes out of the box with Android 9 Pie with the latest version of Oxygen OS on top. It is backed up by a 3700mAh battery with 5V 4A dash charging technology.