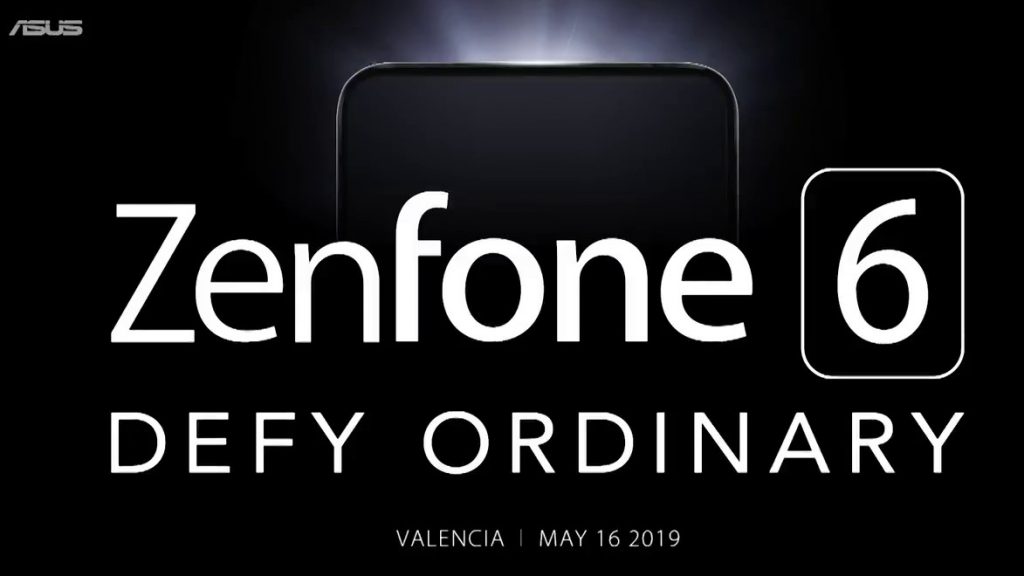 ASUS already confirmed that it will introduce its flagship Zenfone 6 series at an event in Valencia, Spain on May 16th. This week a new ASUS phone with model number ASUS_I01WD surfaced on Geekbench revealing Snapdragon 855, 6GB of RAM and Android Pie, now the AnTuTu listing for the smartphone has also surfaced. 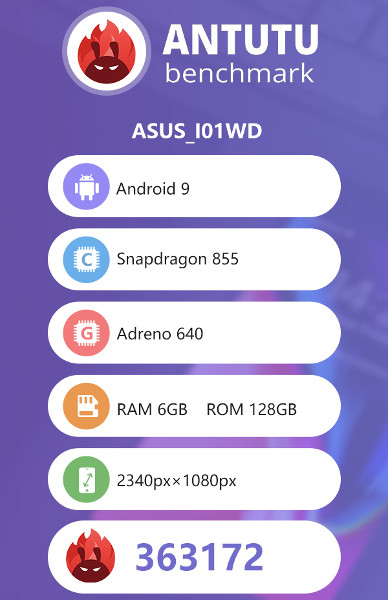 This reveals all these features and also reveals 128GB storage and Full HD+ (2340 ×1080 pixels) 19:5:9 aspect ratio screen, so the phone might feature a waterdrop notch screen, unlike a large notch on the Zenfone 5 series. 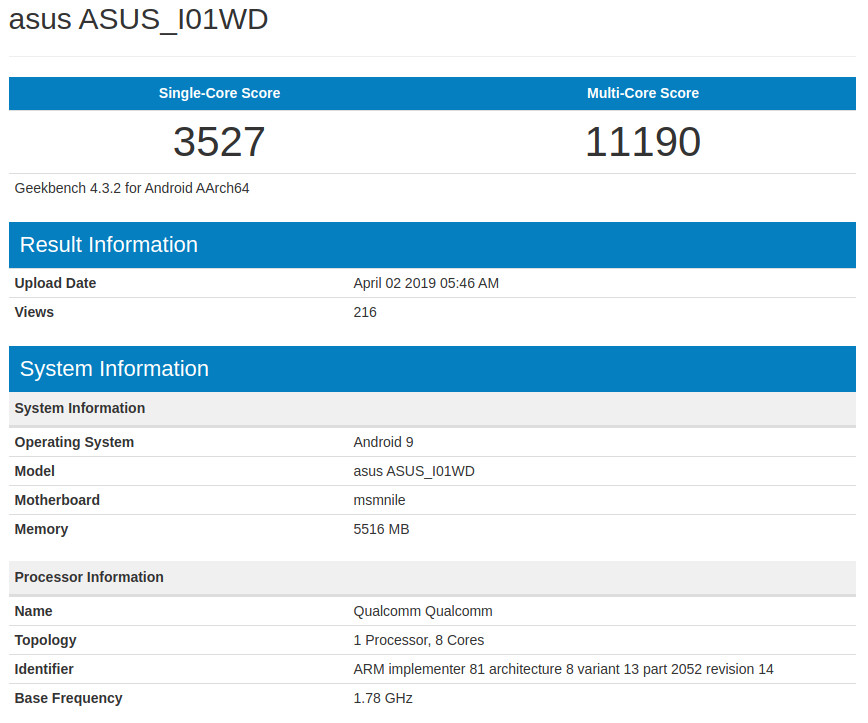 It scores 363,172 points on AnTuTu, which is not the best, but this could be a prototype, so the official retail version might score higher. The phone is also expected to come in higher RAM and storage versions.