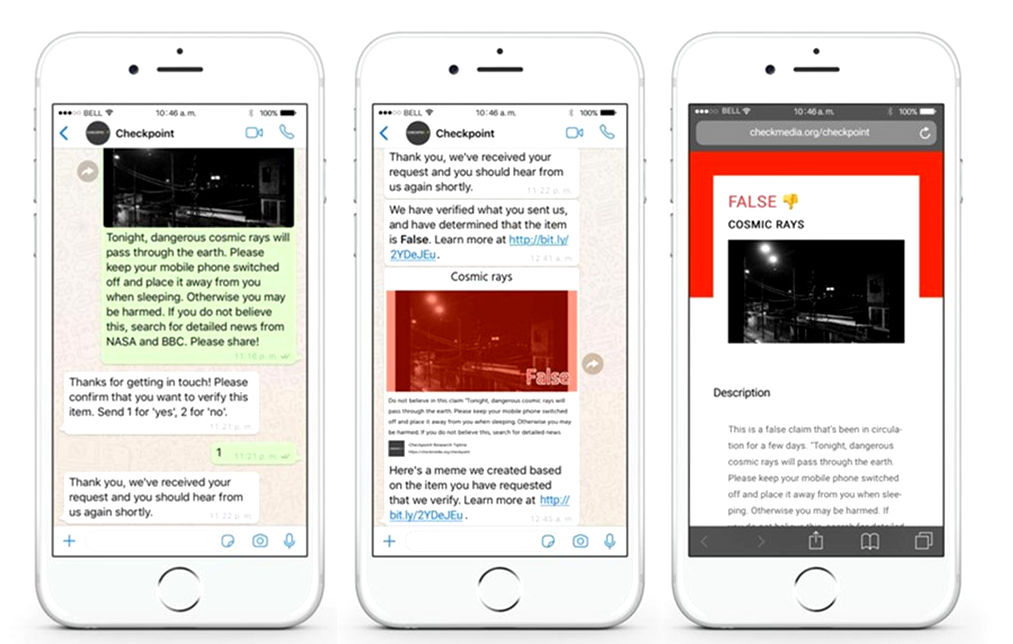 Facebook-owned WhatsApp has been making changes and adding features to its messaging platform recently. Today, WhatsApp has introduced a nifty feature for India called ‘Checkpoint Tipline’ to tackle fake news. This feature has been launched to understand and respond to misinformation during elections in India.

This initiative has been launched by PROTO, an India-based media skilling startup and technically assisted by WhatsApp.

‘Checkpoint Tipline’ will cover four regional languages including Hindi, Telugu, Bengali, and Malayalam, other than English.

The goal of this project is to study the misinformation phenomenon at scale — natively in WhatsApp. As more data flows in, we will be able to identify the most susceptible or affected issues, locations, languages, regions, and more. The verification reports we send back will encourage our grassroots-level “listening posts” to send more signals for analysis

The research from this initiative will help create a global benchmark for those wishing to tackle misinformation in their own markets. This is also innovation in verifying data around elections in a way that is accessible to those who need it in exactly the place they need it