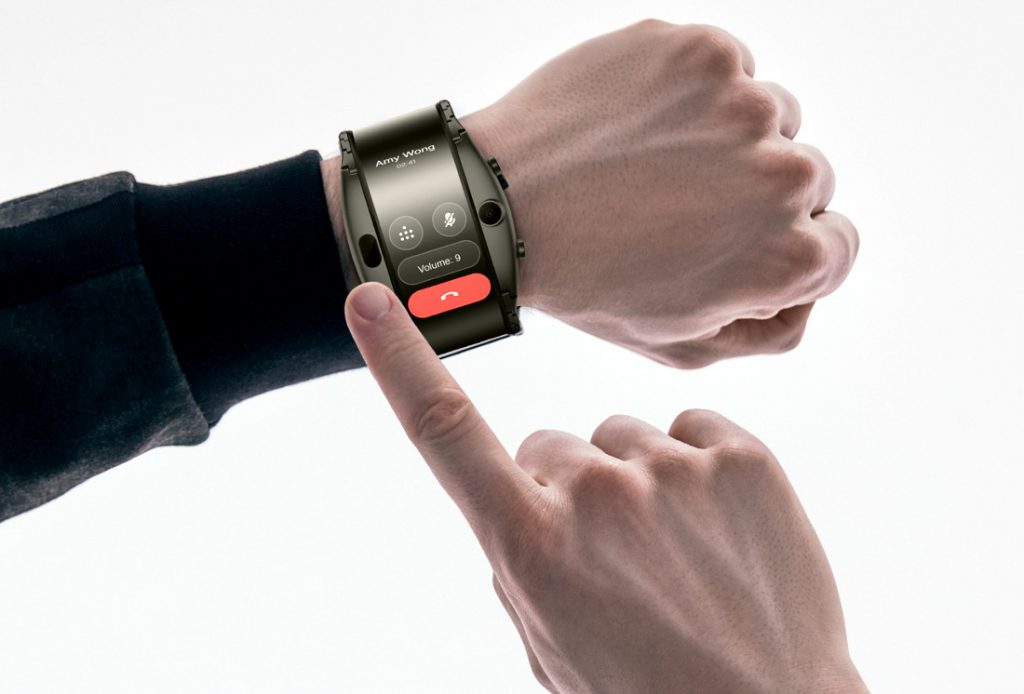 nubia at the IFA 2018 in Berlin teased the nubia-α as the world’s most advanced wearable smartphone with a curved OLED screen. As promised it has introduced the Alpha at the MWC. The company claims that it is the world’s first wearable Smartphone with a flexible, wrap-around display. It has a 4.01-inch flexible OLED display from Visionox, which is up to 230% larger than standard wearable displays. 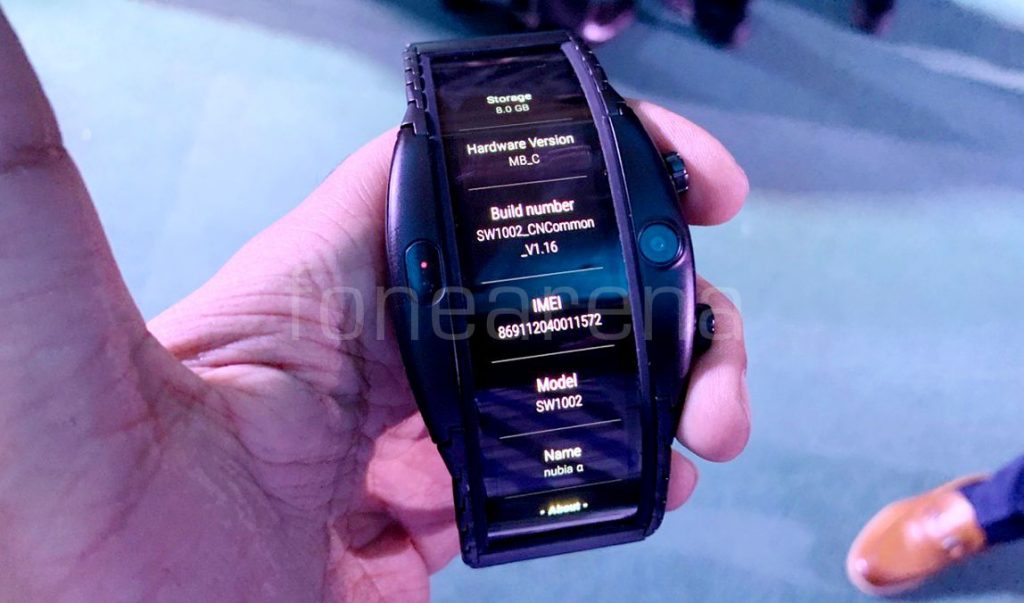 The wrap-around screen has an Panoramic aspect ratio for a more immersive and complete experience, says the company. It is made of 11layers which ensures both vibrance and durability over time. It is water-resistant body, and the flexible display is coated in strong, heat-resistant Polyimide. 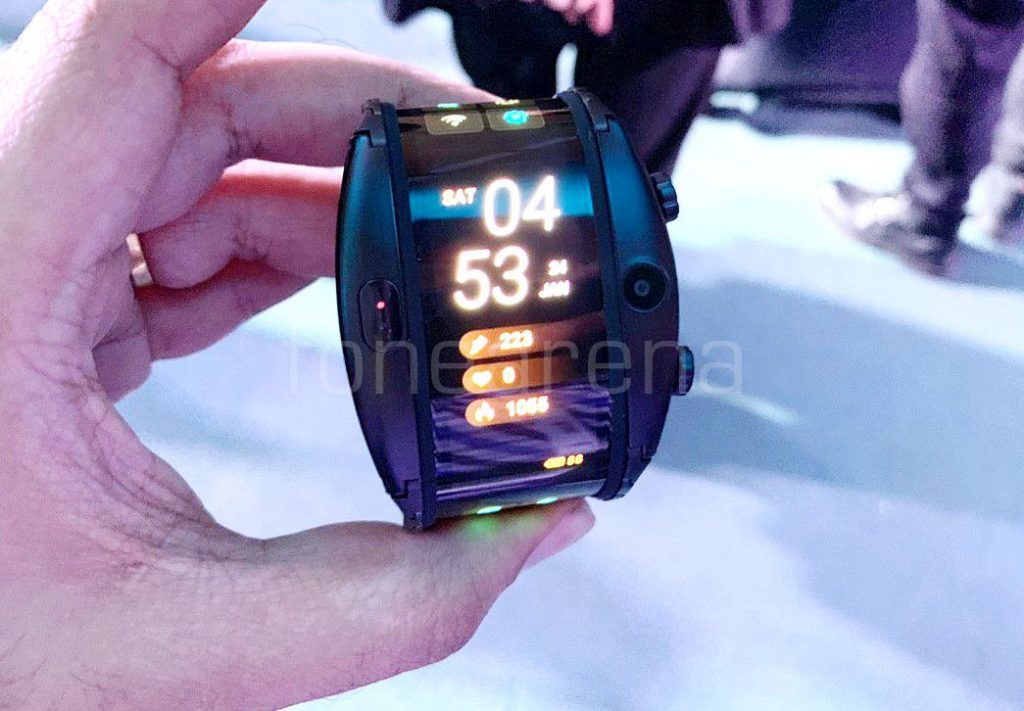 It is powered by  Qualcomm Snapdragon Wear 2100 platform, has 1GB of RAM, 8GB of onboard memory and also has eSIM support for 4G, native voice calling in addition to WiFi and Bluetooth in the standard version that also let you make calls when you connect it to the phone via Bluetooth. You can use the built-in speaker and microphone or use Bluetooth headset to attend the calls.

It has a 5-megapixel camera with 82-degree wide-angle lens and f/2.2 aperture. It has clever UI shortcuts, so in order to take a picture, you just have to tap on the screen and long press records a video. 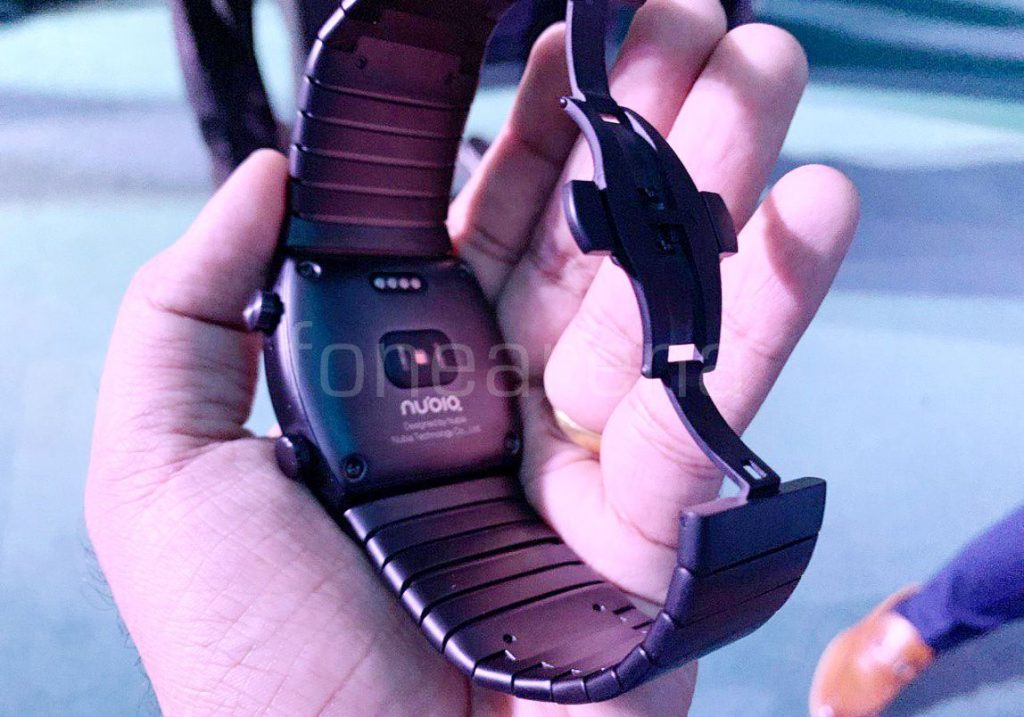 Other features include exercise and health assistanct, sleep and run tracking and music playback. It has a heart rate sensor on the back, packs a 500mAh battery,that offers  1-2 days of battery with regular use or up to a week of standby time. It has a stainless steel body, comes in Black and Gold with the Gold version feature a band plated in 18k gold.