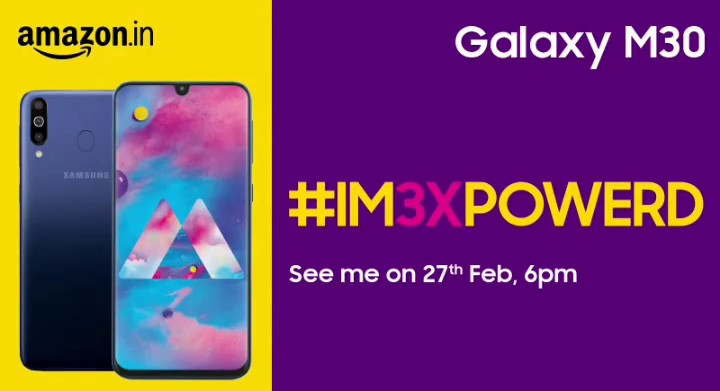 Samsung launched the Galaxy M10 and Galaxy M20 smartphones in the new ‘M Series’ in India last month at a competitive price tag. Now the company has confirmed that it will launch the Galaxy M30 smartphone in India on February 27th, a day before Xiaomi launches its Redmi Note 7 smartphone. The teaser image reveals a similar Infinity-V display and a rear-mounted fingerprint sensor, but this will come with triple rear cameras.

Earlier rumors revealed a 13+5+5MP sensors for regular, wide-angle lens, and telephoto lens for portrait shots and a 16MP selfie shooter on the front as well as 5000mAh battery. Now rumor reavals a Super AMOLED screen instead of TFT screen on the M10 and M20 smartphones.