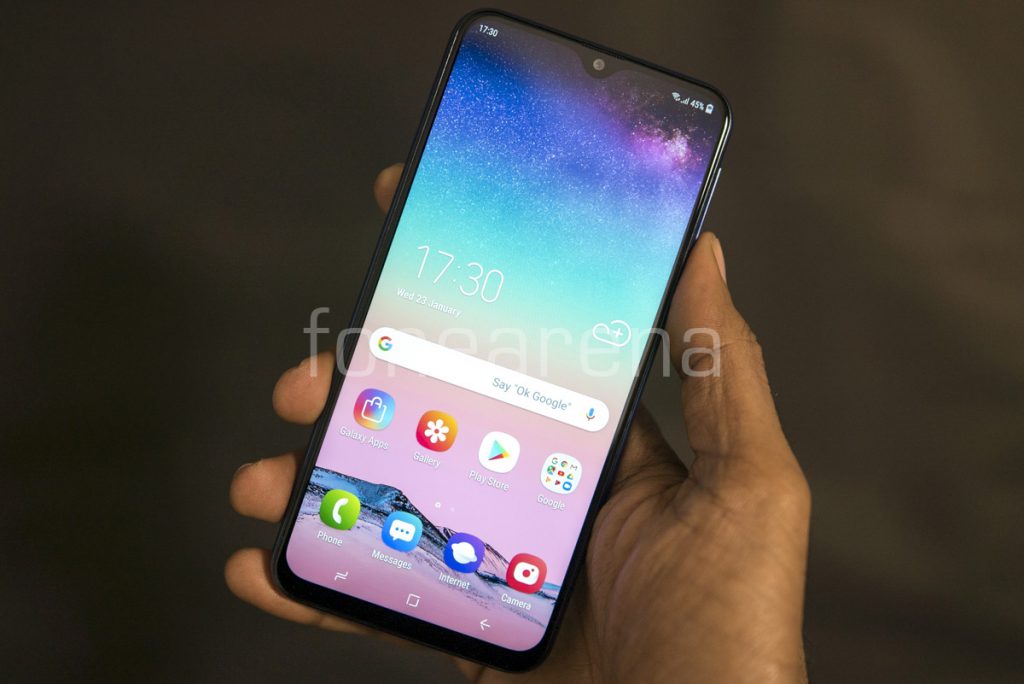 The new M series from Samsung is all about addressing the needs of the Indian market. Our demographic is such that Samsung has decided to launch this series here first, starting with the M10 and the M20. We’d seen the first impressions of the Galaxy M10, now it’s the Galaxy M20’s turn. This device, at a great starting price of Rs. 10,990 (3/32) and Rs. 12,990 (4/64), aims to compete in the most hotly contested smartphone segment in our country. I was lucky enough to test the device just before launch and here are my first impressions. 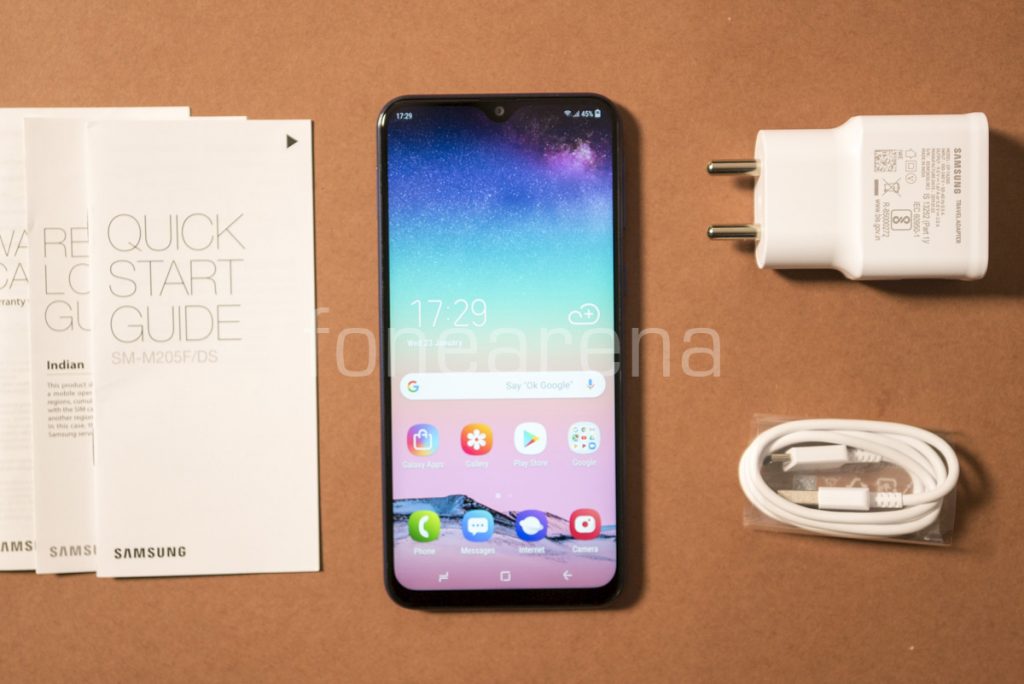 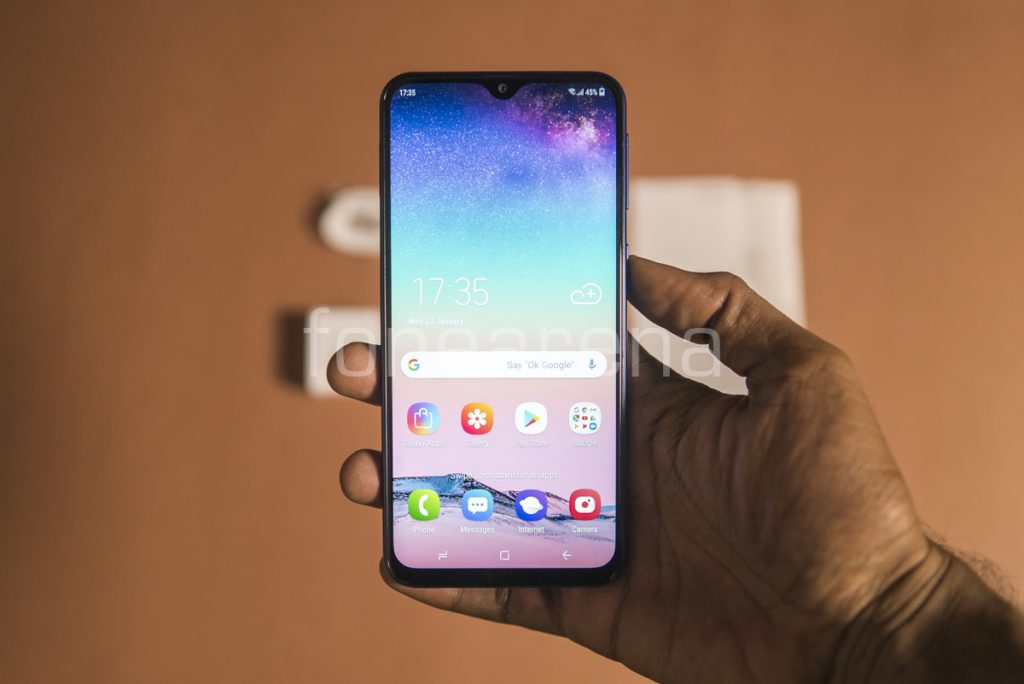 The display with a full HD+ resolution, is bright and colorful, just like its little brother. Of course, the higher pixel density is visible upon close inspection. 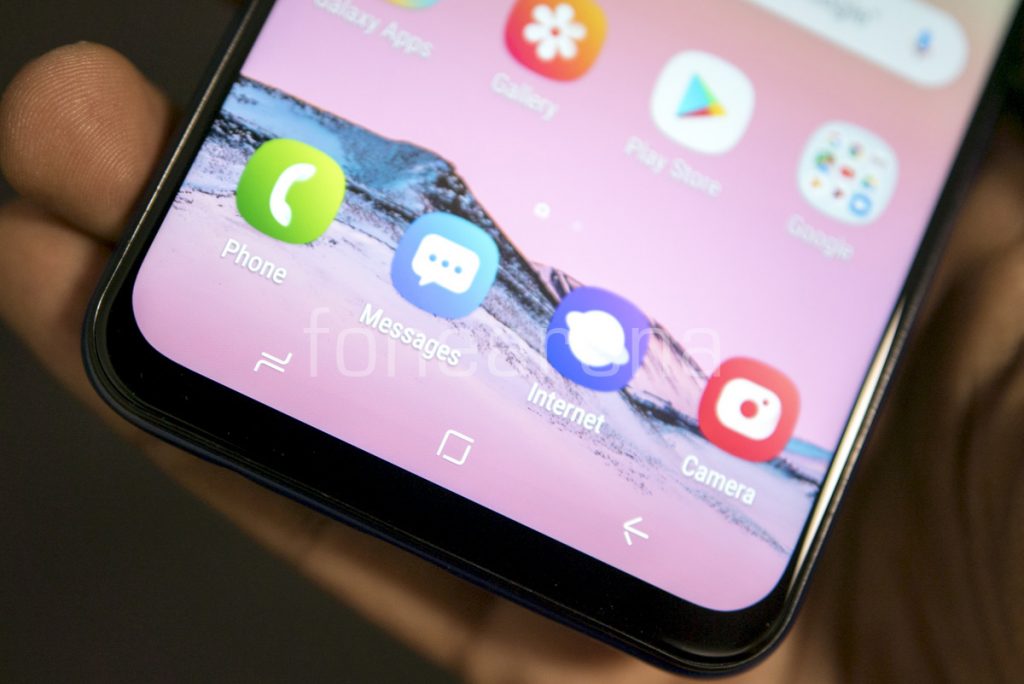 I also found the chin to be relatively small compared to the M10. 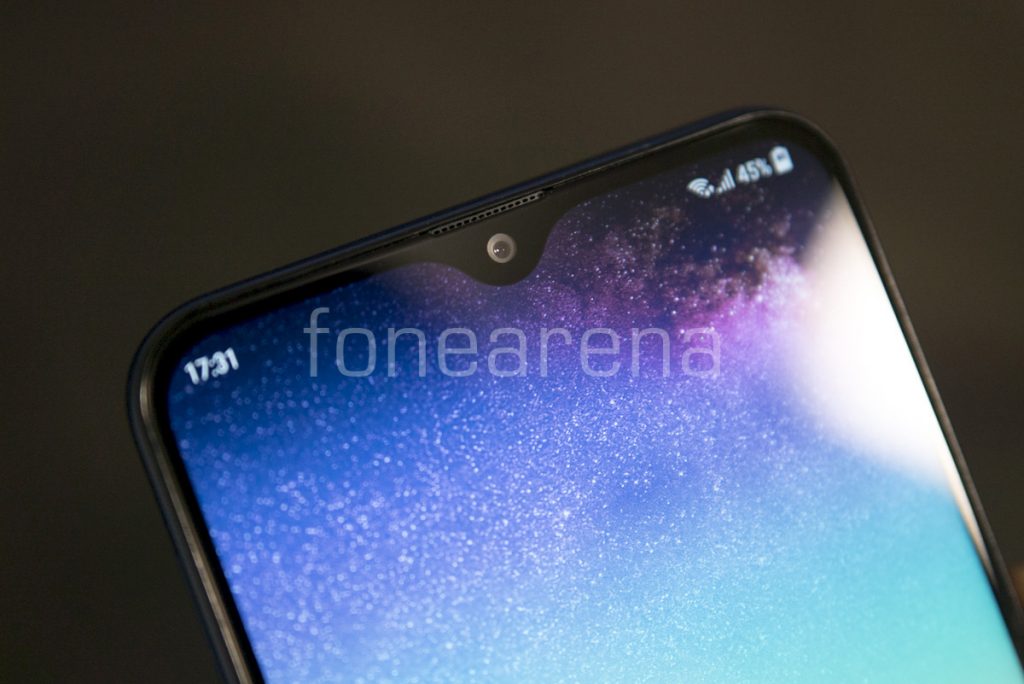 There are a few devices with the dew drop notch at this price range now, so this is not something unique. But what Samsung has done with it, with regards to highlighting the notch with an animation during face unlock or while using the 8MP front facing camera, makes it part of the experience rather than just a notch. 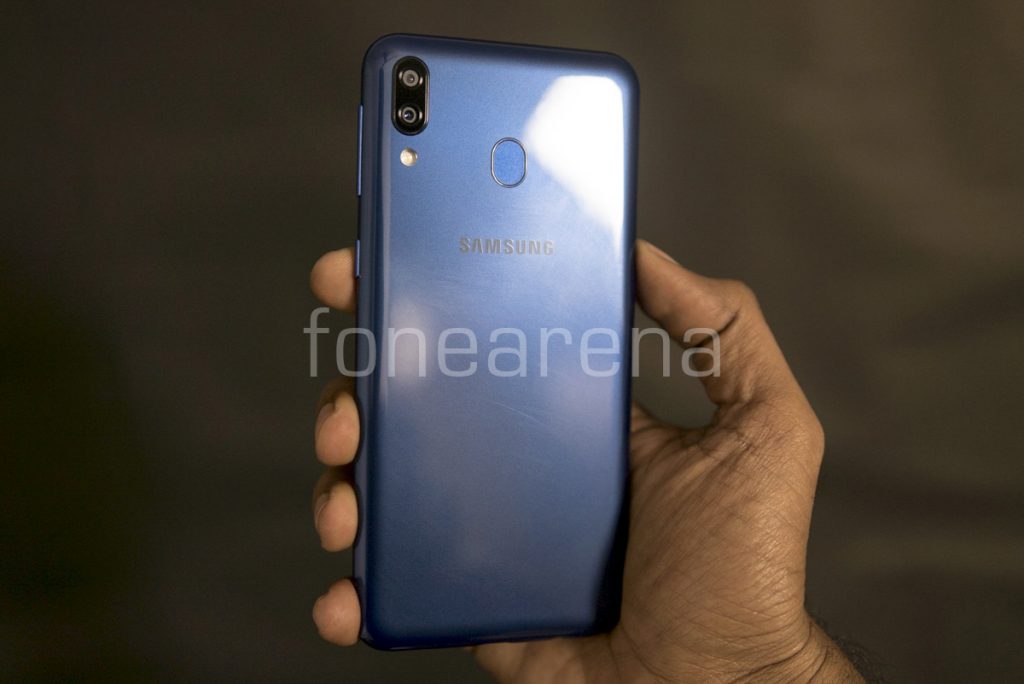 The major difference in the build compared to the M10 was the weight. Thanks to the 5,000 mAH battery, the M20 felt relatively heavier. And yes, there is a fingerprint scanner at the back, you don’t have to rely on the not-so-great face unlock on this one. 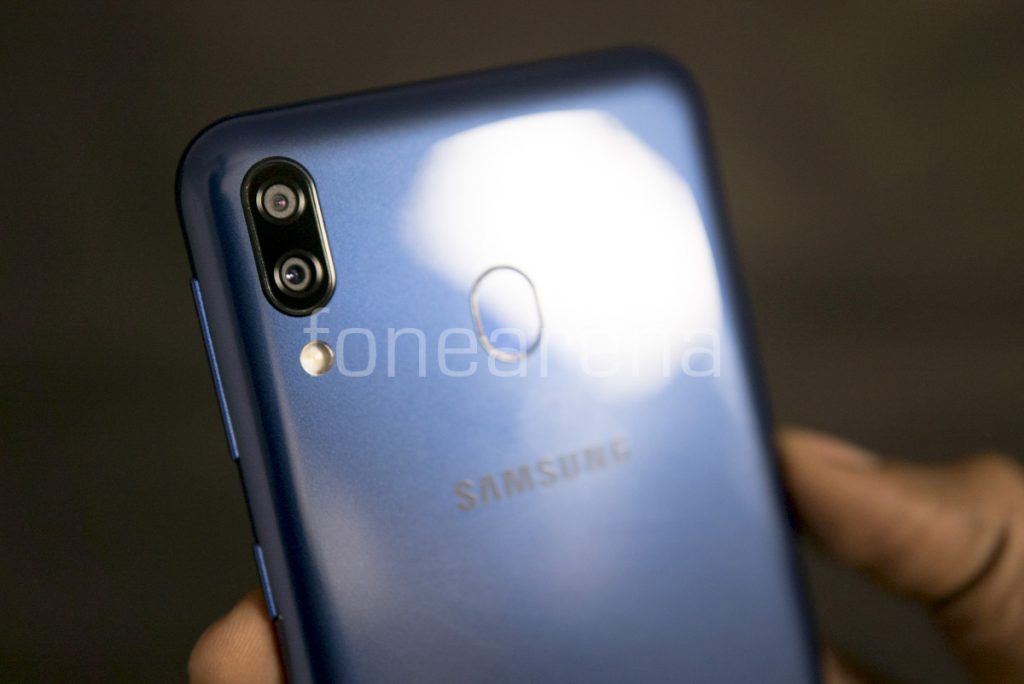 The major differentiator when compared with the competition would be the addition of a wide angle camera as the second camera instead of just a depth sensor which never takes photos. Samsung’s live focus feature is available on both the rear and the front facing cameras, in case you are wondering. In my limited experience, I wasn’t super impressed with the image quality, but certainly having the wide angle option is great and the f1.9 aperture on the main 13 MP sensor is great in low light. More in the review. 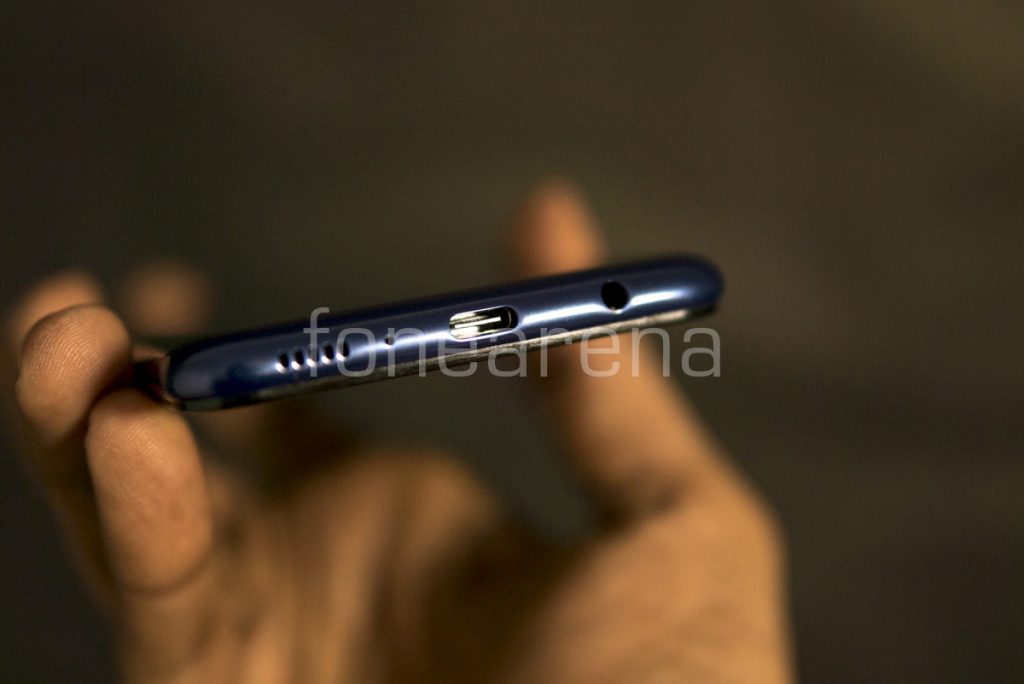 The speakers are located at the bottom, unlike at the back on the M10 and yes, there is a 3.5mm jack and a fast charging capable type C USB port. 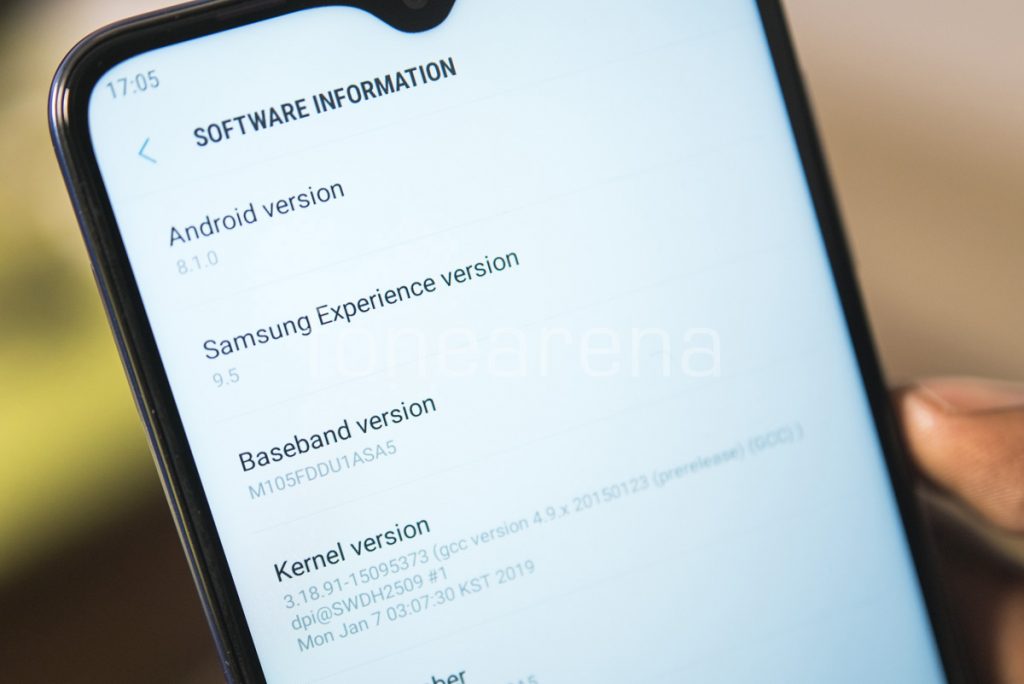 The above picture is from the M10 but the M20 features the same version of the operating system and the Samsung Experience 9.5 UI layer on top of it. Initially I was very skeptical about the UI, but after using it for a while, I was pleasantly surprised. The UI was fast and smooth and it has all the Samsung UI features we’ve come to expect. I’ll tell you why I was skeptical in the beginning – When I had the opportunity to meet Samsung, along with other press colleagues, a certain strong point of feedback was put forward unanimously. We wanted to see One UI in all the Samsung devices. I think they heard it loud and clear and this could be a reality if rumors floating around are believed to be true. With One UI, the skepticism I had would vanish, but again after actually going hands on with the device, it is less of a problem than I expected. 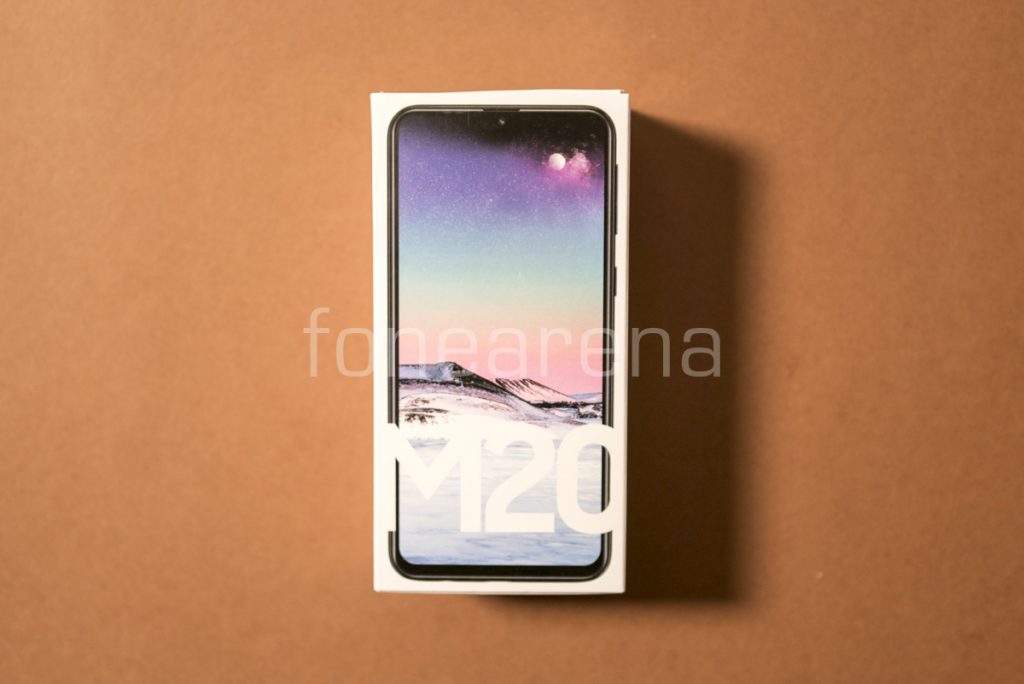 The Samsung Galaxy M20 has a great Infinity-V display, the processor is powerful enough for daily use and probably even a bit of gaming (it scored the same as a Snapdragon 636 on Geekbench, more in the review), the battery is big enough to last a couple of days, fast charging makes it very convenient. The dual cameras are actually dual, instead of a dummy depth sensor as the second unit and f1.9 is great for low light.

Sure, the design is lackluster, but other than that, as far as first impressions go, I feel that the M20 exceeds expectations attached to this price segment and is definitely a powerful choice in the mid range. Does it compete well? Yes. Does it have everything you need for this price segment? Yes, and probably a bit more. But of course, we’d like to test it more and deliver a much deeper verdict in our full review, stay tuned for that! Until then, let us know what you think in the comments section below!