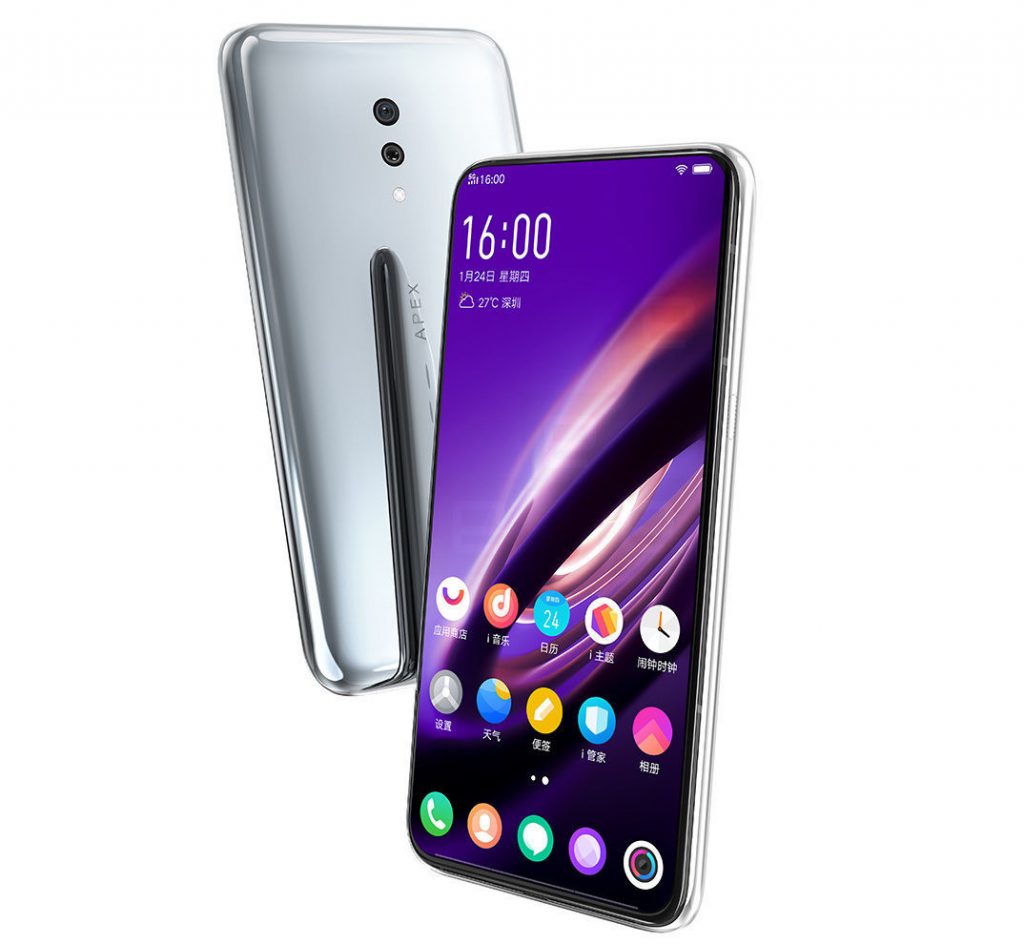 Vivo just announced APEX 2019, the company’s latest concept phone in China, as it had promised. This doesn’t have any ports or buttons, similar to the Meizu Zero that was introduced yesterday, but this has a curved glass design instead of the ceramic back on the Meizu phone. It doesn’t have a 3.5mm audio jack, repleaces physical buttons with pressure-sensitive power and volume buttons and also doesn’t have an USB port, instead it relies on a magnetic port that connects to the bottom part of the back cover for charging and data transfer. 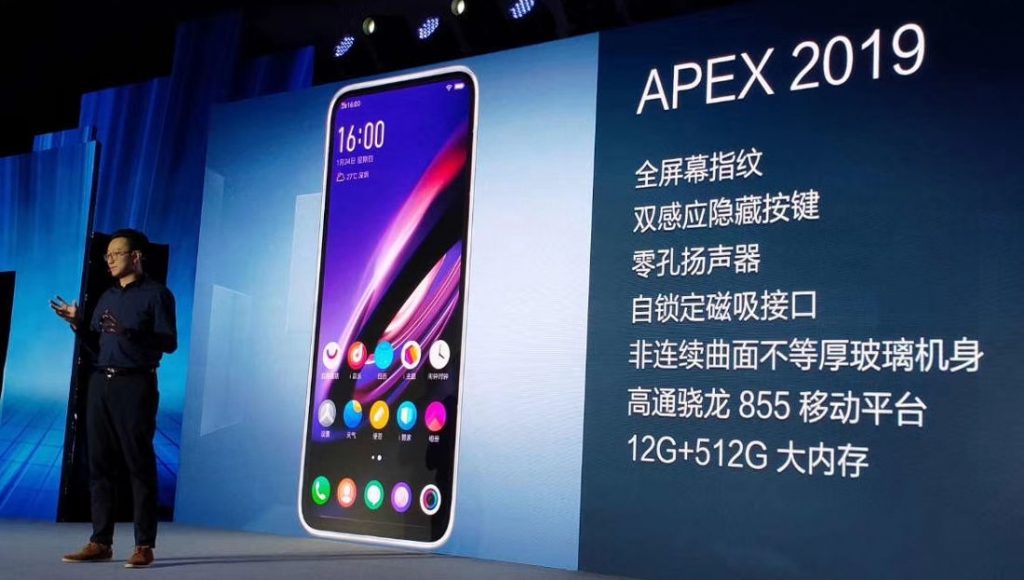 It uses full-screen sound technology  that uses the phone’s screen as a speaker and the earpiece for calls. It has a 6.39-inch AMOLED display, is powered by the latest Snapdragon 855, has support for 5G via eSIM, uses liquid-cooled plate, packs 12GB RAM and whopping 256GB or 512GB of storage. The internals have 3D duplex stacking design and uses MoB packaging technology to effectively reduce the space occupied by internal components.

It has full screen fingerprint technology that allows users to unlock the phone by placing your finger almost anywhere in the display, and also supports two finger unlocking. It has 12MP + 13MP dual rear cameras, but it doesn’t have a front camera.

The Vivo APEX 2019 comes in White, Gray and Black colors. Since this is just a concept, it will likely be introduced as the next-generation NEX phone sometime later this year. Before that we can expect it to be showcased at the MWC 2019 next month in Barcelona.