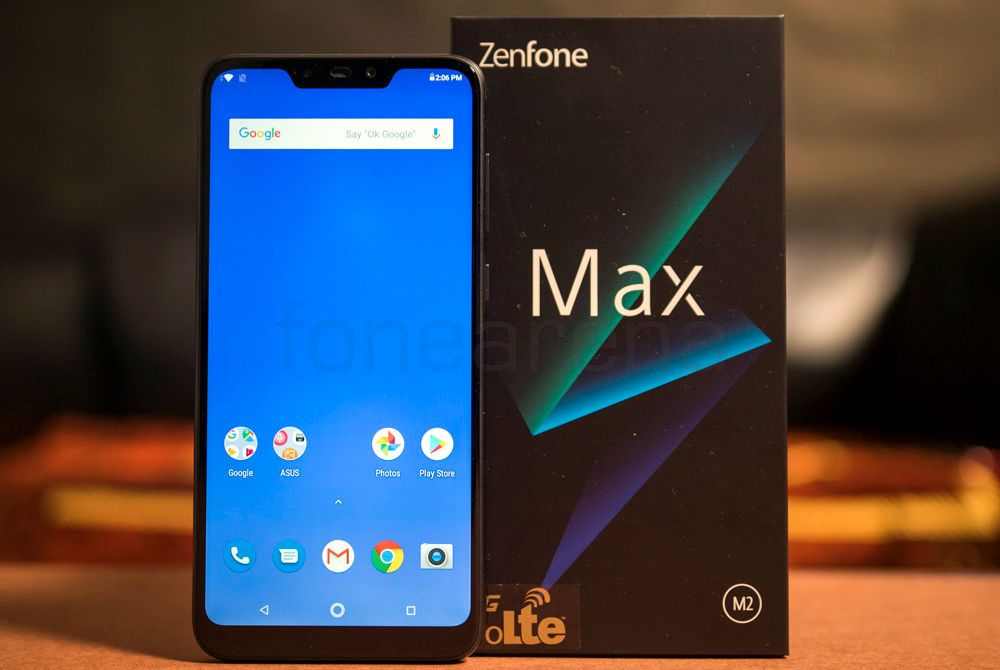 While ASUS enjoys a solid presence across the globe for its smartphones and laptops, the Taiwan company was literally lagging behind the smartphone race in India until 2018. Learning some lessons hard way, ASUS made its comeback in the Indian market with some amazing smartphones like ROG phone, Zenfone 5Z, Zenfone Max Pro M1 and Max M1. It’s worth mentioning that, each and every phone launched last year garnered a positive reaction from critics and masses alike.

It recently launched the Zenfone Max M2 catering the mid-range audience at a starting price of Rs. 9999. Here is our review. 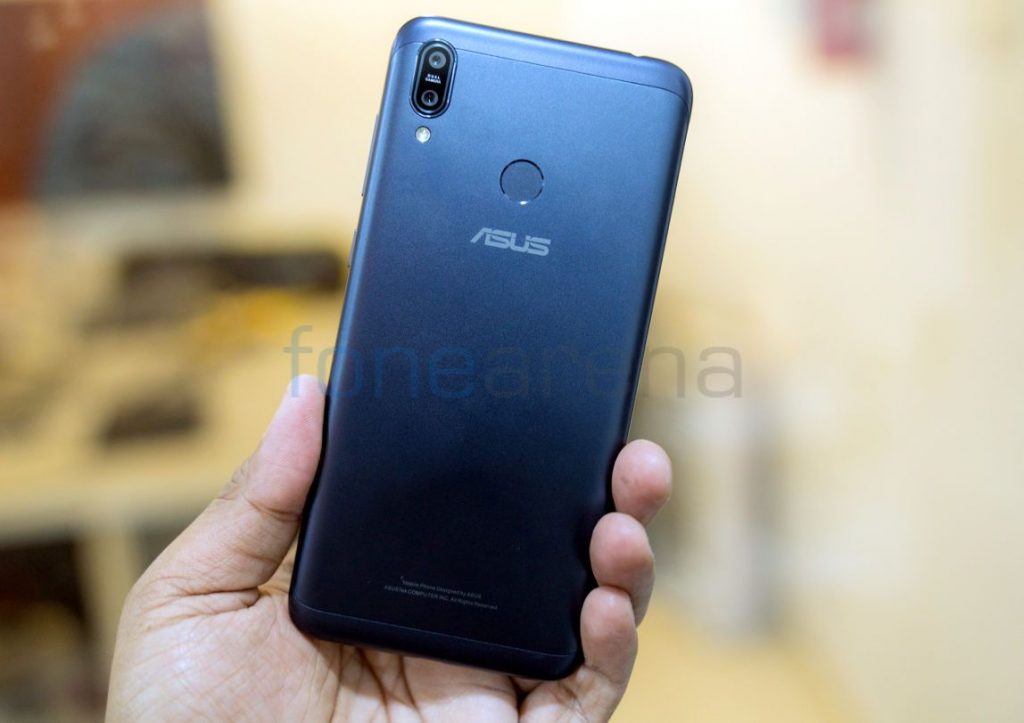 The Asus Zenfone Max M2 has a metal back with plastic finish on the top and the bottom, similar to the Max Pro M1. The side frame is made of a thick plastic frame, housing the interactive elements. The build quality is solid for the price point, feels sleek and bit heavy. It measures 7.7mm in thickness and weighs around 160 grams.

Moving on to the placement, the power button and the volume rockers are present on the right, dedicated Dual SIM and microSD slots, arranged in a single tray is present on the left. 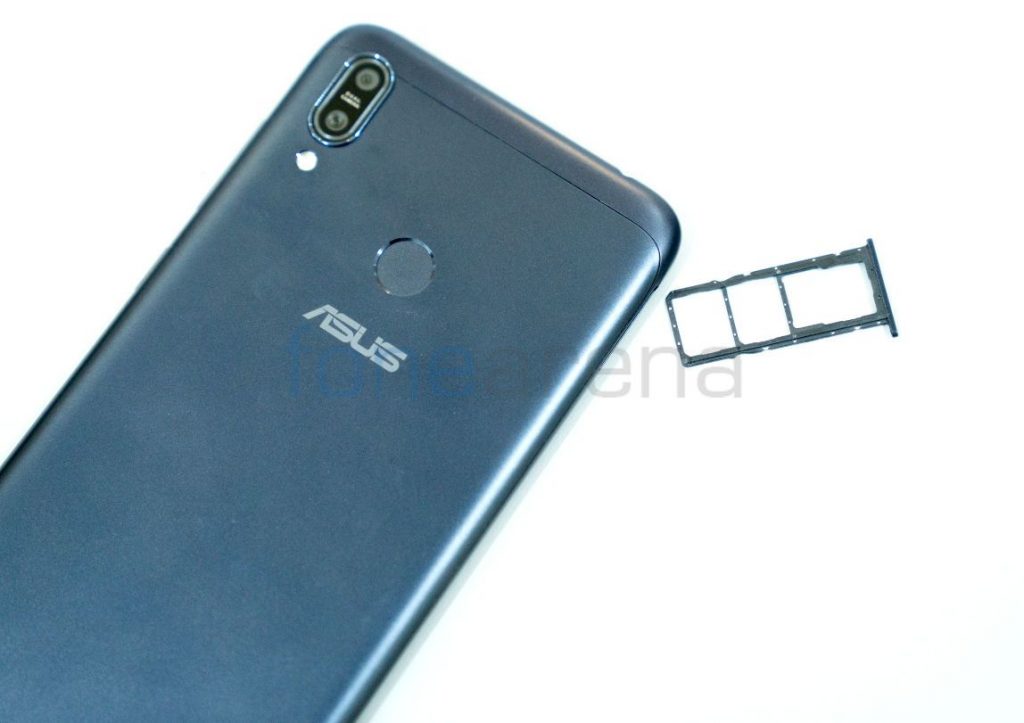 The primary microphone, micro USB port and the loudspeaker grill are present on the bottom, while the secondary microphone and 3.5mm audio jack are housed on the top. 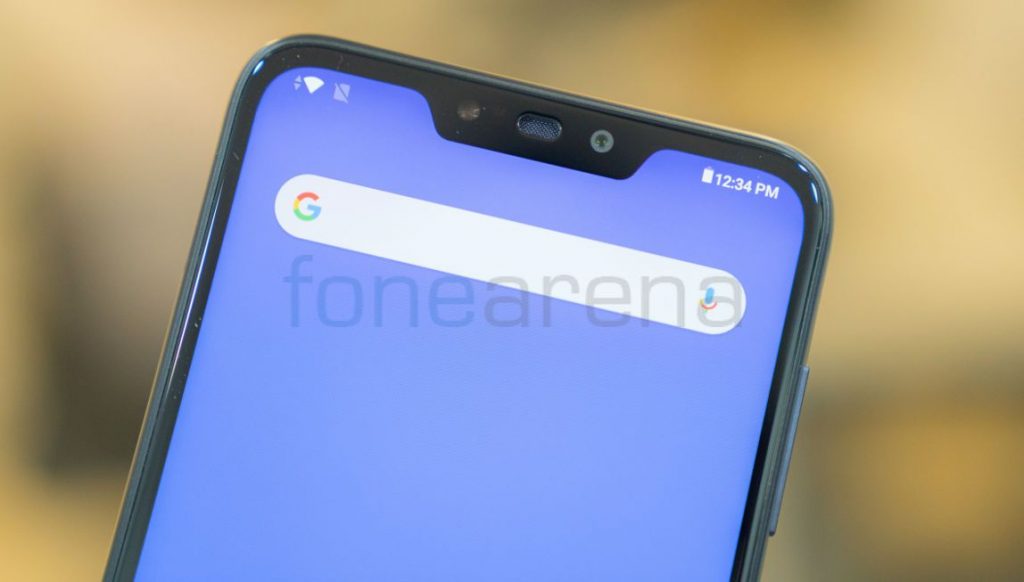 On the front, Max M2 houses a small notch that accommodates the 8MP front camera, LED flash, the usual set of proximity and ambient light sensors as well as a notification LED that glows in green and red colours. The earpiece is present on the edge of the bezel. 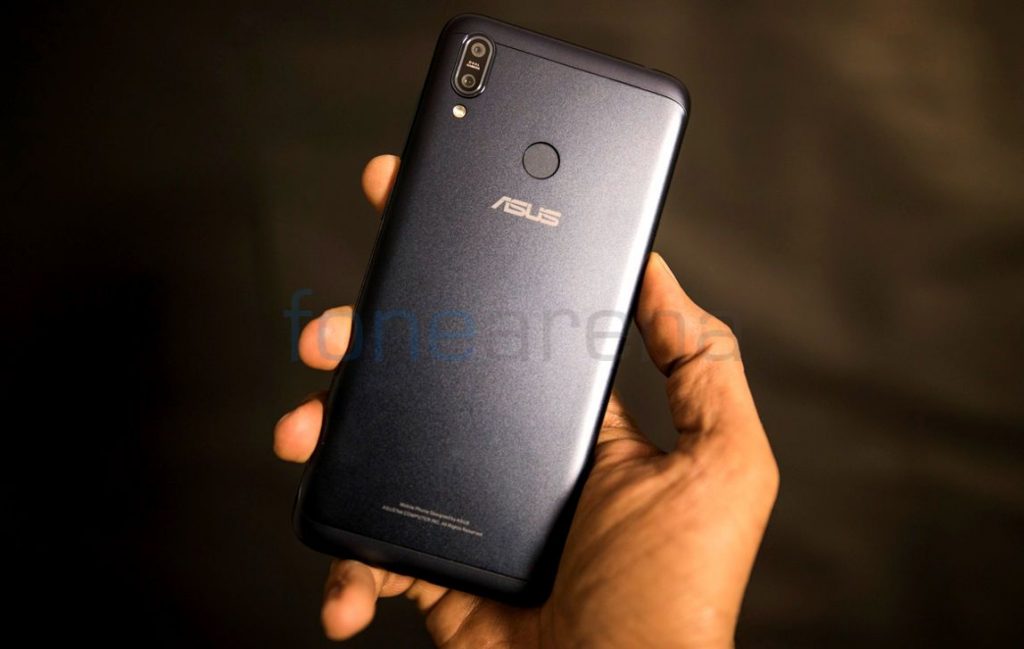 Flipping it back, we have a dual camera setup and a LED flash beneath it stacked vertically. In addition to it, we also have a circular fingerprint scanner as well. 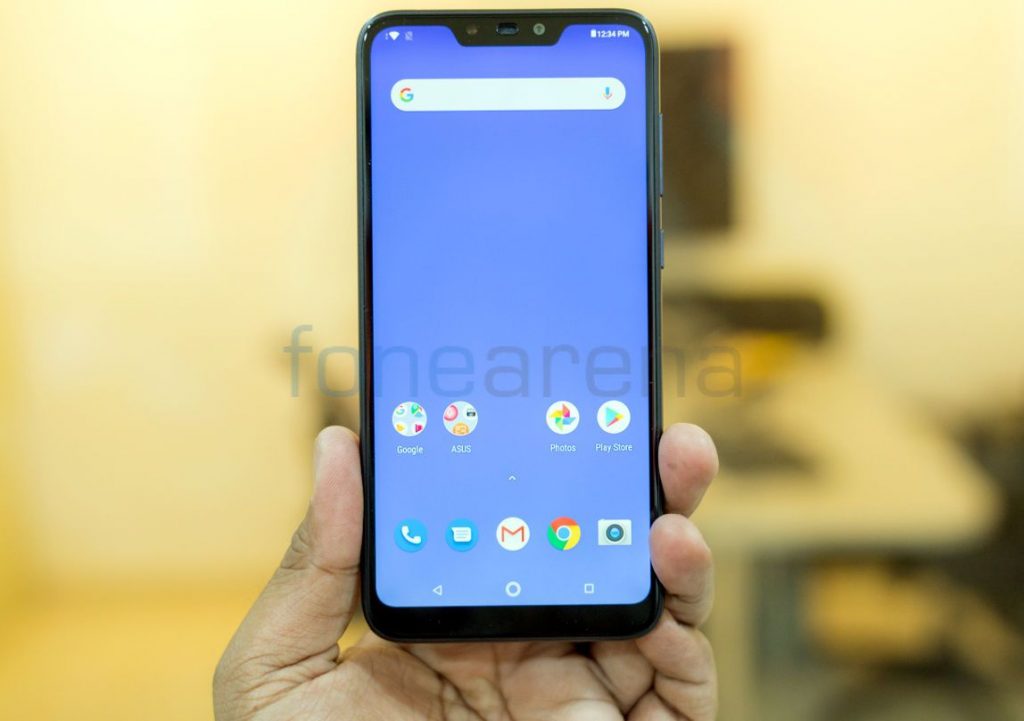 The Asus Zenfone Max M2 sports a 6.26-inch (1520×720 pixels) HD+ 19:9 2.5D curved glass display. The display is bright, colours are vibrant, viewing angles and the sunlight legibility are good as well. The screen-to-body ratio of the phone is about 80.9%, which is definitely more compared to its predecessor. 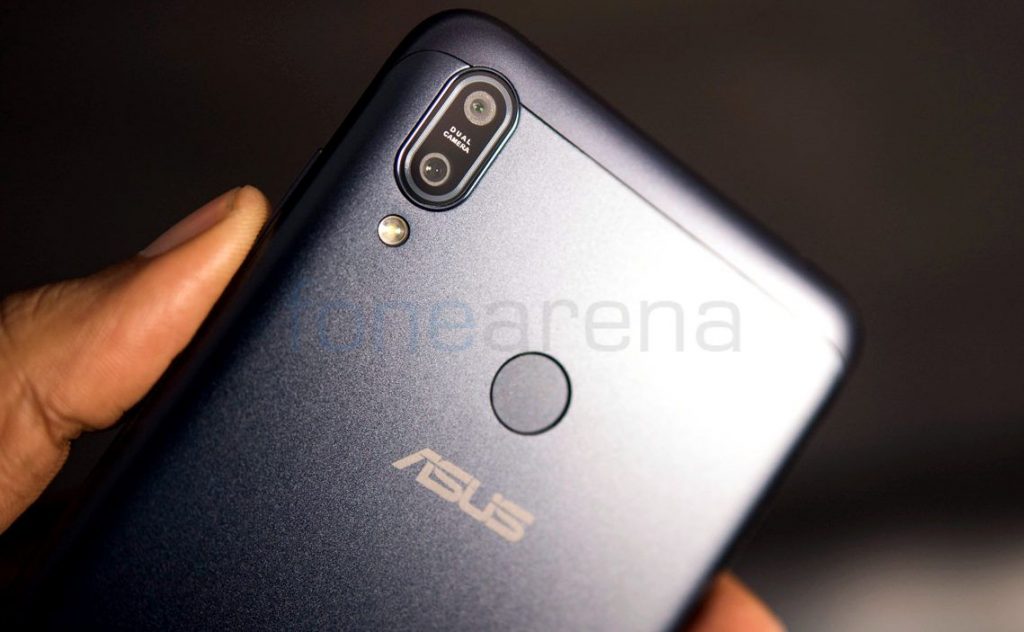 The Zenfone Max M2 comes equipped with a 13MP rear camera with LED flash, f/1.8 aperture and secondary 2MP camera. The front side of the device is taken care of 8MP camera with f/2.0 aperture and LED flash. Talking about the UI, the bottom stripe consists of shutter button option to switch to the video camera, toggle between the camera, preview window and different scene modes. On top, we have settings menu, option to enable portrait mode, Beautify, flash toggle and an option to choose different camera modes (Auto, Pro, HDR, Sports and Night).

Regular day to day shots look about as good as you’d expect. The phone manages to retain a large number of details with well-controlled noise levels. Depth Mode works better than we’d expected and the phone does a good job of edge detection. Low-light performance is average and has noise. However, low-light shots and images with flash don’t have many details. Check out the sample images below 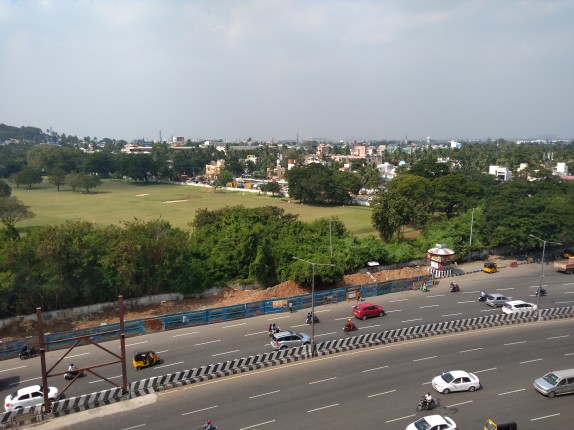 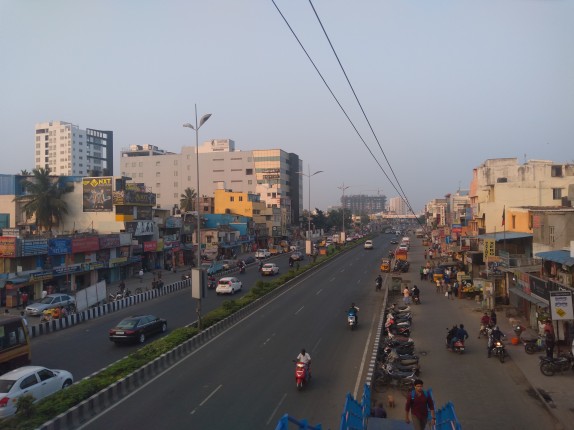 It can record videos at maximum 4K (30fps). Check out the video sample below.

The phone runs on stock Android 8.1 (Oreo). It was launched with October security patch, but it got the December 2018 patch recently. It should get Android 9.0 Pie update in the future, but the company has not promised when it will arrive. It has ZenMotion gestures that let you enable double-tap to turn off or wake up the screen. Since it runs on stock Android, the device supports Orei features including auto-fill, improvements by limiting tasks that run in the background when not in use, Picture-in-picture mode, additional Bluetooth audio codecs and more. 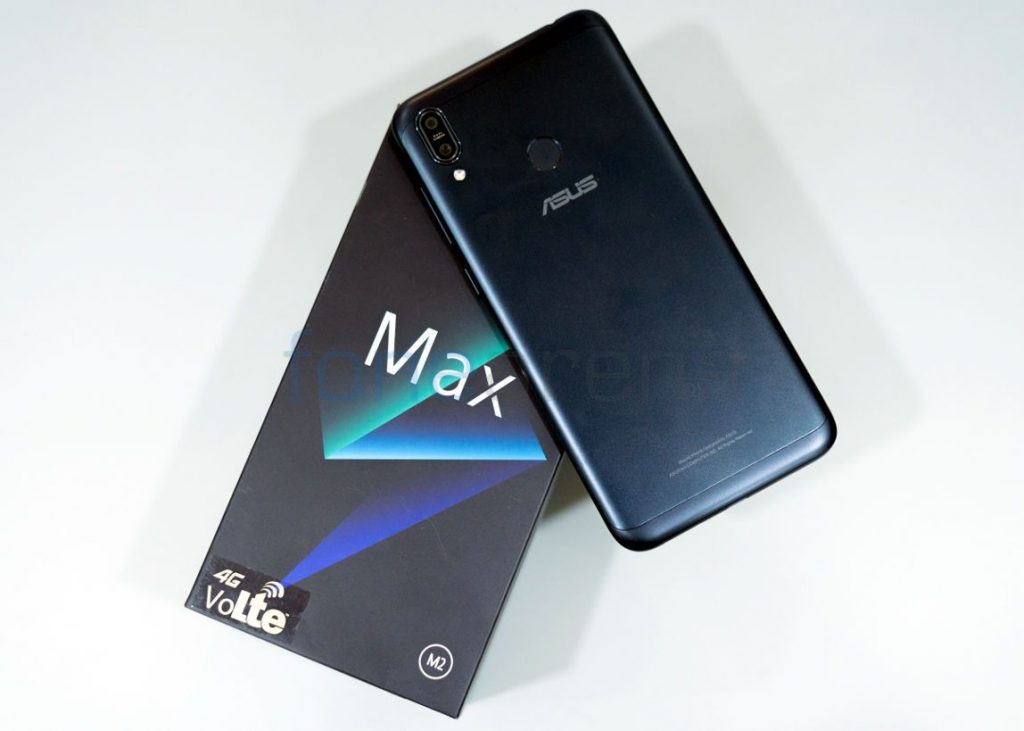 On the performance front, the Zenfone Max M2 is powered by Octa-Core Snapdragon 632 14nm Mobile Platform with Adreno 506 GPU under the hood. This seems to be a noticeable upgrade from its predecessor. With casual usage, the device performed well without breaking a sweat but witnessed lags sometimes when we pushed it further. At times, multitasking also didn’t work out the way I wanted. But this happens when you try to push the task beyond its limit. Check out some synthetic benchmark scores below. 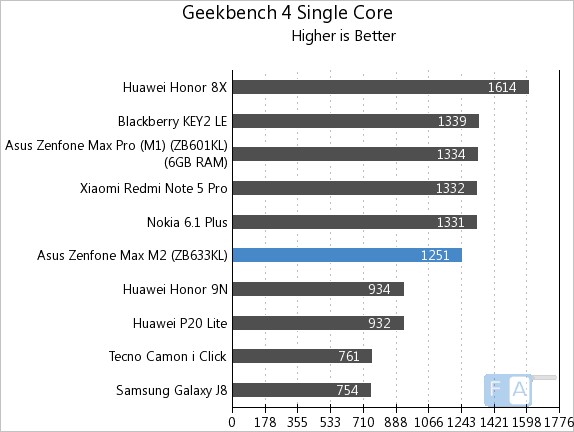 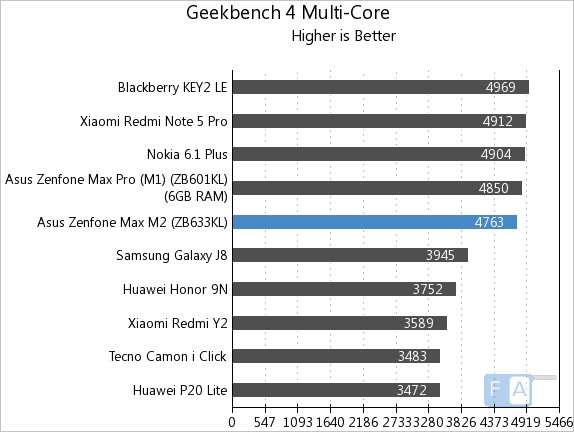 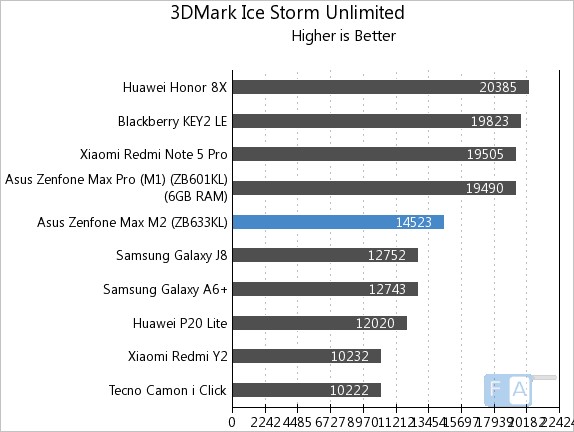 Google Play Music is the default music player for playback, but it doesn’t support equalizer. It also has support for FM Radio. The 5-magnet speaker is present on the bottom which is pretty loud, same as the predecessor. It also has NXP Smart Amp. Audio through the headset it good as well.

It supports 4G VoLTE as well as support Dual 4G VoLTE that offers 4G in both the SIM cards at a time. Other connectivity options include Wi-Fi 802.11 b/g/n, Bluetooth 5 LE and GPS. It also has USB OTG support that lets you connect USB drives. Moving on, the call quality is good, and we did not face any call drops and earpiece volume was loud as well. 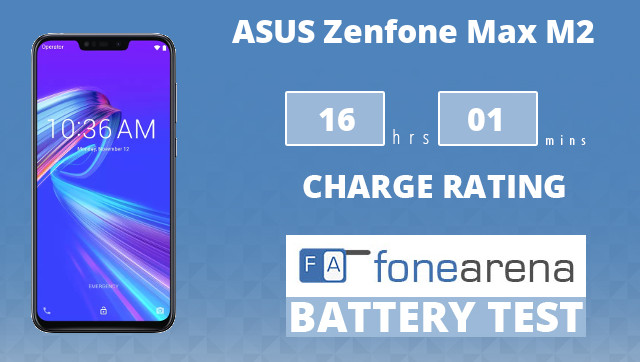 Talking about the battery, the Asus Zenfone Max M2 is powered by 4000mAh battery without any fast charging technology. It offers a brilliant battery life. In our usage, it lasted for 2 days with casual use and 1 and a half days with heavy use. It achieved a one charge rating of 16 hours and 1 minute. It takes about 2 hours to charge the phone from 0 to 100% using the bundled charger, while 0 to 50% takes 49 minutes.

On the whole, Asus Zenfone Max M2 at a starting price of Rs. 9,999 is a potential smartphone apart from a few nitpicks. This device offers a large decent screen, upgraded processor, and a huge battery. While the camera may not be great, it is decent for the price, but the company could have offered Full HD+ screen instead of HD+ screen. It is available at an offer price of Rs. 9,499 from Flipkart for a limited period.