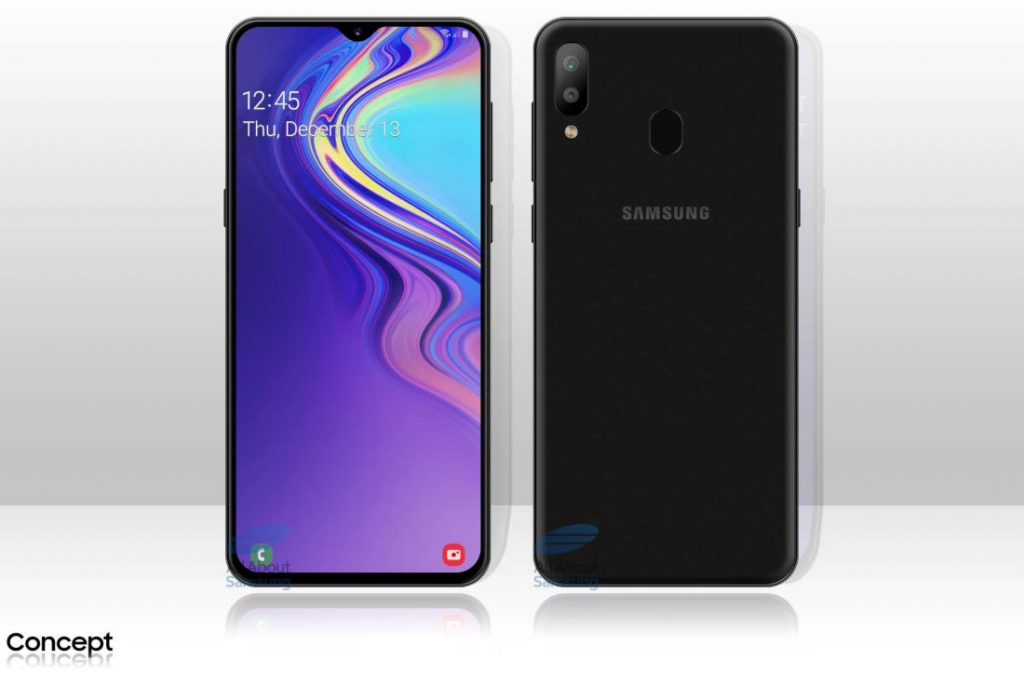 Samsung Galaxy M20 (SM-M205), the company’s upcoming ‘M Series’ smartphone has been in the news in recent times. Now a concept render of the phone has surfaced revealing how the phone will look like with a Infinity U display compared to Infinity O screen the A8s. It also reveals that the phone will pack a 5000mAh battery.

It rumored be introduced in UK, Germany, France, Poland, and Scandinavian countries at the launch. Samsung is also said to be working on Galaxy M30 and Galaxy M10 smartphones in the M series. We should know the details about those soon.