Sony Mobile officially confirmed the list of its smartphones that will get Android 9.0 (Pie) update back in August. It said that its Premium-range models will get the upgrade from November, now the company has started rolling out the Pie update for its Xperia XZ2 and XZ2 Compact smartphones earlier than expected date. 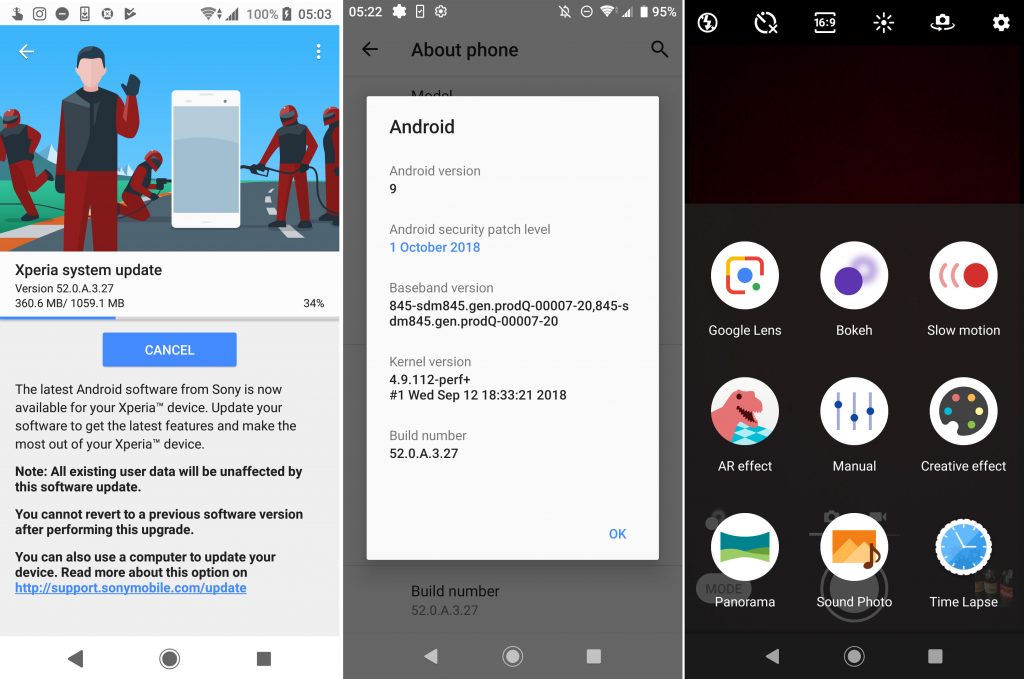 Android Pie update comes with lots of new features and improvements including navigation gestures, Adaptive Battery that uses machine learning to prioritize system resources for the apps, App Actions, and more. The update comes with new camera app, however it doesn’t include portrait selfie mode.

The OTA update is 1.05GB in size and has version number 52.0.A.3.27. It also includes the latest October Android security patches. Xperia XZ2 Premium, Xperia XZ1 and XZ should get the update soon. The company already said that its XA2 series will get the update in early 2019.