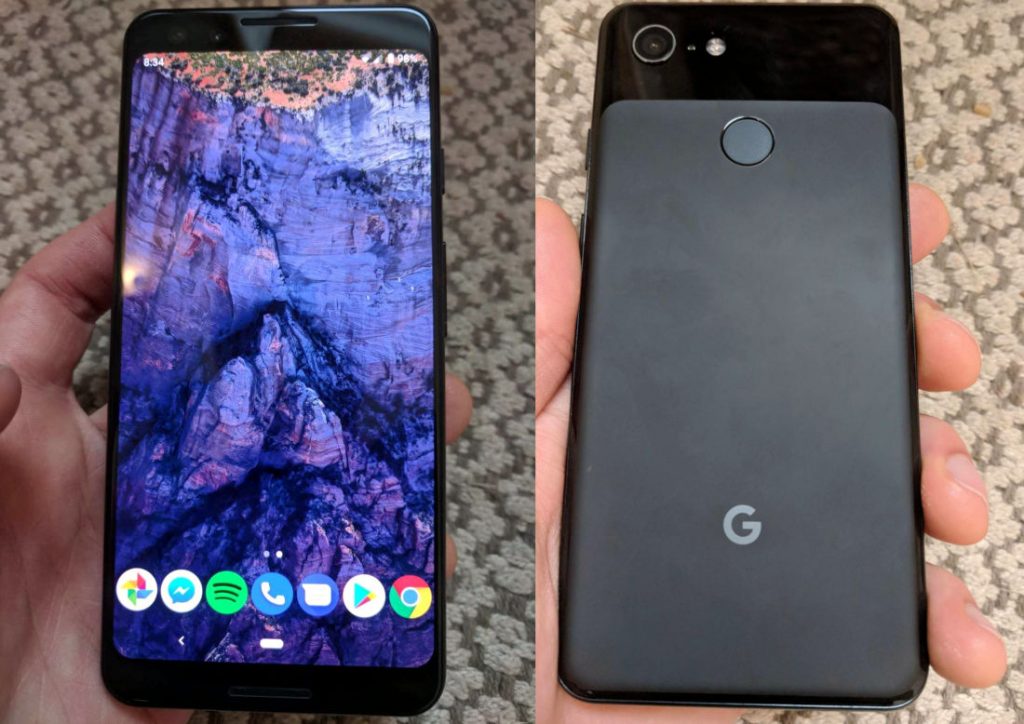 After several Pixel 3 XL leaks, we have live images of the Pixel 3, thanks to a Reddit user. This reveals no-notch design, dual front speaker, glass + metal back, rear-mounted fingerprint sensor and more. The Reddit user who posted the image said that the device was part of a testing program through a carrier other than Verizon, even though earlier rumors said that it will be Verizon-exclusive.

The Google Pixel 3 series is expected to be introduced on October 9th, even though earlier rumor said that they will go official on October 4th, same as last year.