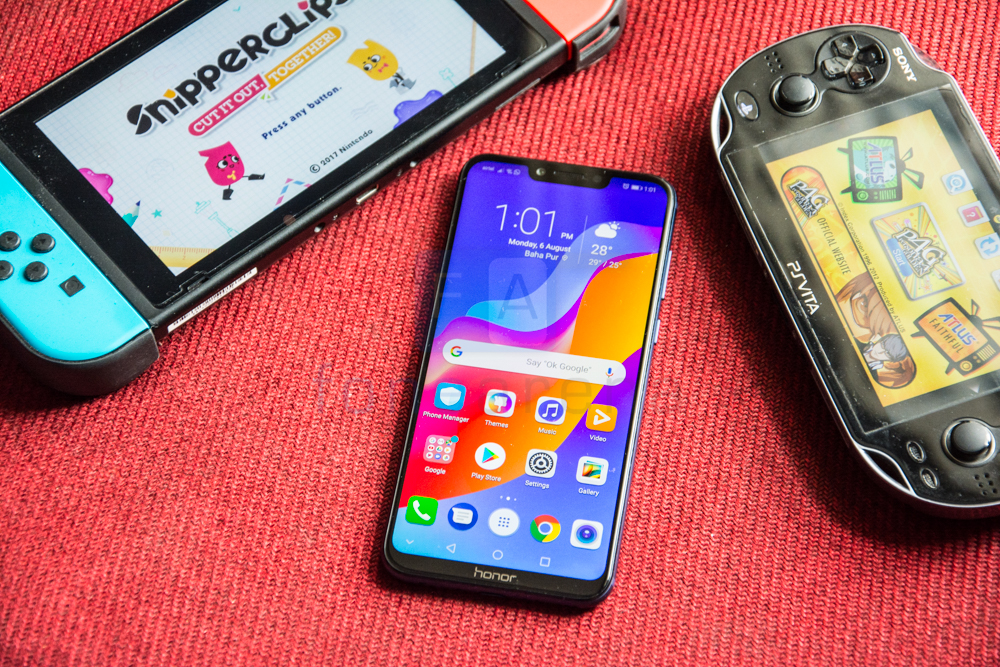 There’s no denying that Honor is making an aggressive play for a share of the Indian smartphone market. With a steady spate of launches, there’s now an Honor phone at almost every price point. Enter the Honor Play, a solid device that brings high end specifications at a very affordable price point. Here’s our first impressions. 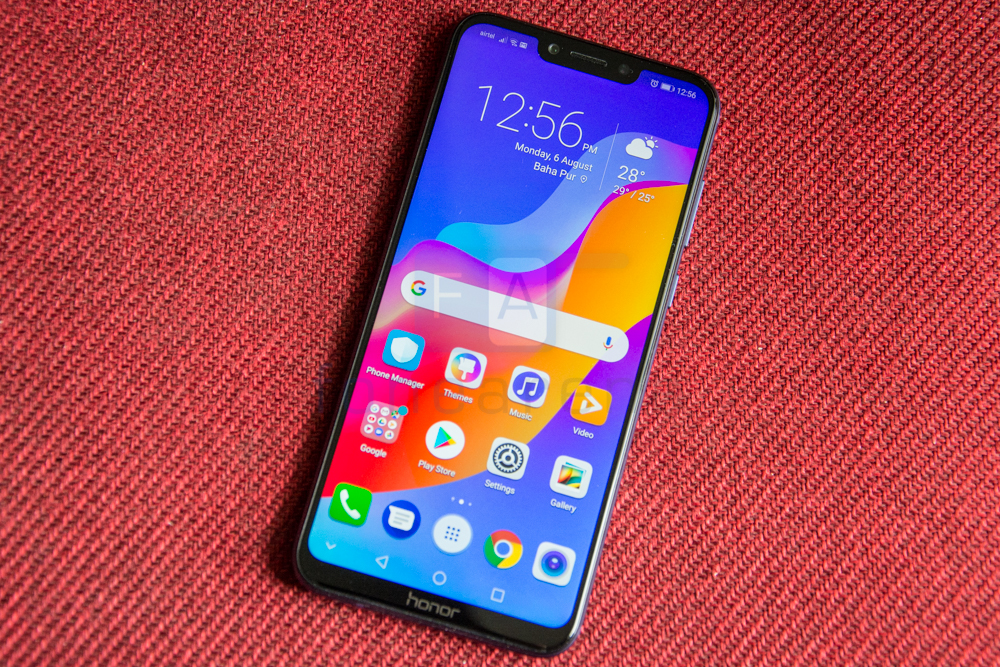 The notch is mainstream, all hail the notch. The Honor Play is the latest smartphone to pack a notch and we’re almost starting to warm up to it. Because of it, the phone manages to cram in a large 6.3 inch Full HD+ display up front and it looks good. The Play’s display is every so slightly oversaturated but it makes content very appealing to look at. It is also perfectly visible outdoors.

The 19.5:9 aspect ratio means that the phone is quite long. This makes the phone easy to grip despite the large display but the reduced width means that people with thicker fingers might find it a little hard to type on the screen.

There is a chin at the bottom and a notch at the top, which you can disable. We’re not fans of the Honor logo at the bottom, especially since there’s more Honor branding at the back.

Over on the right is the volume rocker and power button. Despite being a mid-range device, there is no sign of a drop in build quality. The phone feels rock solid and the buttons have sufficient give. Along the bottom edge is a Type C port, headphone jack as well as a speaker grille. The location does mean that you’ll end up blocking it off while gaming or watching videos. We’re surprised at the lack of stereo speakers despite the gaming focus. 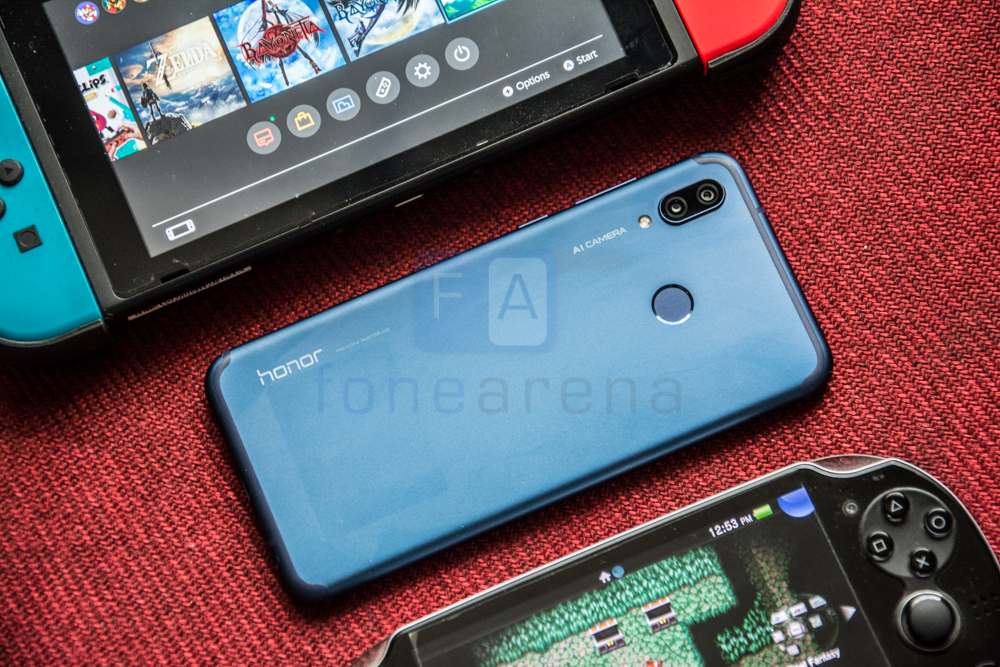 The back of the phone is made of matte metal. We’ve got the blue variant with us and it looks really nice and premium. Along the top edge is the camera module and there’s a fingerprint sensor too of course. Worth noting, the fingerprint sensor is one of the fastest we’ve come across in this category of devices. The phone supports Face Unlock as well and is reasonably fast at that though not quite as fast as the OnePlus 6. 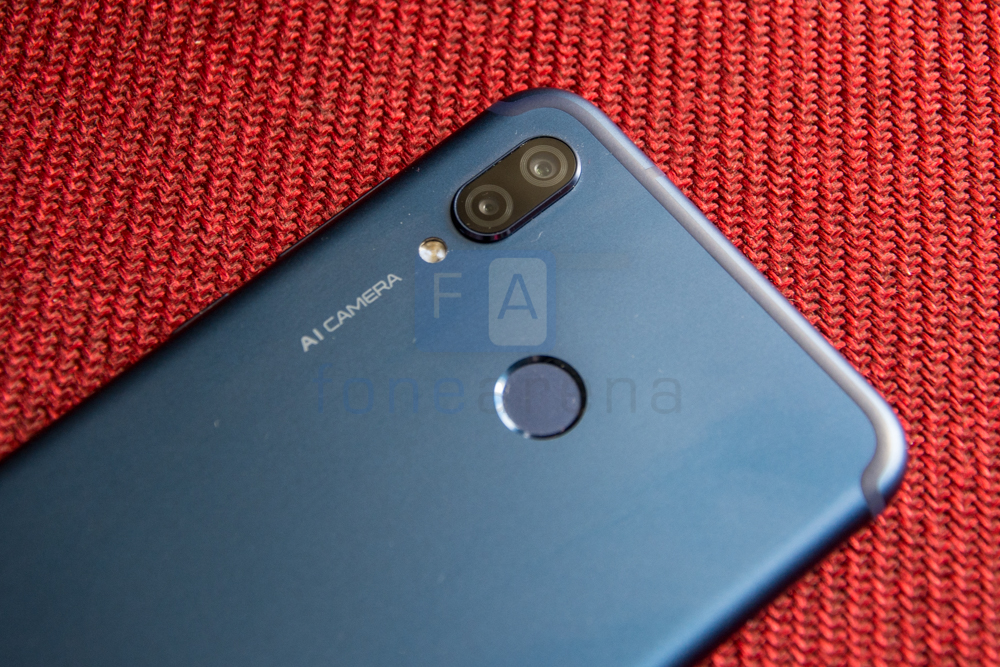 Honor has made a big deal of the AI enabled camera on the Honor Play. The idea here is that using the dedicated NPU on the Kirin 970 chipset, the phone is able to do real time scene detection and apply machine learning based algorithms to perfectly tune the shot. Now you might dismiss it as a lot of marketing spiel but surprisingly, it does work. The Play doesn’t output perfectly natural shots. Instead, you get images that are ready to go on Instagram or Facebook without having to deal with Snapseed or any such app. Want the natural look? Just toggle off the AI button. We’ll be talking in depth about this but until then, here’s a few samples to get you started. 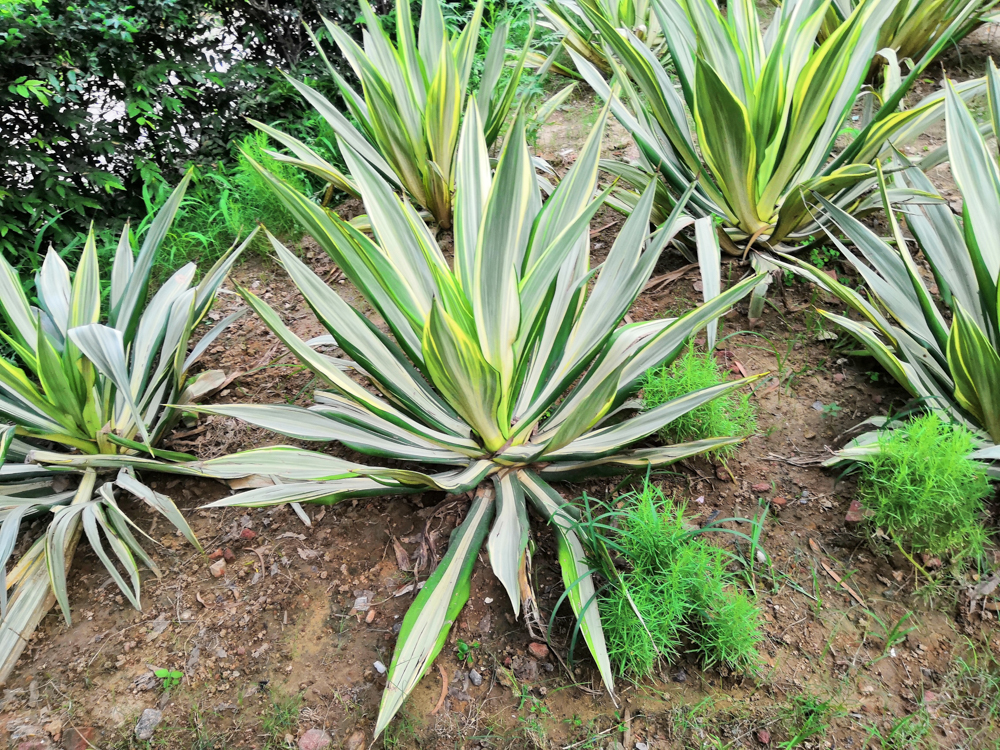 The onboard AI models detected the scene as one with plants and foliage in it. You’ll notice the boosted greens. 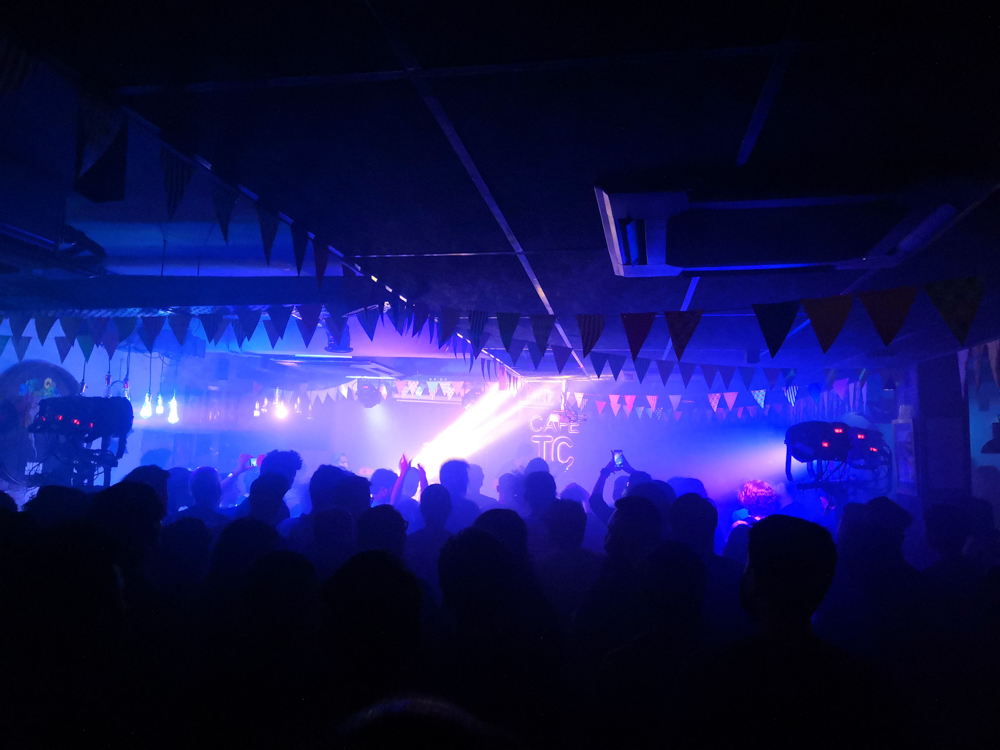 In the concert shot, the phone pulled some extra details from the shadow region while keeping overall noise levels low. You do end up sacrificing a bit of detail but this is way better than a whole lot of phones in the price range. 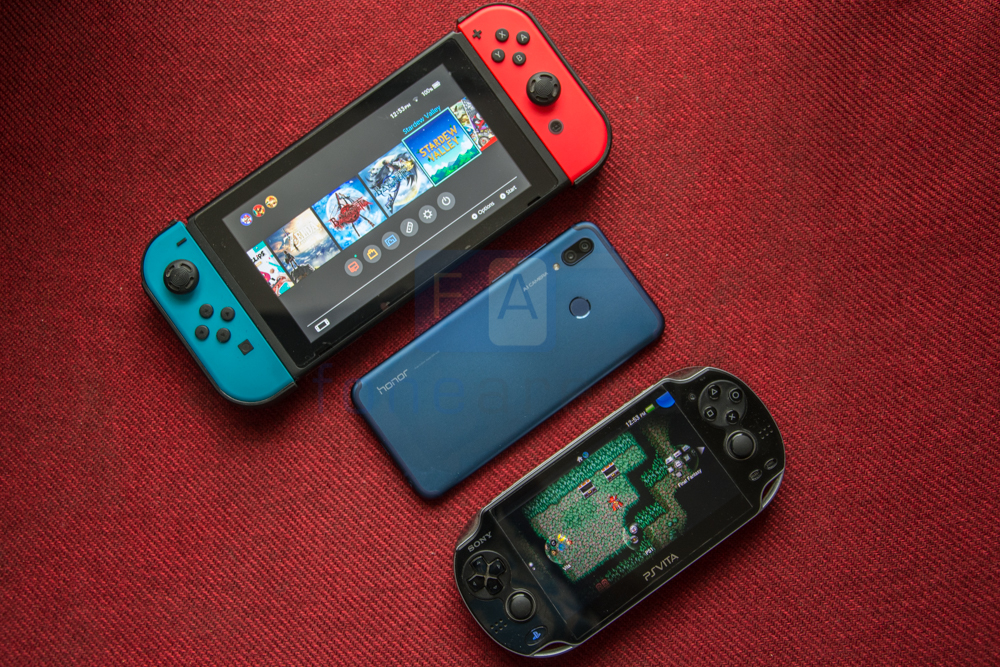 The Honor Play is powered by a Kirin 970 chipset that is paired with 4GB or 6GB of RAM. A big USP here is GPU Turbo which interfaces between software and hardware to offer up to a 60% graphical performance gain. In reality, you’ll get a few more frames and generally, a more consistent framerate. A lot more on this in our review. Meanwhile, the phone sports 64GB of storage and you’ll be able to expand this further via the microSD card slot. The battery is a 3750 mAh unit. Over the last few days we’ve consistently got  over a full day’s usage on a single charge with screen on time averaging between 5.5 – 6 hours. 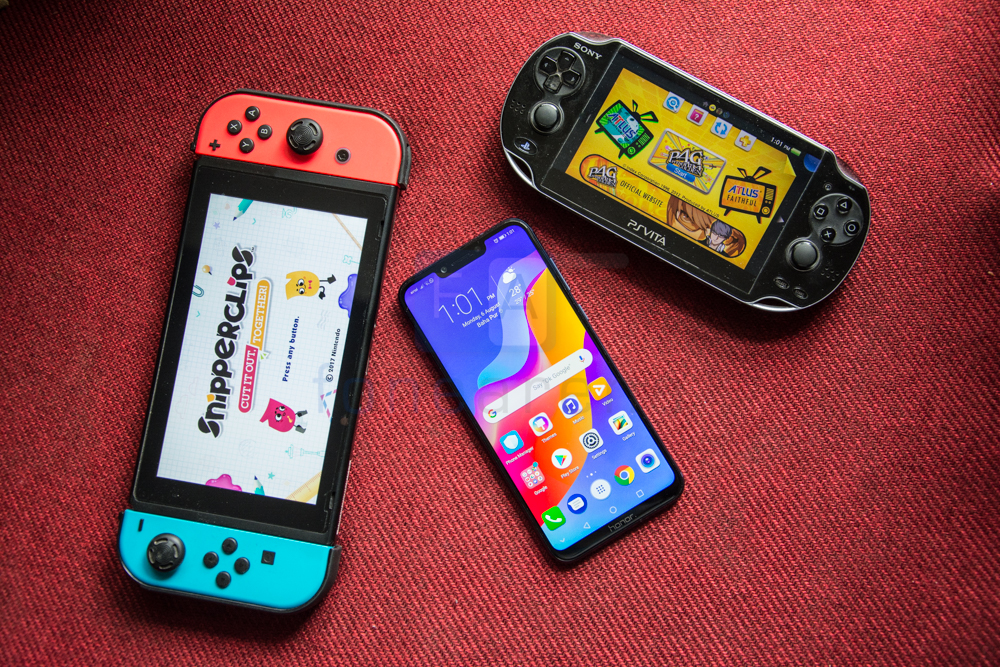 Priced at Rs. 19,999 for the 4GB RAM variant, the Honor Play is a formidable entry into the mid-range segment. While it is being targeted at the gaming audience, the Play is still all around a very good phone. We like the build quality a lot and the screen is rather nice to look at. Despite the Kirin 980 chipset being right around the corner, the Honor Play is no slouch.

It will go on sale exclusively on Amazon.in and Honor official store starting from 4PM today. At Rs. 19,999, the phones makes for an easy recommendation but we’ll still suggest that you wait for our review coming up later this week.