The Telecom Regulatory Authority of India (TRAI) just released recommendations on Auction of Spectrum in 700 MHz, 800 MHz, 900 MHz, 1800 MHz, 2100 MHz, 2300 MHz, 2500 MHz, including 5G spectrum – 3300-3400 MHz and 3400-3600 MHz bands after the Department of Telecommunications (DoT)   requested TRAI to provide applicable reserve price, quantum of spectrum to be auctioned and associated conditions for auction of spectrum. This includes 3300-4200MHz bands, which  likely to emerge as primary band for early 5G introduction.

BSNL has closed its CDMA services in 6 circles – Bihar, Haryana, Punjab, HP, UP (W) and Kolkata. In all these circles BSNL is holding 1.25 MHz administrative assigned spectrum in 800 MHz band, which was assigned for provision of CDMA services, so these spectrum may be taken back and put to auction in the forthcoming auction. 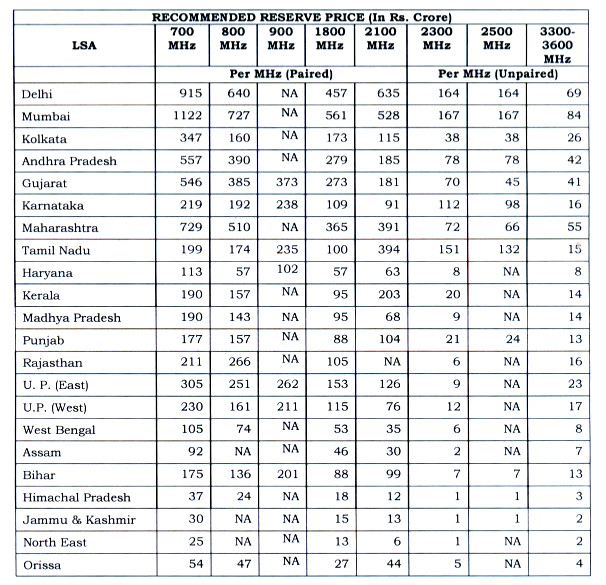 TRAI said that some stakeholders said that the spectrum auction should
be held in 2019 when 5G technology is likely to be available for commercial launch in India, while one stakeholder suggested that for explosion of 4G services and advent of 5G, more spectrum is required and auction of spectrum should not be delayed. So it is not clear when the next auction will be held.