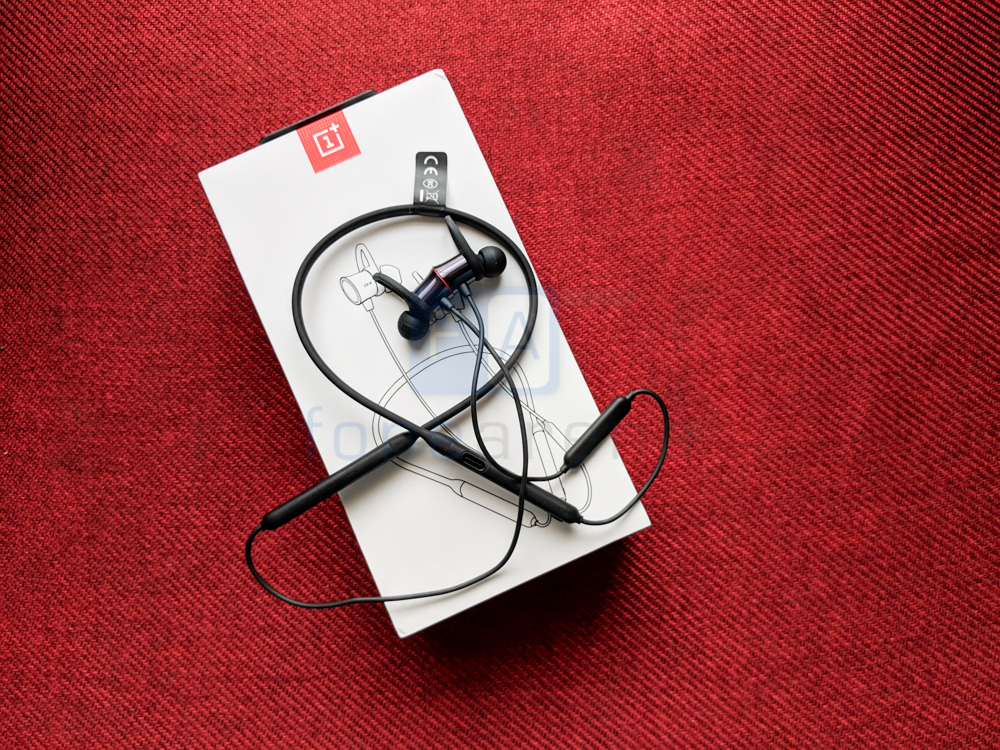 Wireless headphones have really come into their own over the last year or two with an increasing number of brands getting into the game. From the standard earbuds connected by a single cable to truly wireless and neckband style earphones, there’s one for everyone. The OneMore Bullets Wireless are neckband style earphones, the company’s first wireless pair at that. We’ve been testing these out over the last few days and here’s what we think.

OnePlus has really mastered the art of packaging. Almost Apple-esque in nature, this carried forward to the box for the Bullets Wireless too. A neat white box with a silhouette of the headphone on top, it opens up to reveal a range of accessories and the headphones themselves. 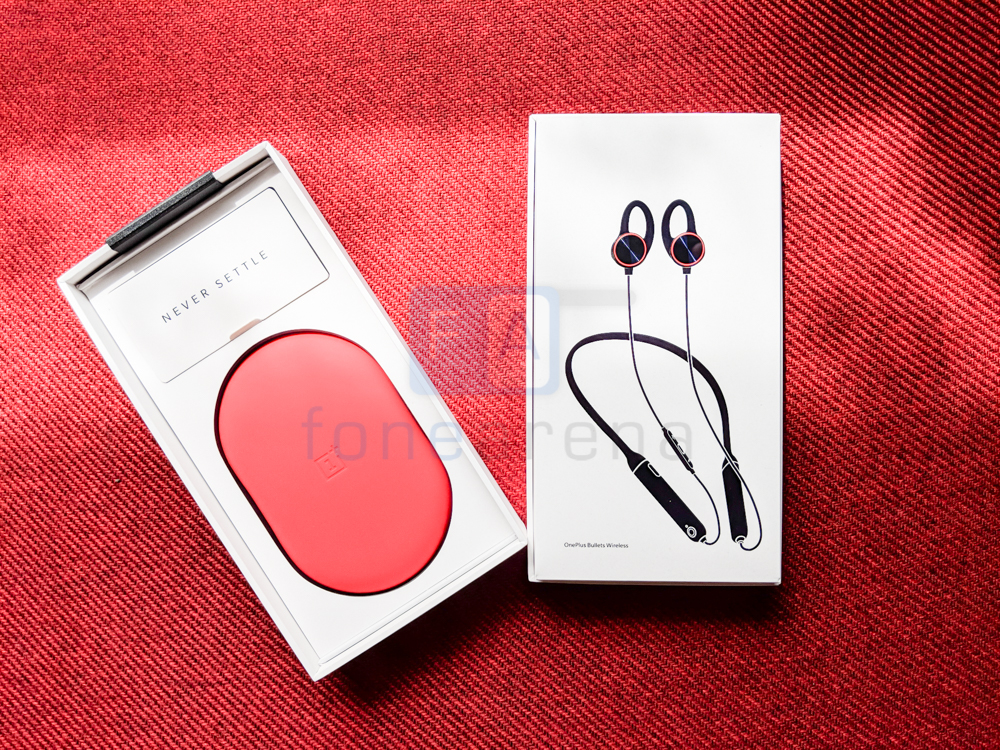 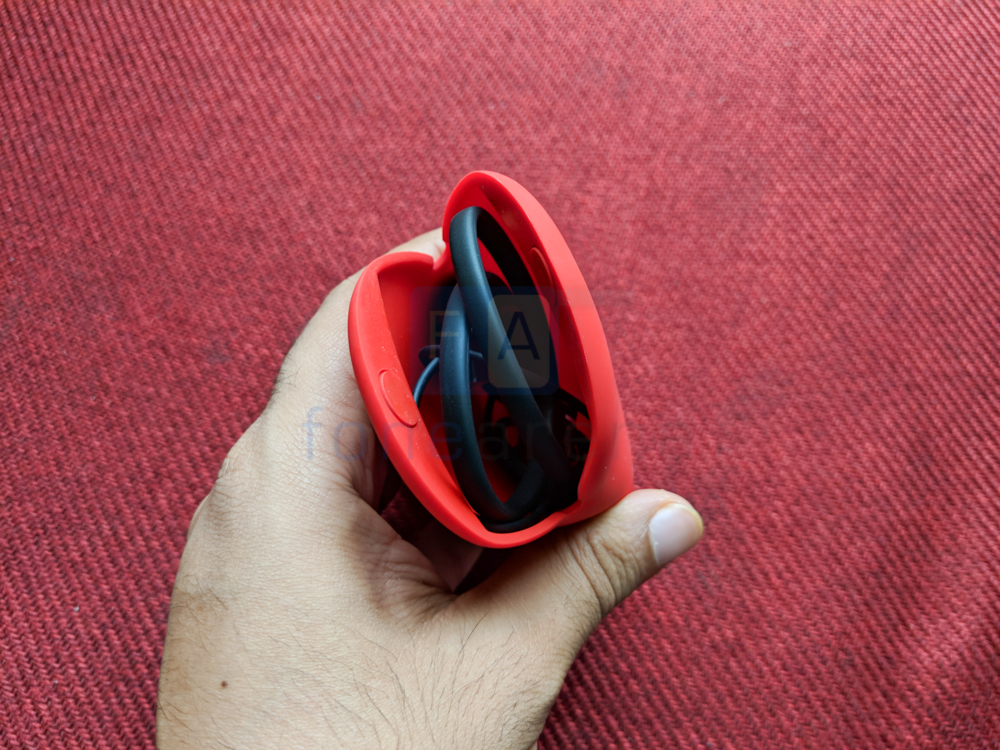 The case is borderline useless. The headphones don’t easily fit in and when you do crumple them up and stuff them in, there’s no space for the charging cable. Sure, the red rubber case looks cool but a simpler draw string pouch or hard case would’ve been more useful. 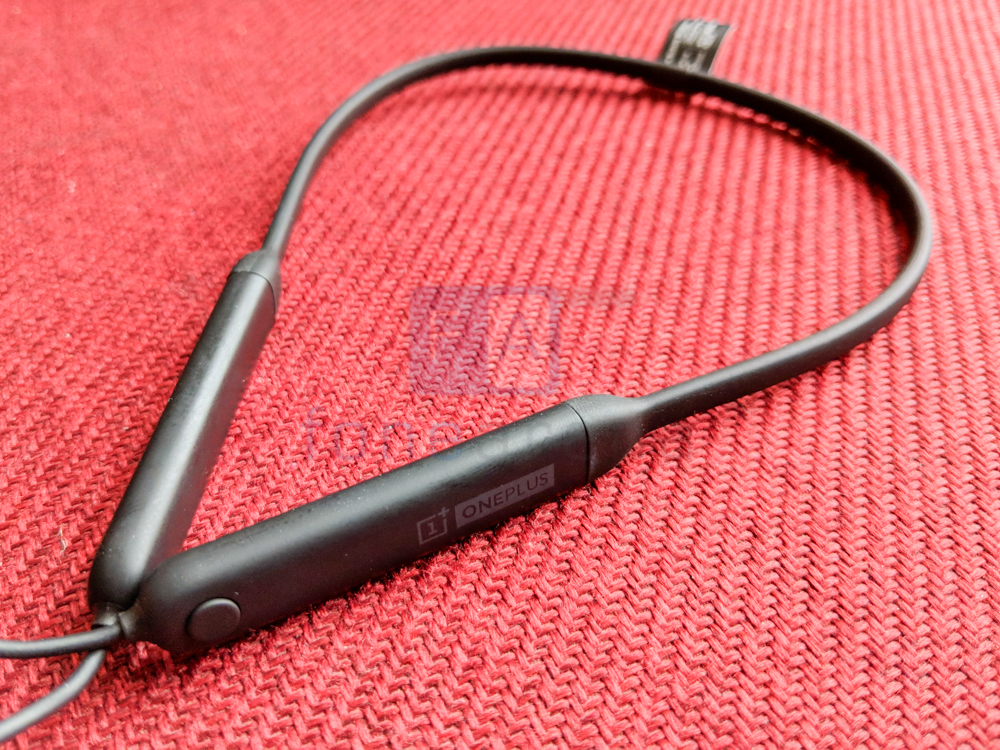 The design of the headphones themselves can be divided into three segments. First, there’s the neckband that is made of a memory alloy coated in liquid silicone. The memory alloy is easy to bend but goes back to its original shape so that even if you crumple them up in your bag, the headphones will open up the way they originally were. Both the left and right end of the neckband is larger and heavier which weighs them down and helps them stay in place.

Over on the left of the neckband is a single button that you can long press to activate pairing mode. If you’re using a recent OnePlus device, the Bullets Wireless will automatically pop up on your screen with a visual and allow you to easily pair with it. For any other phone though, we found the lack of audio feedback cumbersome. It took a number of tries to successfully put the Bullets Wireless in pairing mode. There is no NFC support. 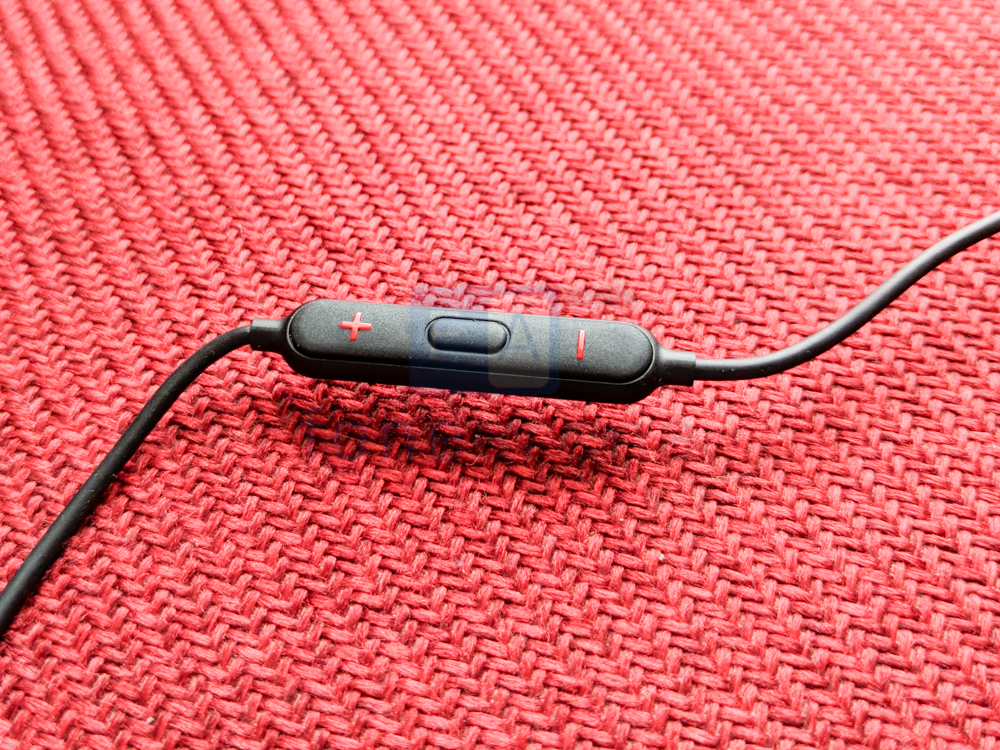 Moving on, the volume control pod is in the middle of the cable that stretches from the neckband to the earbud itself. Placed on the left cable, the buttons are easy to press down and are clicky enough. Calls over the microphone were clear without any apparent echo. The play/pause button doubles up as a Google Assistant button and works just fine. I’m personally not a fan of the location of the control pod since it makes the OnePlus Bullets look messier than they are and it could very well have been integrated into the lower neckband. Additionally, the cables leading up to the earphones are just a bit too long and create large overhangs when you wear them. 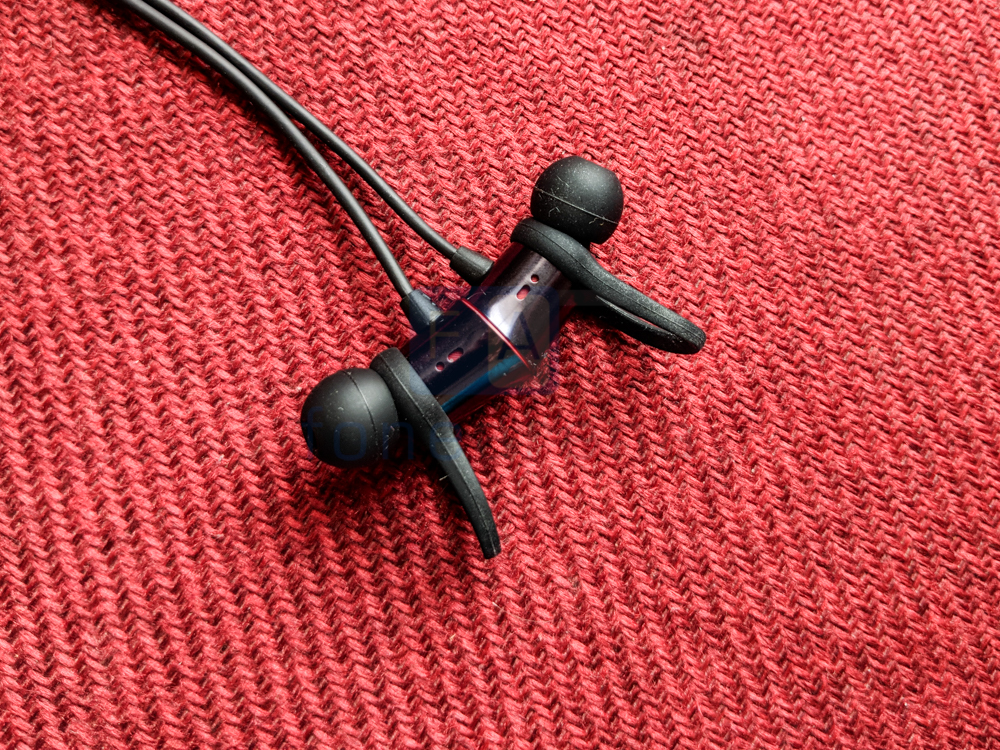 The earphones are smart to look at with a black and red housing that looks great. The housing is lightly angled and since these are magnetic in nature, the two earbuds easily snap together when not in use. The idea is that when you’re not listening to them, you simply hang the OnePlus Bullets down your neck. Probably not the most fashionable move but it is certainly is convenient. Then there’s the fact that snapping them together pauses music and switches off the earbuds after 5 minutes of inactivity. OnePlus is really not kidding when they say that they’ve spent a lot of time working on this product. There’s a number of Quality of Life additions that make using the Bullets Wireless very enjoyable.

We also spent some time running with the OnePlus Bullets Wireless. The weighed down ends of the neckband helped it stay in place and the earbuds themselves are very comfortable. The included wingtips go a long way in holding them in place. The long cables leading to the earbuds however can be a bit irritating. Personally, i’m not a huge fan of neckband style earphones but the OnePlus Bullets Wireless were comfortable enough for all-day use.

The OnePlus Bullets Wireless support Bluetooth 4.1 and the Qualcomm AptX codec. There is no support for AptX HD or LDAC here so you’re not going to get lossless audio here.

Under the left side of the neckband is a USB Type C port which supports Dash Charging. Now, Dash Charging is an amazing piece of technology that allows you to rapidly top off your device. In the case of the Bullets Wireless, this means 5 hours of use in a 10-minute charge. Does it work? Yes, absolutely. Of course, you need a Dash Charge capable power brick too since this is proprietary technology.

Battery life is rated for 8 hours of playback but in actual use, this was closer to 6 hours which isn’t all that great for a neckband style headphone. You certainly won’t last a transcontinental flight with one of these.

All else aside, a headphone is no good if it fails at the basics.  The OnePlus Bullets have 9.2mm drivers which are enhanced by, ahem, Energy Tubes. These tubes are what OnePlus claims is responsible for the ‘clearer and richer’ sound.

Richer it is but I wouldn’t really call this accurate by any stretch. The sound is pop-friendly, tuned towards the general audience that likes boosted bass and the often used term ‘clarity’ in their music. The larger housing acts like a bass chamber and gives the headphones a fairly deep low-end but the sound is bloated. 50 Cent’s Just A Lil Bit has a deep bass line that runs through the entirety of the track but it sounds boomy here and lacks that slam you get from higher-end headphones.

Pharoah Sanders’ You’ve Got To Have Freedom is my test track of choice to test out treble performance. The Bullets Wireless demonstrate rolled off peaks and there’s not enough headroom for the highs to shine.

Soundstage is very decent for the price bracket. Instrument separation is quite good and you can place individual drums, guitars and more within a complex arrangement. The Bullets Wireless are not the most resolving earphones though and you might be missing out on more intricately textured tracks.

Placed against the Soundmagic E10 BT or RHA’s offerings, the OnePlus Bullets Wireless bring tremendous value for money to the table and that’s really is the OnePlus USP. 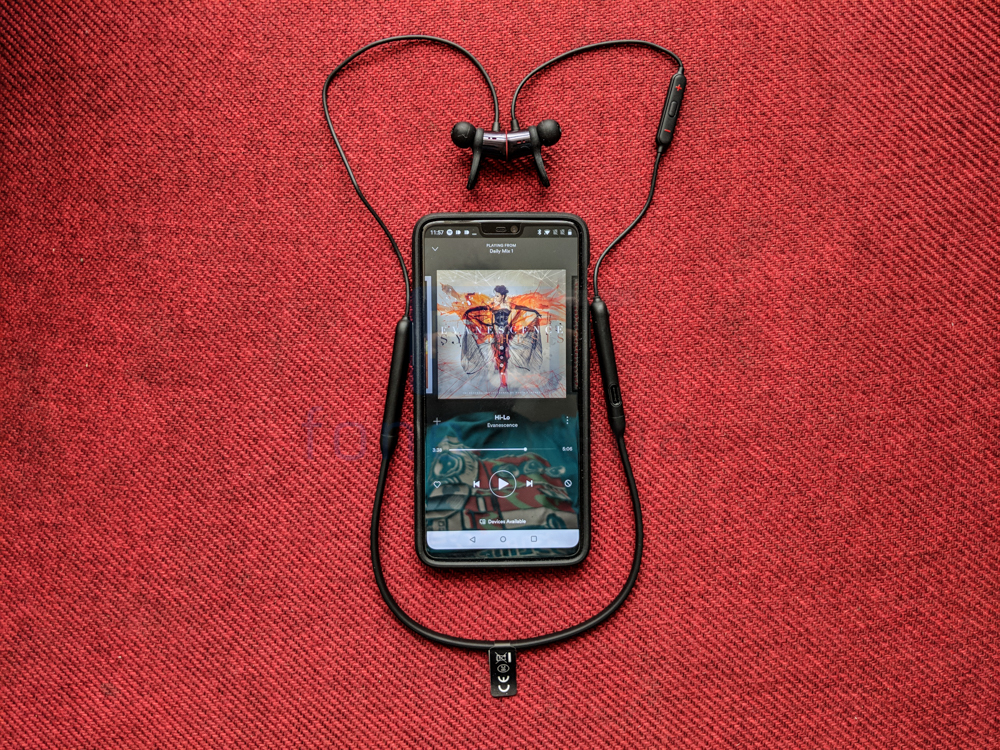 At a price point of Rs. 3,990, you get Google Assistant compatibility, Dash Charging support, a very well-built product and sound quality that’ll more than please the average consumer. The OnePlus Bullets Wireless go on sale on 19th June.