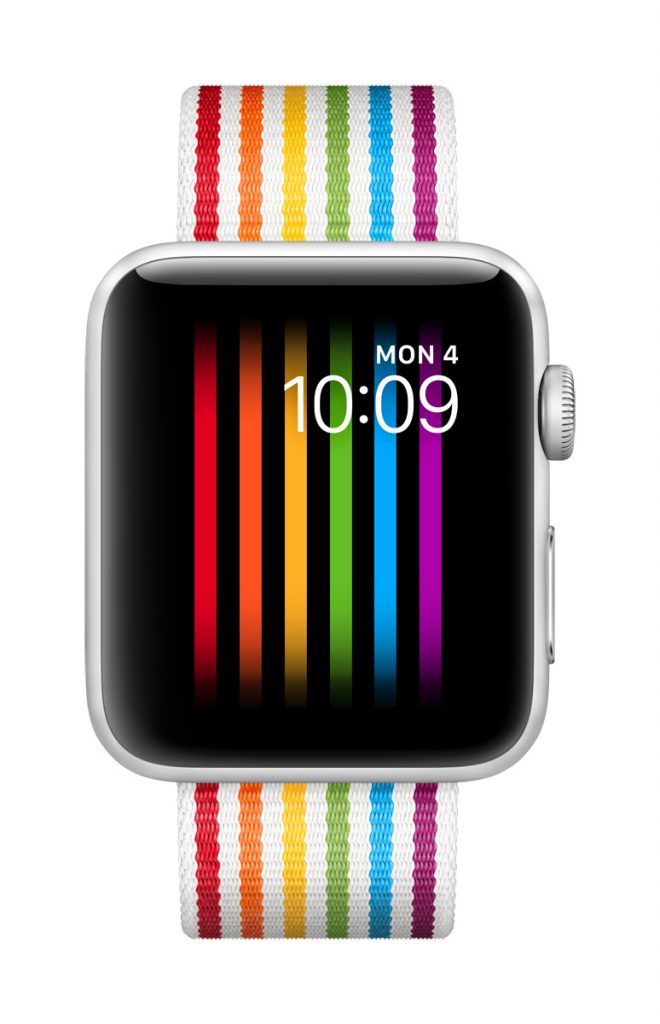 During the WWDC keynote earlier today, Apple announced a brand new watch band for the Apple Watch. Called the Pride Edition Woven Nylon band, it has been designed to celebrate Pride Month.

Celebrating the LGBTQ community, the Pride Band follows the visual theme of the Pride watch face that is already available. The band is essentially white in color with a rainbow of colors running parallel to each other.

Apple confirmed that the band will be available starting today and has been priced at $49. The price in India will be Rs. 3,900.  A portion of the proceeds from sales of the watch band will be directed at a range of organizations that work for the benefit of LGBTQ communities.