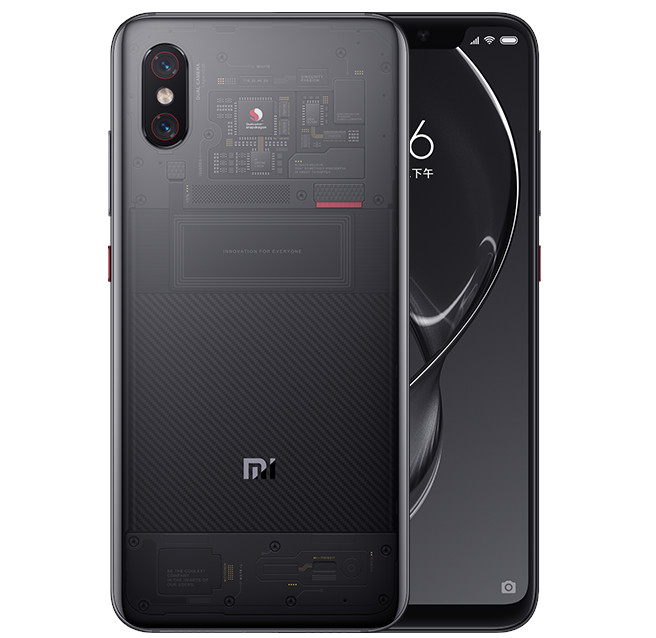 Xiaomi finally introduced its Mi 8 series of smartphones at an event in China along with the Mi Band 3, Mi TV 4 75-inch and MIUI 10. HMD Global introduced its 2018 versions of the Nokia 5, Nokia 3 and Nokia 2 smartphones. Honor introduced the 7S. Check out all the new launches and announcements from this week in our weekly roundup. 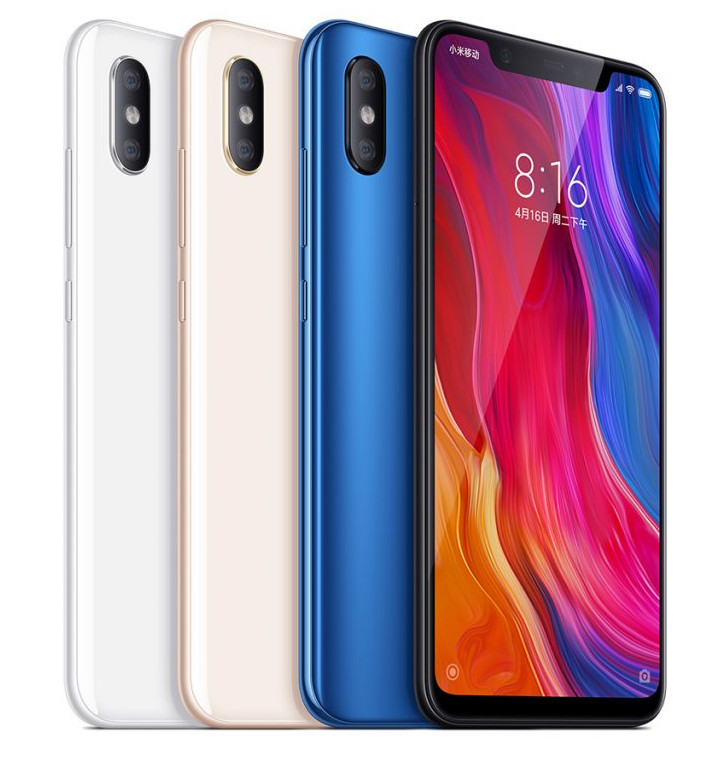 Xiaomi announced its flagship Mi 8 smartphone at an event in Chin. It has a 6.21-inch FHD+ AMOLED display from Samsung with a notch and 88.5% screen-to-body ratio. It has a glass back with an  unique water drop arc design, four curved glass body with 7 series aluminum frame. It is powered by Snapdragon 845 with up to 8GB of RAM  and runs Android 8.1 (Oreo) with MIUI on top. It has a 12-megapixel rear camera with Sony IMX363 sensor, 1.4µm pixel size, OIS, Dual Pixel auto focus and a secondary 12-megapixel rear camera for AI portraits  has AI scene recognition.

The 20-megapixel front camera has support for AI portrait selfies with real-time background blur, AI Studio Light Effect, and the phone also has face unlock, which uses an infrared sensor and lens that works even in dark by scanning 4096 facial points. 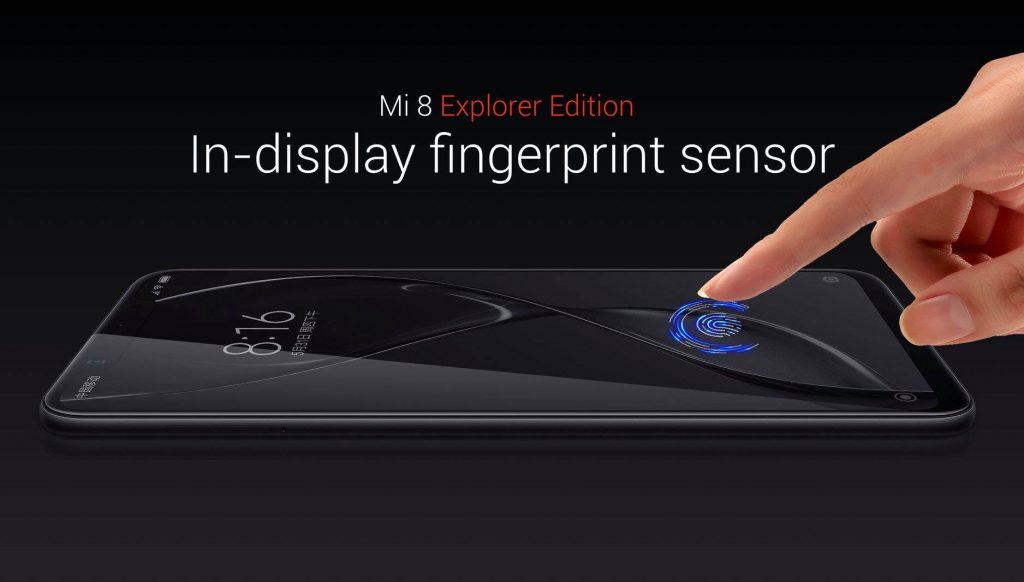 There is also Mi 8 Explorer Edition with a pressure-sensitive in-display fingerprint sensor that has dedicated pressure sensor that activates unlocking more quickly. It uses Synaptics FS9500 Clear ID family of optical in-display fingerprint sensor  placed in a natural location directly in the OLED touchscreen. It has 3D face recognition that uses advanced structured lighting technology to capture 33,000 facial points, lets you create animated emojis based on facial expressions, same as Apple’s Animoji and it features a transparent back. 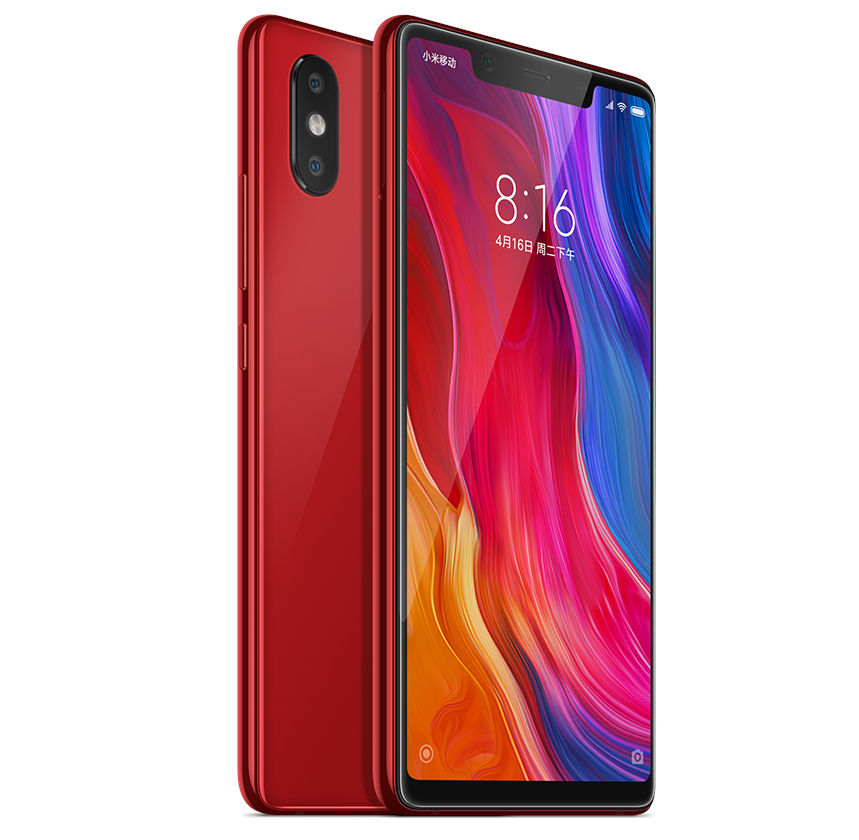 It also announced Mi 8 SE  that comes with a 5.88-inch FHD+ AMOLED display from Samsung with a notch 86.12% screen-to-body ratio. It is powered by the latest Snapdragon 710 with up to 6GB of RAM, runs Android 8.1 (Oreo) with MIUI 9, has a 12-megapixel rear camera along with a 5-megapixel secondary rear camera to capture depth information for portrait shots with AI and also has intelligent scene detection. It also has the same 20-megapixel front camera with AI portraits and AI beautification and uses pixel binning technology, combining the information from four pixels to create one large 2.0µm pixel. 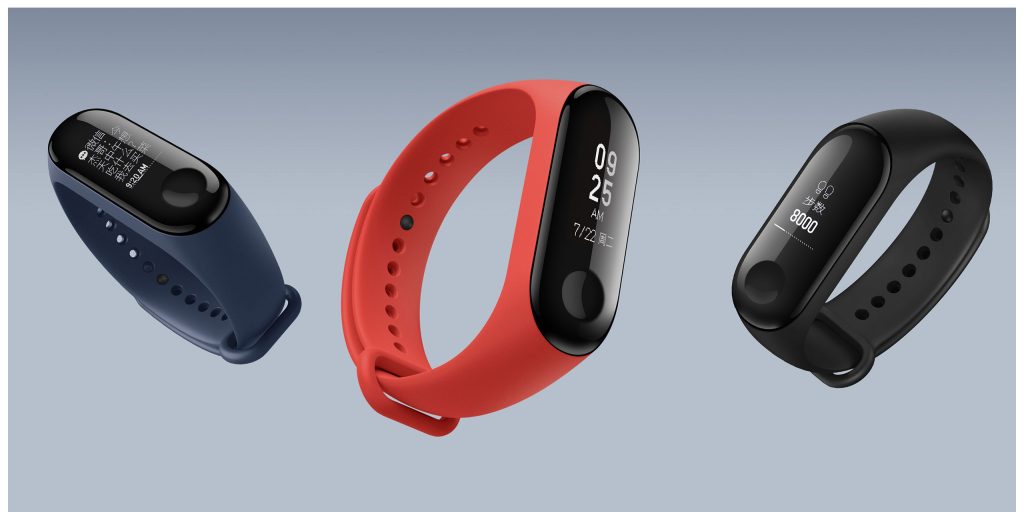 It also introduced Mi Band 3 with a 0.78-inch OLED display, compared to 0.42-inch in the Mi Band 2 so that it can display more characters including WhatsApp, Facebook or SMS messages, Weather info, caller ID and more. It also 5ATM water proof so that you can take it for swimming under 50 meters.

The Xiaomi Mi Band 3 comes in Black color with bands in graphite black, hot orange and deep blue colors and is priced at 169 yuan (US$ 26 / Rs. 1,780 approx.) . It will be available in China from June 5th.  There is also NFC-enabled version with support for contact-less payments for 199 yuan (US$ 31 / Rs. 2,095 approx.), which will be available in September. 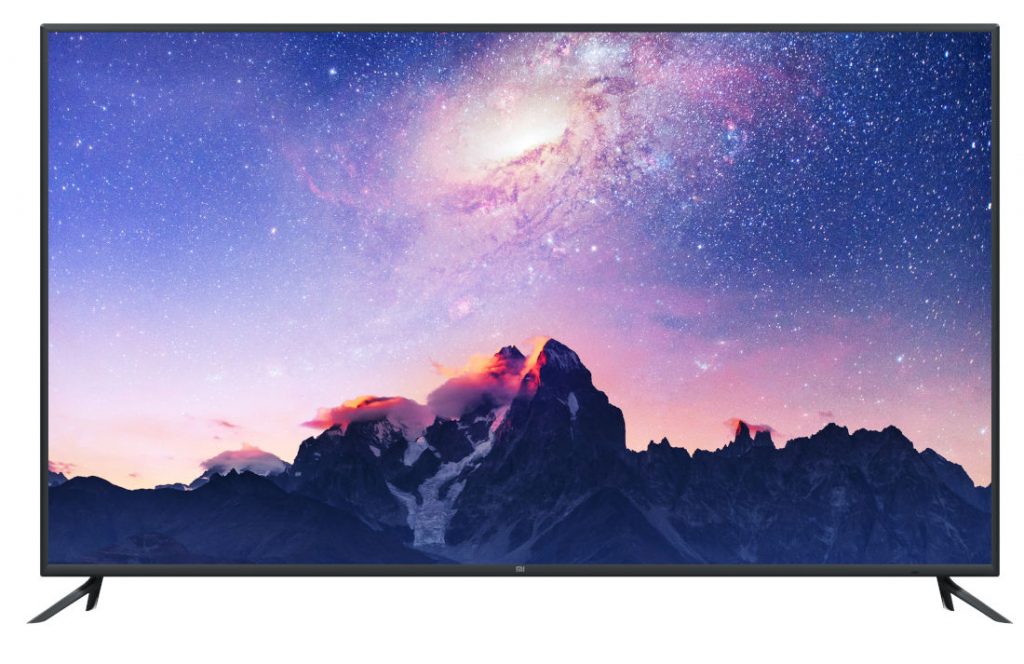 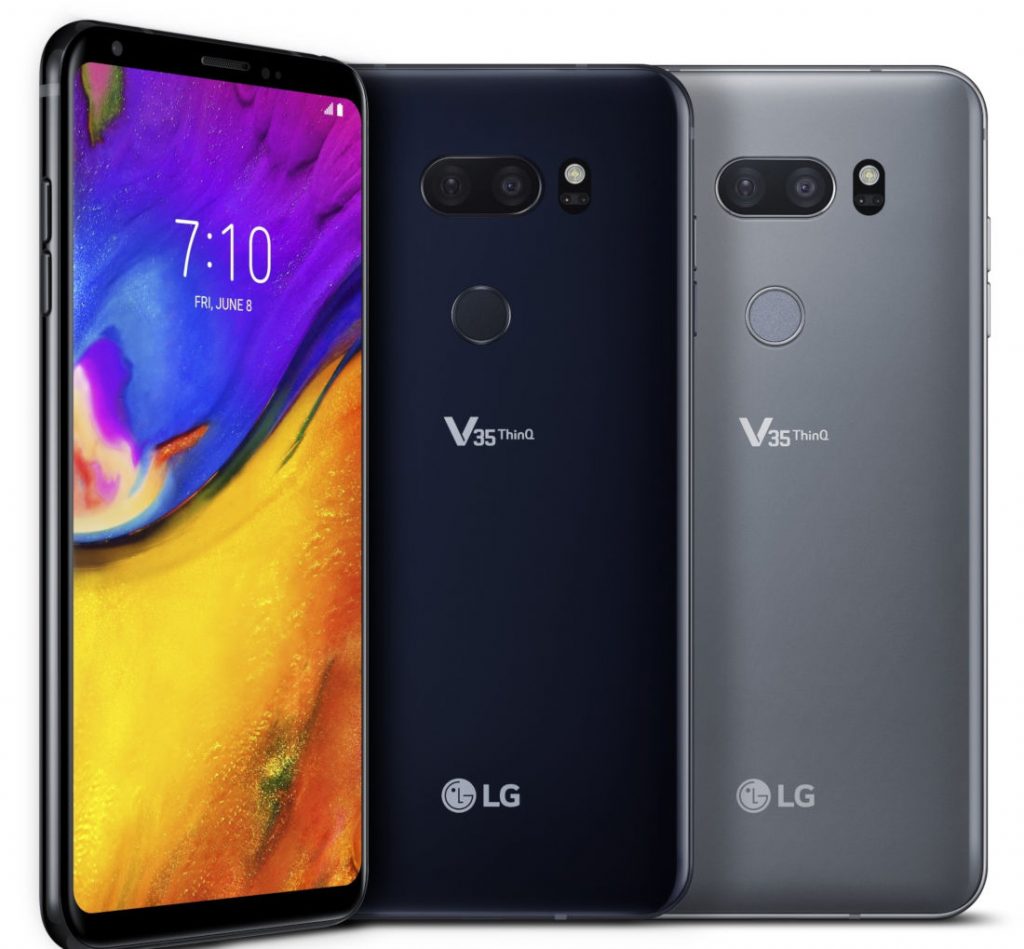 LG announced V35 ThinQ, the company’s latest flagship smartphone in the ‘V Series’, three months after the introduction of the V30S ThinQ at the MWC. It retains the same 6-inch QHD+ OLED display, 6GB RAM, IP68 rating for dust and water resistance and MIL-STD 810G certification for reliability of equipment performance in harsh environments. and 3,300mAh battery with Qualcomm Quick Charge 3.0, Wireless charging. There is also V35+ ThinQ with 128GB storage.

The LG V35 ThinQ and V35+ ThinQ come in New Aurora Black and New Platinum Gray colors and will roll out in  Americas starting in June followed by limited markets in Asia, Middle East and Africa. It is available for pre-order from AT&T in the U.S. for $900 (Rs. 60,720 approx.) ($30 a month for 30 months) and ships from June 8. 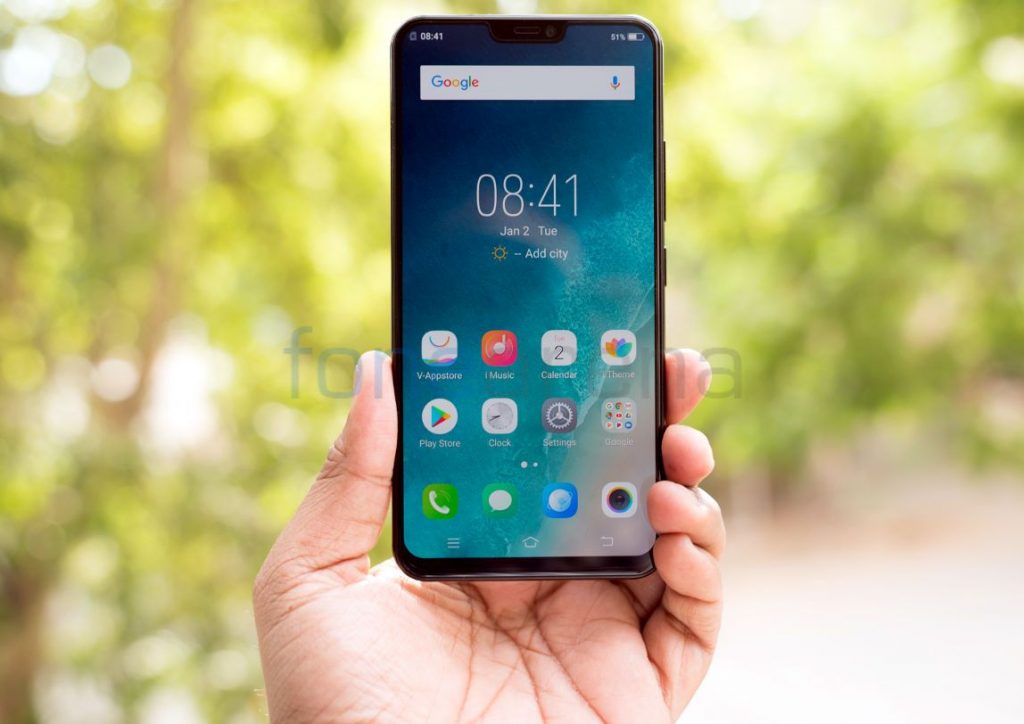 Vivo launched its latest mid-range X21 smartphone in the ‘X Series’ in India. It has a 6.28-inch FHD+ 19:9 Super AMOLED display with a notch, 90.3% screen-to-body ratio, 1.66mm narrow bezels on the sides, 1.79mm bezels on the top and 5mm on the bottom. It is powered by Snapdragon 660 with 6GB RAM and runs Android 8.1 (Oreo) with Funtouch OS 4.0 with A.I features powered by dedicated Qualcomm AIE Artificial Intelligence Chip along with the Snapdragon 660.

The Vivo X21 comes in Black color in India, is priced at Rs. 35,990 and is be available exclusively from Flipkart as well as Vivo’s online store. Check out the unboxing and first impressions here. We will bring you the complete review soon. 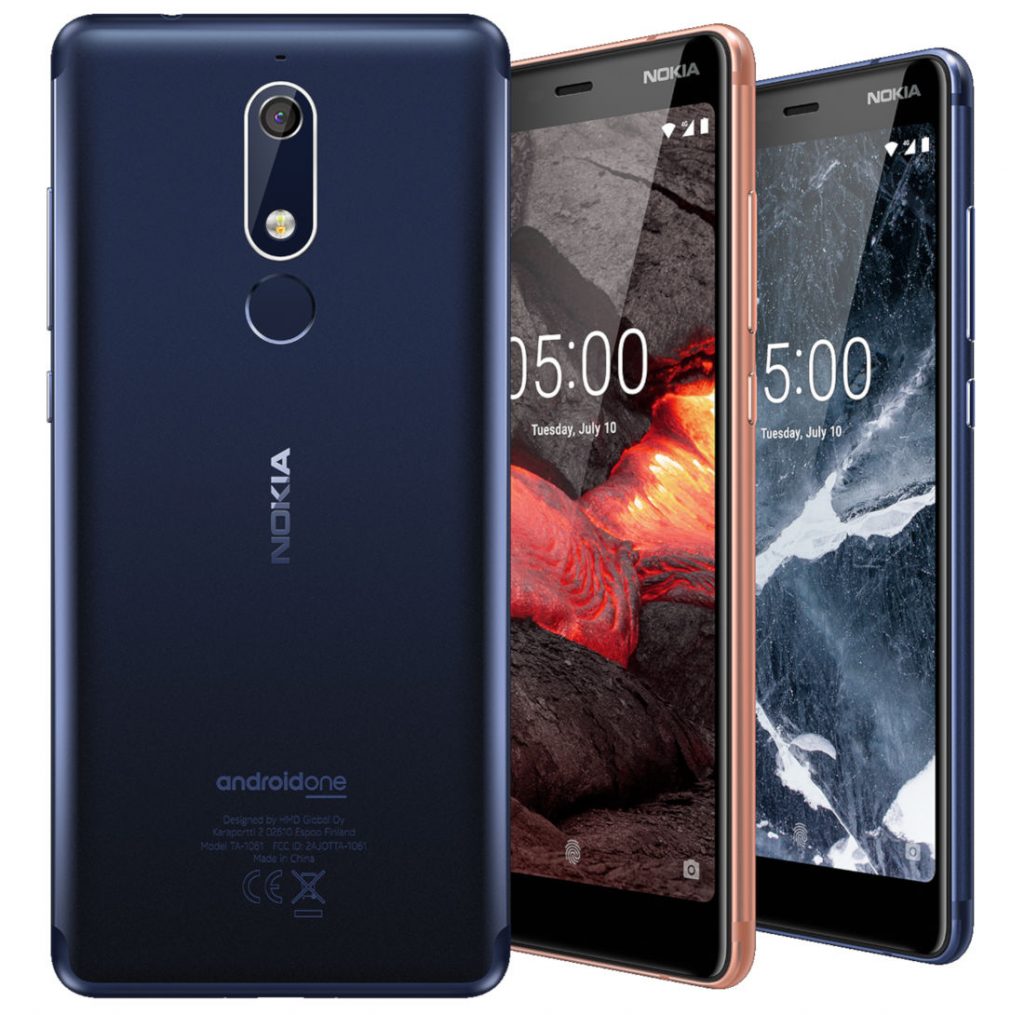 HMD Global announced its 2018 refresh of its budget lineup that includes Nokia 5.1, successor of last year’s Nokia 5. Similar to the other Nokia phones, it is an Android One smartphone. It packs a 5.5-inch Full HD+ 2.5D curved glass display with 18:9 aspect  ratio, is powered by unannounced 2.0 GHz Octa-Core MediaTek Helio P18 SoC with up to 3GB RAM, runs Android 8.0 (Oreo), which is upgradable to Android P in future. It has a 16-megapixel rear camera and an 8-megapixel camera on the front. 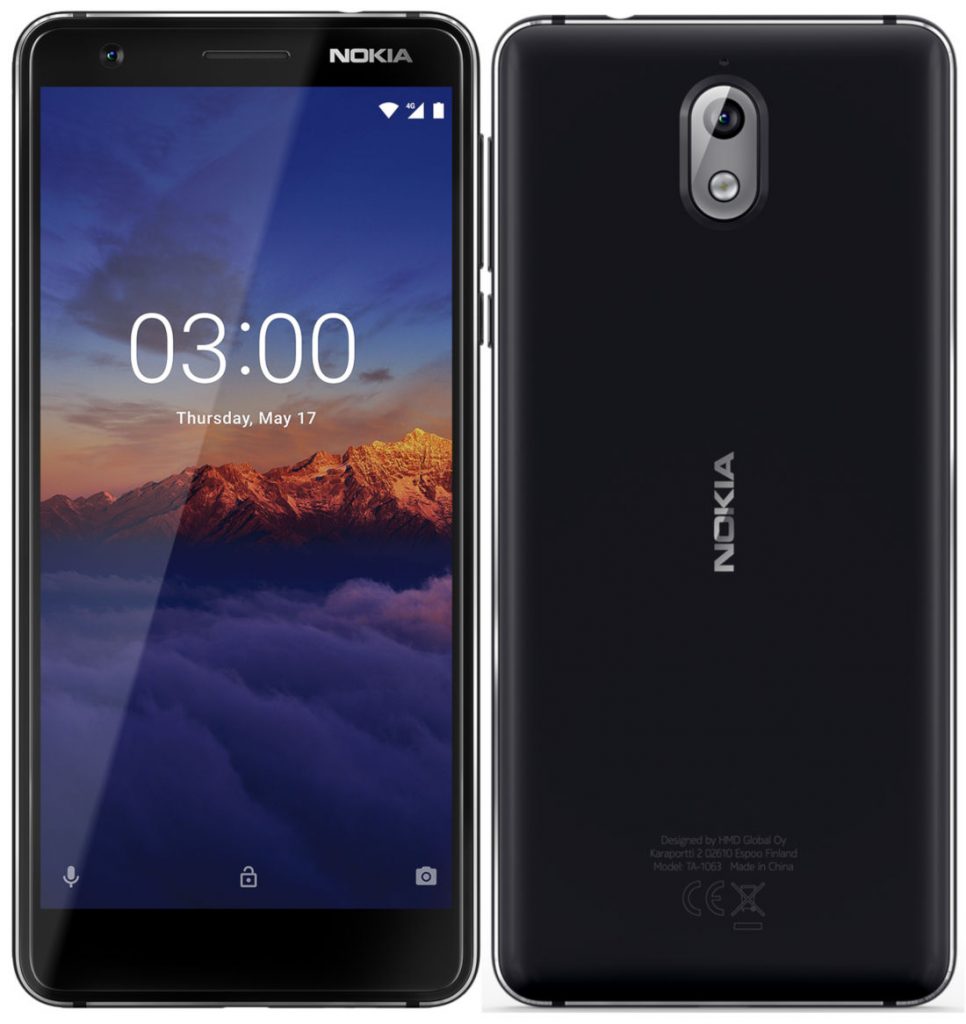 It also announced Nokia 3.1, successor of last year’s Nokia 3 along with the new Nokia 5.1 at an event in Russia. Similar to the other Nokia phones, it is an Android One smartphone. It packs a 5.2-inch HD+ 2.5D curved glass display with 18:9 aspect  ratio, is powered by MediaTek MT6750 SoC with up to 3GB RAM, runs Android 8.0 (Oreo), which is upgradable to Android P in future. It has a 13-megapixel rear camera and an 8-megapixel camera on the front. 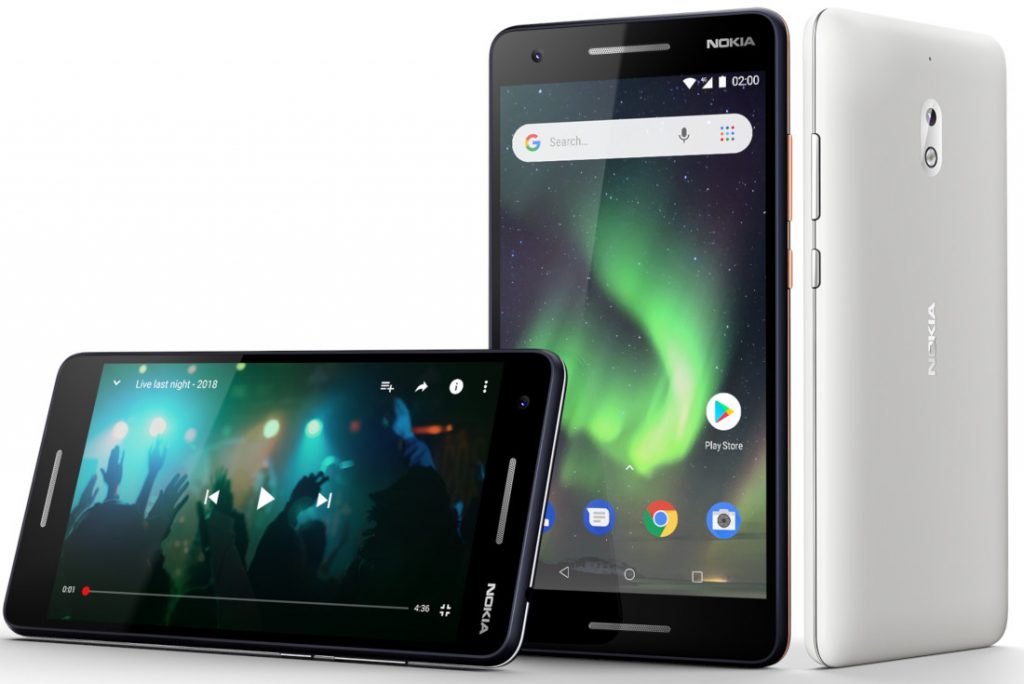 HMD Global also introduced the new Nokia 2.1, successor of last year’s Nokia 2, which is now a Android (Go edition) smartphone. It has a 5.5-inch HD screen, is powered by  Snapdragon 425  with 1GB of RAM, has an 8-megapixel camera with LED flash and a 5-megapixel camera on the front. It comes in Blue/Copper, Blue/Silver and Grey/Silver colors, is priced at US$ 115 (Rs. 7,801 approx.) and will be available starting July 2018. 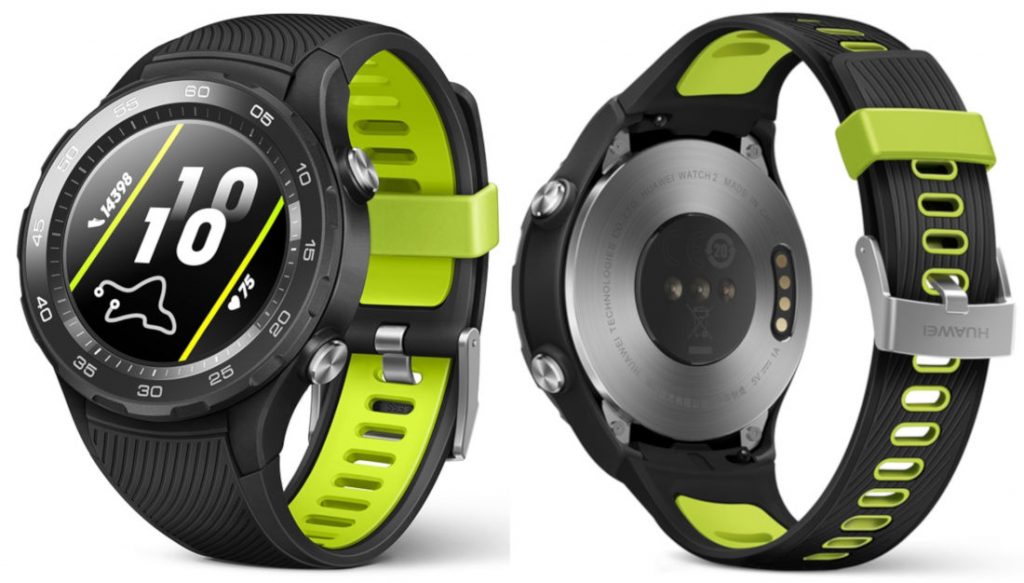 Huawei introduced the Watch 2 2018, successor of last year’s Watch 2. Even though the design and specifications are the same, this has support for eSIM instead of a nano SIM in last year’s 4G version of the Watch 2. This lets you call, send and receive messages and use 4G for apps without connecting it to a phone. Watch and phone share a single number similar to the Apple Watch 3. It also comes with dual microphones for improved call quality, but you can also connect it to a Bluetooth headset to make calls. 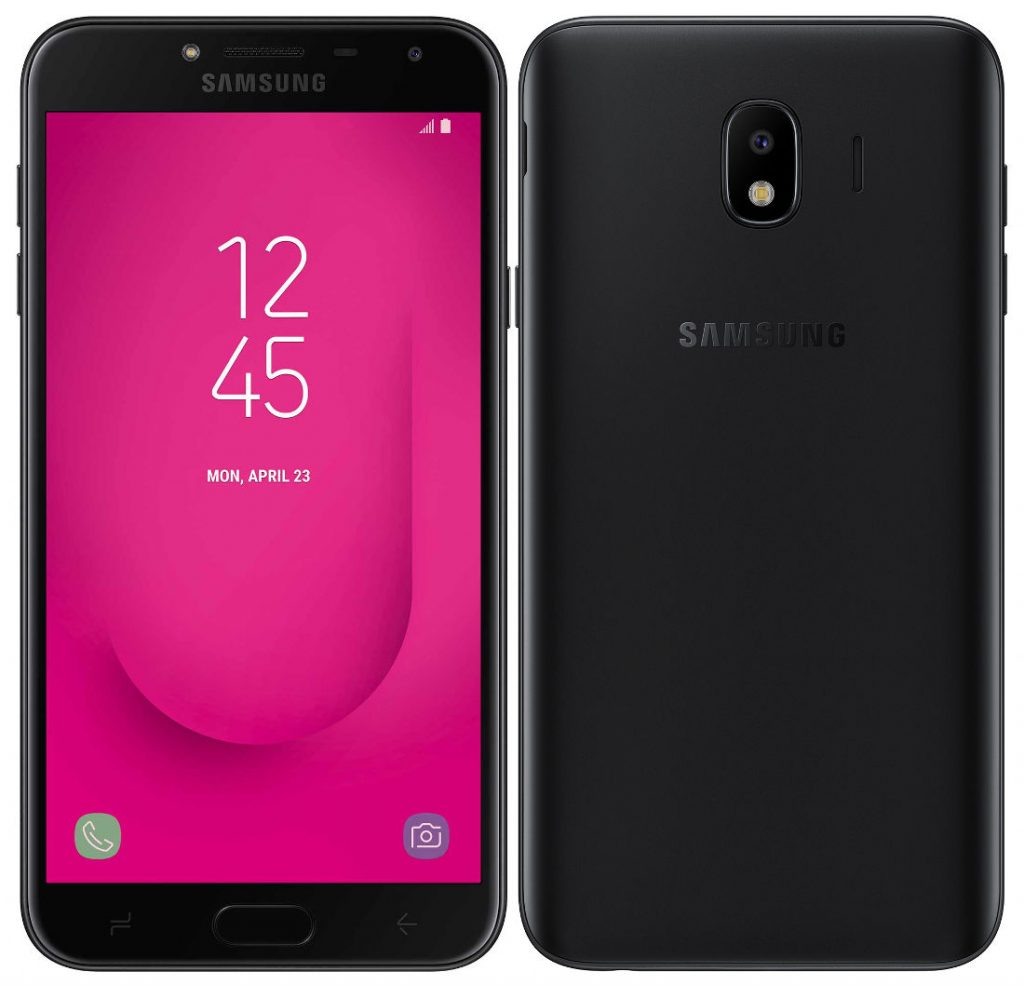 Samsung launched the Galaxy J4 (SM-J400) in the J-series in India, after it was introduced last week. It comes with 5.5-inches Super AMOLED 16:9 aspect ratio display, is powered by the Samsung’s very own Exynos 7570 Quad-Core 14nm processor with 2GB of RAM. It packs a 13-megapixel rear camera and a 5-megapixel front camera, both with LED flash. 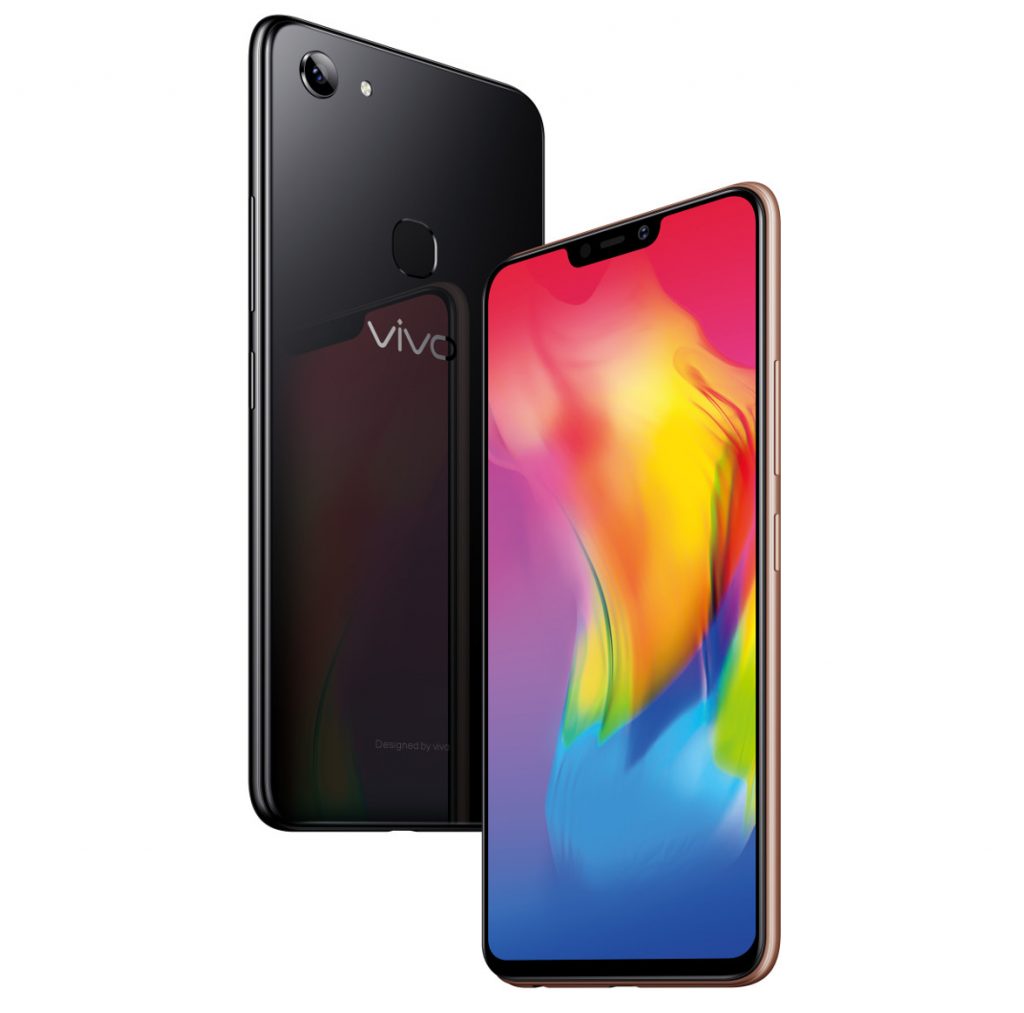 Vivo launched Y83, the company’s latest mid-range smartphone in the ‘Y Series’ in India, after it was introduced in China last week. It comes with a 6.22-inch HD+ screen with 19:9 aspect ratio, 2.15mm narrow bezels and 88% screen-to-body ratio. It it is the world’s first smartphone to be powered by MediaTek’s latest Helio P22 Octa-Core 12nm SoC. It has a 13-megapixel rear camera with LED flash, portrait mode, an 8-megapixel front camera with AI beauty features and face unlock.

It comes in Black color, is priced at Rs. 14990 (MOP) and is available from offline stores in India. It will also be available from online retailers such as Flipkart, Amazon.in as well as Vivo’s official online Shop. 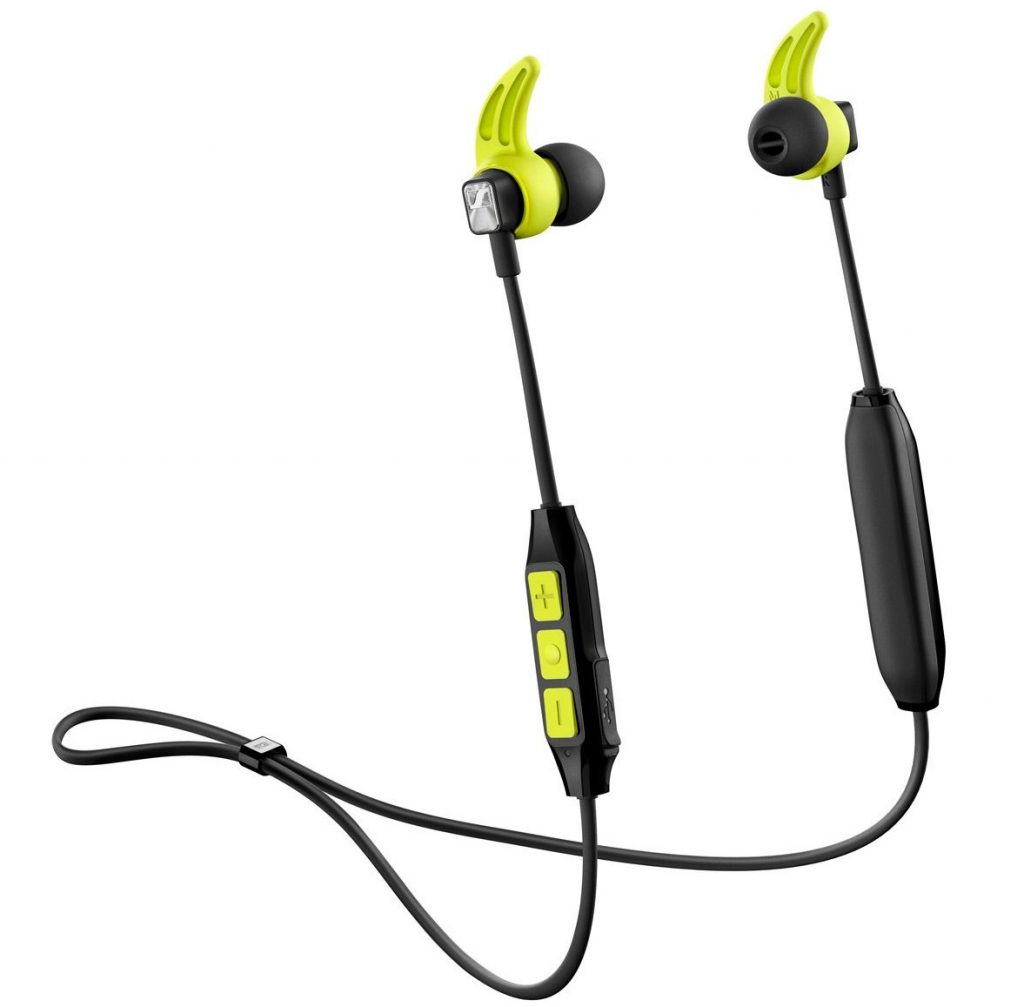 Sennheiser launched CX SPORT, the company’s latest In-Ear wireless headset in India. It features a light-weight, sweat and splash resistant design, lets you pair the CX SPORT with up to two devices simultaneously, while Bluetooth 4.2, Qualcomm apt-X ensures Hi-Fi sound. It also has a slick three-button remote that lets you effortlessly manage music and calls, as well as convenient voice prompts to further enhance ease of use.

The Sennheiser CX SPORT is priced at Rs. 9,990 and is available for pre-booking  through Sennheiser’s official brand store. Sennheiser is also giving away a free headphone worth Rs 3,990 as a complimentary offer with the CX Sport Wireless headphones for pre-bookings till June 15. 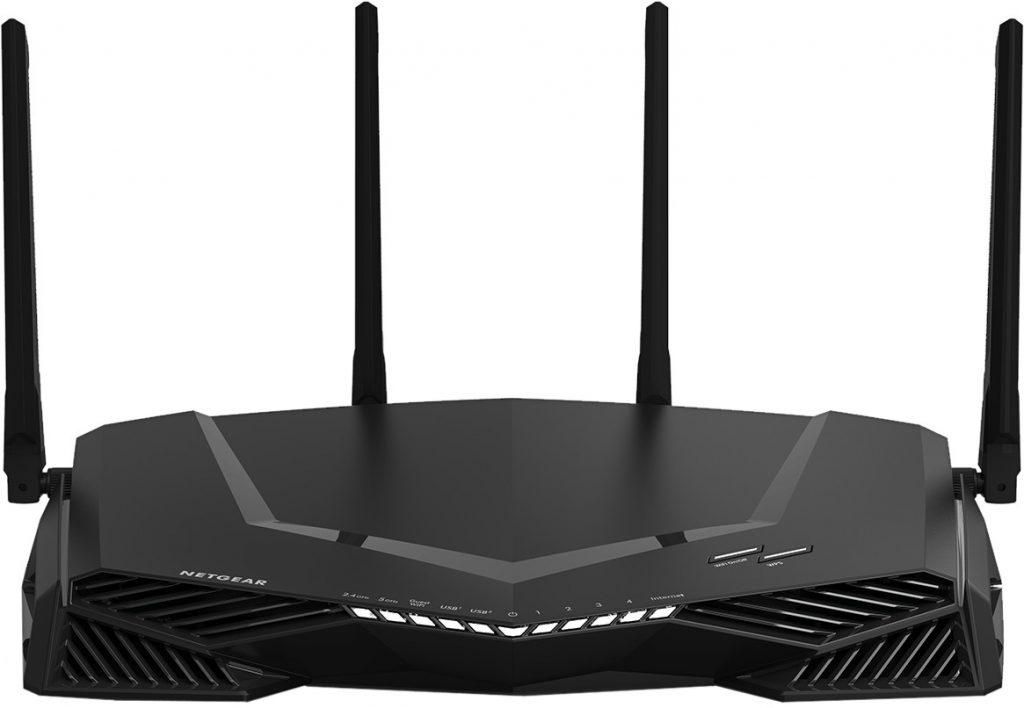 Netgear has launched the Nighthawk Pro XR500 gaming WiFi router in India. The router was initially announced at the CES 2018 back in January. According to the company, it leverages the software optimize network connections by stabilizing the ping, reducing lag spikes and keeps users always on.  It is available through the authorized Netgear partners as well as online. Though the company has launched it at Rs. 23,000, it is available on Amazon.in for Rs. 19,990. 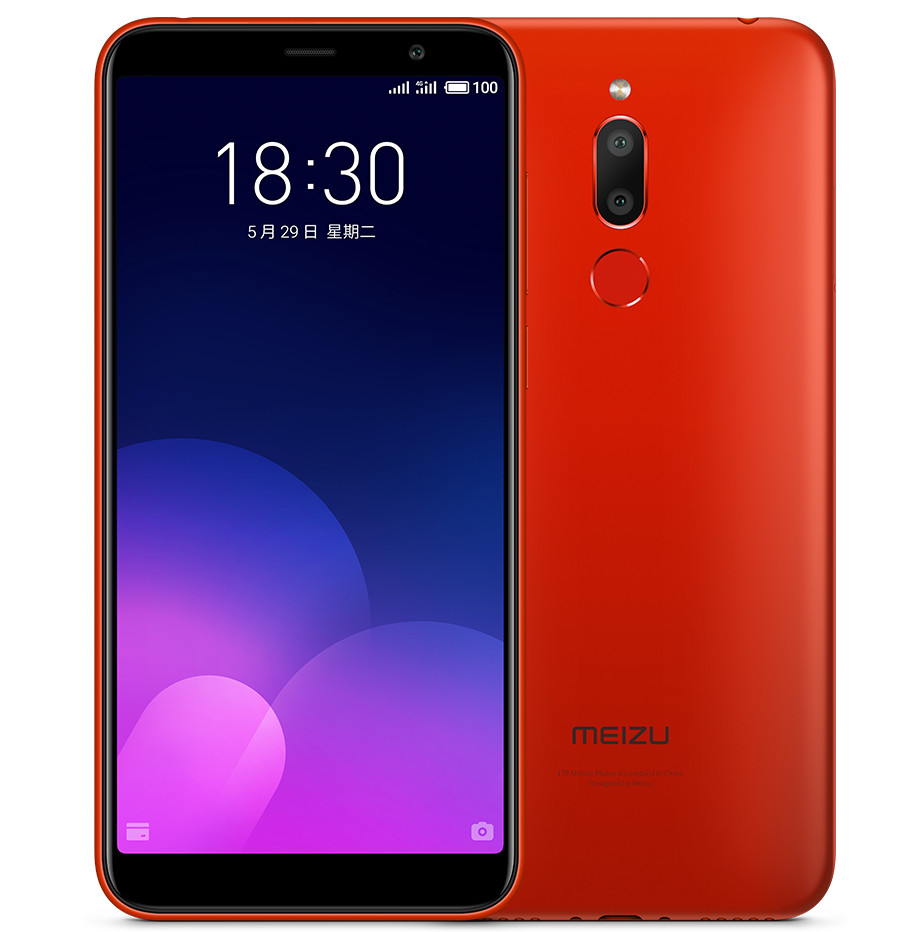 Meizu just announced 6T, its latest budget smartphone an event in China, as it had promised. It packs a 5.7-inch HD+ 2.5D curved glass screen with 18:9 aspect ratio, is powered by a 1.5 GHz Octa-Core 64-bit MediaTek MT6750 processor and runs on Android 7.0 (Nougat) with Flyme OS on top. It has a 13-megapixel rear camera with Sony IMX278 RGBW sensor, LED flash, along with a 2-megapixel secondary rear camera to capture depth information for portrait shots and a 5-megapixel front-facing camera. 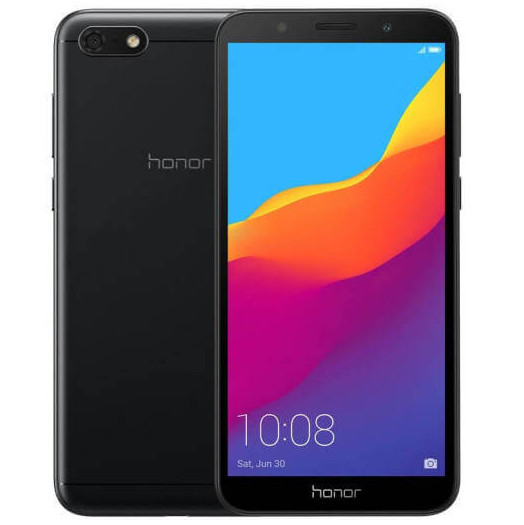 Huawei’s Honor brand introduced Honor 7S, the company’s latest budget smartphone after it got certified earlier this month . It has a 5.45-inch HD+ display with 18:9 aspect ratio, 73% screen-to-body ratio, is powered by a Quad-Core MediaTek SoC with 2GB RAM, runs Android 8.1 (Oreo) with EMIUI 8.1 on top, has a 13-megapixel rear camera and a 5-megapixel front-facing camera, both with LED flash. 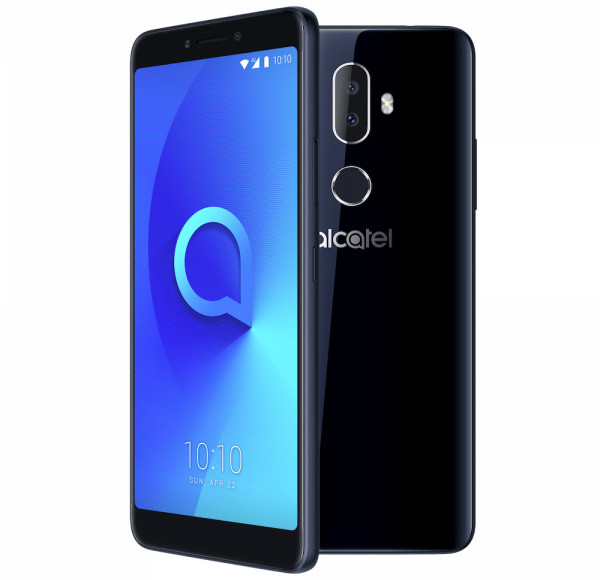 Alcatel today launched 3V, the company’s latest mid-range smartphone in India. It was introduced at the MWC 2018 earlier this year and packs a 6-inch FHD+ display, is powered by quad-core MediaTek MT8735A SoC with 3GB of RAM, runs Android 8.0 (Oreo), has a 12-megapixel rear camera along with a 2-megapixel secondary rear camera to capture depth information for portrait shots, and a 5-megapixel camera on the front with LED flash and face unlock.

The Alcatel 3V comes in Spectrum Black and Spectrum Gold colors, is priced at Rs. 9999 and is exclusively on Flipkart. It comes with several launch offers. 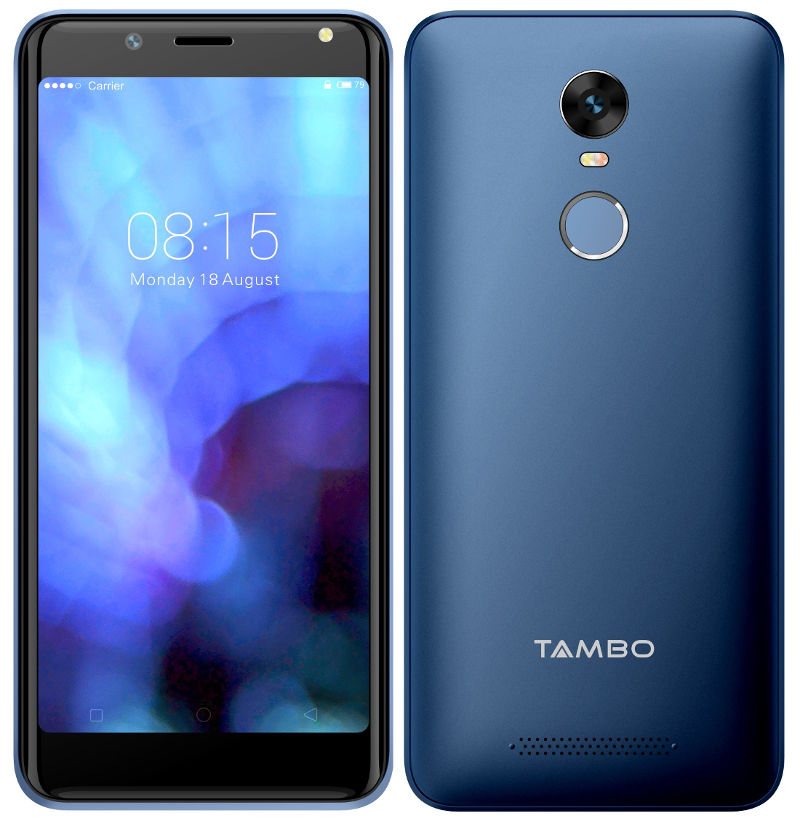 Tambo launched  TA 3 smartphone in the country and revealed the complete specifications of the smartphone. It comes in Jet Black, Champagne and Metallic Blue colors, is priced at Rs. 4,999 and will be available in across distributor channels in India. 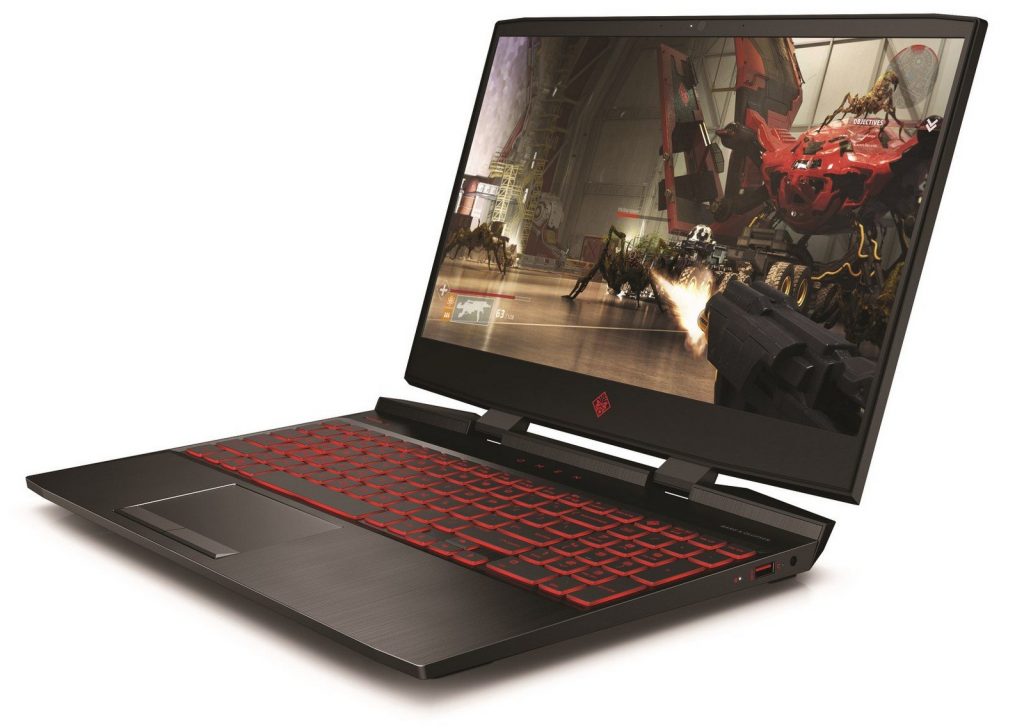 HP announced the Omen 15 gaming laptop with a 15.6-inch display and is powered by the 8th Generation Intel Core i5+ and i7+ processors with up to six cores. It is  7.4 percent less-wide and 5% thinner than its predecessor and weighs just 2.4 kgs.