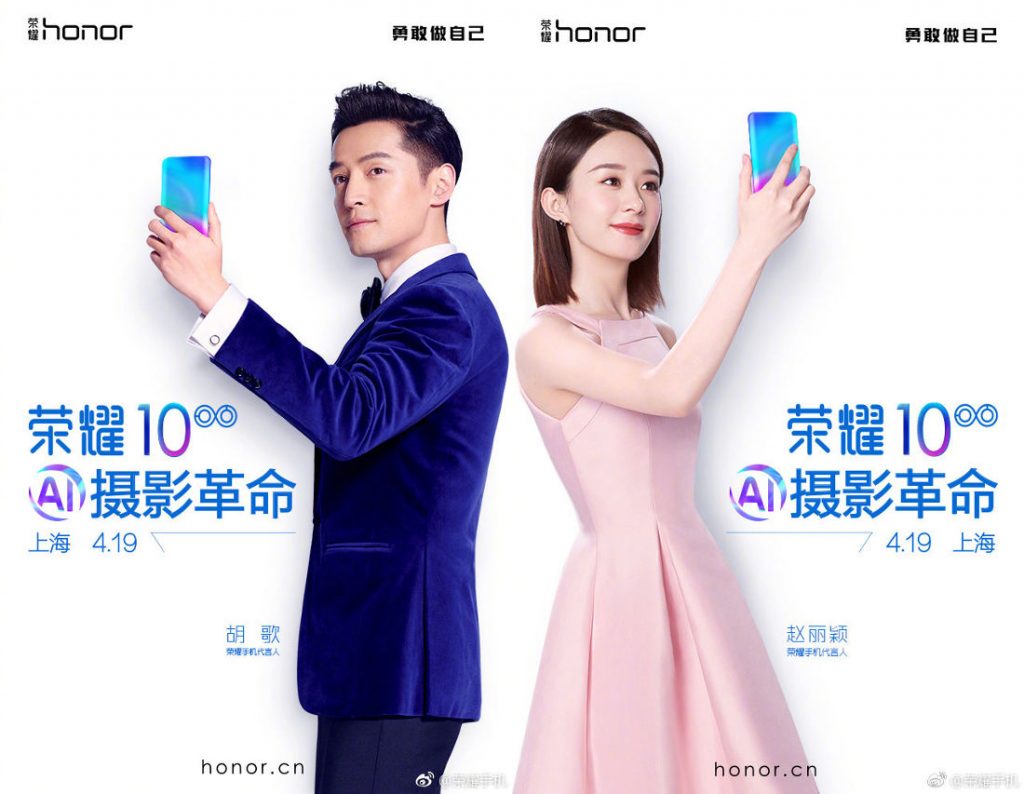 Last week Huawei’s Honor brand sent out invites for an event on May 15th in London. Details about the smartphone surfaced in a promotional image in China a few days back and also revealed some of the specifications. Today the company has officially announced that the Honor 10 smartphone with dual rear cameras with A.I will be introduced at an event in Shanghai, China on April 19th. The company also announced Chinese actors Hu Ge and Zhao Liying as brand ambassadors. 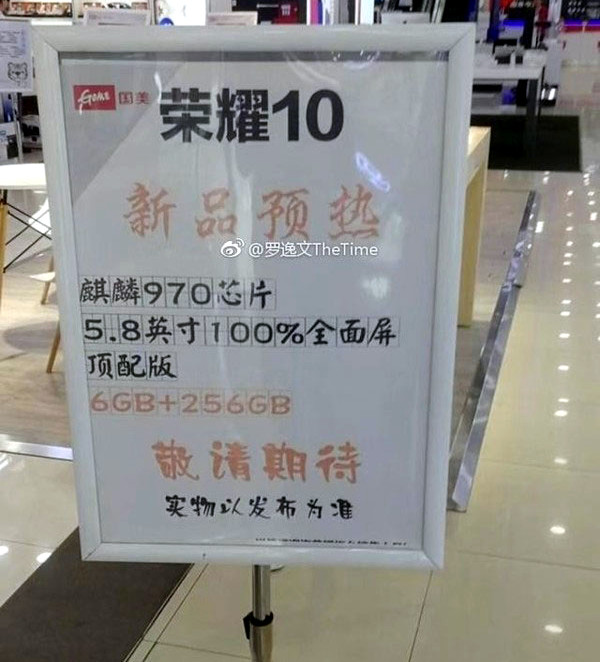 Another image on a store reveals that the phone will come with a 5.8-inch FullView display with minimal bezels and Kirin 970 SoC, similar to the Huawei P20 that was introduced last month. It is said to pack 6GB of RAM and 256GB storage. 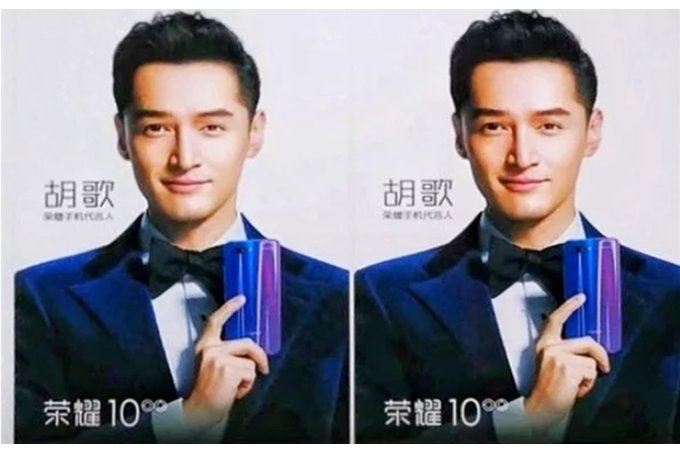 Earlier promo showed the phone’s glass back, similar to the Huawei P20, but it could have horizontal dual rear camera arrangement. It is expected to come with a fingerprint sensor on the front, below the display. We should know more details about the Honor 10 before it goes official next Thursday.