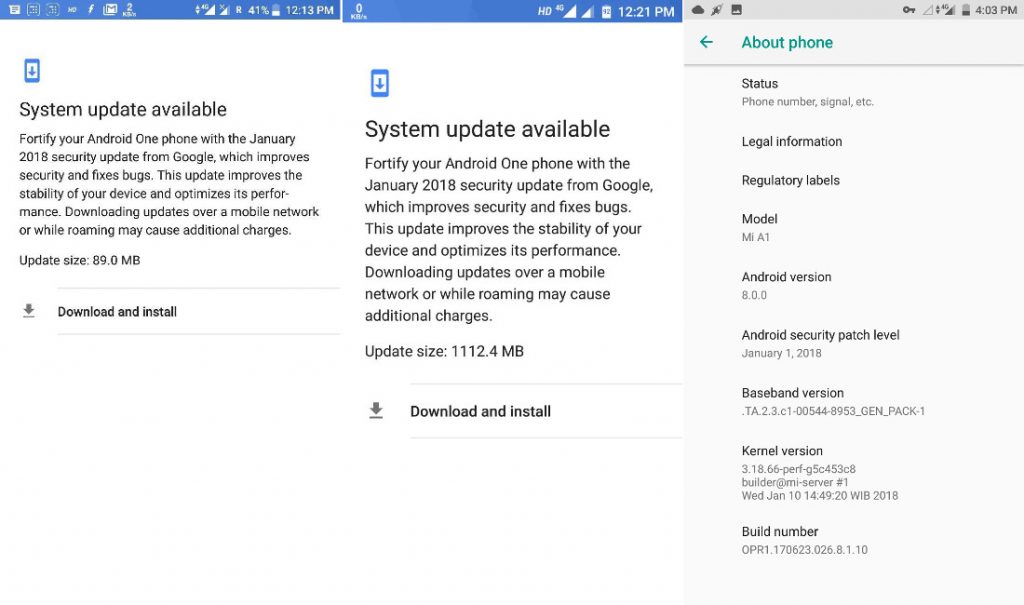 Xiaomi started rolling out Android Oreo update for Mi A1 smartphone on 31st December as it had promised. Later it pulled the update due to bugs and said that it will resume in a couple of weeks after fixing the bugs. Now the company confirmed that it has started rolling out a new OPR1.170623.026.8.1.10 update for the smartphone that includes Android Security patch for January 2018 and also includes bug fixes.

Even though the update is said to fix several bugs including Bluetooth Battery drain issues, random reboots, Unresponsiveness of dialer app and more that users have faced with the first update and also brings back fingerprint gestures and removes SIM HD notification, but some are still experiencing few bugs such as slow camera.