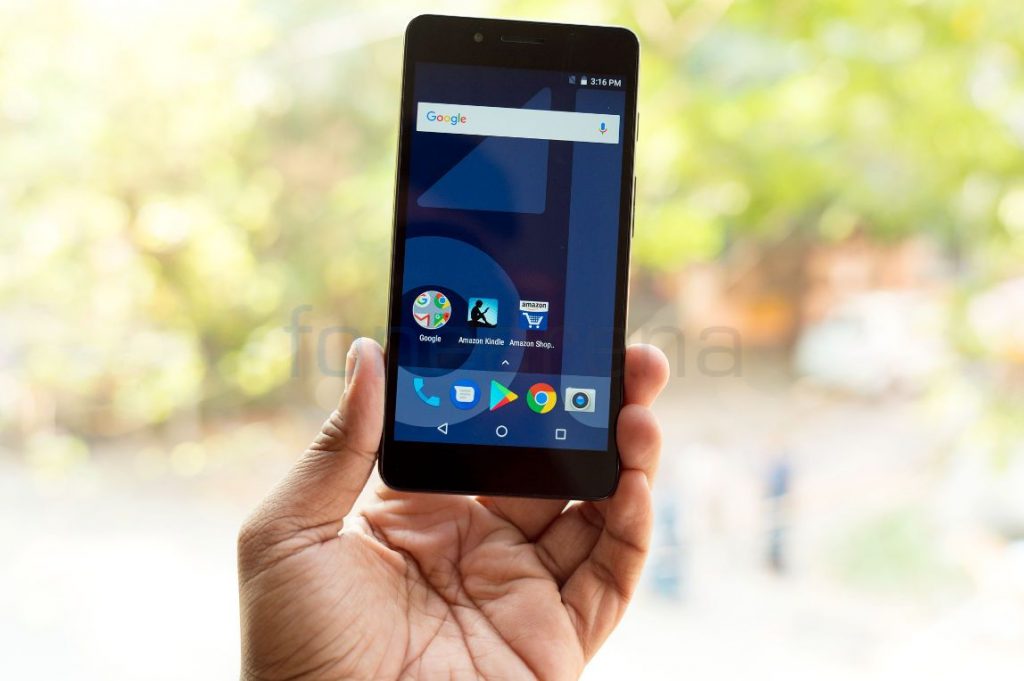 10.or (pronounced Tenor) made its debut in India with the 10.or E smartphone last year, and it launched  it launched the 10.or G later. Last month it launched its most affordable 10.or D smartphone as a part of “Crafted for Amazon” programme. Similar to the first two smartphones, the 10.or D too has impressive specifications on paper for the price. Did it live up to our expectations? Let us dive into the review to find out. 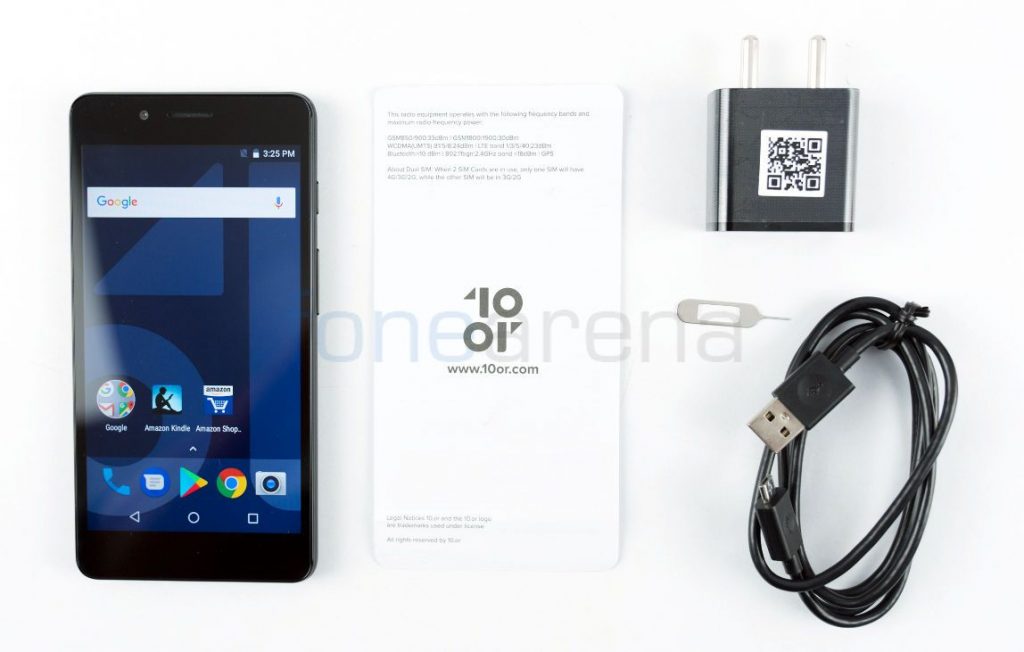 The 10.or D has a 5.2-inch screen with a resolution of 1280 by 720 and a pixel density of about 282 ppi (pixels per inch). It has 400 nits brightness so the display is bright, colors are vibrant, viewing angles and the sunlight legibility are good as well. It has bezels, above and below the screen. The company doesn’t say if it has used any kind of hardened glass for protection. 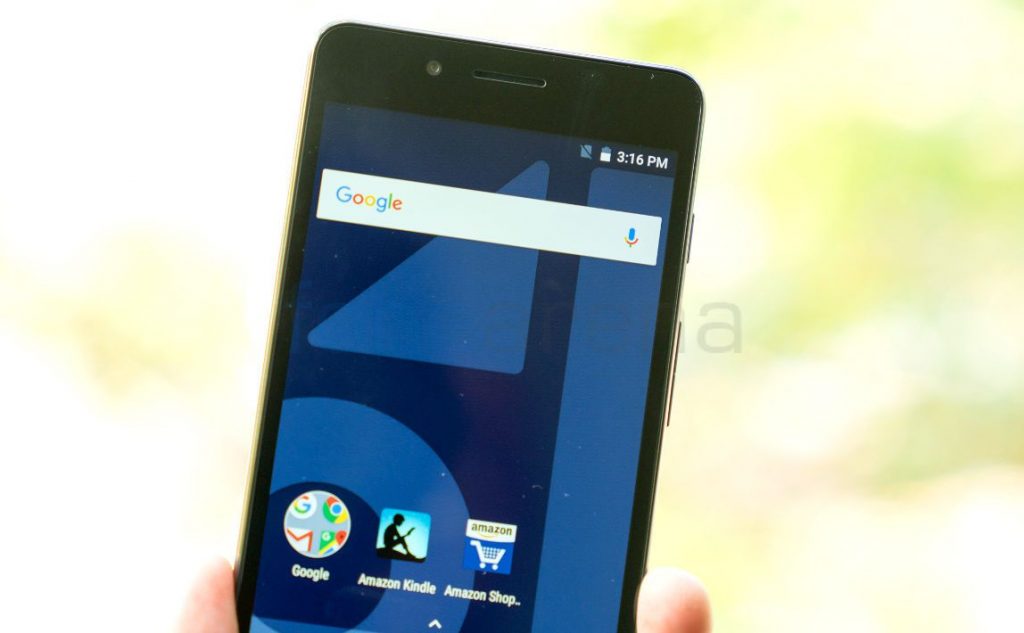 There is an earpiece above the display. It has a 5-megapixel front-facing camera with f/2.0 aperture. There is also a tiny notification LED next to the camera. It has proximity sensor, but lacks ambient light sensor for auto brightness so you have to adjust the brightness manually when you are outdoors. However it has gyroscope and magnetic sensor otherwise known as magnetometer for VR headsets. 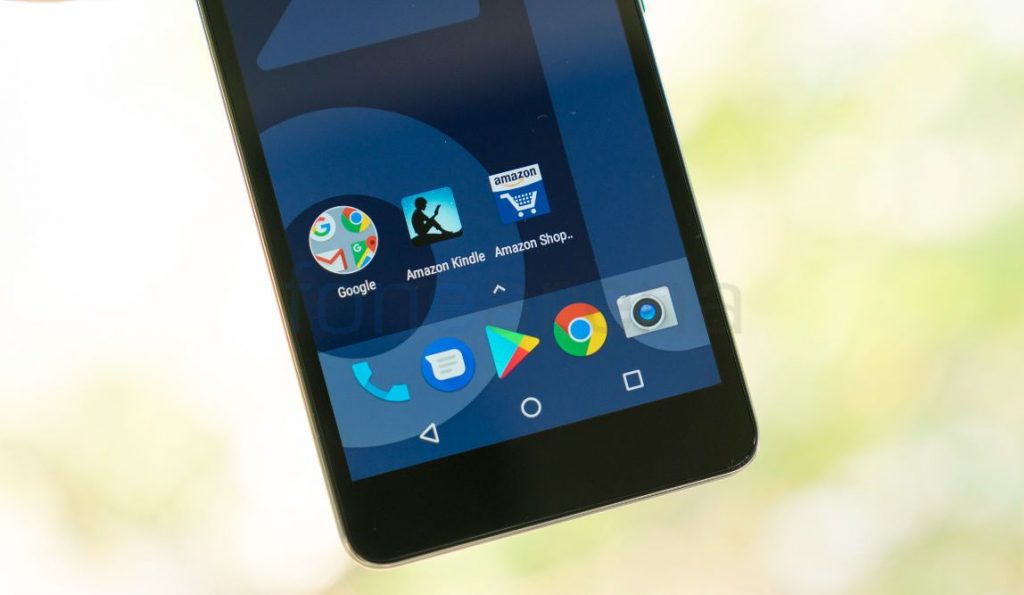 Even though there is a bezel below the display, this doesn’t have capacitive touch buttons and uses on-screen buttons for navigation. 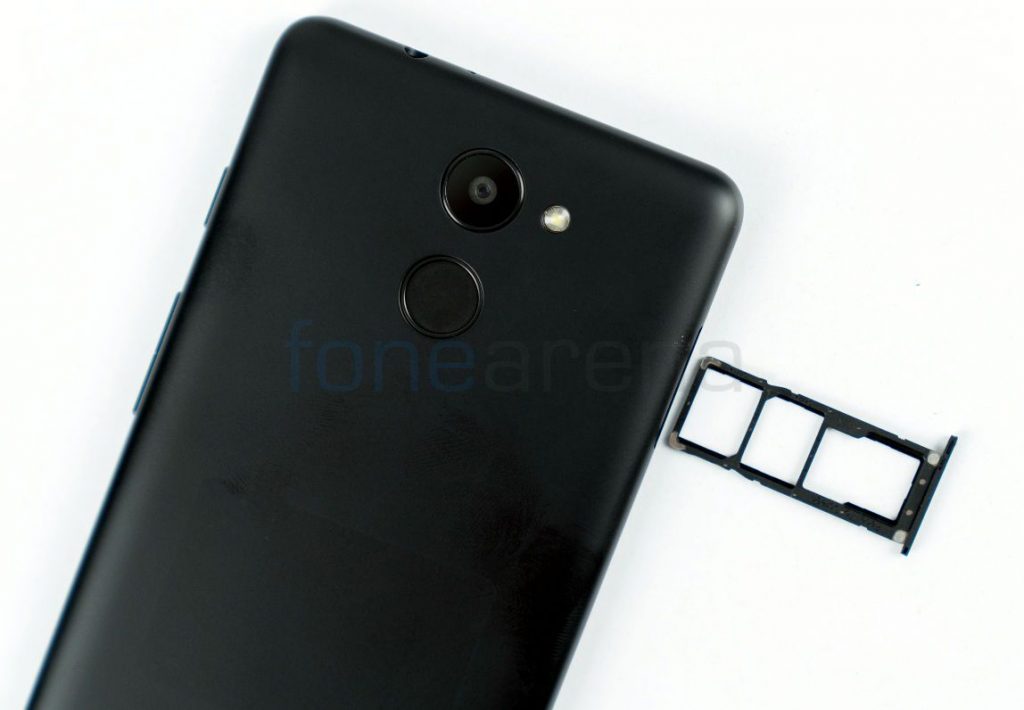 The first 10.or E that came with dedicated slots, however the 10.or G featured a hybrid SIM slot, now the company is back on track with dedicated SIM slots. This has a single tray where all two nano SIM and a microSD slot are present. 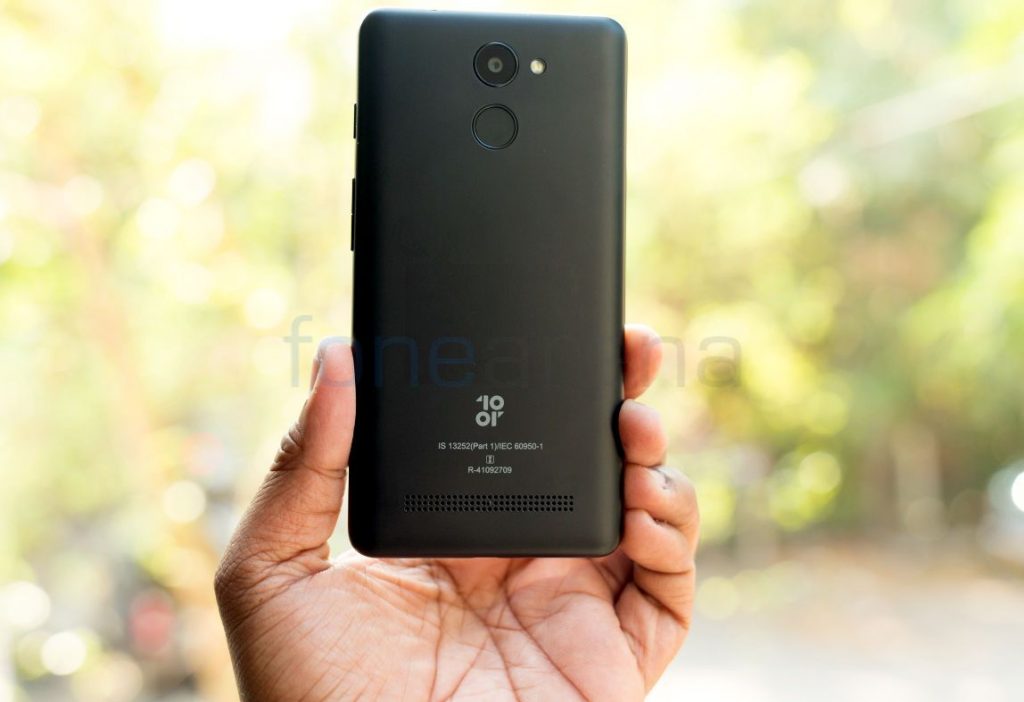 On the back there is a 13-megapixel camera with LED flash. There is a fingerprint sensor below the camera and the speaker grill is present on the bottom part of the back. This has a polycarboate body that is prone to smudges, but the build quality is decent compared to the metal finish on the first two 10.or smartphones. It has a huge 3550mAh (typical) / 3500mAh (minimum) built-in battery. 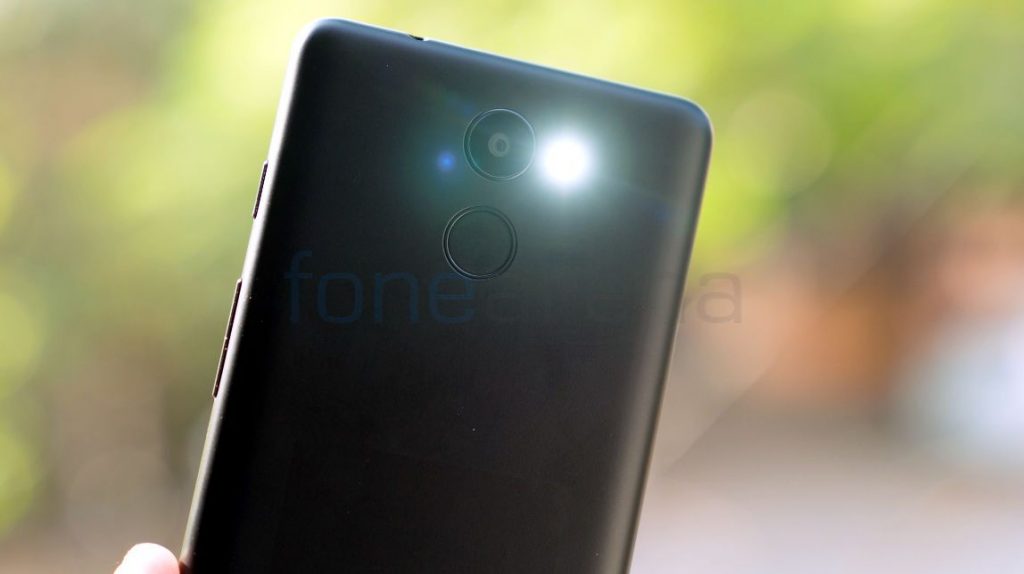 Coming to the camera, it has a 13-megapixel camera with f/2.0 aperture and single LED flash. The camera UI is simple with menu to choose different modes (Auto, HDR, Night, Portrait, Landscape, Sports, Flowers, Backlight, Candlelight, Sunset, Beach and Snow), flash toggle, color effects (Mono, Sepia, Aqua and Sketch), front camera toggle and Beautify (Low, Mid and High)) options on the top and the camera shutter button is on the bottom along with the image preview and option to switch to video and panorama. It also has beautify features for both the front and rear cameras. 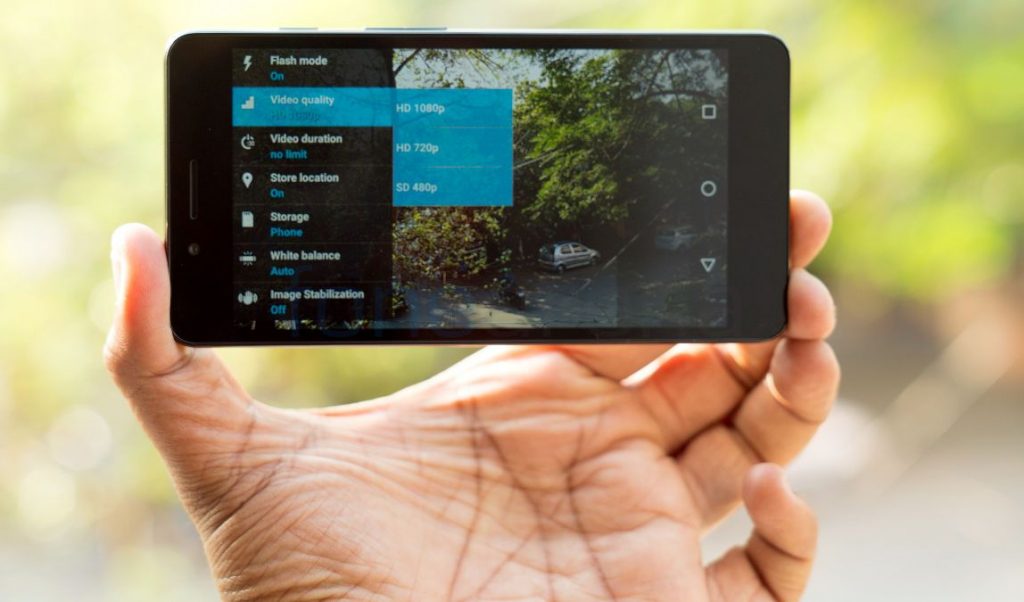 Coming to the image quality the daylight shots were decent if there is bright light otherwise it came out dull. It also doesn’t focus quickly when you want to capture macro shots, so most shots end up blurry. HDR shots were better with improved contrast and saturation, but those look artificial. Low-light shots had a lot noise even though the camera switches to low-light mode when you set it to auto. Images with flash were good and the flash is not overpowering even in closeup shots. The 5-megapixel front-facing camera with f/2.2 aperture is decent for selfies and video chats, but it could have been better since the images don’t have much details. Overall the camera is just average. 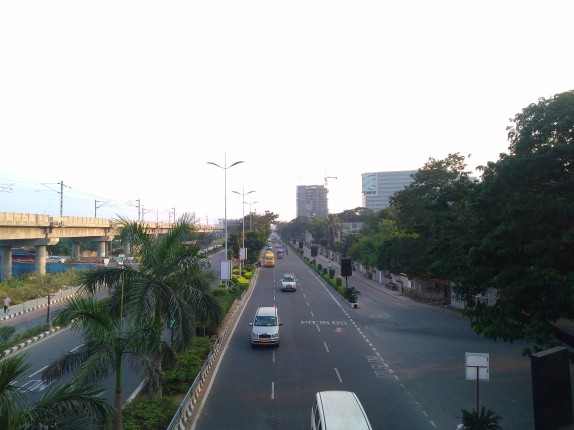 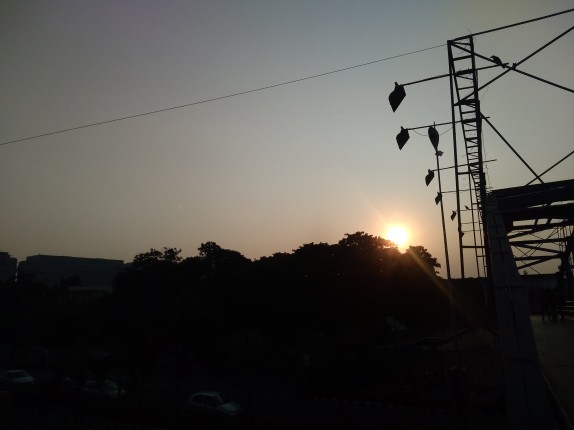 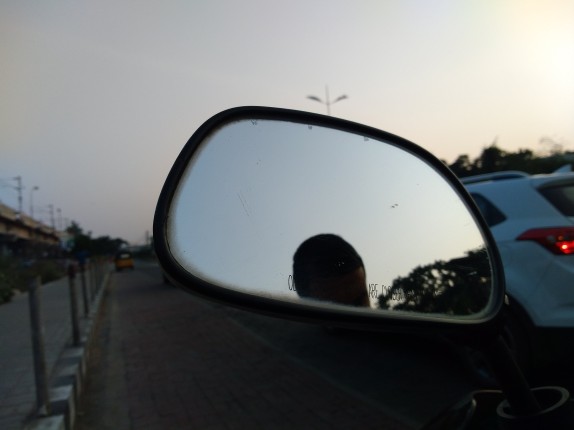 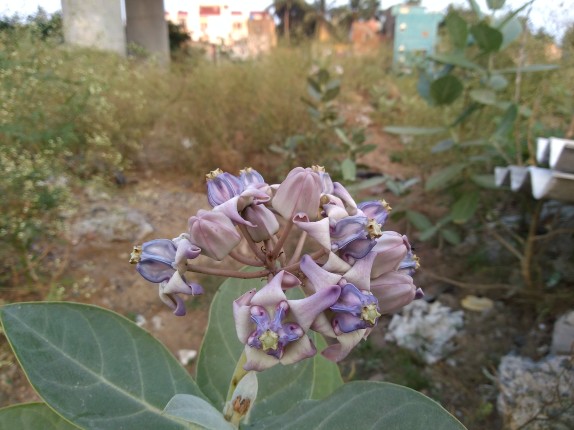 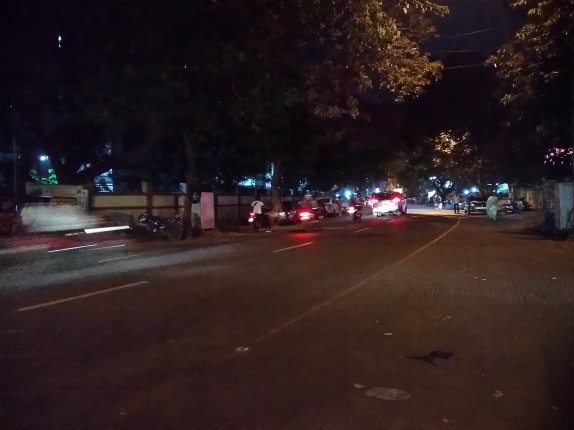 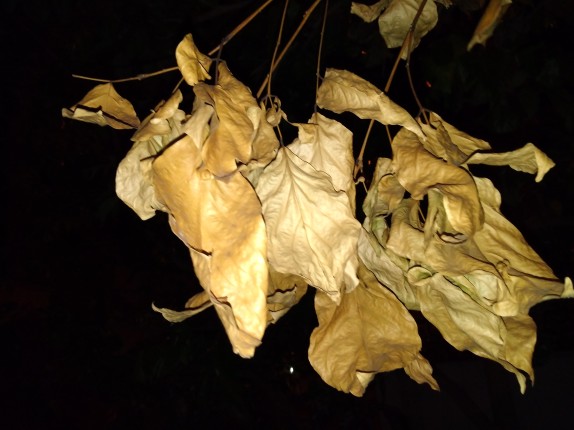 It can record videos at maximum 1080 resolution at 30fps. Video quality is decent and could have been better. Check out the video sample below.

The phone runs on Android 7.1.2 (Nougat) which is stock with some additional apps. The company has promised Android Oreo update, but it has not provided roll out time-frame yet. It comes with  Android Security patch for October 1, 2017. There is nothing to mention about the software in specific since it offers stock Android experience.

We have the 3GB RAM with 32GB storage variant. Out of 3GB of RAM you get about 2.87GB of usable RAM, out of which 1.7GB of RAM is free on boot with just the default apps running in the background. Out of 32GB of internal storage you get about 23GB of usable storage since OS and Apps take up about 6.1GB of storage. Since this runs on Nougat, you can use the microSD as the internal storage.

Apart from the usual set of utility apps and Google apps, the phone comes with 10.or Care, Amazon Kindle, Amazon Shopping and Amazon Prime Video apps. It doesn’t have any other bloatware.

Google Play Music is the default music player for playback and it also has equalizer. The speaker is present on the back  of the phone so audio gets muffled when the phone is placed on a flat surface. Speaker output is good. Even though it is a single speaker, Dirac sound algorithm boosts the sound. Audio quality is good through third-party headset is good as well. It also comes with FM Radio with support for recording.

It has Dual SIM option in the settings that lets you customize each SIM cards. It has 4G connectivity with support for 4G VoLTE for Reliance Jio. Both the SIM slots have 4G support, but you can use 4G on only one SIM at a time, while the other goes to 3G.  Other connectivity features include, WiFi 802.11 b/g/n, Bluetooth 4.2 and GPS. It also comes with USB OTG (on-the-go) support that lets you connect pen drives. 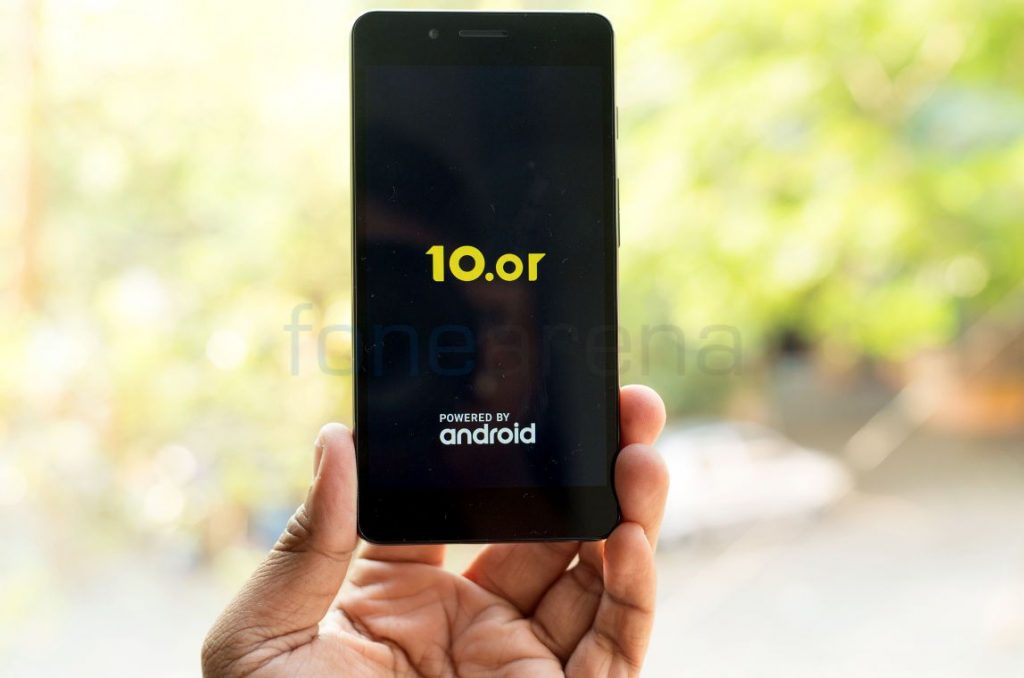 Coming to the performance, the phone is powered by a quad-core Snapdragon 425 Mobile Platform with four ARM Cortex A53 cores clocked at 1.4GHz per core and has 2GB /3GB of RAM depending on the version.  The phone gets a bit warm on prolonged 4G usage and gaming, but it doesn’t get too hot to handle.

The performance is good without any lags. It has Adreno 308 GPU. Since this is not a powerful SoC the GPU is just average, so the gaming performance is not the best compared to other Octa-Core Snapdragon SoC with better Adreno GPUs. Check out some synthetic benchmark scores below in which it tops in every benchmark. 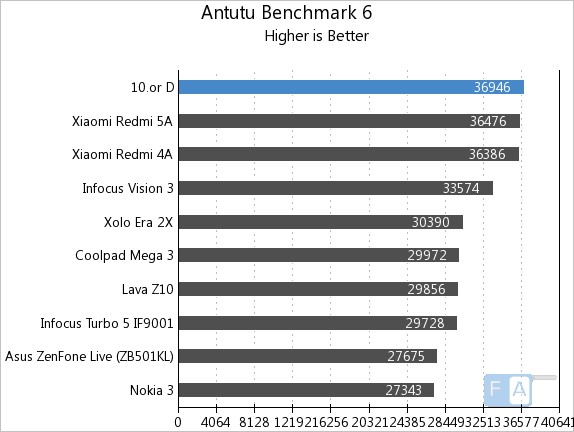 It scored 36946 points topping the AnTuTu Benchmark charts, slightly better than the Redmi 5A. 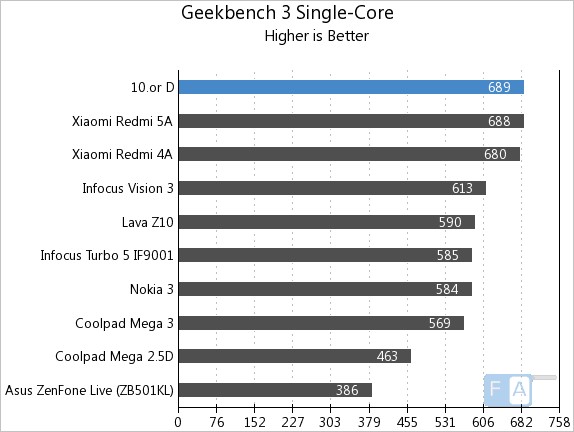 It topped the Geekbench 3 Single-Core benchmark by scoring 689 points, again slightly better than the Redmi 5A. 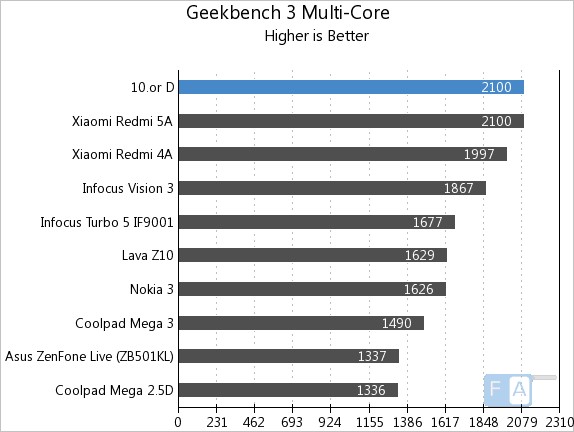 It ties up with Redmi 5A in the Geekbench 3 Multi-Core benchmark by scoring 2100 points. 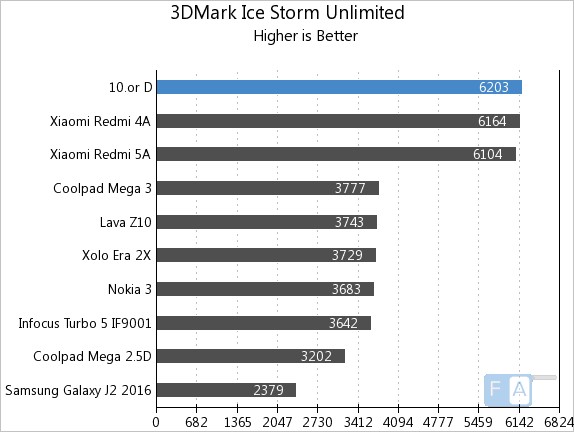 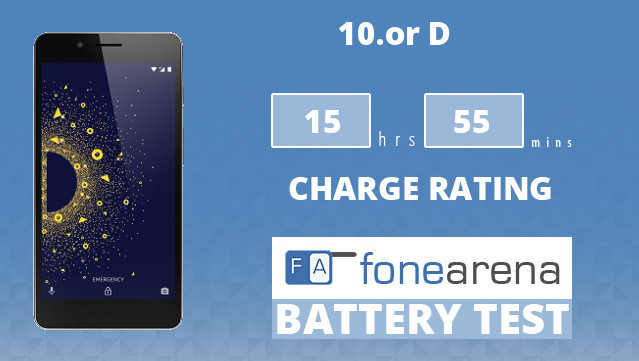 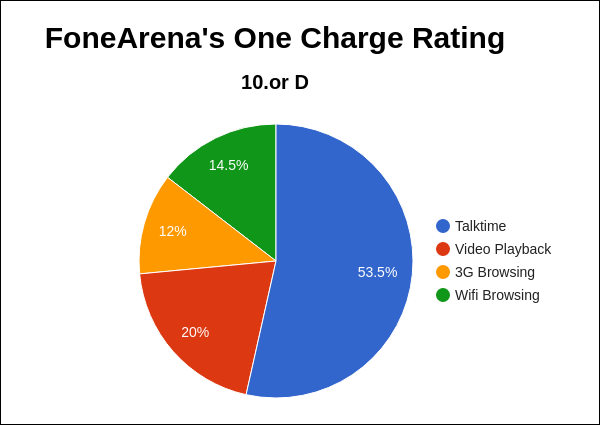 It achieved a One Charge Rating of 15 hours and 55 minutes mainly due to brilliant talk time, but this is good for a phone with a 5.2-inch HD screen and a 3550mAh battery. Sadly, the phone doesn’t have fast charging so it takes close to 3 hours to charge the phone and it took about 1 and half hours to charge from 0 to 50%. We will bring you the complete set of battery life test results soon.

At a starting price of Rs. 4,999, the 10.or D smartphone is a decent budget smartphone. This goes head-to-head to the Xiaomi Redmi 5A that costs the same. Just like the Infrared sensor on the Redmi 5A, the 10.or D  includes a fingerprint sensor that no other companies offer in the price range. The 3GB RAM with 32GB storage version costs Rs. 5999, which is Rs. 1000 cheaper than the same version of the Redmi 5A.

It has dedicated SIM slots, comes with good display and also offers a good battery life, but there are some downsides such as lack of ambient light sensor for automatic brightness adjustment that is present in most smartphones. The camera is just average.

Since this is a new online-only brand, the company is slowing building its service centres across India and the built-in 10.or Care app is useful to find such details. Hope the company will launch more service centres in major cities across the country in the coming months.

The 10.or D went on sale exclusively on Amazon.in in the first sale today. To summarize, here are the pros and cons of the smartphone.