ACT Fibernet has revised its plans for its customers in Vizag, Vijayawada, Eluru and Guntur in Andhra Pradesh. This is the second time these cities are getting an upgrade after an upgrade in August last year. 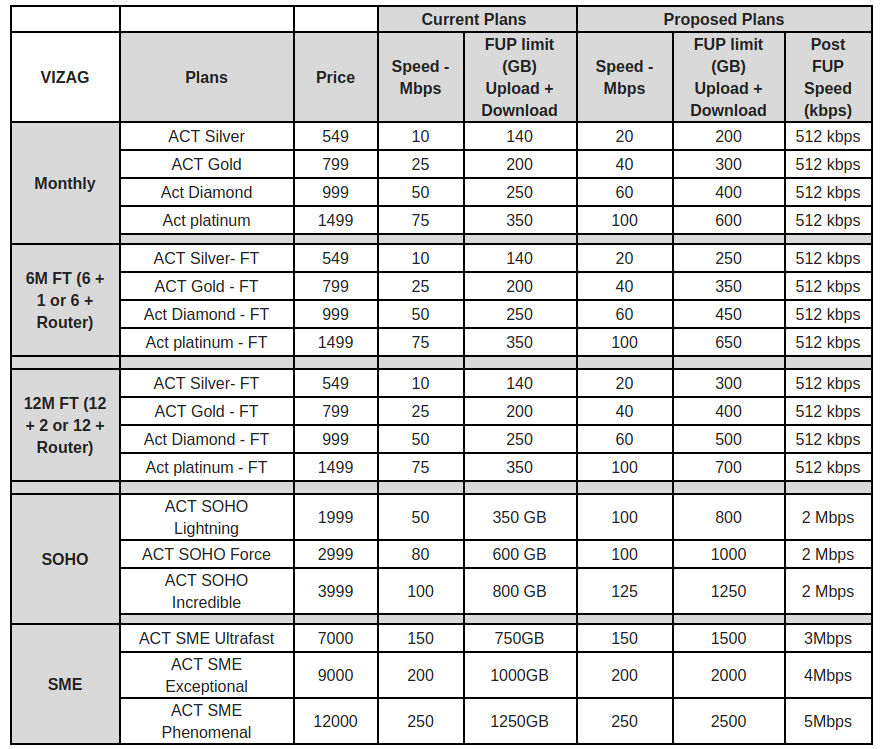