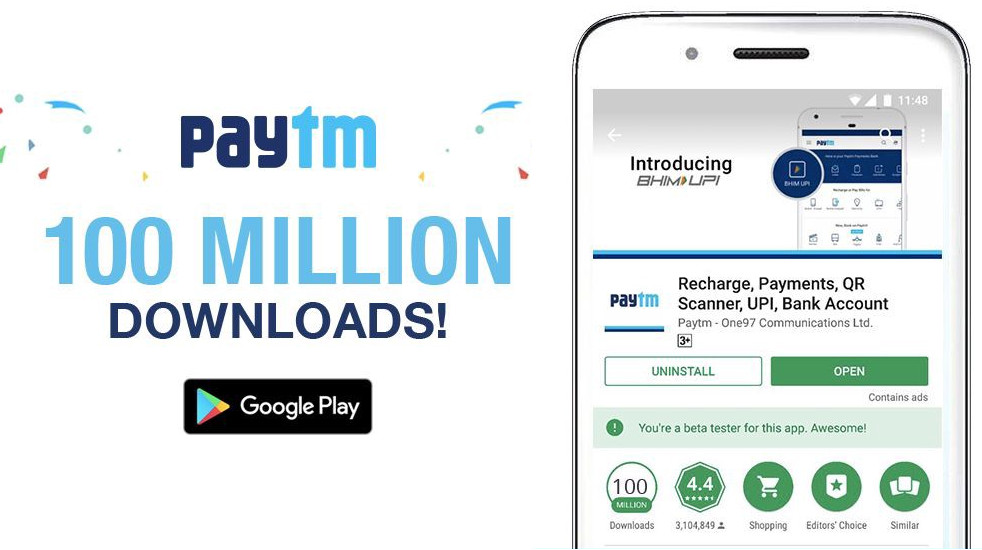 Paytm said that it is charting the next chapter of its growth from being a pioneer in mobile payments to becoming a mobile-first financial services company, which offers banking, lending, insurance, and payments.

Last month Paytm integrated BHIM UPI payments on its platform to allow users to create their own Paytm BHIM UPI ID on the app to send and receive money easily. It also tied up with ICICI Bank to launch Paytm-ICICI Bank Postpaid, a interest-free short-term digital credit service to offer instant credit to Paytm account. Earlier this month it launched Paytm FASTag across the country for automatic toll fee collection.

We are overwhelmed with the 100 million downloads mark, reaching this milestone is a testimony to the efforts of the incredible team at Paytm. This achievement will offer us a strong boost as we work towards our goal of making India a digital-first economy.