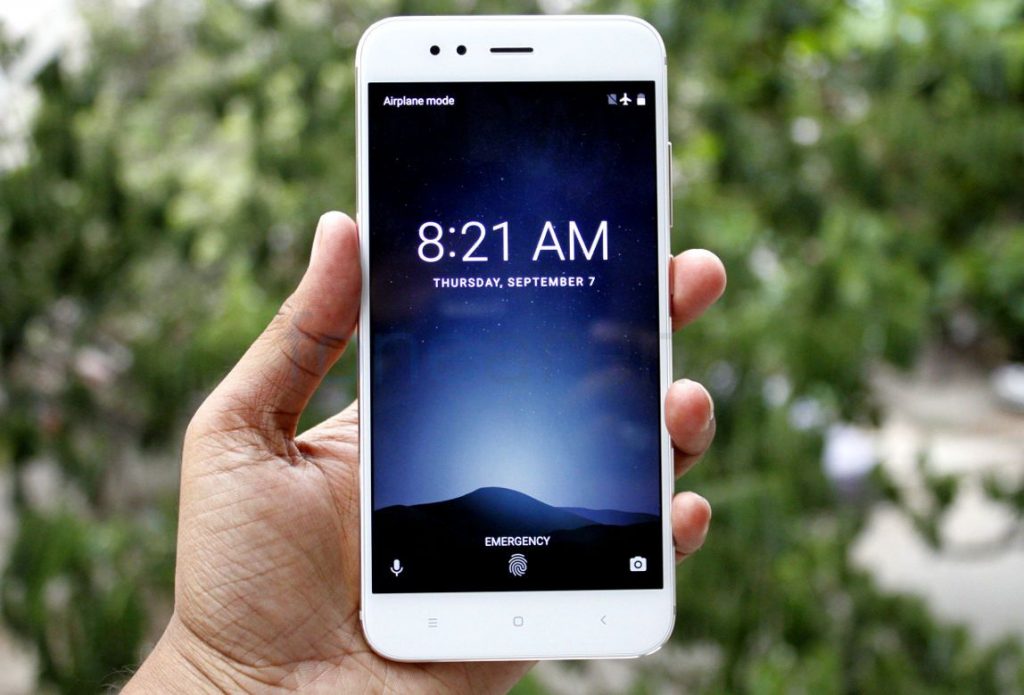 After a slight downfall in the Q2 2017,  smartphone market in India has recovered quickly with shipments growing 23% year on year in Q3 2017. A total of 40 million units were sold in India just in Q3 2017 and for the first time, India has overtaken the U.S. to become the second largest second largest smartphone market after China, according to the latest report from Canalys.

While Samsung continued to lead the market with over 9.4 million smartphones shipments which is almost 30% more than in Q3 last year, Xiaomi is inching closer to Samsung with 9.2 million units which is 290% increment and is very likely to cross Samsung in the next quarter. Both Samsung and Xiaomi have accounted for almost half of the shipments in the Q3 2017. 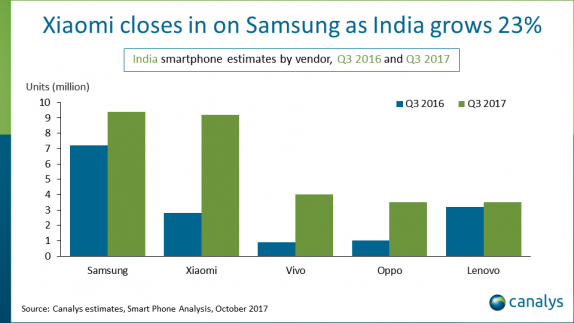 Samsung, Xiaomi, Vivo, Oppo, and Lenovo now account for 75% of the market share in India. Though Xiaomi is on top, the brand mainly struggles in the Rs. 15,000 to Rs. 20,000 price segment where Samsung, OPPO, and Vivo are strong. Canalys Research Analyst predicts that Xiaomi’s continued go-to-market innovations will allow the company to overtake Samsung within a couple of quarters.

The Apple iPhone shipments have almost doubled with over 900,000 units in Q3 2017 compared to the Q3 2016. After the introduction of GST, the market has shown signs of stability in Q3.

This growth comes as a relief to the smartphone industry. Doubts about India’s market potential are clearly dispelled by this result. There are close to 100 mobile device brands sold in India, with more vendors arriving every quarter. In addition, India has one of the most complex channel landscapes, but with low barriers to entry. Growth will continue. Low smartphone penetration and the explosion of LTE are the main drivers.