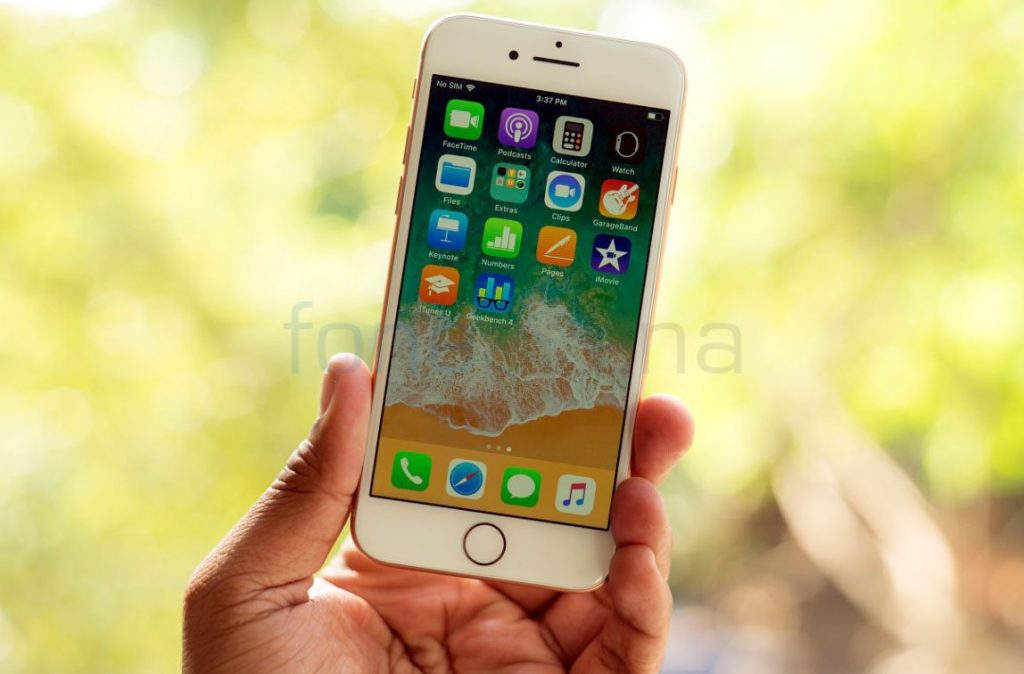 Apple has rolled out iOS 11.0.3 update for iPhone and iPad that includes fixes for audio and haptic feedback issues on some iPhone 7 and iPhone 7 Plus phones.  It also fixes issues in unresponsive touch in some iPhone 6s units. This comes after the iOS 11.0.2 update last week that brought several bug fixes and improvements. 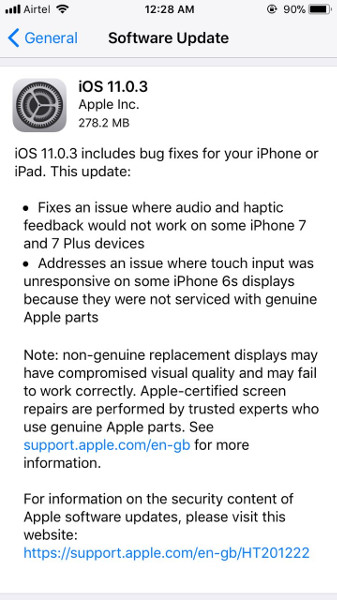 It also has an unusual note that says that third party displays may have compromised visual quality and may fail to work correctly. It also reminds users that repairs should be done by Apple to guarantee installation materials and repair skill.

The iOS 11.0.3 update is about 280MB in size that varies depending on the device and is already available over-the-air (OTA). It is compatible with iPhone 5s and later, all iPad Air and iPad Pro models, iPad 5th generation, iPad mini 2 and later and iPod touch 6th generation.