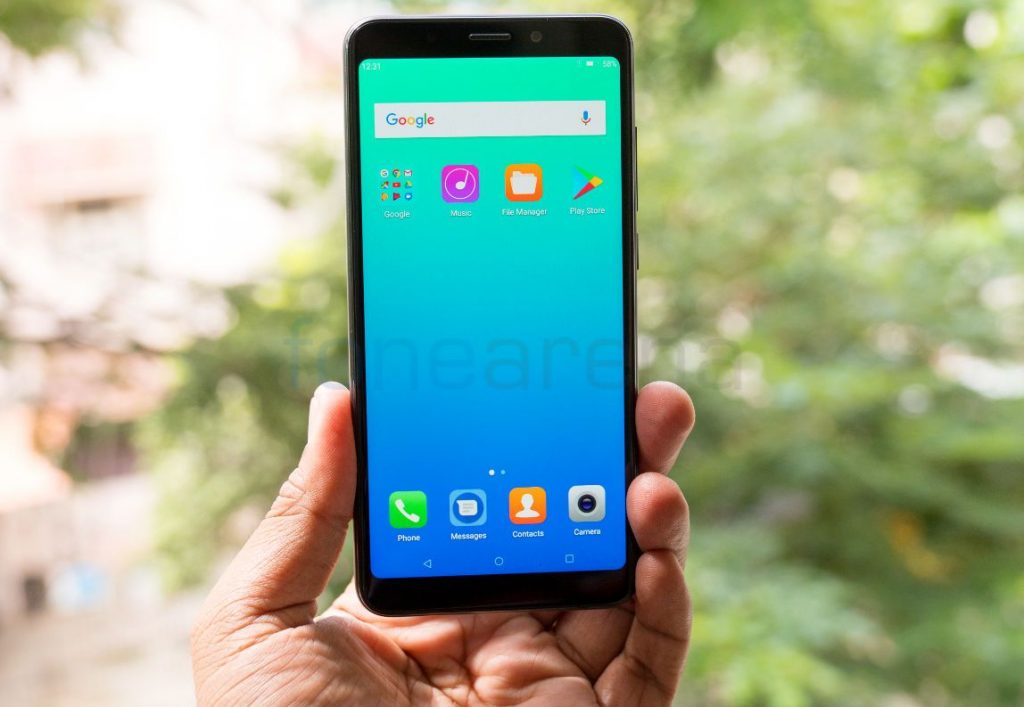 Micromax launched the Canvas Infinity smartphone with full-screen display and minimal bezels at Rs. 9999 last week. Even though it competes with several smartphones in the price range, it is the only phone with 18:9 infinity display for the price. Is the smartphone worth the price? Let us find out in the review. 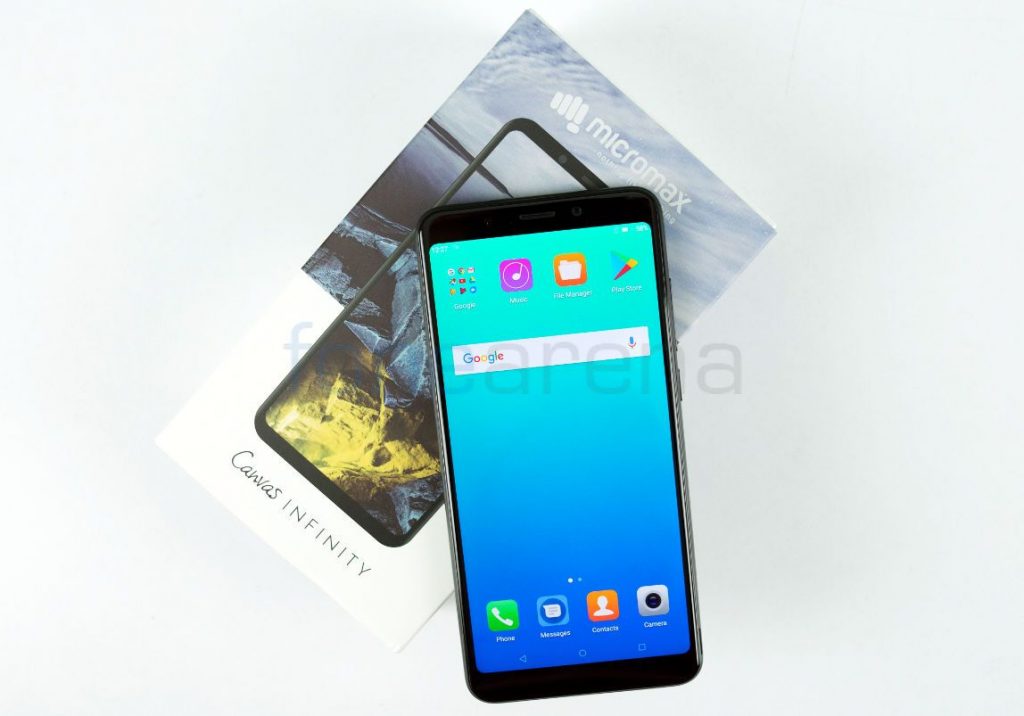 We brought you the unboxing and first impressions of the phone recently. Check out the video below. 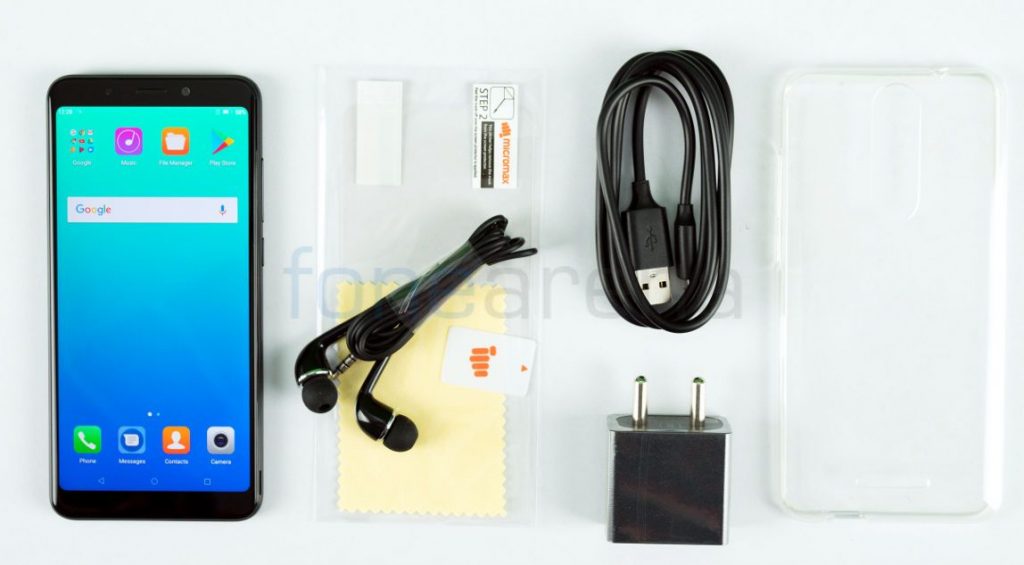 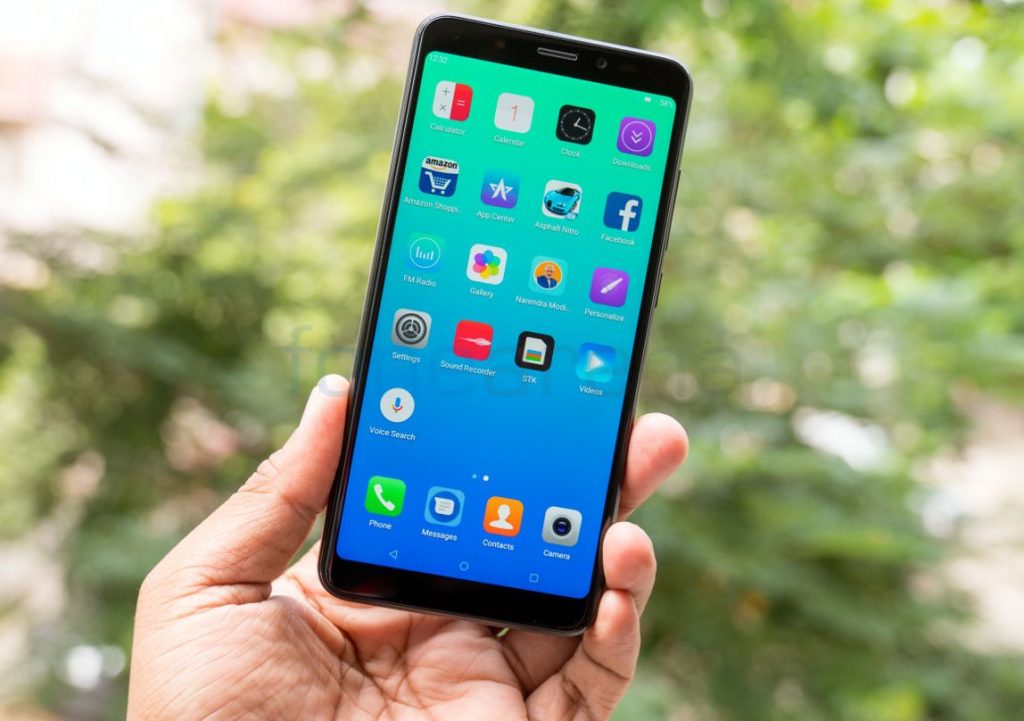 The phone has a 5.77-inch HD+ 2.5D curved glass screen with 18:9 aspect ratio and 83% screen-to-body ratio, making it one of the compact large-screen phones. With a pixel resolution of 1440 by 720 pixel, it has a pixel density of just 279 PPI so it is not sharp compared to 1080p screen. The company doesn’t say if it has Corning Gorilla Glass or any other hardened glass for protection.

The screen is brightness, colors are vibrant and the sunlight legibility is good as well. In addition to adaptive brightness option present in most phones that uses ambient light sensor to adjust brightness level automatically to available light, it also has a new smart display option that optimizes the screen to improve the visibility by reducing glare when using the phone in bright outdoors. This works to a certain extent. 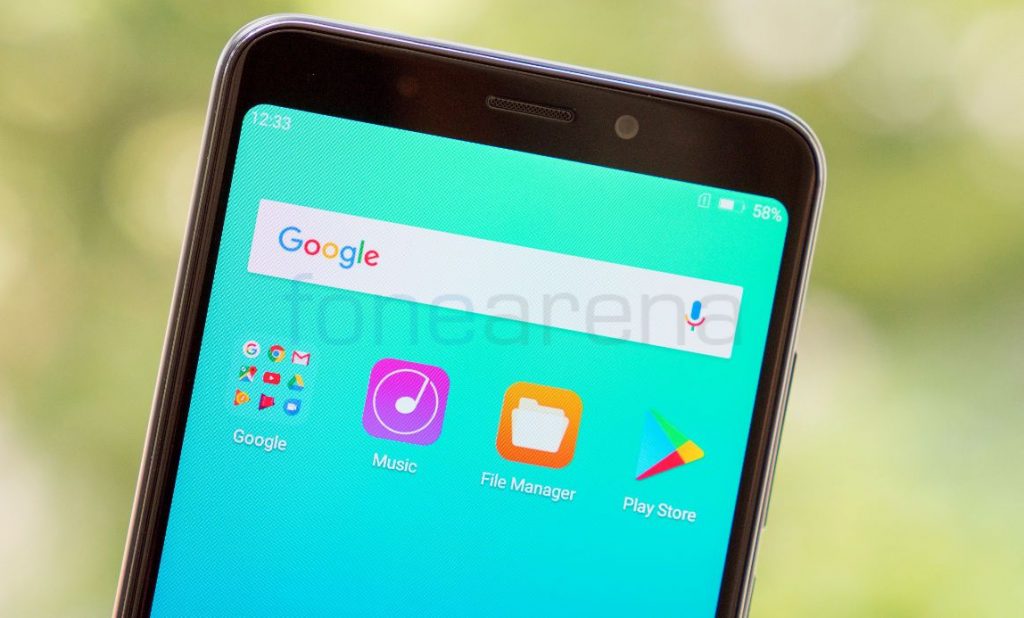 Above the screen there is a small bezel with an earpiece in the center and a 16-megapixel camera on the front with LED flash. There are the usual set of proximity and ambient light sensors and the phone also comes with a notification LED that glows in red color. It has a magnetic sensor, otherwise known as a magnetometer, but doesn’t seem to have a gyroscope. 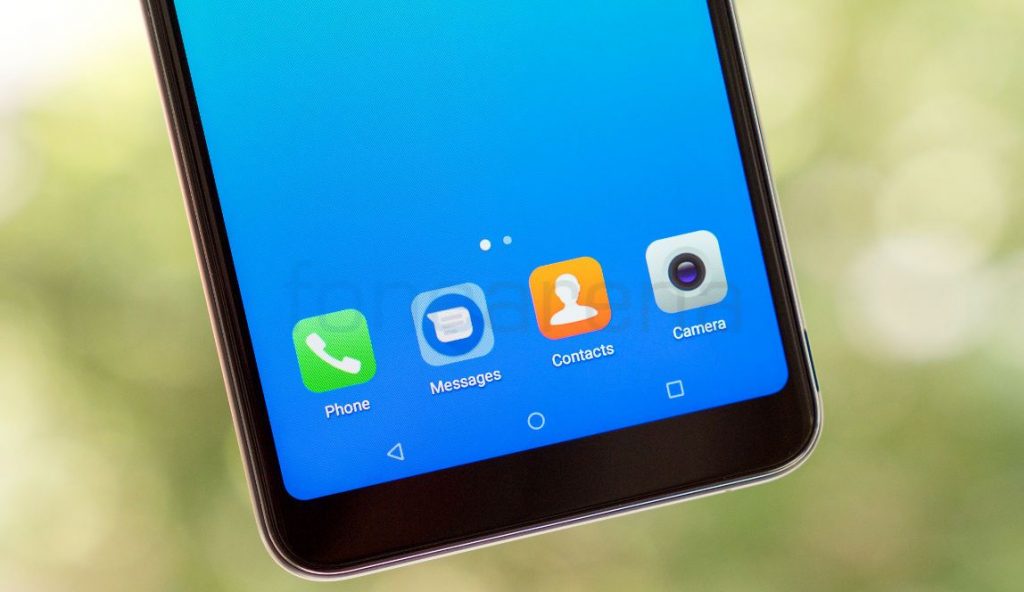 Even though there is a bezel below the screen, the phone has on-screen buttons. 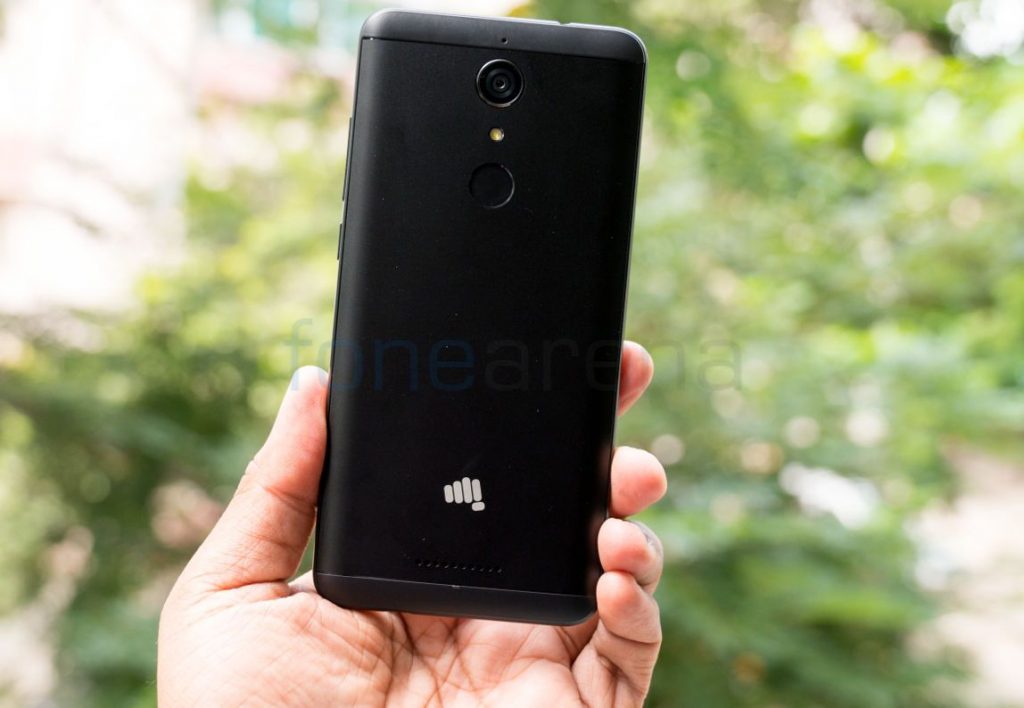 There is a 13-megapixel camera on the back with single LED flash. The secondary microphone is present above he camera and the fingerprint sensor is present below the flash. Even though only the middle part of the back cover is metal with plastic finish on the top and the bottom where antenna bands are present, the phone has good build quality. 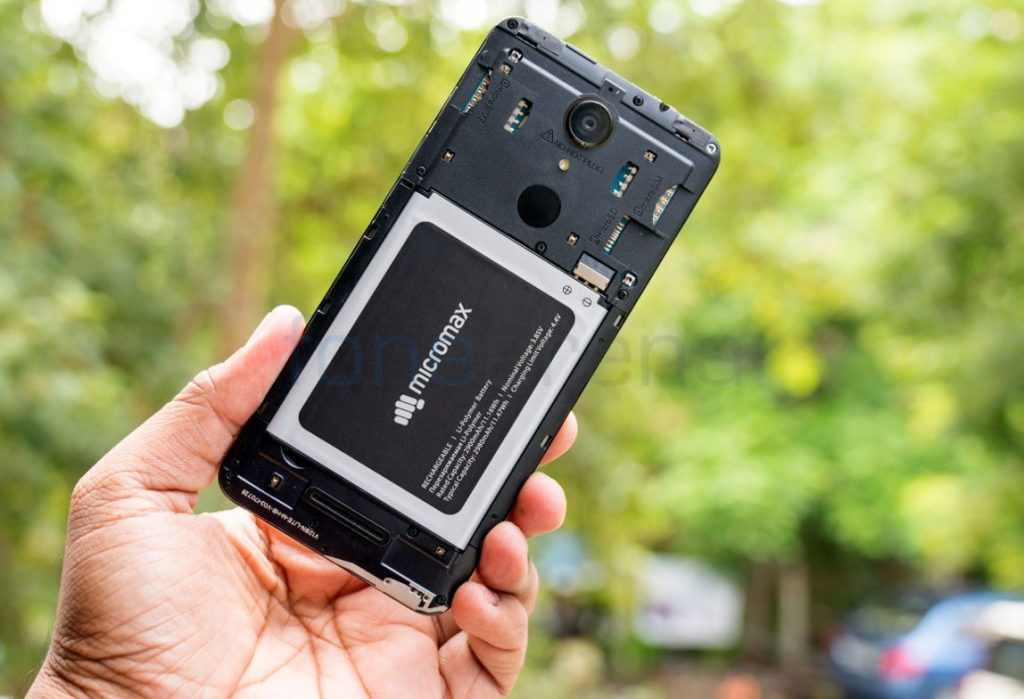 Removing the back panel is a bit hard. Under the back cover there is a 2900mAh removable battery. 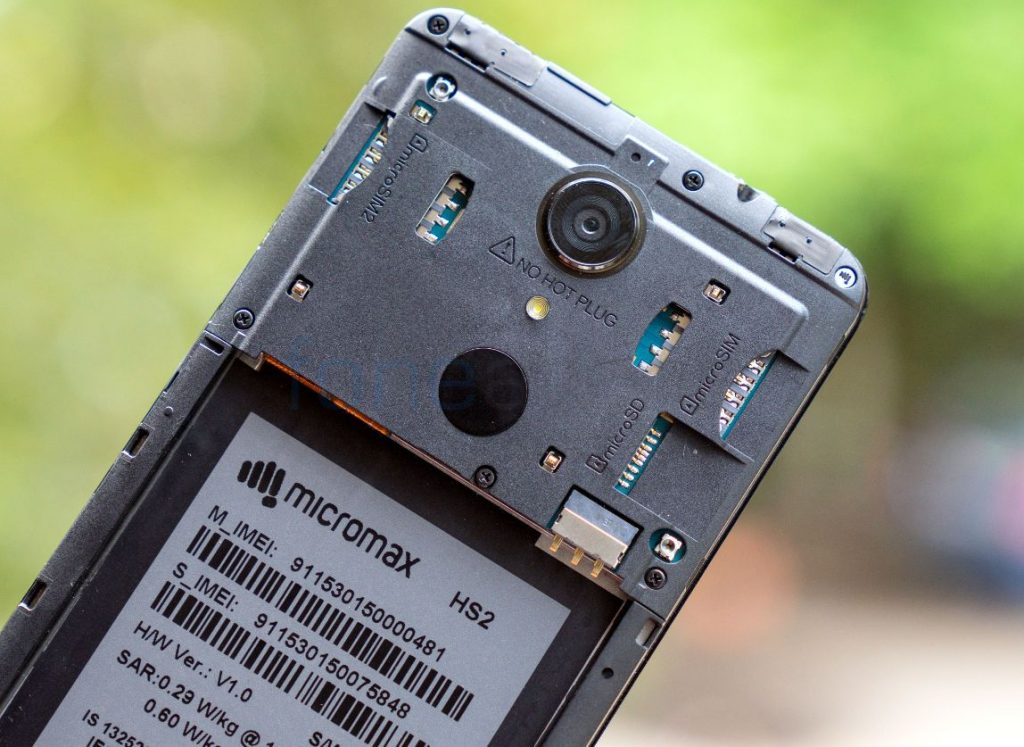 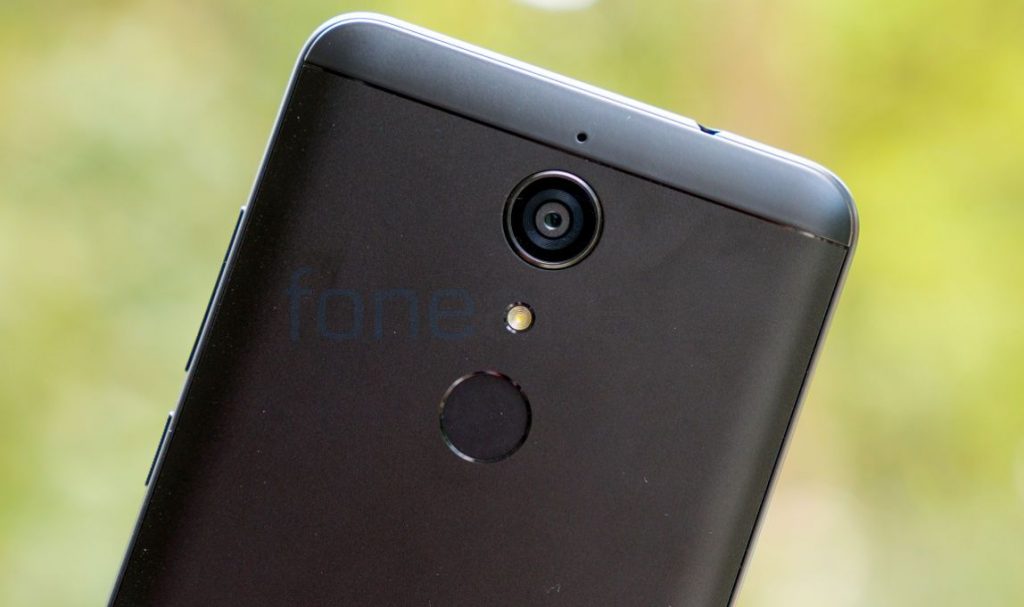 The camera UI has toggles for Flash, HDR and option to choose effects and modes including Super Pixel mode that lets you take images with a resolution of 51MP (8320 x 6240 pixels), Scene frame (to shoot images inside a custom designed frame), Night mode and QR code mode to read QR codes. On the right side of the camera UI there are Time Lapse, Video, Photo, Beauty and Panorama options.

Images are decent, but some images seem dull when it is cloudy or when the lighting is not good. Macro shots came out well. HDR shots decent with improved contrast and saturation, but again some images were dull. Low-light shots had noise but images were not that bad. Images with flash were good. The 16-megapixel front-facing camera is pretty good for selfies and video chats. The LED flash is just like a flash light that is always on when it is enabled, so it useful in poor lighting conditions.

Check out some camera samples (Click the image to view full resolution samples). 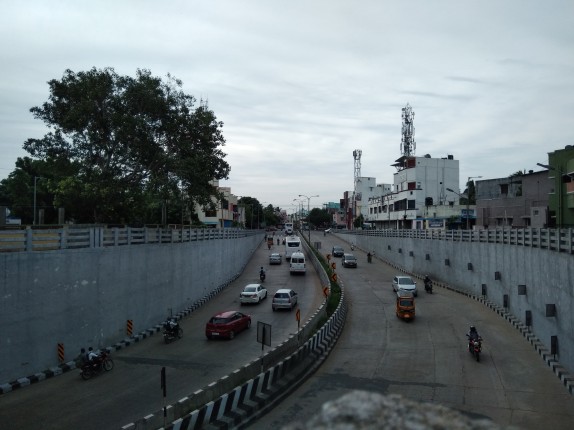 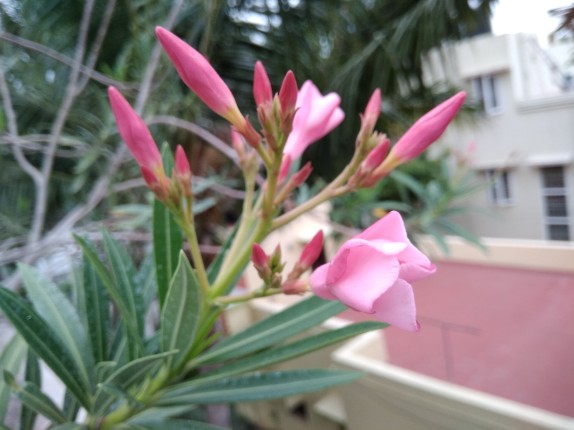 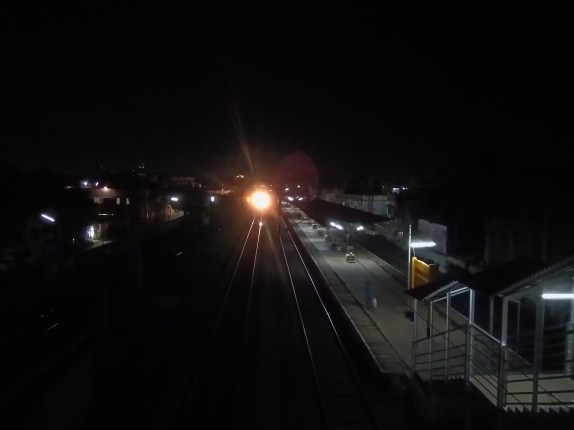 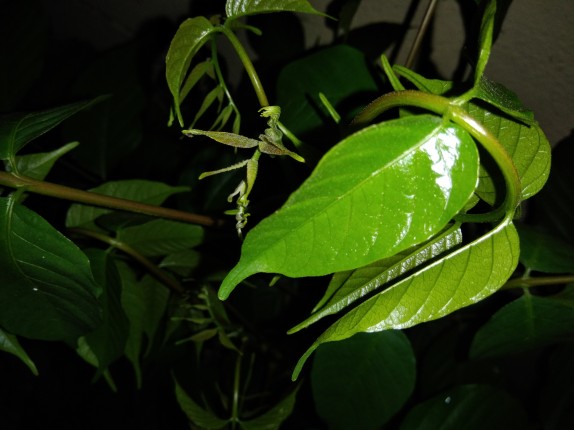 Coming to the software, it runs on Android 7.1.2 (Nougat) with July 1st 2017 Android security patch. Micromax has promised to offer an update to Android 8.0 (Oreo) for the phone but it has not revealed any time frame. The custom UI is similar to skin found in most phones from Chinese OEMs. You can edit toggle buttons easily and the phone has several customization options.

It also has some quick access functions like floating button shortcuts, gestures to draw letters on the screen to open apps and one-handed mode by sliding from left or right on the navigation bar.

Out of 3GB RAM you get 2.8GB of usable memory, out of which 1.7GB of RAM is free when default apps are running in the background. Out of 32GB of storage 29.12GB is usable, out of which 22.31GB is free since system takes 6.66GB of storage and the apps take up 159MB. You can expand the storage up to 128GB with microSD.

In addition to usual set of utility apps and Google Apps, it comes with Amazon, Asphalt Nitro, Facebook and Narendra Modi apps. It doesn’t have any other bloatware.

The phone has a custom music player and also has several equalizer presets. It also has FM Radio with support for recording. Loudspeaker output is good, but audio does get muffled when you place of the phone on a flat surface since the speaker is present on the back of the phone. The bundled in-ear headset is just average, but the audio through third-party earphones is good.

It has a dialer with custom skin and the Google Messenger is the default messaging app. Since this is a dual SIM phone, you get option to select either SIMs when calling or sending text message. There are no call drops and the earpiece volume is good.

It has 4G LTE connectivity with support for several 4G bands, including VoLTE support for Reliance Jio. Both the SIMs support 4G, but you can enable 4G only in one SIM at a time, while the other goes to 3G. Since this is a dual SIM phone, you can set preferred SIM for voice call, text and data. It has WiFi 802.11 b/g/n, Bluetooth 4.1, GPS and also has support for USB OTG. 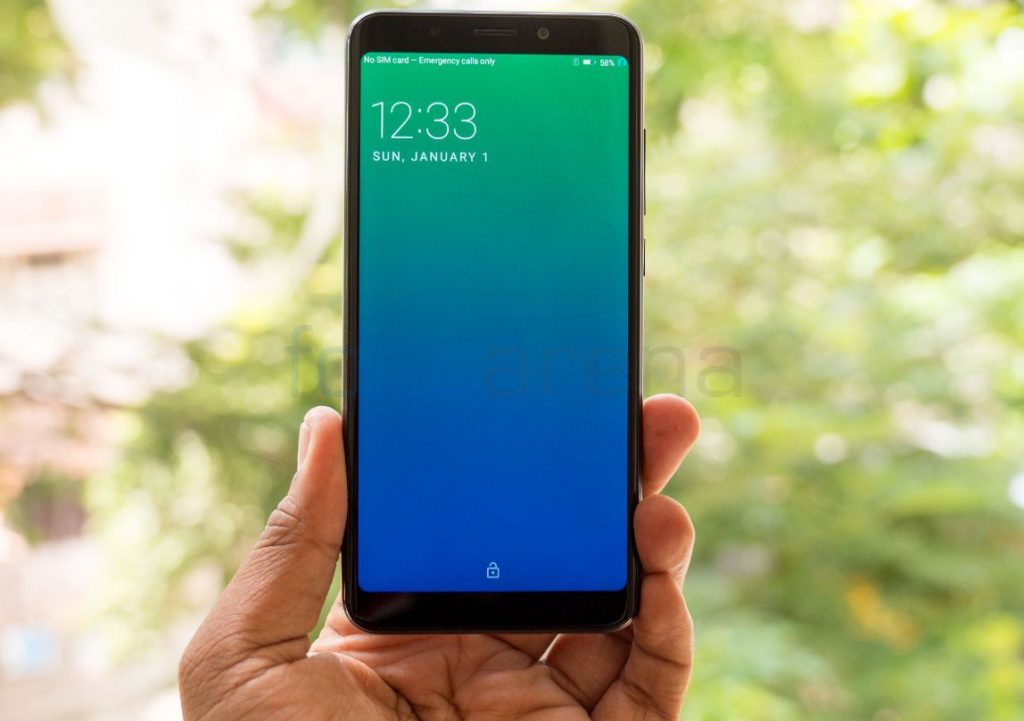 Coming to the performance, the phone is powered by a quad-core Snapdragon 425 Mobile Platform with four ARM Cortex A53 cores clocked at 1.4GHz per core and has 3GB of RAM. The performance is decent, but there are occasional lags, even though the processor and RAM combo are good enough to run a phone with a HD+ screen. It gets a bit warm on 4G use, but it doesn’t get hot when using 4G or when gaming.

It has Adreno 308 GPU. Since this is not a powerful SoC with average GPU, the gaming performance is not on par with powerful SoCs with Adreno 500 series GPUs from Qualcomm. That said, check out some synthetic benchmark scores below in which it scores well when compared to phones with similar range of processors. 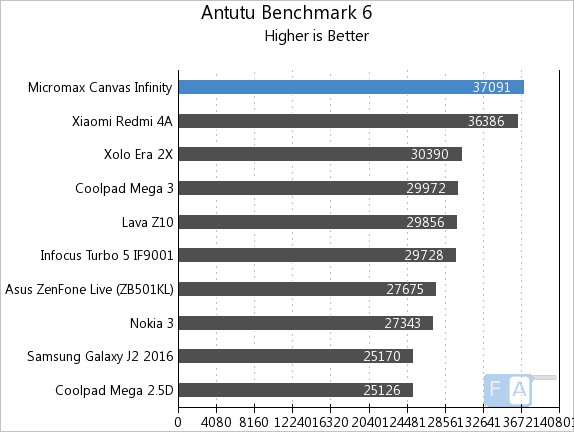 It scored 37091 points in the AnTuTu benchmark 6, better than other phones powered by similar quad-core SoCs. 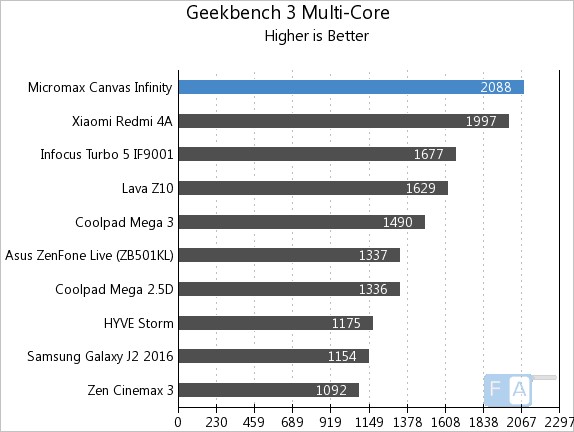 It topped the Geekbench 3 Multi-Core benchmark. 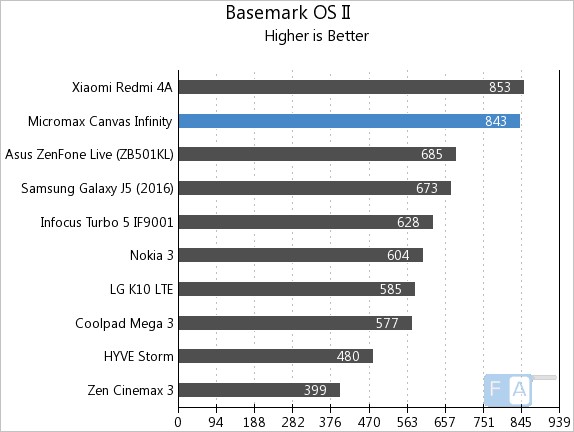 It scored 843 points and grabbed the second spot in the Basemark OS II benchmark. 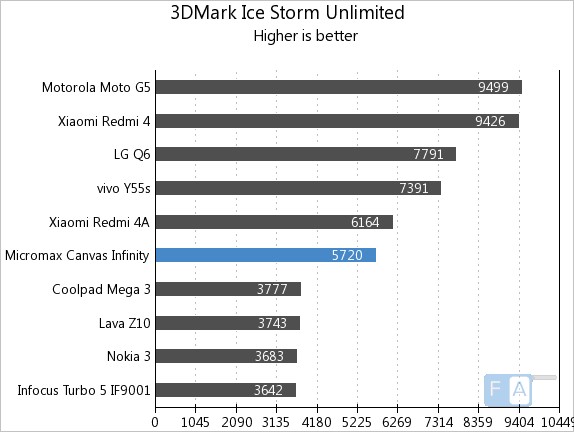 It scored 5720 points in the 3DMark Ice Storm Unlimited GPU benchmark and lies behind the Redmi 4A. Other phones on the top of the chart have a Octa-Core SoCs with better GPU. 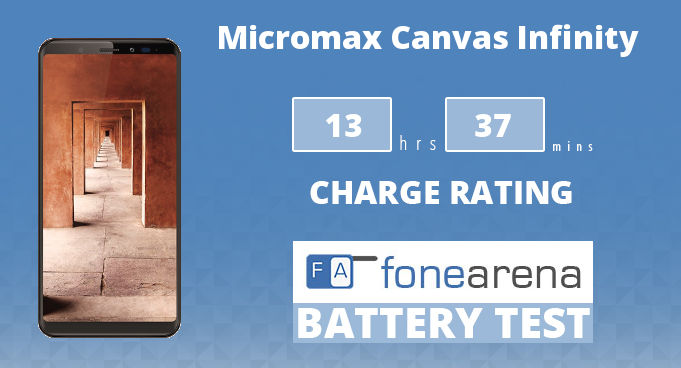 Coming to the battery life, 2900mAh (minimum) / 2980mAh (typical) removable battery offers decent battery life, but it is not impressive. It lasts for a day with average use, but it lasts for less than that with heavy use. Sadly, the phone doesn’t have fast charging so it takes over 2 hours to charge the phone fully. 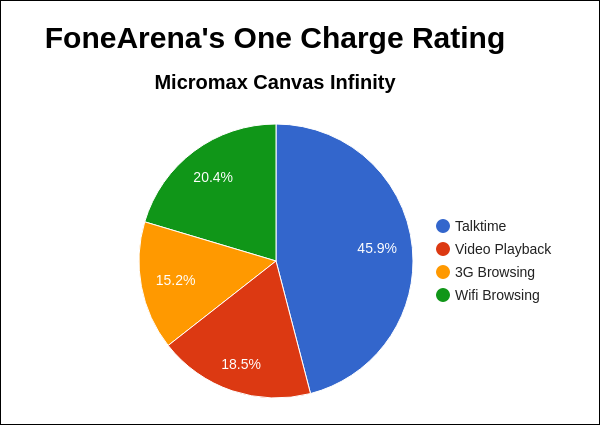 It achieved a One Charge Rating of 13 hours and 37 minutes, mainly due to brilliant talk time. Check out the complete set of battery life test results here.

At a price tag of Rs. 9,999, the Canvas Infinity is a good attempt from Micromax in creating a phone with minimal bezels at an affordable price tag. It has dedicated dual SIM slots and an expansion slot, in addition to 32GB of internal storage and also has a removable battery. I am not a fan of the custom UI in the phone, but some might like it or you can use a custom launcher. If you are looking for a phone with a large screen and minimal bezels in the price range, this is a good choice, otherwise there are a lot of phones to choose from.

The Micromax Infinity goes on sale starting September 1st, exclusively on Amazon.in. To summarize, here are the pros and cons of the smartphone.